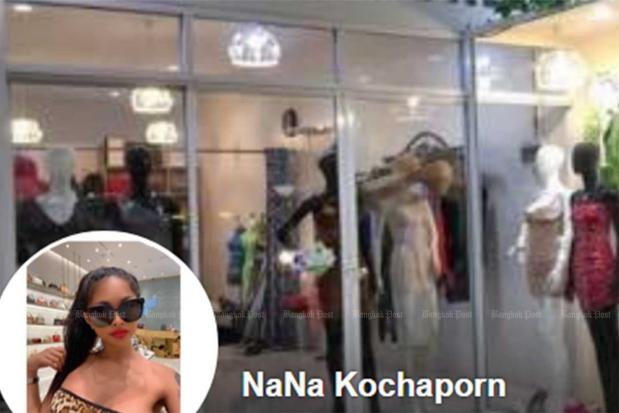 Facebook user NaNa Kochaporn comes under heavy criticism after posting an inappropriate message describing the 5,000 baht state subsidy she received, intended for people affected by the Covid-19 outbreak, as

The woman on Wednesday wrote on her Facebook account NaNa Kochaporn, “5,000 baht cash has already been wired to my account. It’s mere spare change behind my refrigerator,’’ meaning a small amount of money.  She then wrote, “Lung Toob’s money is now in my account.’’

Lung Toob, meaning Uncle Toob, apparently referred to Prime Minister Prayut Chan-o-cha, whose nickname is Tu.  His supporters call him Uncle Tu. However, Toob has an inappropriate, less polite, use, referring to his drooping ears.

Her post drew a barrage of criticism online. Pictures from her Facebook page showing her luxury lifestyle were widely shared and sparked questions why she was entitled to the state subsidy.

The Facebook user later deleted her post. She then wrote another message saying that she meant that 5,000 baht cash would not do much to help a person who was facing lockdown and had to pay huge expenses.

She said she did not intend to show off her wealth, just to ridicule the payment.

On Wednesday afternoon, she posted another message, apologising for what she had earlier posted.

She said she would donate the 5,000 baht cash she would receive every month to orphans.

Click "play" to listen to Woman says her B5,000 Covid subsidy is 'small change' and "Download" to keep this file for educational purpose.

barrage : a large number or amount of something, especially something bad like criticism - การระดมโจมตี

drooping (adj): bending, hanging or moving downwards, especially because of being weak or tired - ตกห้อยลงมา, ตูบ

entitled : having the right to have or do something - มีสิทธิโดยชอบ

mere : not large or important - เพียงเท่านั้น

orphan : to make a child an orphan (a child whose parents have died) - ทำให้เป็นเด็กกำพร้า

ridicule : to make somebody/something look silly by laughing at them or it in an unkind way - เยาะเย้ย, ล้อเลียน

subsidy : an amount of money that a government or organisation pays to help to reduce the cost of a product or service - เงินชดเชยที่รัฐเป็นผู้จ่ายให้