More+
A Day in the Life of a Photographer
Learning
Community

A Day in the Life of a Photographer

published : 12 Jun 2013 at 15:08
writer: Leeann Schudel
Photographers line up to get the best shot creating a wall of cameras.

Our interns had an early morning as they toured the ProPak convention under the guidance of professional photographer, Somchai Poomlard. 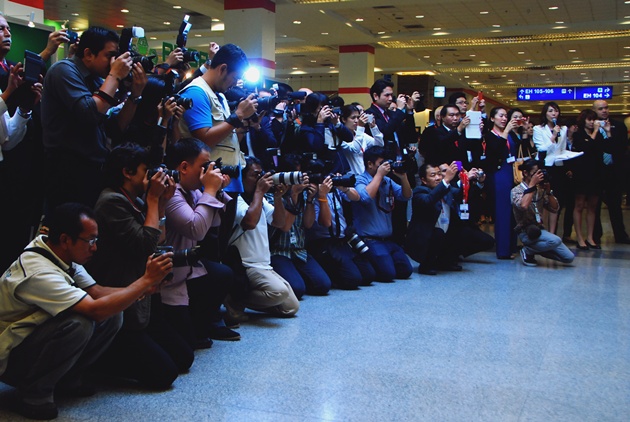 A massive wall of Nikons and Canons as the photographers try to get the best shot possible.  JAYNA MILAN

A Day in the Life of a Photographer

It was an early start for us as we raced out of our houses to beat the early morning traffic. Arriving at the Bangkok Post building, we were quickly escorted right back out into a car, and it was back onto the streets.

We pulled up in front of large, white establishment: the Bitech complex. Turns out, our assignment was to observe the work of professional photographers and get a taste of the annual ProPak Convention.  It was a bit overwhelming -- both the number of participants and the massive wall of Nikons and Canons covering the opening ceremony. 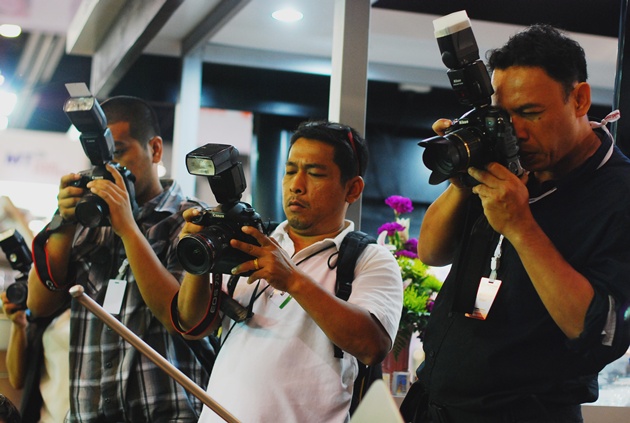 Our photographer, Somchai Poomlard (center), hard at work to get the best shot.  JAYNA MILAN

For it to be a photo worth including in the newspaper, you have to incorporate many different elements in the photo. For example, if you take a photo of a well known speaker such as the Director of the Department of Industrial Promotion, you would need not only a clear shot of the speaker, but also a background that adds to it such as a logo. We were told by Khun Sithikorn Wongwudthianun that a great photo is one in which no caption is needed. 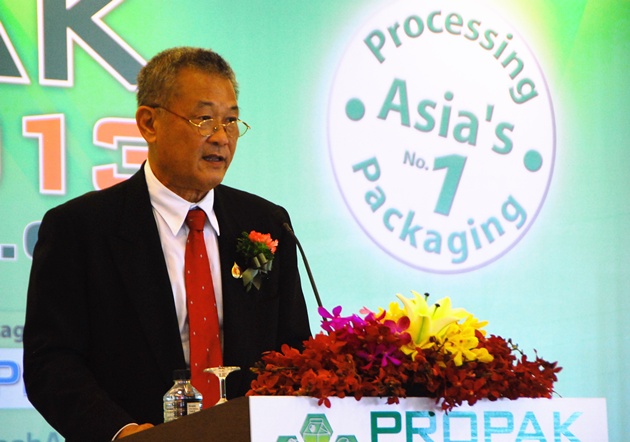 The Director of the Department of Industrial Promotion gives a welcoming address.  JAYNA MILAN

We tried our hand at taking photos as well, despite being without the massive Nikons and zoom lenses that all the other photographers had, so it was tricky to catch a laudable photo. Khun Somchai, on the other hand, was able to catch quite a number of impressive shots.

He later explained to us that although this event was his main priority of the day, he had to always be on standby, similar to all the other Bangkok Post photographers, in case an urgent event arises within his location at the time. From 8 am to midnight, there is always a photographer on standby, ready to capture the latest breasking news event.

After our little excursion, we returned to the photography room in the Bangkok Post offices, where we were given a glimpse of the database on Khun Sithikorn’s computer in which photographers post their photos for editors to pick and choose. 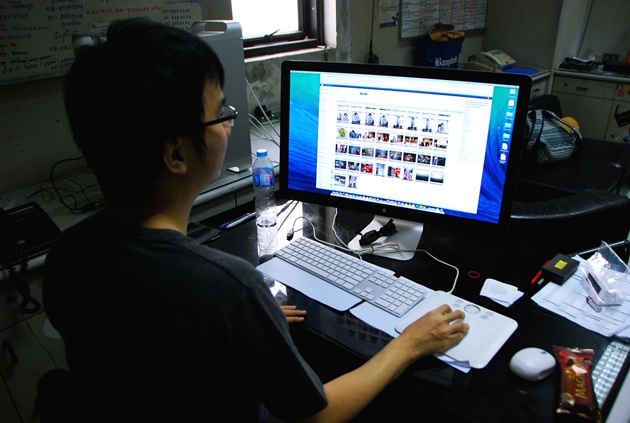 Sithikorn Wongwudthianun shows us the photo database on his computer.  JAYNA MILAN

There was a plethora of photos within the database, including photos from international sources. Frustratingly, for the hardworking photographers, only a small sample of their photos are actually published. It was clear that photography is a very competitive occupation and that it is difficult to receive recognition.

We really learned a lot about photography and the job in general. It was a great opportunity to have a hands-on experience.

Tomorrow will be completely different. We are going to Parliament to experience what it’s like to be a news reporter!

Other stories by our interns: