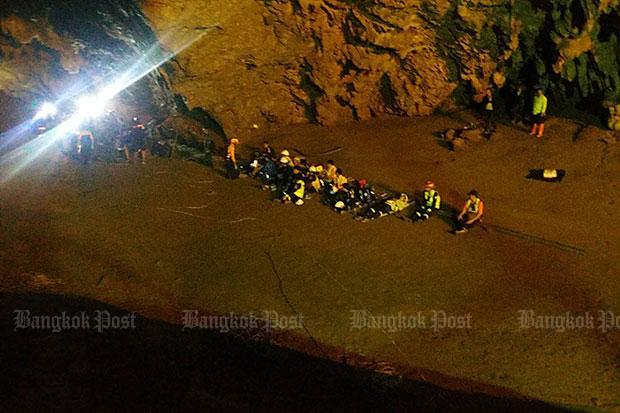 Click "play" to listen to Rising water obstructs search for trapped students, coach and "Download" to keep this file for educational purpose.

cave : a large hole in the side of a hill or under the ground - ถ้ำ

chamber : a space in something (in a body, in a plant, a machine, etc, which is separated from the rest - ช่อง

hope (noun): a belief that something you want will happen; something that you wish for - ความหวัง

pose a risk : to be a possible danger - กระทำการซึ่งอาจก่อให้เกิดอันตรายต่อ

SEAL : Sea, Air and Land, referring to a type of military unit and strategy begun by the US Navy -