Forest fires have sent air quality in nine provinces to a level considered harmful to people's health, as cities in the North registered air quality that was among the world's worst.

The air quality index (AQI) in Chiang Mai as of 4am Tuesday stood at 230, compared with 170 in the Bangladesh capital Dhaka and 164 in Kabul, Afghanistan, according to Air Visual, an app that monitors air quality. 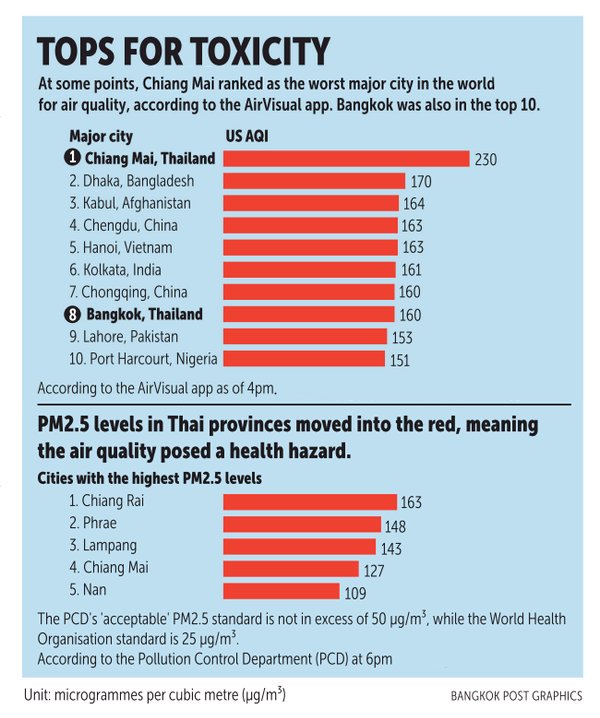 Dr Rangsrit Kanjanavanit, a Chiang Mai resident who serves as a lecturer and cardiologist at the Faculty of Medicine at Chiang Mai University, said the smoggy skies show how the government's campaign to eradicate forest fires and open burning has failed.

Critics say Thailand should work more with other governments to tackle the widespread practice of open burning.