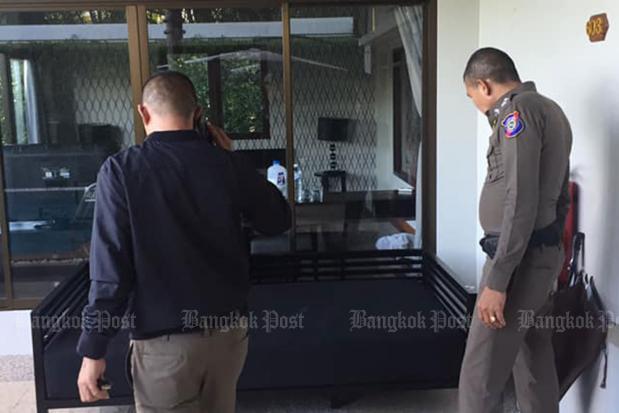 KRABI: A 40-year-old German tourist was found dead in a room at a hotel in Ao Nang district of this southern province with a plastic bag covering his head and tied around his neck.

The tourist was found dead on the bed in a room on the sixth floor of the luxury hotel on Tuesday afternoon, said police.

The man's name was withheld pending notification of relatives. Dressed in shorts and a long-sleeved shirt,  the man's head was covered by a green plastic bag fixed to his neck with duct tape. They believed he had died one or two days earlier.

Police said there was no sign of bruising on the man's body, and no traces of a struggle. His belongings, including his notebook computer, his passport, credit cards and cash, remained untouched. Two glasses of water were found on a desk.

Hotel staff told police that the tourist was travelling alone.

He was last seen on Sunday morning when he ordered room service breakfast. After he was not seen for two days, a hotel staff member opened the door and found his body, said police.

Click "play" to listen to German tourist found dead in Krabi hotel room and "Download" to keep this file for educational purpose.

bruising : marks that you get on your body if you are hit or if you knock against something - แผลฟกช้ำ, รอยฟกช้ำ

luxury : the best and most expensive of something - ที่หรูหรา

untouched (adj): having had nothing done to a person or thing; unchanged - ที่ไม่เปลี่ยนแปลง