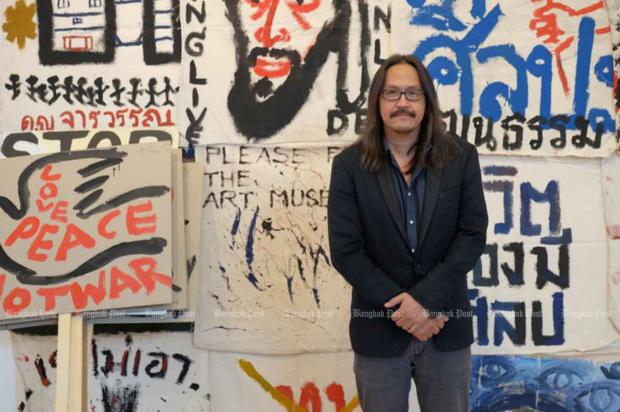 Bangkok Art and Culture Centre director Pawit Mahasarinand says the centre's new board has terminated his employment from next Tuesday over his remarks about City Hall's financial support.

In a letter to media on Tuesday, Assist Prof Pawit said the board that took office on May 31 resolved on Aug 31 to "fire" him, and he was required to continue working as director until close of business next Monday.

He said he was told that an evaluation committee was dissatisfied with his past remarks to journalists on financial support from the Bangkok Metropolitan Administration.

Asst Prof Pawit said he rejected an offer from the board that he instead resign, for a better image. He also said he had requested disclosure of the evaluation report on his performance.

He resigned from the faculty of arts at Chulalongkorn University on March 1 last year after more than 25 years of service to take up the position at the country's biggest art centre.

At that time he was informed his probation would last one year and his contract could be extended for three more years, he said.

Click "play" to listen to Bangkok art centre director 'fired' and "Download" to keep this file for educational purpose.

disclosure : information or a fact that is made known or public that was previously secret or private - การเปิดเผย

dissatisfied (adj): not happy or satisfied with somebody/something ไม่พอ - ไม่พอใจ

evaluation : the process of thinking carefully about something before making a judgment about its value, importance, or quality - การประเมินผล

fire : to make someone leave their job, sometimes as a punishment - ไล่ออก

probation (noun): a time of training and testing when you start a new job to see if you are suitable for the work - ช่วงระยะเวลาการทดสอบ

resign : to state formally that you are leaving a job permanently - ลาออก