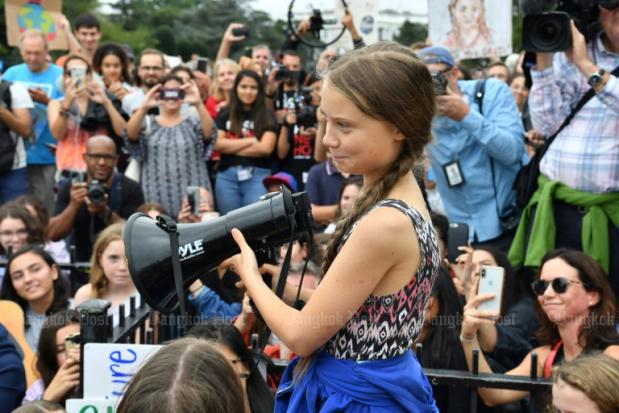 Swedish climate activist Greta Thunberg is only 16 but she has annoyed several world leaders.

President Donald Trump dismissed teen climate activist Greta Thunberg, named Time Magazine Person of the Year, with the suggestion that she "chill" and go to the movies.

Trump joined Brazilian President Jair Bolsonaro and Russian President Vladimir Putin on the list of world leaders who recently patronised the 16-year-old when he reacted to her Time honour.

"So ridiculous," 73-year-old Trump tweeted. "Greta must work on her Anger Management problem, then go to a good old fashioned movie with a friend! Chill Greta, Chill!"

Thunberg, who has shot to global fame since launching her "Fridays For Future" climate crisis protests, had a quick comeback.

"A teenager working on her anger management problem. Currently chilling and watching a good old fashioned movie with a friend," she wrote as her new Twitter bio.

Thunberg, from Sweden, has experience in dealing with unfriendly world leaders.

Putin described her in September as "kind," before adding dismissively that "no one has explained to Greta that the modern world is complex."

Thunberg soon changed her Twitter bio to "A kind but poorly informed teenager."

She did the same thing earlier this week after Bolsonaro's jibe, switching her description to "Pirralha," the word he used, which translates roughly to brat or pest.

Click "play" to listen to Trump tells Greta Thunberg to 'chill' and see movies and "Download" to keep this file for educational purpose.