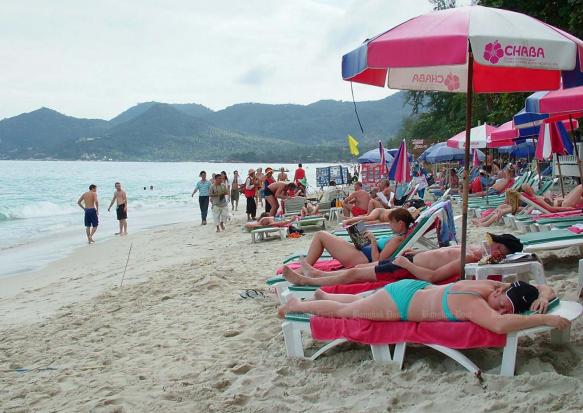 Hoteliers in Koh Samui are suffering from lower numbers of tourists.

The occupancy rate on the island during the final quarter this year, as of Dec 20, has plunged to 30% from 50% in the same period of 2018, said Vorasit Pongkumpunt, president of the Tourism Association of Koh Samui.

During the last two weeks of December, the occupancy rate should rise to 90%, putting it at 50% average for the year.

He attributed the low figures to the strong baht and trade war, as major markets such as the Chinese flock to cheaper beach destinations in Vietnam, the Philippines and Indonesia.

The occupancy rate for next year's first quarter in Samui stands at 35%, down from 50-60%, according to bookings.

Mr Vorasit said the situation in the upcoming year should worsen because at least 1,000 hotel rooms from big hotel chains are going to be added on the island, while the number of tourists has not kept pace.

Hoteliers will be involved in a price war because of the glut of 30,000 rooms, which will eventually lead to layoffs and other social problems, he said.

There are about 40 flights to Samui airport, operated by Bangkok Airways, with 3,000-4,000 passengers per day. Phuket has 200 flights per day.

Mr Vorasit said he would like the airline to consider providing cheaper airfare to attract more tourists to Koh Samui, especially during October to November.

Some 40% of tourists visit the island by air via Samui airport, while the remainder use ferry services from Surat Thani.

Click "play" to listen to Not enough tourists for Koh Samui hotels and "Download" to keep this file for educational purpose.

attribute to : to believe that something is the result of a particular situation, event, or person’s actions - ถือว่าเป็นของ

booking (noun): buying a ticket in advance; to arrange to have or use something on a particular date in the future - การจองล่วงหน้า,การจอง

glut (noun): over-supply, when there is too much supply of a good on the market, the people who want to buy the good (demand) is much less than the amount of good available to buy in the market (supply) - ปริมาณมากเกินต้องการ, จำนวนเหลือเฟือ

keep pace with : to move, increase, change, etc. at the same speed as somebody/something - เดินไปด้วยระดับความเร็วเท่ากัน

occupancy rate : the percentage of rooms in a hotel that have paying guests staying in them, i.e., paying guests occupying them -

trade war : when two countries fight by restricting exports from the other country, hurting them economically -