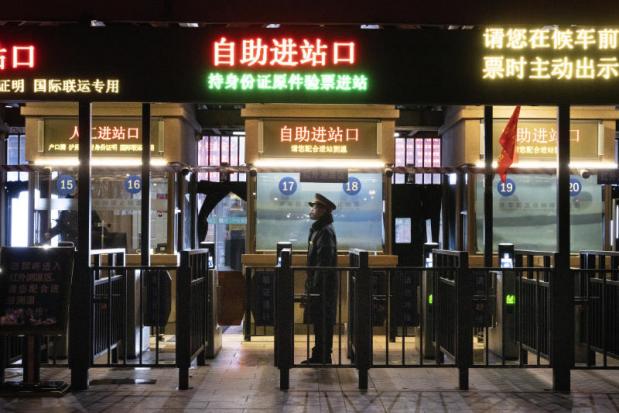 SIHANOUKVILLE, Cambodia: When Cambodia’s prime minister greeted passengers on a cruise ship amid a coronavirus scare on Valentine’s Day, there were hugs but no masks.

Not only did Prime Minister Hun Sen not wear one, assured that the ship was virus-free, his bodyguards ordered people who wore masks to take them off. The next day, the US ambassador to Cambodia, W. Patrick Murphy, who brought his own family to greet the passengers streaming off the ship, also went maskless.

But after hundreds of passengers had disembarked, one later tested positive for the coronavirus. Now, health officials worry that Cambodia has opened its doors to the outbreak, and that the world may pay a price as passengers from the cruse ship Westerdam head home.

Before the Westerdam docked in Sihanoukville, fearful governments in other countries had turned the ship away at five ports of call even though the cruise operator, Holland America, assured officials that the ship’s passengers had been carefully screened.

Hun Sen’s decision to allow it entry appeared to be political. The region’s longest-serving ruler and a close ally of China, he is known for his survival skills.

But Hun Sen’s critics worry that he might have acted rashly.

“Of course, he had to do the dictator thing: photo op, roses, exploit this for its maximum value,” said Sophal Ear, an expert in Cambodian politics at Occidental College. “Whatever is in the best interest of Cambodians is completely irrelevant to him.”

It is too early to tell whether the decision to let hundreds of passengers from the Westerdam fly off will be a disaster. Cambodian health authorities said that 409 of the 2,257 passengers and crew had left Cambodia for their homes across the globe. The rest remain in hotels in Phnom Penh, the capital, or on the ship.

Click "play" to listen to Cambodia may increase global coronavirus spread and "Download" to keep this file for educational purpose.

ally : a person who helps and supports somebody who is in a difficult situation, especially a politician - คนหรือประเทศที่อยู่ในกลุ่มเดียวกัน, พันธมิตร

ambassador : a senior official who lives in a foreign country and represents his or her own country there - ทูต

assure : to tell someone that something is true or will definitely happen - ให้ความมั่นใจ, ยืนยัน

bodyguard : a person or a group of people who are employed to protect somebody - องครักษ์,คนคุ้มกัน

dictator : someone who uses force to take and keep power in a country - จอมเผด็จการ

disembark : to leave a vehicle, especially a ship or an aircraft, at the end of a journey - ออกจากพาหนะ

exploit : to treat someone unfairly in order to get some benefit for yourself - หาประโยชน์จาก

grateful : a feeling that you want thank someone because they have given you something or done something for you - สำนึกบุญคุณ

irrelevant : not important to what you are discussing or doing - ที่ไม่เกี่ยวข้องกัน ไม่สัมพันธ์กัน

rash : acting or done too quickly, without considering the effects of your actions - ใจร้อน,ไม่รอบคอบ,ไม่ยั้งคิด,สะเพร่า