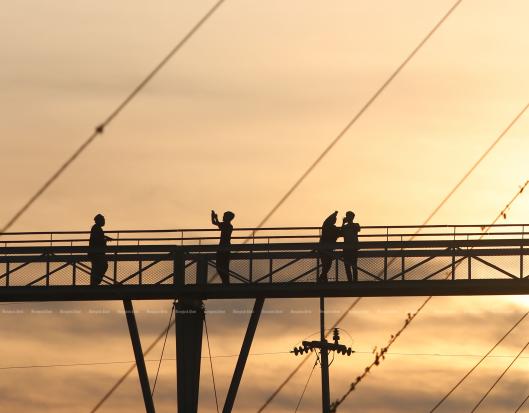 The Finance Ministry has agreed to a plan to launch a major domestic tourism promotion next month by giving 2,000-3,000 baht vouchers to 4 million people and free trips to 1.2 million medical personnel.

The campaign is aimed at boosting the economy and reviving tourism, said Tourism and Sports Minister Phiphat Ratchakitprakarn.

According to the minister, the Finance Ministry agreed to the scheme proposed by the Tourism and Sports Ministry. Under the promotion, one million tourism vouchers will be allocated to each of the country's four regions.

Krungthai Bank will develop an app for the allocation of the vouchers, which will be provided between July and October.

While the government has reopened many more businesses and activities under its third phase of easing of the countrywide lockdown, many tourists are still hesitant about travelling.

Mr Phiphat said the two ministries will finalise the overall budget and details of the scheme and the finance minister will submit it for cabinet approval later this month.

The thank-you gift for 1.2 million medical personnel such as village health volunteers and  hospital workers is to encourage them to take trips of up to three days using local tourism operators.

For the possible replacement Songkran holidays expected in July, the Tourism Authority of Thailand (TAT) governor disagreed with the idea of the having an entire week as a holiday. Instead, he said the government should have a holiday on the Friday or the Monday of each week throughout July to avoid large crowds gathering.

Click "play" to listen to Big push for local tourism and "Download" to keep this file for educational purpose.

allocation : an amount or share of something that is given to someone - การแบ่งส่วน

encourage : to cause someone to have more confidence or hope about something - ทำให้มีกำลังใจ

revive : to come or bring something back to life, health, existence, or use - ทำให้ฟื้นชีพ

scheme : a plan that is developed by a government or large organisation in order to provide a particular service for people - แผนการ โครงการ

voucher (noun): a printed piece of paper that can be used instead of money to pay for something, or that allows you to pay less than the usual price of something ใ - บสำคัญจ่าย