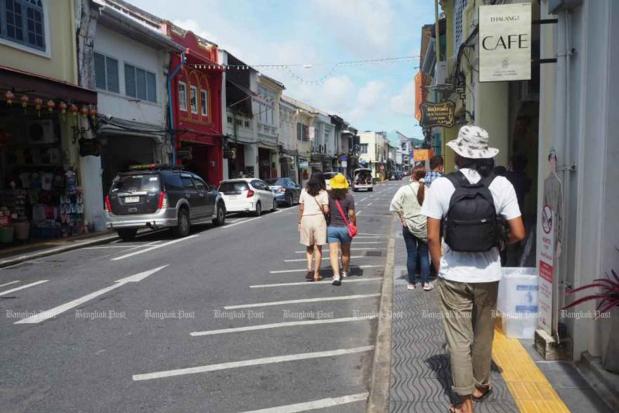 Phuket's governor on Monday asked all stakeholders to help restore its economy after figures show the province has lost more than 400 billion baht since the outbreak of Covid-19.

The resort island is suffering a crisis as the tourists it needs so much have been kept away by the travel ban introduced to control the pandemic, Narong Woonciew told a Public Health Association (PHA) forum.

Mr Narong said Phuket usually had 14 million tourists per year, 10 million of them foreigners, arriving on 300 flights each day. These had dropped to just 81 flights a day and tens of thousands of domestic visitors at an estimated annualised rate.

He added that 40,000 workers had lost their jobs and even those still in work had lost 20-90% of their income, while only 30% of all hotels were still open.

"Phuket is like a patient in a coma in ICU. So it is necessary for all stakeholders to help restore Phuket as quickly as possible,'' Mr Narong said.

He said the resort province was launching several packages to attract local and foreign tourists.

Next year, it might be still facing the same situation, so the government can help by organising seminars to draw large amounts of attendees to the province, he said.


PHA president Prapat Thamwongsa said the forum "Step to New Normal In Primary Health Care" was a chance to share ideas in order to tackle future challenges and raise people's understanding of how to prevent the virus spreading.

Click "play" to listen to Phuket 'a patient in coma': governor and "Download" to keep this file for educational purpose.

ICU (noun): the department of a hospital for people who are so ill or badly injured that they need to have special medical care and be watched very closely - ห้องดูแลผู้ป่วยหนักในโรงพยาบาล

package : many goods or services sold together in one "package" -

seminar : a meeting for discussion or training - การสัมมนา

stakeholder : someone who has an interest in the success of a plan, system, or organization, for example a worker in a company or the parent of a child at a school - ผู้ถือผลประโยชน์ร่วม

tackle : to make an organised and determined attempt to deal with something - จัดการ, รับมือ