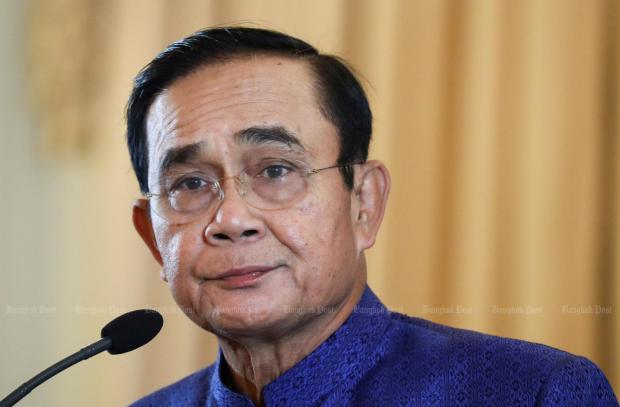 Prayut: 'The country will suffer'

Prime Minister Prayut Chan-o-cha on Tuesday warned that the country will lose an opportunity to move forward if the anti-government protests continue.

Speaking after Tuesday's cabinet meeting, Gen Prayut said that the protest leaders have already made known their real intentions, and that the public must decide for themselves.

The Saturday rally at Sanam Luang was led by the United Front of Thammasat and Demonstration (UFTD), with its 10-point manifesto, including demands for reform of the monarchy.


"We need to learn more and have rationale for action so it will not affect the public as a whole. Otherwise, the country and the people will lose opportunities. No one wins or loses. But it is the country that will suffer. That's what I'm more concerned about," the prime minister said.

Commenting on the student activists' plan to gather again outside parliament tomorrow, Prayut said that it should be left to relevant authorities to enforce the law to deal with the protesters, adding that the government is not in conflict with anyone.

The Metropolitan Police Bureau is preparing multiple charges against the 16 leaders of the anti-government demonstration last weekend.

Click "play" to listen to PM sounds protest alarm and "Download" to keep this file for educational purpose.

activist : someone who takes part in activities that are intended to achieve political or social change, especially someone who is a member of an organisation - นักกิจกรรม

manifesto (n): a written statement in which a person or group of people explain their beliefs and say what they will do -

rationale : the set of reasons that something such as a plan or belief is based on - คำชี้แจงเหตุผล, พื้นฐานของเหตุผล

suffer : to be badly affected by a very difficult or unpleasant situation - ประสบความลำบาก