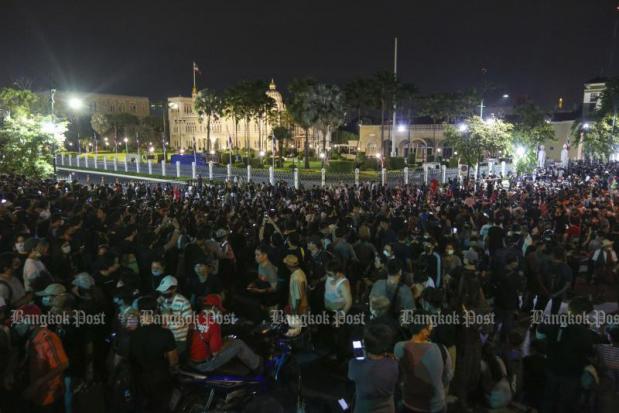 Protesters declared their intention to stay camped outside Government House for at least three days to put pressure on Prime Minister Prayut Chan-o-cha to step down.

Protest leaders said they will rally outside Government House for at least three days in their bid to force Prayut to resign.


The rally has largely been peaceful so far, with only minor confrontations with police and a few of the yellow-shirted pro-monarchists, who according to some reports were brought in by authorities.

The prime minister was in Pathum Thani to chair activities initiated by His Majesty, and his office will be closed on Thursday. 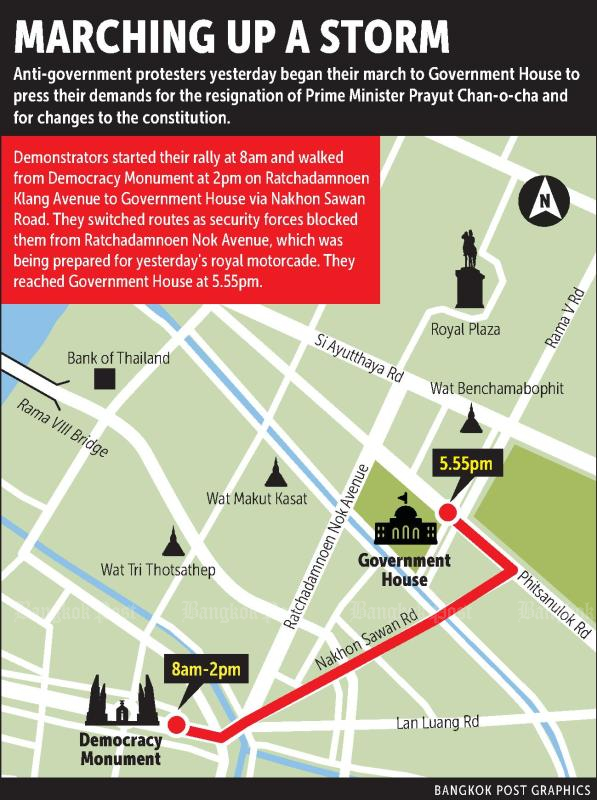 disperse : (of a crowd of people) to separate and leave in different directions  - สลายฝูงชน

initiate : to make something start - ริเริ่ม

march (noun): a walk by a large group of people to a place to protest about something - เดินแถว, เดินขบวน

monarchist (n): a person who believes that a country should be ruled by a king or queen -

oust : to force to leave a position of power - ขับออกจากอำนาจ

rally : to join a public meeting that a lot of people go to in order to support someone or protest against someone or something - ชุมนุม

royalist (adj): giving support to the royal family of a country -

vow : to make a formal and serious promise to do something or to promise what you say is true - สาบาน, ปฏิญาณ