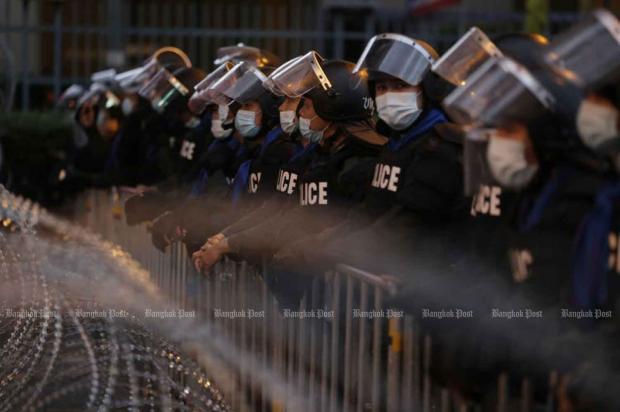 Prime Minister Prayut Chan-o-cha has revoked his state of severe emergency declaration in Bangkok on Thursday, saying the violence that prompted it is over.

The announcement was published in the Royal Gazette and is effective from noon on Thursday.


It said the state of emergency declarations were issued on Oct 15 and 16 to stop offences against the royal institution and unrest. The declarations had been set to be valid until Nov 13.

On Thursday Gen Prayut said that the violent situation had ended and government officials were able to use relevant laws to solve problems.


Therefore, he had revoked the state of emergency declarations and related announcements.

On Wednesday night, the prime minister said in a TV Pool address that everyone should take a step back in the conflict between the government and the anti-government movement.

He offered to lift the state of emergency, and asked that his opponents to reciprocate by toning down their speeches.

effective : officially begun to be used ; to take effect - มีผล

tone down (verb): to make a speech, an opinion, etc. less extreme or offensive - เพลา

violent : involving or caused by physical force that is intended to hurt or kill somebody - รุนแรง, ร้ายแรง, สาหัส