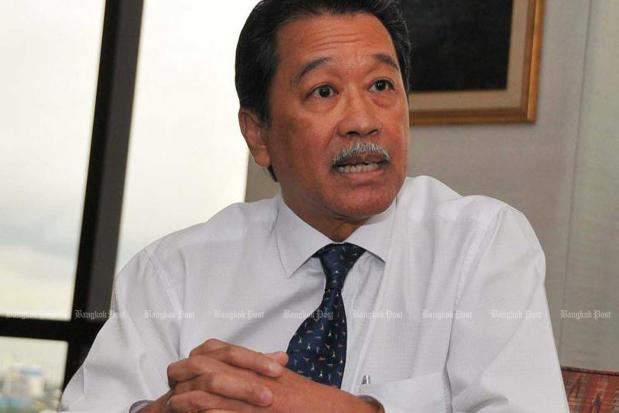 A former Thai Airways International (THAI) chairman was sentenced to two years in jail on Wednesday for failing to pay for 300kg of excess baggage in 2009.

Wallop Bhukkanasut was convicted and sentenced on charges filed by the National Anti-Corruption Commission (NACC).

Wallop was found to have abused his authority in ordering airline staff to change the stated weight of his luggage so he could evade charges for the excess.

Wallop and his wife returned from a trip to Japan in November 2009. He used his position to bring more than 300kg of luggage back from Narita to Suvarnabhumi airport without paying extra.


In early 2010, after an investigation, Mr Wallop was ordered to pay for the excess baggage. He resigned.

He was also accused of accepting gifts - Kobe beef and expensive fruit - from a private firm, with a combined value of more than 3,000 baht.

Click "play" to listen to Ex-THAI chairman gets 2 years for excess baggage and "Download" to keep this file for educational purpose.

abuse authority : to use of power in a bad, dishonest or unlawful way - ใช้อำนาจในทางที่ผิด

convict : to prove in a court of law that someone is guilty of a crime - พิสูจน์ว่าผิดกฎหมาย

evade : to avoid or escape from someone or something - หลีกเลี่ยง

excess : greater than is usual; too much of something   - มากเกินปริมาณที่พอดี

excess baggage : bags that weigh more than the official limit that each person is allowed to take on a plane -

luggage (noun): baggage; all the cases and bags that you take with you when you travel - กระเป๋าเดินทาง

sentence  : (of a court of law) to give a punishment - ลงโทษ