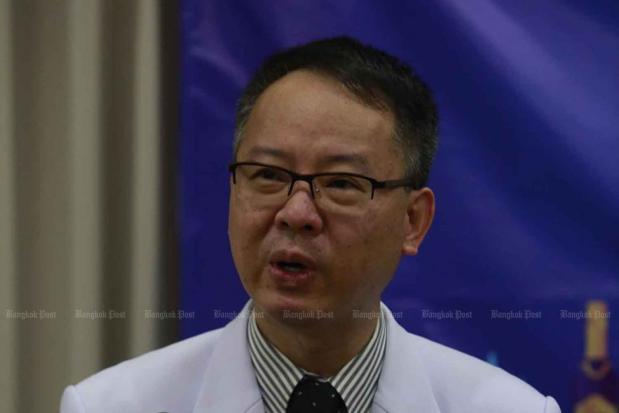 Pol Maj Gen Thanit Jirananthawat said the combined effects of the various drugs, which together harm human organs, can easily be fatal.

The combined effects of the various drugs can easily be fatal.

Police on Tuesday gave an update regarding investigations into the ketamine cocktail that has so far killed seven people.

Six of them were believed to have died immediately after taking the drug.

According to the autopsies, the victims died of heart and respiratory failure.

The source of this ketamine cocktail has not yet been found. All that is known is that it was sold in the area under Wat Phrayakrai police station and that some information regarding dealers has been reported. Police are currently looking for them.

A young woman was arrested in Bangkok's Sai Mai area and a quantity of the ketamine cocktail known as "k-powdered milk" has been seized.

dealer : a person who sells (illegal drugs in this case) - ผู้จำหน่าย

ketamine (noun): a drug that causes a lack of feeling in the body -