Govt to be stricter over work permits for foreign teachers | Bangkok Post: learning 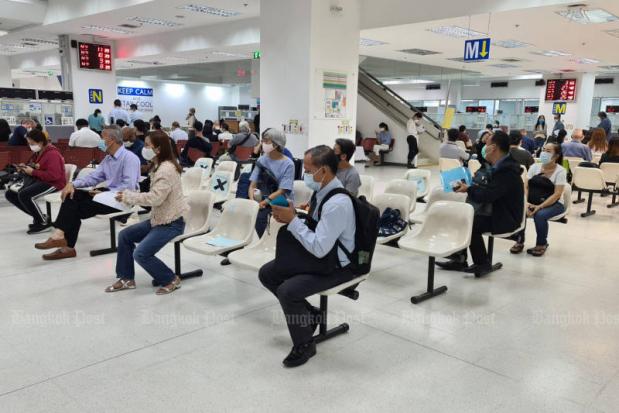 The Ministry of Labour has ordered the Department of Employment to be more strict in issuing work permits to foreign teachers at schools.

The order is part of the ministry's efforts against illegal foreign teachers who do not have work permits.

According to the Department of Employment, there are 6,129 foreign teachers working in 922 public and private schools in the country. The figures show 2,667 people are from the Philippines, 558 from the UK, 465 from the US, 237 from China and 160 from South Africa. The rest of them are from other countries.

Eight foreign teachers were found to not have a work permit.

One academic institution was found guilty of hiring foreign teachers who did not have a work permit or allowing foreigners to take jobs they are not allowed to do.

Foreign workers eligible for a teaching work permit must have a non-immigrant visa, not a tourist visa.

Under Thai law, foreigners wishing to work in Thailand must have a non-immigrant visa obtained by their employer. The visa is issued at the Thai embassy in their country.

Foreign teachers without work permits will be subjected to fines ranging from 5,000-50,000 baht and will be deported, the department said.

Click "play" to listen to Govt to be stricter over work permits for foreign teachers and "Download" to keep this file for educational purpose.

fine : to be required to pay an amount of money because you have broken the law - ปรับเป็นเงิน

immigrant : a person who has come to a different country in order to live there permanently - ผู้อพยพ, คนย้ายถิ่น

institutions : large and important organizations, such as universities or banks - สถาบัน

private : intended for or involving a particular person or group of people, not for people in general - ส่วนตัว

work permit (noun): the official permission for a foreigner to work in a country - ใบอนุญาตทำงาน