The first 317,000 doses of Covid-19 vaccines from Sinovac and AstraZeneca will arrive in Thailand on Wednesday, with 200,000 of them to be distributed to the 13 provinces considered to be the highest-risk zones. 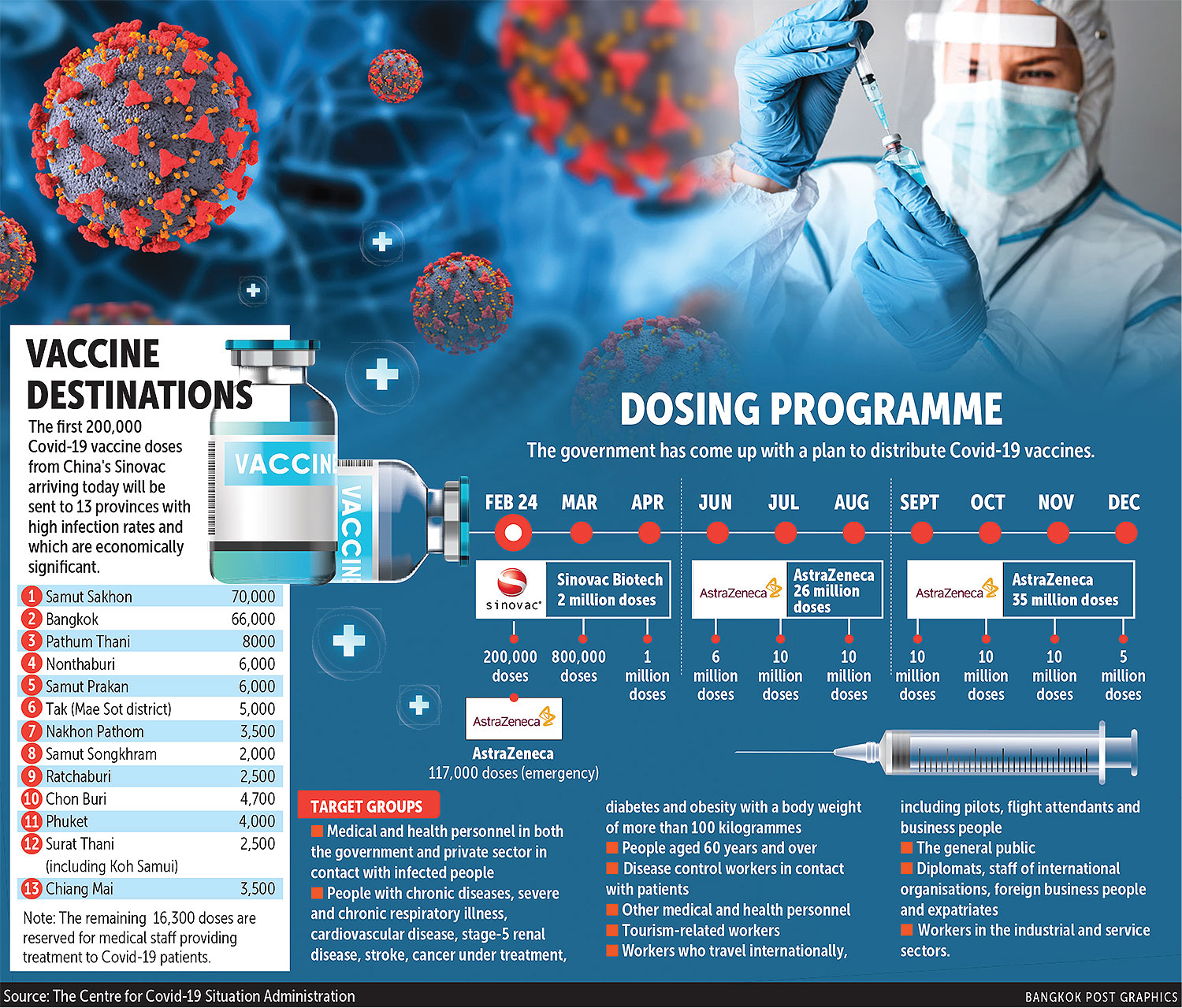 The doses arriving in Thailand are from two manufacturers -- 117,000 from British-Swedish multinational AstraZeneca and the rest from Chinese firm Sinovac.

Prime Minister Prayut Chan-o-cha's Facebook page said the first 200,000 doses from Sinovac will be given to priority groups within three days.

The first Covid-19 jab in Thailand will be given to the PM and it will be the AstraZeneca version.

A doctor had warned that the Chinese-made Sinovac vaccine had been tested only on 18-59-year-olds and its efficacy and side effects were not known in other age groups.

Since Gen Prayut is 67, that vaccine would seem to be unsuitable for him.

The intervals between first and second jabs are 14-28 days for Sinovac and six weeks for AstraZeneca.

No curfew, gatherings banned for 2 weeks

Nation will use AstraZeneca, despite fears