The government has stopped approving new applications for Test & Go and Sandbox entries -- other than through the Phuket Sandbox -- but will let previously permitted visitors arrive in Thailand as planned, Prime Minister Prayut Chan-o-cha said on Tuesday.

Prayut said the resolution was based on fears of the spread of Omicron and the safety of people in the country.

A further 90,000 have already been approved through the schemes, and they will be allowed to visit the country. Their health conditions will be monitored after arrival.

"There will be no new approvals for the arrival schemes until the situation is reviewed on Jan 4," Prayut said.

He said officials had assured him that resources would be sufficient and health personnel capable of handling any Omicron outbreak that might result from those whose arrivals have already been approved. 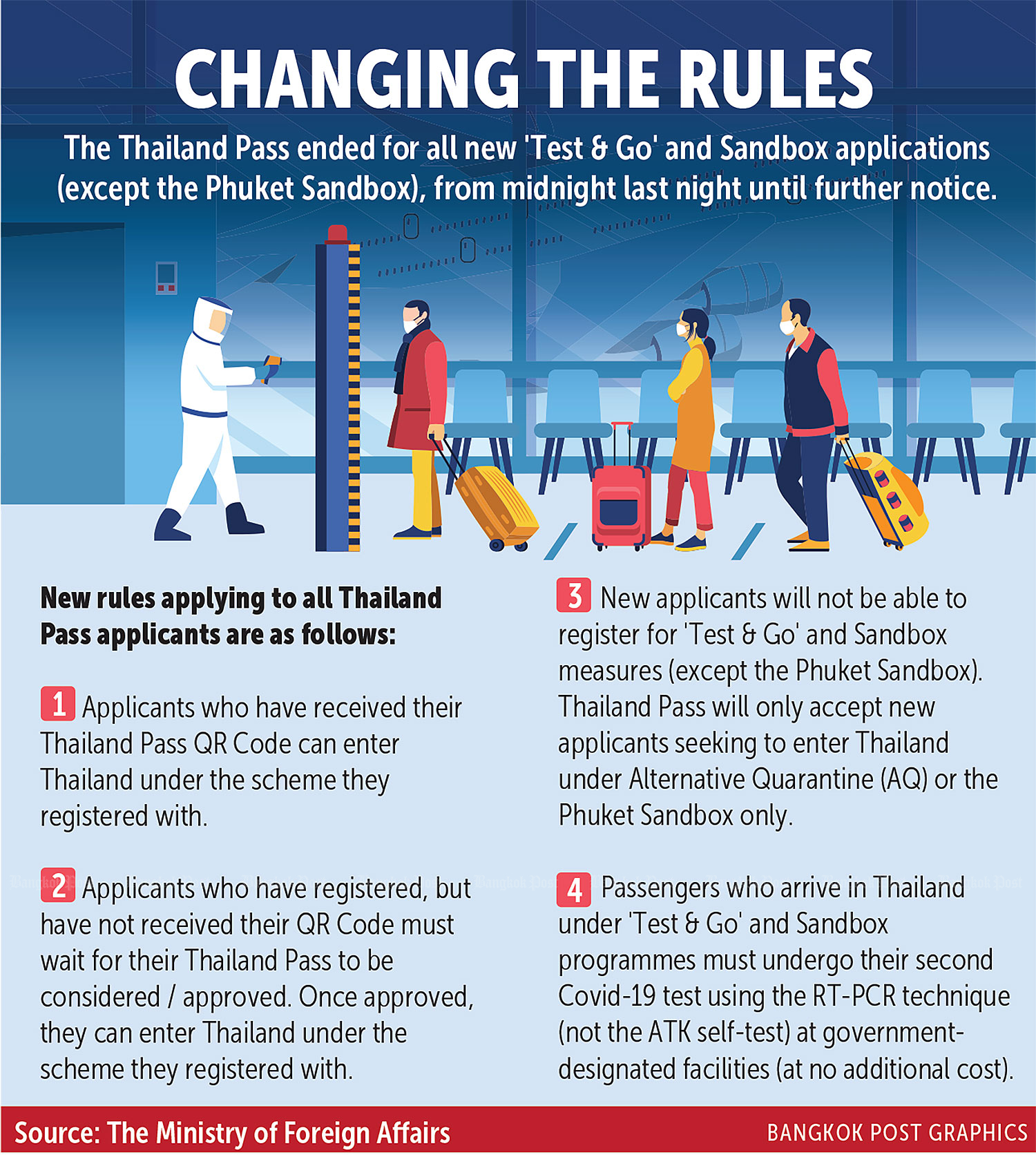 With the suspension of Test & Go and Sandbox entry options, quarantine would be fully restored for arrivals, he said.

The Test & Go entry scheme applies to visitors from specific countries, while the Sandbox scheme is open to all visitors from abroad. All arrivals must be fully vaccinated and test negative for Covid-19 shortly before entering the country.

New registration for all Test & Go and Sandbox entries, except the Phuket Sandbox scheme, would be suspended from Dec 21 to Jan 4.

The last group of previously approved arrivals via Test & Go and Sandbox would arrive on Jan 10.