Dong-won goes on the run

What would you do if you were wrongly accused of murder? It’s a terrifying thought. But this is what happens in the new Korean action movie, Golden Slumber. The film stars Gang Dong-won as an ordinary man who is framed for the killing of a presidential candidate.

The 37-year-old Korean star is a celebrated actor. Dong-won made his breakthrough in the 2004 action drama Temptation of Wolves. Since then, he has attracted wide acclaim for his performances in a variety of roles, including Maundy Thursday and Secret Reunion.

On April 4, Dong-won met with local press and fans at Golden Slumber‘s Thai premiere as a part of his tour to promote the film around South East Asia. Here are some highlights from the conference. 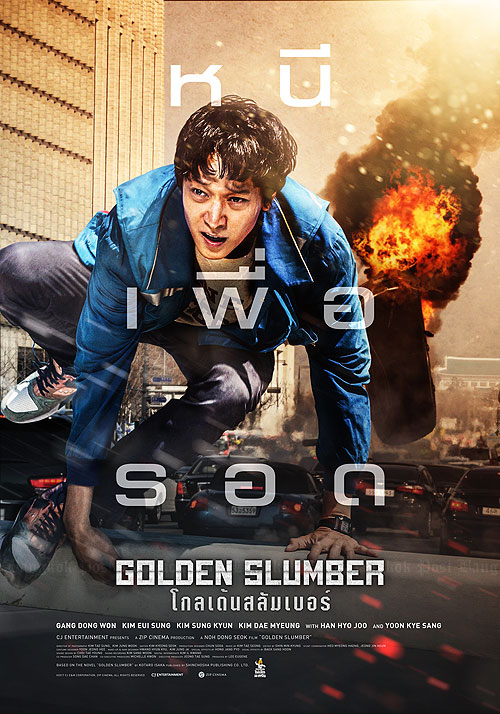 How does it feel to be in Thailand?

Dong-won: I’m happy to be here. My best friend lives in Thailand so I always come here on vacation. So I must have been more than 40 times. But this is my first time here for work. I told my friends that I don’t really want to be famous in Thailand because I feel free when I’m here.

What are your impressions of Thai people?

Dong-won: They’re very kind and friendly. People don’t care what others do. I really like that.

Do you have a preference for doing any particular kind of movie?

Dong-won: No. I just like being in movies. I don’t really care what kind they are. If the script, director and staff are good, then I’m happy.

Is it true that the idea for making Golden Slumber came from you?

Dong-won: Yes. I read the Japanese novel that it’s based on and I told the producer that it would make a fun movie. 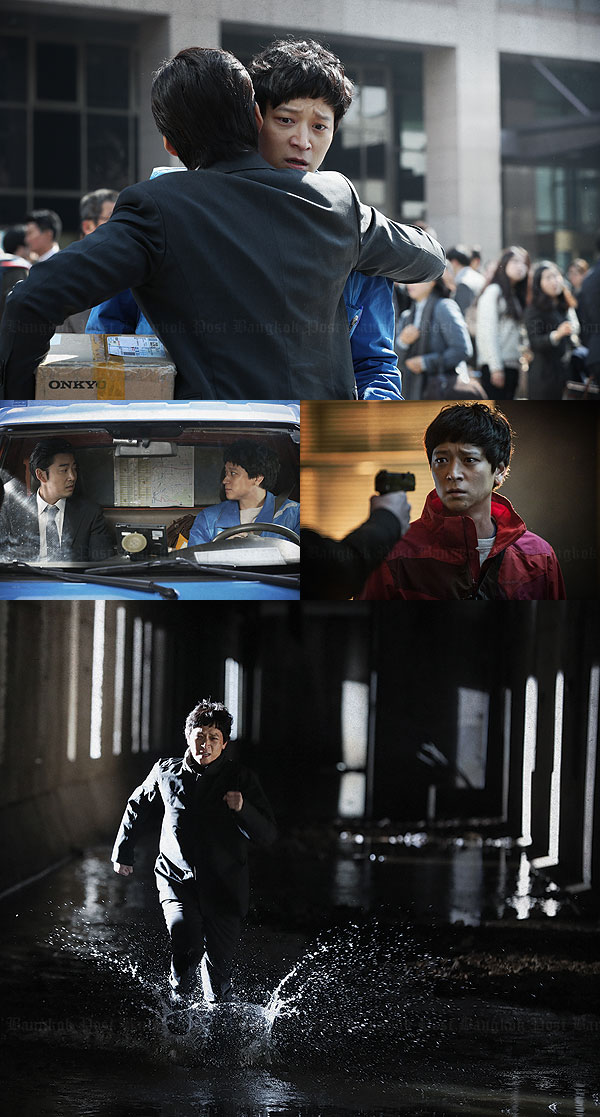 How did you prepare for your role in the film?

Dong-won: Gun-woo is an ordinary civilian, so I focused more on his emotions. I had to express a lot of emotion to show what he’s going through.

One dramatic scene in the movie takes place at Gwanghwamun Square. Can you tell us about it?

Dong-won: The Square is an important place in Seoul. There are many embassies there, so it isn’t easy to get permission for shooting. Luckily they said yes, but they gave us only four hours.

What was it like to sing the song “Cheer Up” for the film’s soundtrack?

Dong-won: This song is originally by Shin Hae-chul, who’s a legendary singer in Korea. The lyrics are about friendship. I really like this singer, so it felt great to sing the song.

How was the atmosphere in the recording studio?

Dong-won: I was with actors Kim Dae-myung and Kim Sung-kyun and we were all really nervous about singing. We decided to play rock–paper–scissors. Dae-myung lost, so he had to go first.

What else have you been working on recently?

Dong-won: I’ve just finished a film called The Wolf Brigade, based on a Japanese animation. It’s a bit dark, but has some romantic elements. The action scenes are new and different.

How have you been preparing for your first Hollywood movie, Tsunami LA?

Dong-won: We start shooting in two months. My English isn’t that good so I’ve spent the last three months with an American. He’s with me everywhere I go. He also helped me to practise my dialogue. Now I remember it all.