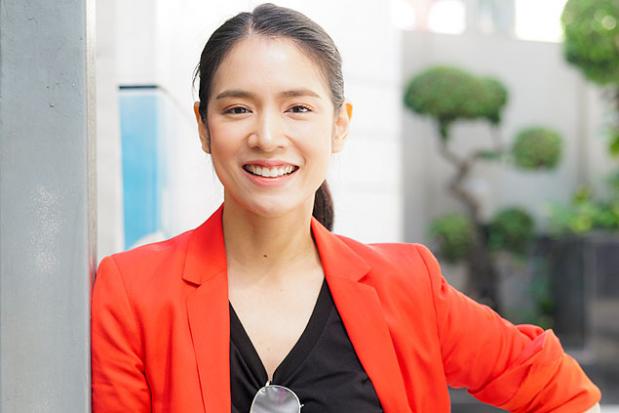 Manatsanun Phanlerdwongsakul (Donut) is probably best known as an actress.  But these days she’s more likely to be found directing the action from behind the camera. And she’s developing an impressive body of work. She has done music videos, the feature film Love Sucks and a tribute documentary to His Majesty the late King Bhumibol Adulyadej, The Journey: Banthuek Thang Gai Thueng Por.

Her most recent work as director and producer is Channel 3’s TV drama Duean Pra Dup Dao (Moon and Star). The show has had a bit of a troubled run. Lead actor Bomb Tanin was criticised for his wooden performance. And then the crew quit over artistic differences with the director. But despite all of these issues, Moon and Star, a drama about twins switching places, managed to complete its run.

S Weekly met up with Donut at Channel 3 where she told us about directing and her latest drama. 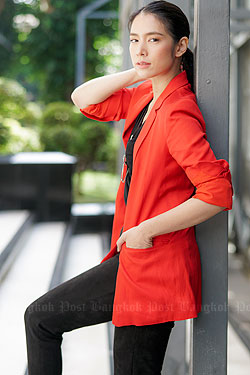 You studied digital film at New York Film Academy. Was that useful as a director?

Donut: Yes. It helped me to understand the filmmaking process. But working on set is the only way to apply that to a real situation. I also learned from my mistakes.

Was it difficult making the change from an indie film to something more mainstream?

Donut: Well, I don’t think Love Sucks is an indie film. It has a common theme. But with Moon and Star, I realised that I was working for a mainstream channel whose viewers expect entertainment. So we decided to adapt the script from a novel and make it up-to-date. I had fun working on it.

Do you always have fun at work?

Donut: No, not every day. I have more fun in post-production. Whenever you’re on set, you’re trying to solve problems.

Are you more of a director or a producer?

Donut: My company is small, so I have to do many roles. On set, I’m the director. My partner is in charge of managing everything. I leave it with her. But if you notice something wrong, you have to fix it. I want everybody to feel comfortable at work.

What was the most challenging thing about making Moon and Star?

Donut: Getting Bomb Tanin right for the part was quite challenging. But he had a great attitude. He learned and practiced a lot and, in the end, he improved. I think he is more interesting than a great actor who doesn’t care about improvement. 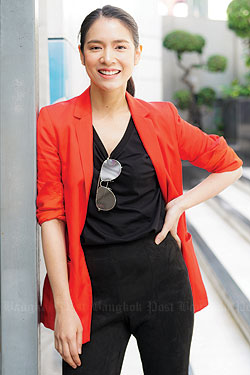 Were any scenes particularly difficult?

Donut: It was mainly the technical stuff that was difficult, especially the scenes where we had to see the twins together. Also, we had to figure out how Preem Ranida could play the twins’ personalities differently.

Donut: Great. She is a very talented actress. She can handle pressure well and isn’t afraid of working with anybody.

How have your working habits changed?

Donut: I’m less fussy than I used to be. [Laughs.] I try to not to complain as much because now I understand what it’s like to be a director.

Donut: It’s like taking a break. It helps me to stay sane. When I direct, I have to know every detail about a drama. But as an actress, I’m happy to know only my part.

You had a guest appearance on the sit-com Bo Ri Sat Ha Mai Jam Gat (Unlimited Joke Company). How did it go?

Donut: Comedian Kom Chauncheun asked me to appear on the show. It was fun to try something different. But I realised that I wasn’t good at comedy. I’m not that funny.

attitude : someone’s opinions or feelings about something, especially as shown by their behaviour - ทัศนคติ, ลักษณะท่าทาง

director : a person in charge of a film/movie or play who tells the actors and staff what to do - ผู้กำกับ (ทางภาพยนตร์)

mainstream : accepted or used by most people; considered ordinary or normal - ทั่้วๆ ไป

novel : a story long enough to fill a complete book, in which the characters and events are usually imaginary - นวนิยาย

post-production : processing of images after photos or video is taken, to produce a finished product -

producer : a person who makes the practical and financial arrangements needed to make a film, play, television or radio programme - ผู้อำนวยการสร้างภาพยนต์, ผู้ผลิต

tribute : something that you do, say, or build to show that you respect and admire someone or something - การแสดงความเคารพ ยกย่องต่อ