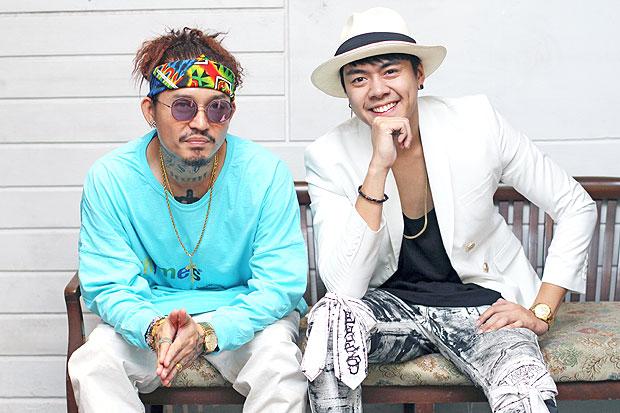 When a talent show becomes a hit in South Korea, it doesn’t take long for it to come to Thailand. The hip-hop contest Show Me the Money Thailand is the latest of these popular imports. When it launched, fans across the country tuned in to check out the fierce competition to find Thailand’s top hip-hop talents.

The show featured four teams - SunnyCash, DajimDajazz, BuddhaBless and Double P - each consisting of veteran producers, whose chemistry and sense of fun helped make the show a hit. Four of those producers - Sunnyday, Botcash, MVL and Mindset - have teamed up for the single “Yang Mai Klap (Don’t Go Home Yet),” as part of a special project called Project X. 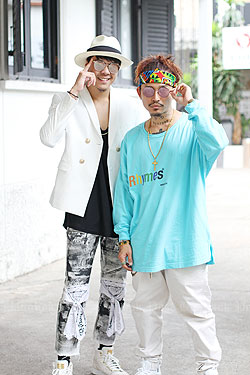 How did Project X come about?

Ae: While working on SMTM Thailand, we became close and wanted to work together. We all have different musical styles and thought it would be interesting to try and combine them.

Why did you call it Project X?

Day: It’s a reference to the idea that our music and lyrics have no limits.

What inspired you to write “Don’t Go Home Yet”?

Day: It’s for people who like to party all night. In the song, we have to leave the club at 2 am, but we’re not ready to go home. The lyrics were easy to write.

Is the song appropriate for young people?

Day: The lyrics aren’t vulgar, but some parents might feel it’s inappropriate for their teenage children. It’s aimed at slightly older listeners who go out to nightclubs.

What was it like to work together on SMTM Thailand?

Day: It was great fun. We really enjoyed what we did.

Ae: Music is an art. We didn’t go on SMTM Thailand for money. We were happy to work on the show.

Is it true that you both also like heavy metal?

What do you like about that kind of music?

Ae: It’s fun. Like hip-hop, there’s no limit to what you can sing about. The music can be sweet, serious or aggressive.

Day: When we listen to rock, we can bang our heads, stomp our feet and jump up and down. It makes you feel free and allows you to release stress. 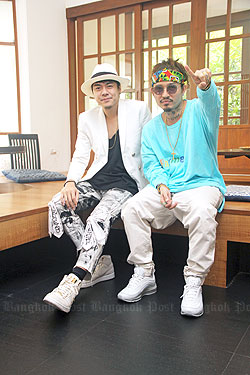 How did you feel when you saw the participants on the show?

Ae: I was surprised that so many were really good at rapping. It was so difficult to choose only 20 people from around 1,000 contenders.

Day: It was great. If the show has another season, I’ll let everybody pass the first round. [Laughs.] I want to encourage everybody.

Day, you’ve said the show is a game. Why did you get emotional when performers on your team were eliminated?

Day: The winner should be the one with most ability. A football match is decided by which team is better, not by viewers’ votes. Sometimes I felt we were unlucky. But we have to respect the rules. Anyway, we did our best.

What kind of qualities should a winner have?

Ae: I like a performer who has a unique voice. There are so many rappers. So it’s great if you come across somebody who’s instantly recognisable for their voice or style. Good lyrics and rhymes are important as well.

Day: They should have a fun attitude and have a good delivery. That helps the audience connect with them.

Do you have any advice for aspiring hip-hop performers?

Day: Come on the show. Give yourself a chance. SMTM Thailand offers a stage to show off your talents. If you’re brave enough to express yourself in front of the world, you’ll feel more confident and have more fun.

aggressive : behaving in an angry and violent way towards another person - ก้าวร้าว

appropriate : (opposite: inappropriate) suitable or right for a particular situation or purpose - ที่เหมาะสม

eliminate : to cause or require to leave (a competition) - ทำให้ออก

participant : someone who takes part in something - ผู้เข้าร่วม

vulgar : rude and likely to offend; not having or showing good taste; not polite, elegant or well behaved - หยาบคาย