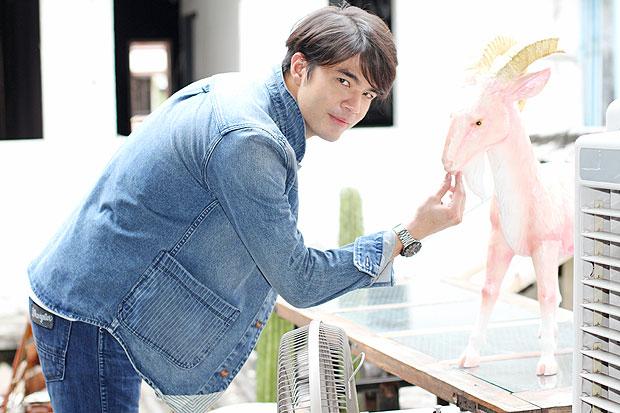 It’s hard to be alone. Many people, especially in Thailand, aren’t comfortable being by themselves. They worry what others will think of them if they eat out or watch a movie alone. But with more and more people living by themselves, maybe it’s time to take a different attitude.

This is what Thanakrit Panichwid (Wan) is encouraging people to do with his latest tune, “Sod Tat Sa Na Suek Sa (A Single Day Out)” featuring Mild. The song tells single people that they should enjoy going out by themselves. And his message has received a very positive response on YouTube, with several million views already.

S Weekly recently caught up with the 33-year-old, who was kind enough to take time out of his busy schedule to tell us about the song and his YouTube show Non Baan Puen (Sleepover With Friends). 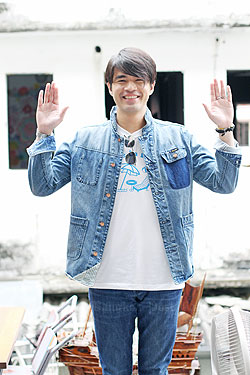 Is it true that you like going out alone?

Wan: Yes. I’m an only child, so I’m used to it. I find it easier to manage my time. Also, when I eat out alone in a restaurant, I think the waiters take better care of me.

Do you still travel by yourself now that you have a girlfriend?

Wan: Sometimes. There have been times when I’ve had a couple of free days and wanted to take a trip. But Fang couldn’t make it, so I went alone.

How do you feel when people say your song makes them want to be single again?

Wan: I think they’re missing the point. I’m trying to encourage single people to enjoy their lives, not encourage people who are in relationships to break up.

Did you expect the song to get such an enthusiastic response?

Wan: No. Every singer hopes to get lots of views, but I never expected so many. But a lot of songs these days get more than a million views. It doesn’t mean they’re better. I still like old luk krung songs, even though they don’t get many views.

What’s it like to host Sleepover With Friends with Two Popetorn and Tom Isara?

Wan: We’ve been working together for more than a year and it’s gone very smoothly. Two is very mature. He has a family so he’s responsible. When we film in his house he always reminds us to be careful not to damage anything. Tom’s more mischievous. He doesn’t talk as much, but when he speaks up, his timing is always right. 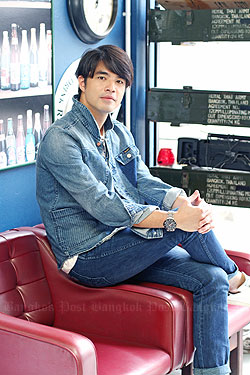 Do you like to sleep over at your friends’ places?

Wan: Actually, I’ve never done it. I’m a bit of a homebody. But I have friends who like to come over to mine. Some of them have a lot of siblings, so I guess their homes are too crowded.

Can you tell us about your solo segment, Wan Pai Rueay [Wan Wanders Around]?

Wan: It’s a casual section where I randomly meet people and talk to them. The atmosphere of the show is very laid-back and many of our sponsors are particularly interested in this segment. I think that viewers nowadays enjoy a more relaxed setting.

You often travel to Japan. Why do you like it so much?

Wan: I like their quality of life. Even people with low incomes can be comfortable and safe. Life is much better for the disabled. They can be independent and travel around anywhere in their wheelchairs. Even the garbage is well-organised.

Click "play" to listen to All by myself and "Download" to keep this file for educational purpose.

attitude : someone’s opinions or feelings about something, especially as shown by their behaviour - ทัศนคติ, ลักษณะท่าทาง

disabled : someone who has a condition, especially a physical one, that limits their activities in some way - คนพิการ

enthusiastic : showing a feeling of energetic interest in a particular subject or activity and an eagerness to be involved in it - กระตือรือร้น

homebody : person who likes to stay at home - คนที่ชอบอยู่บ้าน

quality of life : how nice and pleasant a person's life is, money being important but not the only factor - คุณภาพชีวิต, ลักษณะของการดำรงชีวิต, การใช้ชีวิต

responsible : sensible, reliable, and able to be trusted to do the right thing - มีความรับผิดชอบ

schedule : a list of things intended to be done - ตารางเวลา

sibling : a brother or sister - พี่น้อง