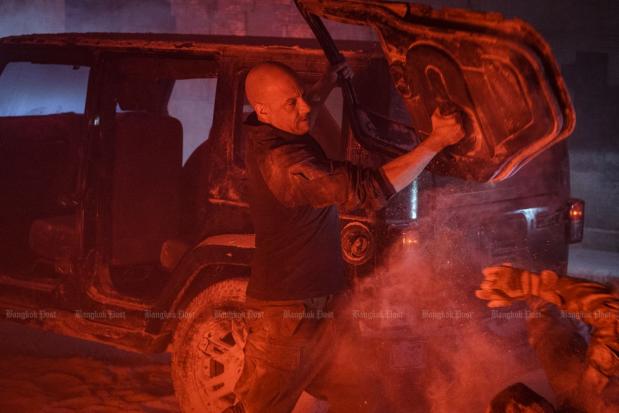 Based on the bestselling comic book, the new movie Bloodshot stars Vin Diesel as Ray Garrison, a soldier recently killed in action and brought back to life as the superhero Bloodshot. With an army of nanotechnology in his veins, he’s an unstoppable force – stronger than ever and able to heal instantly. But in controlling his body, the company who brought him back to life has power over his mind and memories, too. Now, Ray doesn’t know what’s real and what’s not – but he’s on a mission to find out.

Follow the fighting when Bloodshot opens in cinemas on March 12.

heal (verb): to make somebody/something healthy again; to cause to get better after an emotional shock - หาย, รักษาให้หาย

mind : the part of a person that makes them able to be aware of things, to think and to feel; your ability to think and reason; your intelligence; the particular way that somebody thinks - สติปัญญา, จิตใจ, ความรู้สึกนึกคิด

mission : an important job, especially a military one, that someone is sent somewhere to do - ภาระกิจ, หน้าที่, งาน

vein (noun): any of the tubes that carry blood from all parts of the body towards the heart - เส้นเลือดดำ, เส้นโลหิตดำ