Air unhealthy in much of Bangkok | Bangkok Post: learning 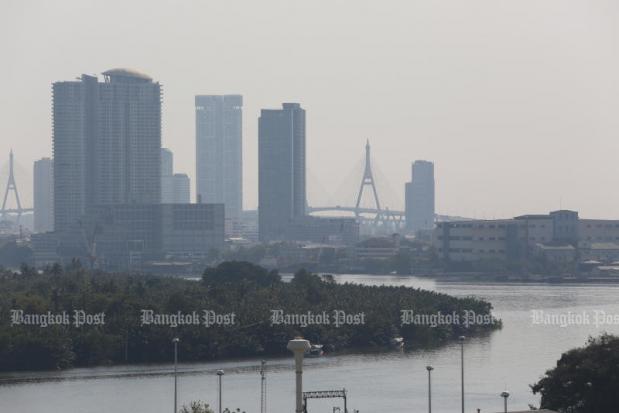 PM2.5 was at unsafe levels in 38 areas in Bangkok and its neighbouring provinces on Wednesday morning, prompting the Pollution Control Department to warn against outdoor activities.

The department and Bangkok Metropolitan Administration reported that levels of PM2.5 were in the orange zone in 38 areas, with levels measuring from 40-71 microgrammes per cubic metre of air.

Samut Prakan was the worst polluted with 71, followed by Krathum Baen district in Samut Sakhon and Bung Kum district in the capital with 70.

The PM2.5 levels have worsened since Monday. The government considers readings of 51 or more unsafe for health. Elsewhere in the world the safe level is usually much lower.

The department advised people in affected areas to stay inside if possible and wear a mask when they do go outside.

affected (verb): having received an effect or influence - ถูกผลกระทบ, มีผลต่อ