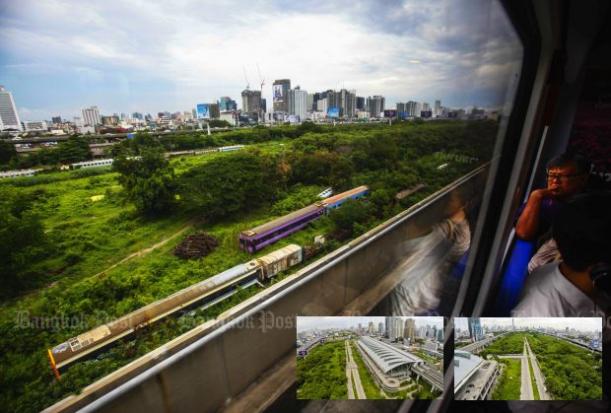 The State Railway of Thailand has agreed to lease its prime plot in Bangkok’s Makkasan area for a certain period to the Finance Ministry under a debt-to-land swap plan to clear some of its hefty debt of 110 billion baht. PATTARAPONG CHATPATTARASIL

Over the next two weeks the fate of Bangkok's largest green space in the Makkasan area will become clearer.

Since Bangkok lacks public green space and parks the issue is important for all people living in Bangkok.

The owner of the green space, the State Railway of Thailand (SRT), will survey 497 rai of land in preparation for redevelopment before leasing it (likely for 99 years) to the Finance Ministry's Treasury Department.

The lease is part of a 62-billion-baht debt write-off scheme for SRT.

Initially, the parties agreed that the lush green area, covering 150 rai, plus a 30-rai plot for a museum, will be spared from commercial development.

A total of 317 rai will be redeveloped for commercial purposes. 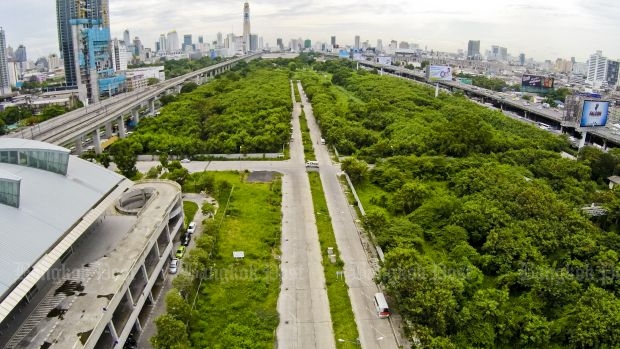 The new plan is far better than the old Makkasan Complex plan that was drawn up in 2005.

That plan, which attracted heavy criticism, would have turned the entire swath of land into a 195-billion-baht commercial area, including twin 99-storey towers, thousands of hotel rooms and condo units, office space and an exhibition centre.

Unlike the 2016 plan, not many trees would have survived.

PLANS MADE WITHOUT CONSIDERING WHAT THE PUBLIC WANTS

The SRT and the Treasury Department are making a redevelopment plan without consideration of public opinion first, which is a cause for worry.

Some buildings have historical value and should be preserved and not torn down.

One of these is an old warehouse, the first building on the property, that was recognised by the Association of Siamese Architects for its architectural value. 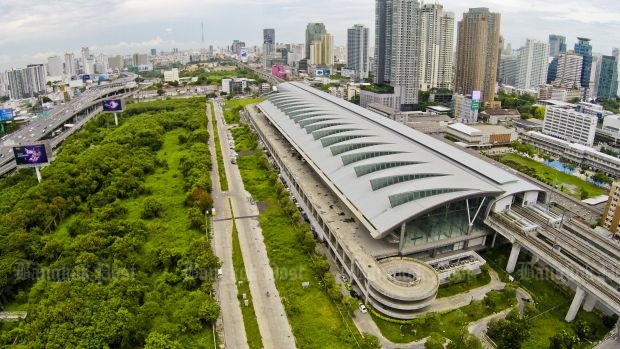 The massive Makkasan green area in downtown Bangkok looking in back of Airport Link Station.

Right now, there is no guarantee the new Makkasan commercial zone would be much different from the 2005 design that would have seen countless trees bulldozed, paving the way for luxury skyscrapers, malls, condos and offices.

Not to mention the air pollution from numerous cars going in and out of the area as a result of poor design, despite the area being connected to urban mass transit via the Airport Link station.

The Makkasan Hope project was a campaign two to three years ago launched to make sure that a park and a museum were part of the Makkasan development plan. The civic groups and network of people and organisations behind these efforts want to be a part of the Makkasan planning process from the very beginning.

The network insists that the project should also be co-managed by the government in addition to private companies and that old structures inside the property should be preserved and turned into useful facilities, in particular the eye-catching warehouses.

With such a prime location, these old warehouses and factory buildings could easily be turned into a museum, art galleries, exhibition centres or concert halls. This would definitely attract not only tourists but also investors.

TO RETURN HAPPINESS TO THE PEOPLE, LISTEN TO THEM

People these days don't just need a public park, with designated opening hours, for jogging or cycling. They also need a public space where they can also enjoy art and culture.

What is needed is a dialogue between the government and civic groups to ensure Makkasan is developed properly in the best interests of all the people of Bangkok.

And that must happen before, not after, the SRT bulldozes any structures.

In short, if the government wants to maximise the potential of the Makkasan green space and return happiness to the people, they should simply start listening to their opinions.

Click "play" to listen to Makkasan green areas: Parks or malls? and "Download" to keep this file for educational purpose.