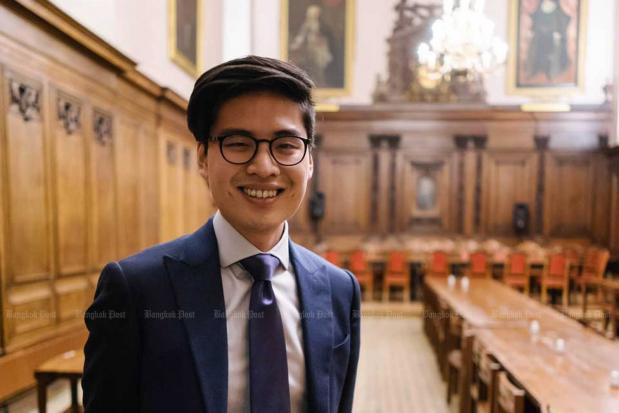 A Thai working in the United Kingdom was physically assaulted in what he claimed was a racist attack linked to the current global coronavirus outbreak.

Pawat Silawattakun, a 24-year-old tax consultant, posted on his Facebook page on Feb 9 that two teenagers shouted abuse at him due to his race and snatched his headphones as he waited to cross the street in London.

According to Mr Pawat, as one of the teenagers repeatedly taunted him and filmed him, the other snatched his headphones before running off.

Mr Pawat said he ran after the teenagers, but one of them suddenly turned around and punched him on the nose, knocking him to the ground.

He later sought treatment at a nearby hospital and reported the incident to the police.

"The climate of racism associated with the coronavirus provides validation to abuse people of East Asian ethnicity and has become widespread," Mr Pawat wrote.

"The shouting of 'coronavirus' may have been a distraction to steal my headphones, but nonetheless the intent was clear: I was targeted due to my race."

In response, the Ministry of Foreign Affairs said that Thais can seek help from Thai embassies wherever they are, if they were involved in a similar incident.

Foreign Ministry spokesperson, Cherdkiat Atthakor, said that upon being informed of the attack, the Royal Thai Embassy in London had already contacted Mr Pawat and was following the case closely.

"If Thais are attacked abroad under any circumstances, please file police reports and contact the nearest Royal Thai Embassy or Consulate for help," he told the Bangkok Post.

Mr Cherdkiat said while different countries have different measures to boost the safety of foreigners, he believed that the British "prioritise safety" and will take appropriate measures in response to the assault.

Click "play" to listen to 'Racist' London attack on Thai and "Download" to keep this file for educational purpose.

climate : a general attitude or feeling; an atmosphere or a situation which exists in a particular place - บรรยากาศ

consulate : the building where a government official works who is sent to live in another country and look after his/her own country’s citizens and business interests there - สถานกงสุล

consultant : a person who knows a lot about a particular subject and is employed to give advice about it to other people - ผู้ให้คำปรึกษา

faint : not strong or clear - อ่อน

nonetheless : despite what has just been said or done; nevertheless; even so - ถึงอย่างไรก็ตาม, ถึงอย่างนั้นก็ตาม

punch : a hard hit made with the fist (= closed hand) - การชก, การต่อย

race : one of the main groups that humans can be divided into according to their physical differences, for example the colour of their skin - กลุ่มชาติพันธุ์, เผ่าพันธุ์

racism : a way of behaving or thinking that shows that you do not like or respect people who belong to races that are different form your own - กาเหยียดผิว

taunt : shouting cruel things at someone in order to make them angry or upset - การพูดส่อเสียดเสียดสี

taxes : money that you have to pay to the government so that it can pay for public services - ภาษี

validation (n): the feeling that other people approve of and accept you -