Thanks to a downsized diesel engine and 10-speed automatic, the Ranger has further cemented its status as the best all-round pickup. 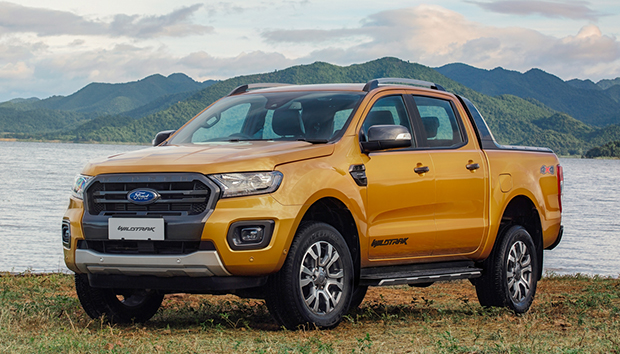 After being on the market for seven years in its current generation, the Ford Ranger has received its second facelift including a more pronounced front grille and restyled bumper.

More features has been added to the specification, as well, like Sync 3 infotainment with voice control in either English or Thai.

While new convenience items comprise of keyless entry/start and easy tailgate operation, the number of driver-assist systems have increased from four to six in the range-topper called Wildtrak, as tested here at 1.265 million baht. The new items are parking-assist and automatic braking at city speeds.

The biggest headline comes under the bonnet. In place of the old 3.2-litre five-cylinder diesel comes a new 2.0-litre four-pot variant.

Called EcoBlue and designed in-house at Ford, the downsized motor has been designed with less friction to improve economy and CO2 emissions.

Outputs of the bi-turbo unit are rated at 213hp and 500Nm, 13hp and 30Nm more than in the Duratorq-labelled predecessor.

Another new development is the 10-speed automatic superseding the six-speeder. Together with the engine, this gearbox helps reduce CO2 emissions from 239g/km down to 200g/km decreasing excise tax from 13% to 10%.

The 2.0-litre engine also enables users to enjoy far lower annual tax than the previous 3.2-litre due to its lower displacement (the Land Transport Department has yet to adopt a CO2-based calculation). 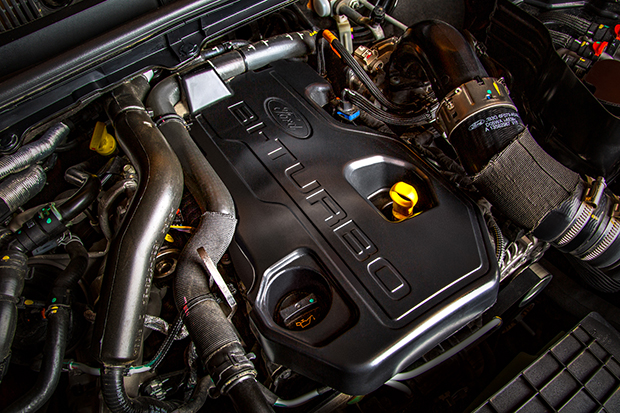 The smaller diesel-turbo yields merits in several areas such as refinement, low-rev punch with maximum grunt starting at just over 1,700rpm and more power on top of the engine speed range.

In other words, the best bits it has to boast over its entire competition are quietness and mid-range punch. The 11kpl average rating we achieved is not only better than in the older 3.2 but basically on par with its opponents.

The 10-speeder also aids for more responsiveness when overtaking other vehicles on the road and shifts progressively and smoothly. This gearbox also helps on fuel economy whereby the top three ratios are overdrive gears.

Ford has made the ride softer in the first facelift of the Ranger which is an acceptable thing given that double-cabs are rarely used as outright cargo-hullers in Thailand, hence the need to do without a stiffer rear suspension.

This setup has been carried over and maintains the class-leading levels of ride comfort even on demanding roads.

Despite several of its competition being updated and renewed over the past years, the Ranger still steers nicely thanks to that electric-assisted steering introduced since the first update. Probably the rival that comes closest to the Ranger in this particular aspect is the Chevrolet Colorado.

Then there’s the cabin that’s filled with features and a good dose of perceived quality. The trim of the Wildtrak certainly adds some flavour to not only the exterior but the interior as well.

A noteworthy driver-aid is parking-assist which helps in dealing with the inherently cumbersome bodies of pickups.

The decision by Ford to extend a number-crunching gearbox to the Ranger is certainly welcome for it helps on in-gear acceleration and fuel economy.

But the operation of the manual mode is not really ergonomically sound.

Rather than being paddle-shifters located on the steering wheel, it’s a button on the gear lever meaning hand-off-the-steering especially during off-roading.

As well, the gearbox is a little indecisive in manual mode where it doesn’t instantly react to the driver’s desires. It works best in fully automatic ‘D’ mode 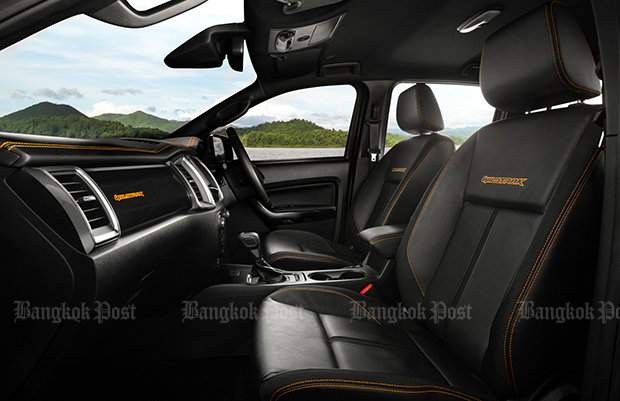 The Ranger, particularly in Wildtrak outfit, has always been a highly sought-after pickup among buyers who don’t mind signing seven figures on the cheque. Of course, it’s now the priciest of pickups but is the best kitted.

What’s more, though, is that entire drivetrain which is the one to beat at the moment. The same could be said for that fine handling and ride balance.

True, this mechanical update should have come with a redesigned body, but people at Ford are quick to point out that the T6 platform was designed to be used for many years. It’s said that the Ranger could live on in its current generation till at least 2020.

Whatever, the Ranger seemingly remains the best all-rounder around in terms of pure product substance and has cemented its status further with the new drivetrain.

While the Ford Ranger Wildtrak is at its best in Bi-Turbo four-wheel drive form, there’s also a less potent one in the guise of Turbo for the rear-wheel drive (known as Hi-Rider in Ford speak).

Both use the same 2.0-litre diesel motor but, as their badges indicate, are distinguished with the number of turbochargers.

Although the differences aren’t that vast under normal driving, it’s when you press harder that they are in which the Bi-Turbo feels livelier on top-end power. As well, it’s a touch quieter and more refined than the Turbo.

The Turbo is also mated to Ford’s new 10-speed automatic and helps for lower CO2 emissions than the 160hp 2.2-litre diesel and six-speed auto combination it will eventually replace in the long run. Ford quotes a figure of 187g/km against the older unit’s 197g/km.

Whether potential buyers of the Wildtrak will find the 236k monetary saving for the Turbo (priced at 1.029 million baht) worthwhile is for them to decide. Yes, the Turbo outperforms practically all the other pickups currently on sale, but there’s still much to like about the Bi-Turbo’s brilliance. After all, we’re talking about a million baht pickup.

Expect Nissan to be the next brand to introduce twin-turbo diesel technology to its Navara NP300 when it is updated later this year. But before that will happen, the new 2.3-litre four-pot diesel will appear in the Navara-based Terra SUV, due for launch in Thailand this month.