This ain't a concept car, right?

That's right dude. This is the all-new Sienta from Toyota possessing some design cues deemed daring for a brand usually regarded with conservatism.

It almost appears that the Sienta's designers have been poached from Citroen, a French marque the Japanese company collaborates with to produce its A-segment cars for the European market.

Note the lines connecting the head and fog lamps up front, in which the same treatment has also been applied on the rear. It's probably a styling cue to either love or loathe.

The interior design feels equally inspiring by looking contemporary and ergonomically effective at the same time.

Note how the three rows of seats are placed stadium style so that all passengers have a decent view ahead. 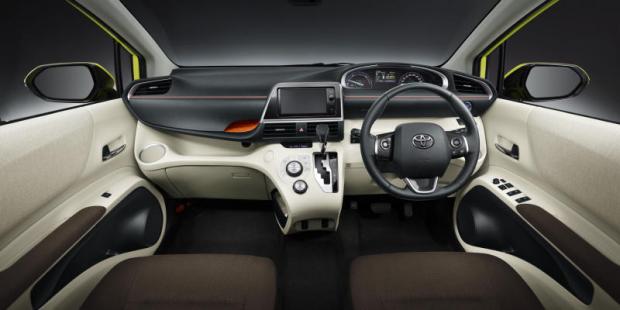 How big is it?

The Sienta is a seven-seat mini-MPV competing with the likes of the Honda Freed and is smaller than today's Innova and the Wish, which was on sale in Thailand over six years ago.

Toyota says the Sienta offers ample levels of practicality, thanks to sliding doors on both sides and a low floor design to make entry and exit easy for disabled people as well.

Taking part in such a segment means the Sienta comes with a 1.5-litre petrol engine and CVT automatic capable of 20.6kpl average fuel economy.

There's also a hybrid version of it (shared with the Prius C, aka Aqua in Japan) that does an even better 27.2kpl.

Building up its relevance for this decade is driver-assist tech like lane departure warning, automatic high beam and pre-collision system.

Far left The three rows of seats are arranged in a stadium style.

Cool. Toyota should replace the Avanza with this!

You mean that shoddy minivan whose driving credentials are more suited for the 80s? Yeah, we think the Sienta would do marvels for a potential replacement for the Avanza, which currently comes to Thailand from Indonesia.

But that's only wishful thinking for the moment, even though there's some talk within Toyota's Asia-Pacific R&D unit that such a notion is being toyed with.

Then there's the issue of those portals. Those that can slide are significantly more expensive; the Avanza has conventionally hinged doors.

In fact, Honda has learned a lesson here. The Freed, also with sliding doors and a 1.5-litre engine, is priced between 850,000-950,000 baht, while the Avanza retails far less in the 580,000-750,000 baht range. That's why Honda last year came out with the Mobilio, a seven-seater with 1.5-litre petrol power, regular doors and prices properly matching the Avanza's.

So the Sienta is doomed for us, right?

We'd certainly hope not, although we have to leave that to Toyota to make it happen. The Sienta is still a Japan-only car, although Toyota now wants to make its latest offerings more widely available in other markets as well.

What gives the Sienta the chance of coming to Asean is its petrol engine, which is the 1NZ-FE unit used in today's Vios ever since the Thai financial crunch in the late 90s.

At least the CVT automatic transmission in the Sienta (the Vios persists with a four-speed auto) helps to improve fuel economy to a more acceptable level. 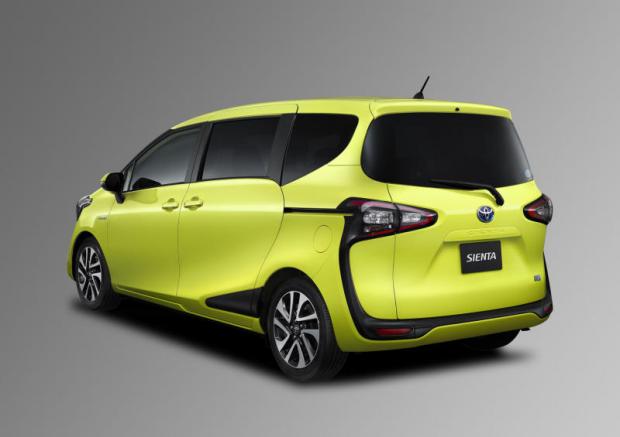 Daring design on the exterior was never a Toyota trait.