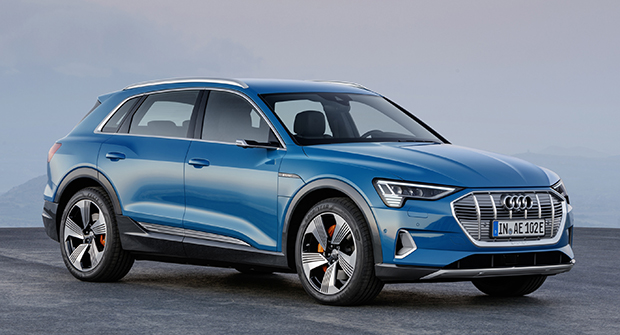 After previewing the e-tron in concept and camouflaged forms repeatedly in the past, Audi has finally taken the wraps of the production-ready model in the US.

As SUVs are in vogue and easy to sell at the moment, Audi has chosen this body style to house its first all-electric drive system to rival the Jaguar I-Pace and Mercedes-Benz EQC.

The reason why you’re probably thinking that this is still a concept is due to those tiny side cameras, an element carmakers like to use on show cars preceding the real articles for showrooms.

Make no mistake, though: it’s for real. The e-tron is the first road car to use the “virtual side mirrors” whose images are displayed on the door panels inside. The fascia itself is the familiar “virtual cockpit” featuring digital screens, like in many new Audis powered by conventional combustion engines. 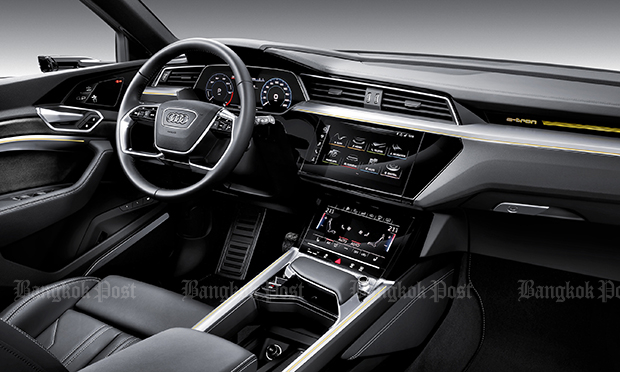 How does it fare with the EQC?

The basic recipe for the full-electric system is the same as in many new full-electric SUVs. An electric motor powers each driven axle with batteries placed neatly below the cabin floor.

The slightly inferior performance figure is probably down to the e-tron’s slightly bigger package which is why it gets a relatively big 95kWh lithium-ion battery weighing 700kg; the EQC’s 80kWh pack tips the scales at 50kg less.

Available figures for the total driving range are vague at the moment because Audi and Mercedes-Benz are referring to different testing procedures.

The EQC is claimed to do 450km under the old NEDC cycle, while the e-tron is said to be capable of 400km when using the latest WLTP method. Let’s just say that we’re talking about circa-400km ranges here which is slightly less than what the I-Pace can do.

The e-tron can be recharged via a normal 11kW socket at home in 8.5hr and half that time when using the optional 22kW type. At fast-charging points with 150kW power, some 80% of the battery can be rejuvenated in 30min. 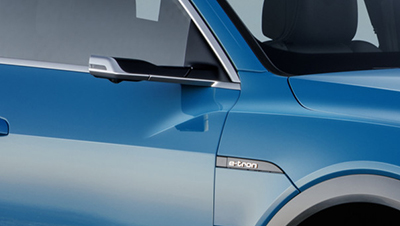 Will the e-tron be as expensive as its rivals on Thai forecourts?

Even though there’s a low excise tax rate for BEVs, the import duty applied on completely built-up vehicles, with whichever type of drivetrain, is still notoriously high in Thailand.

Which us why the e-tron will cost around 5-6 million baht, the same estimated range for both the EQC and I-Pace. Audi says a cheaper (and lower driving range, as result) will appear in the e-tron next year.

But due to the treacherous driving and climate conditions in Thailand, it’s probably safer to go for the bigger battery variant. After all, the e-tron is still a costly car at such a price when sales are set to take place early next year.

Audi has confirmed that 12 full-electric cars will launch by 2025 with the second one being the sleeker-looking e-tron billed as Sportback due in 2019. 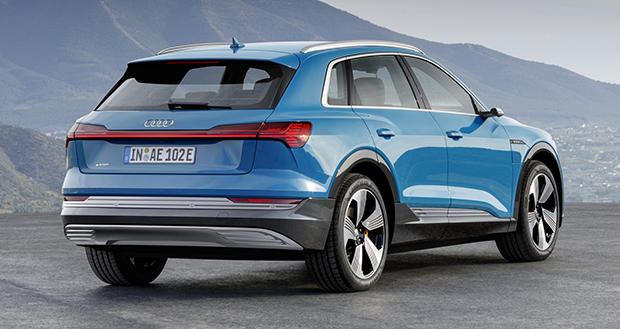