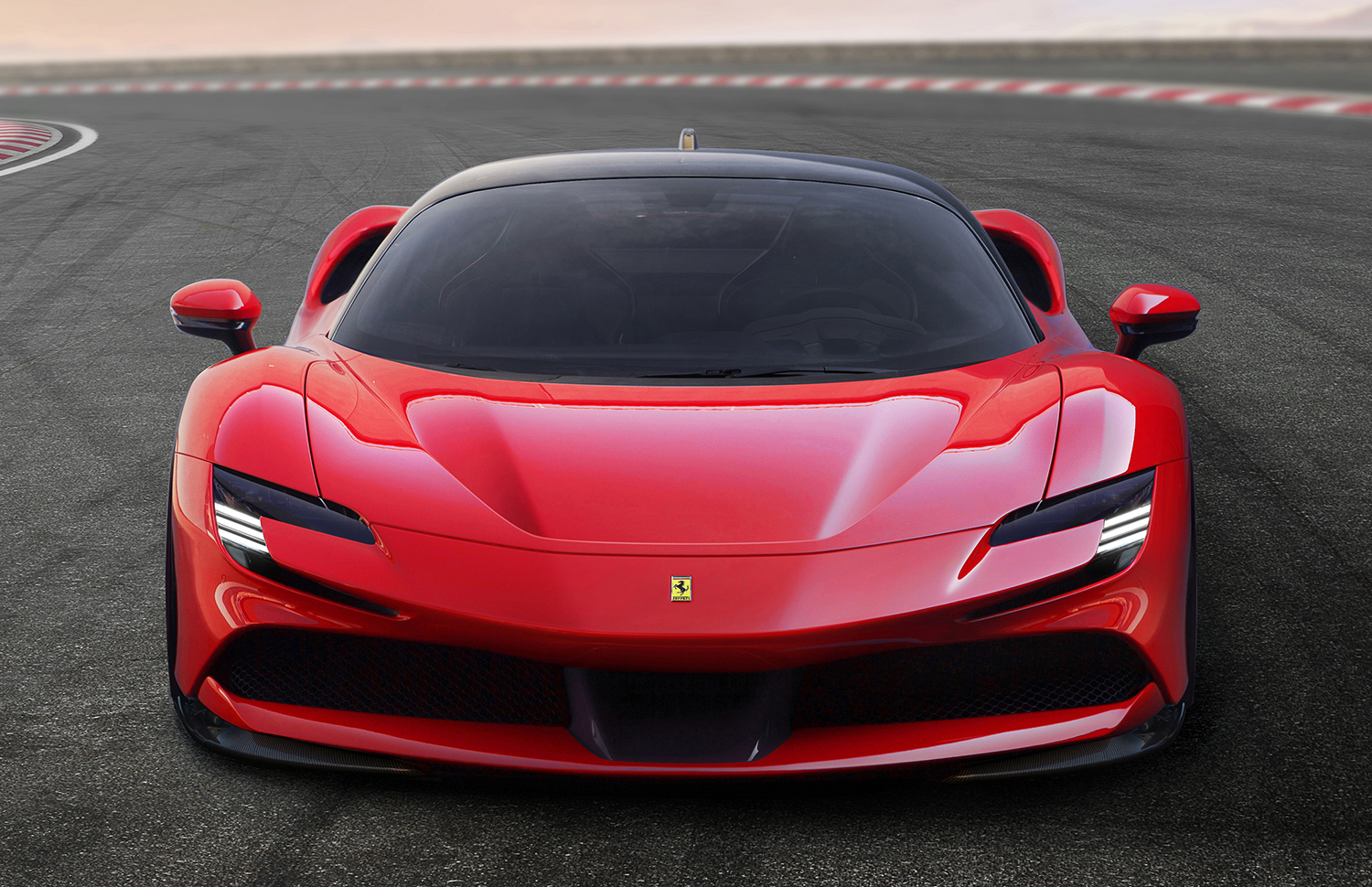 The award-winning V8 bi-turbo engine may sound familiar but has actually been bored out from 3.9 to 4.0 litres producing 780hp. Together with three electric motors, two on the front axle and one behind, combined output reaches 1,000hp. The 7.9kWh lithium-ion battery allows for 26km of pure EV driving on backstreets without making a too-big statement. 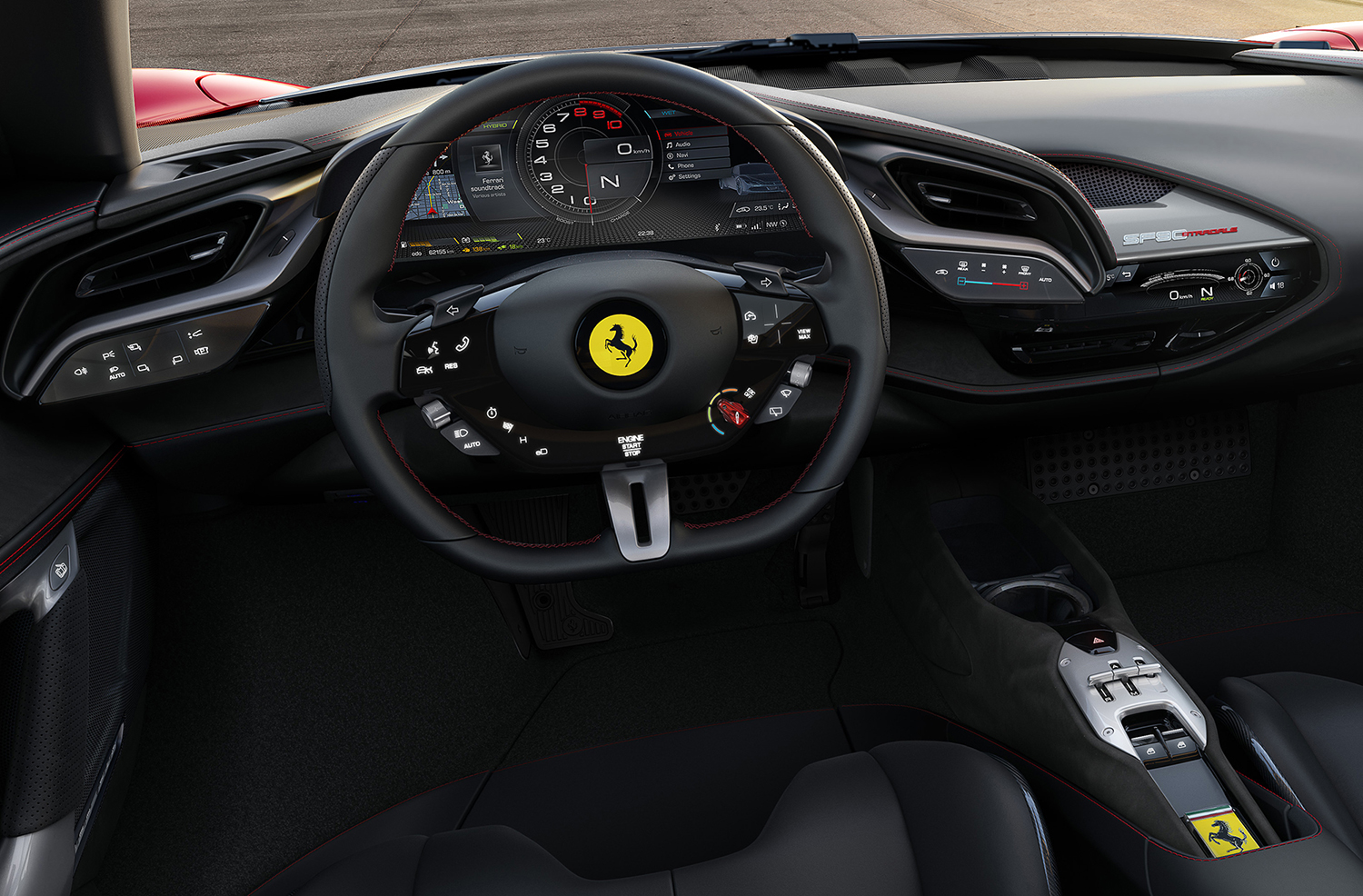 The SF90 may look like a 488 or F8, but the cockpit has been overhauled to feel modern and easy to use. You’ll get paddles to shift the auto’s eight speeds but, for the first time, there’s head-up display on the windscreen to make driving easier at, say, the car’s 340kph top speed. All-wheel drive also promises a stable and grippy ride.

Ferrari says the SF90 can go from 0-100kph in 2.5sec and 0-200kph in 6.7sec, figures that are quite unrivalled when it comes to supercars that don’t cost over a hundred million baht. And by weighing no more than 1,600kg in total, the SF90 is making an engineering achievement in fast cars and promising one of the most satisfying drives ever. 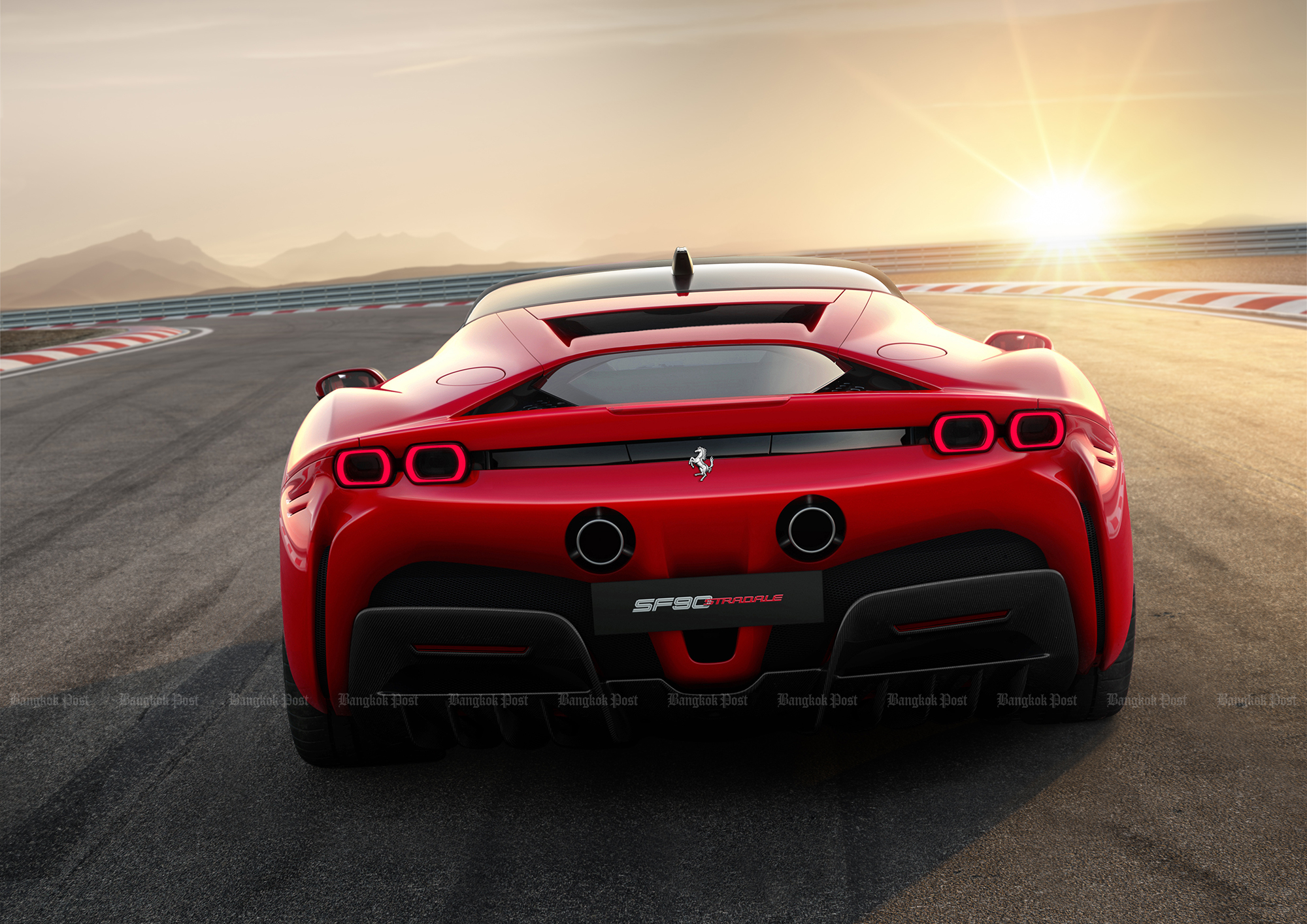 The SF90 has been designed for series production, so it doesn’t cost as much as a LaFerrari. It has a starting price of 40.9 million baht hunting Lamborghini Aventador owners. More plug-in Ferraris are in the pipeline including smaller V6-powered models. Although lightweight package for the SF90 called Assetto Fiorano is available (reducing weight by 30kg), the standard car is all you need.