Germany's top guns get refreshed for 2020

The BMW M5 and Mercedes-AMG E-Class have just been facelifted in their current generations. Never has the race been so close 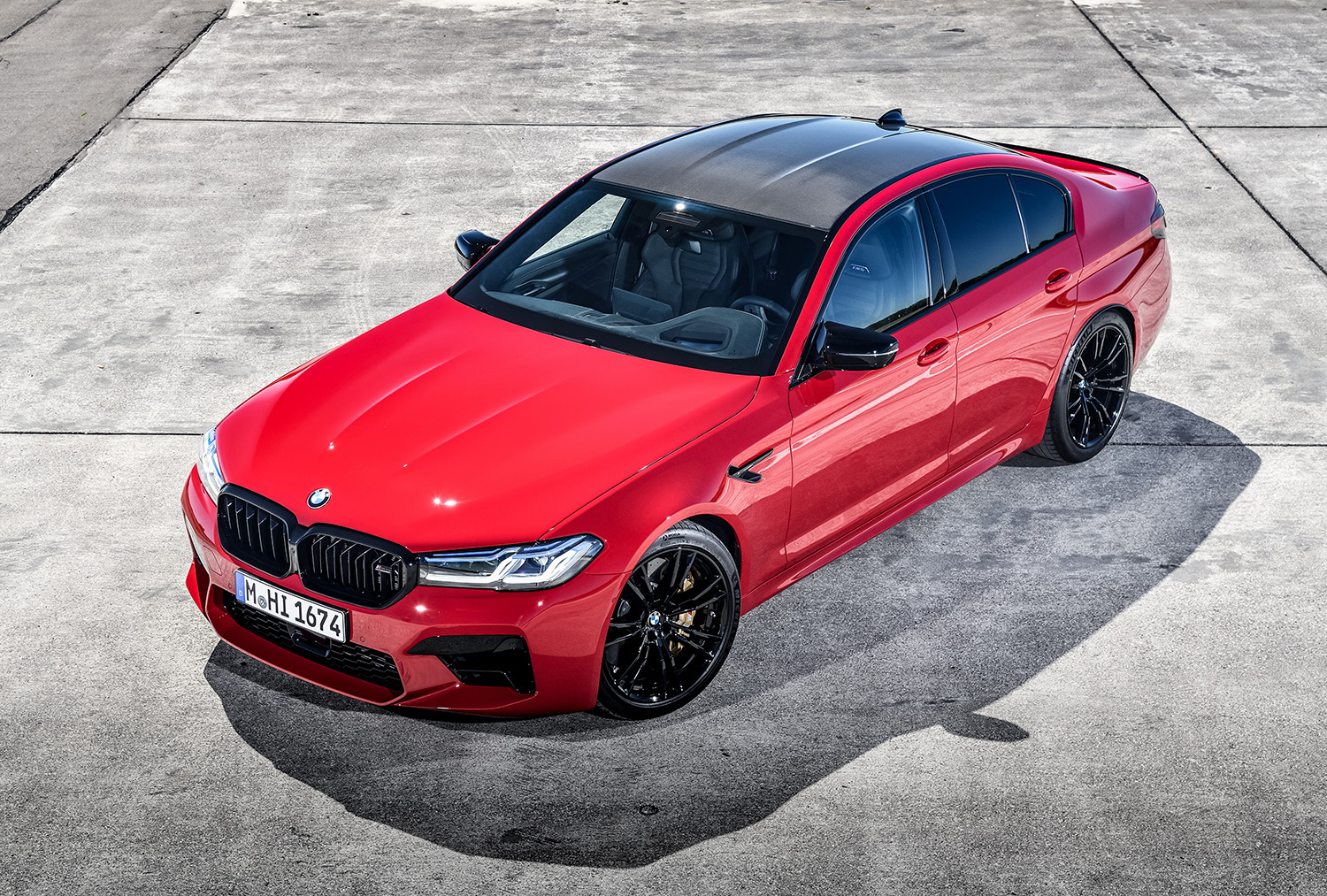 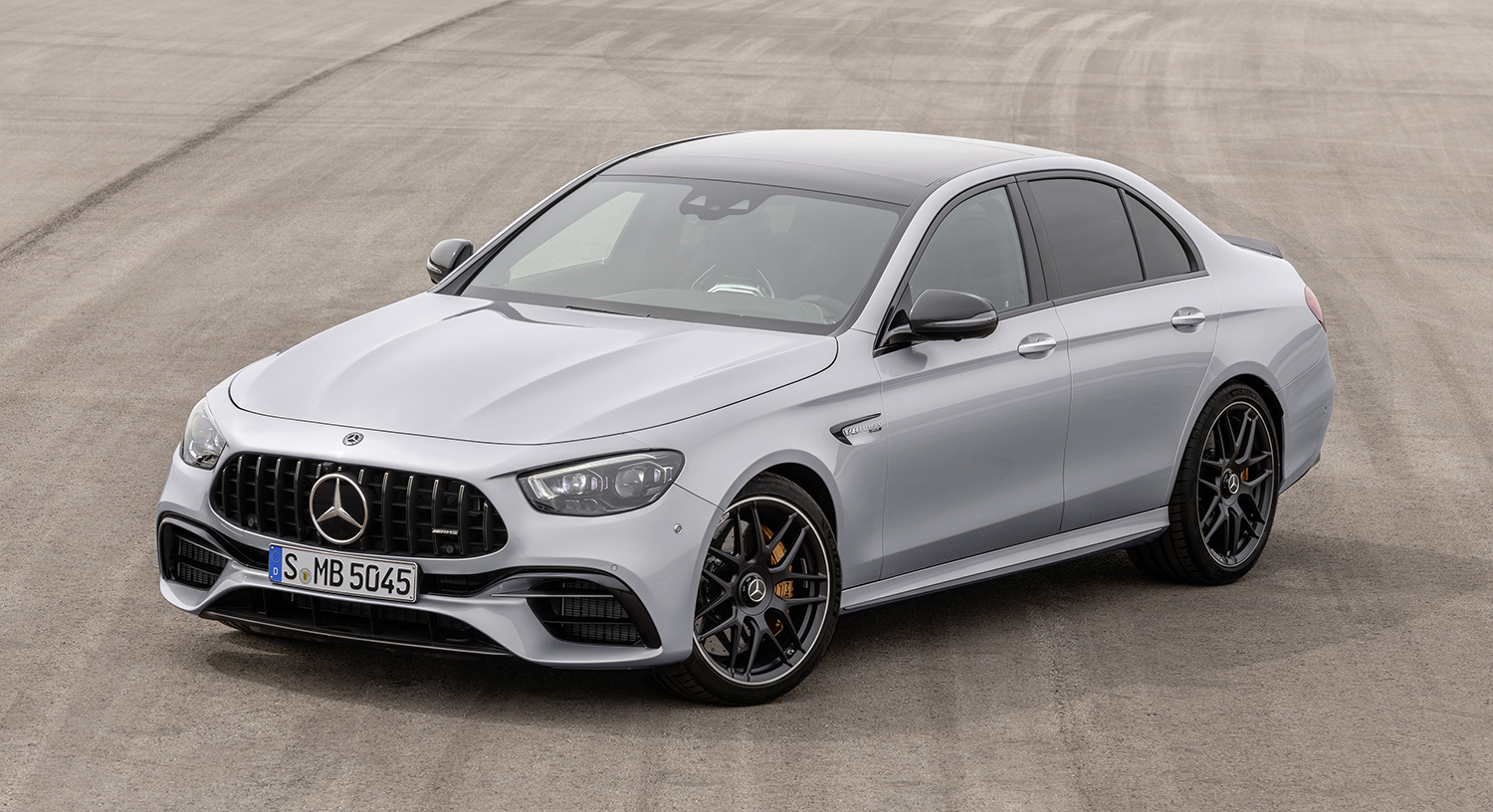 Ah, the super sedans of Germany…

For years, the BMW M5 and Mercedes-AMG E-Class have reigned the executive sedan class with storming tarmac-rippers for the German autobahn. What we’re talking about here is that in classic three-box form.

In may have been a coincidence, but the M5 and E63 have just been facelifted in their generations recently with some upgrades to keep their fresh for another three years.

Of course, there are super-fast family cars from other brands such as the Audi RS6, but it’s still available only as an estate (a sedan did appear in past). Porsche has rapid cars, too, but without a sub-brand to really feel any special. 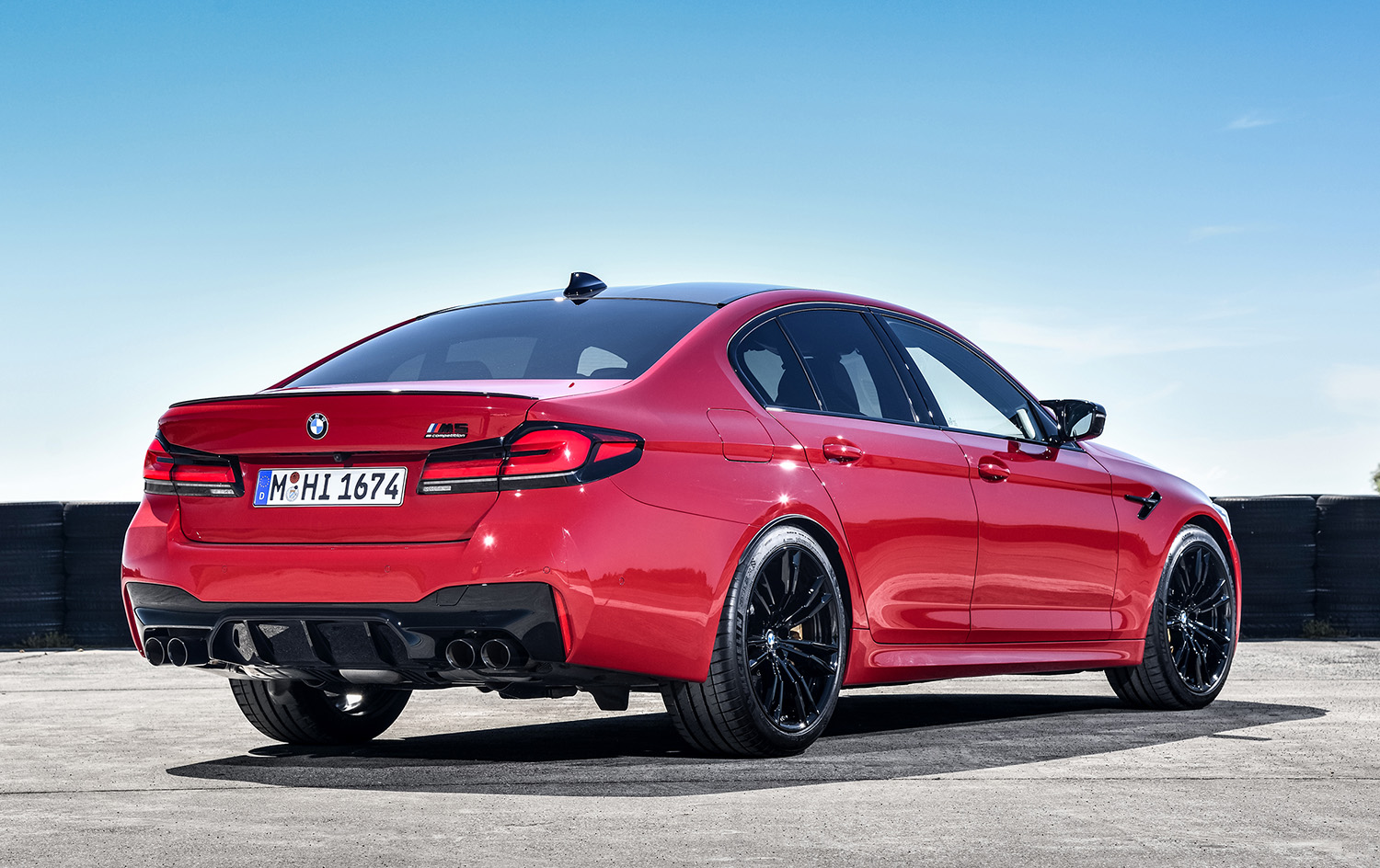 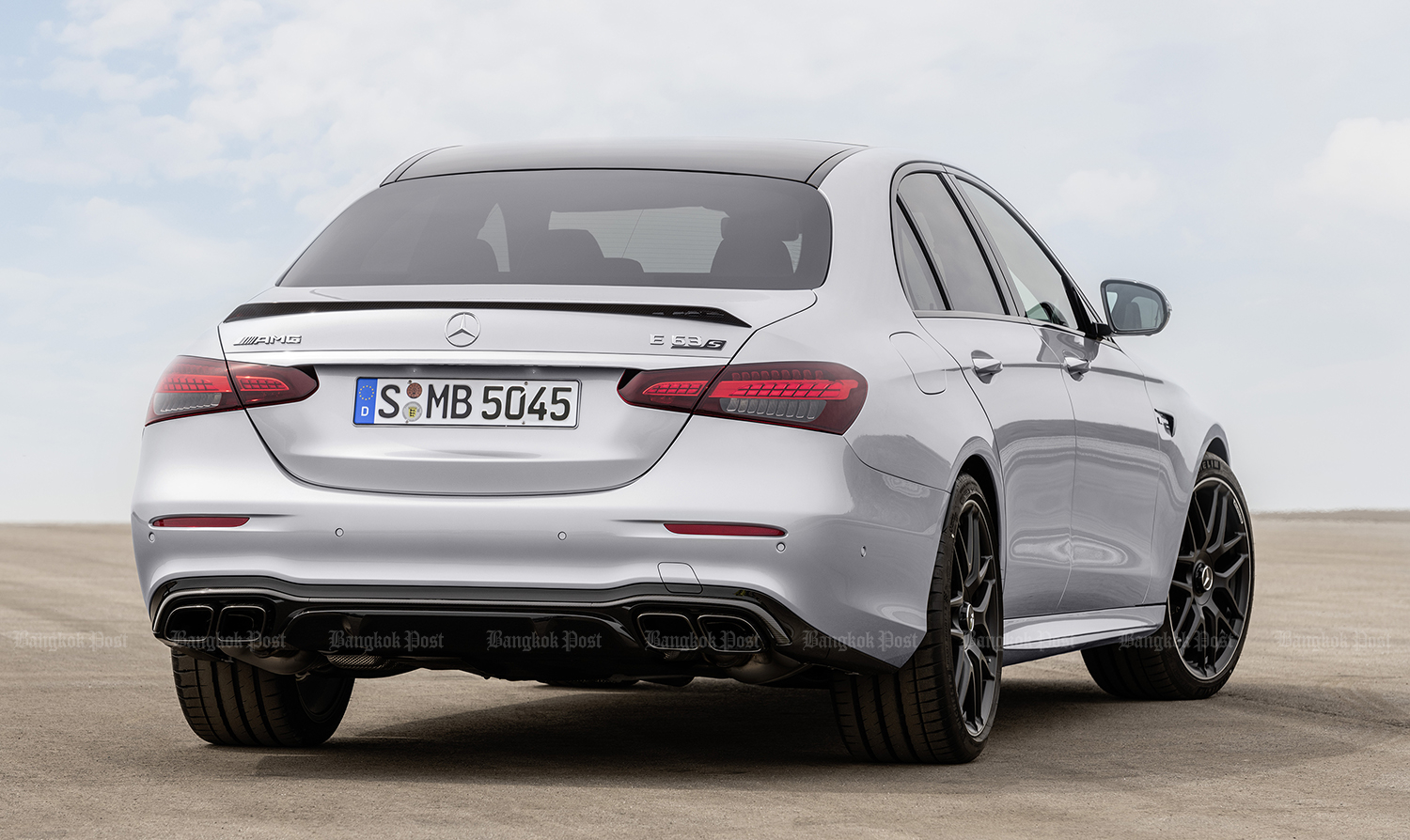 Quite mind-blowing. Both come with twin-turbo V8 petrol engines with the M5 displacing 4.4-litre and E63 4.0-litre units.

In the latest fashion of high-performance cars (and ways of charging more money via options to either customers or market distributors), there are two power outputs to choose from in the Bimmer and Merc.

While the M5 employs an eight-speed torque-converter, the E63 has nine-speeder. Manual operation in both cars can be programmed to shift more aggressively.

All-wheel drive transmission remains in both cars with the ability to adjust torque between not only the front and rear axles but left and right rear wheels, as well. Or better for the hooligan, pure rear-drive can be selected, too. 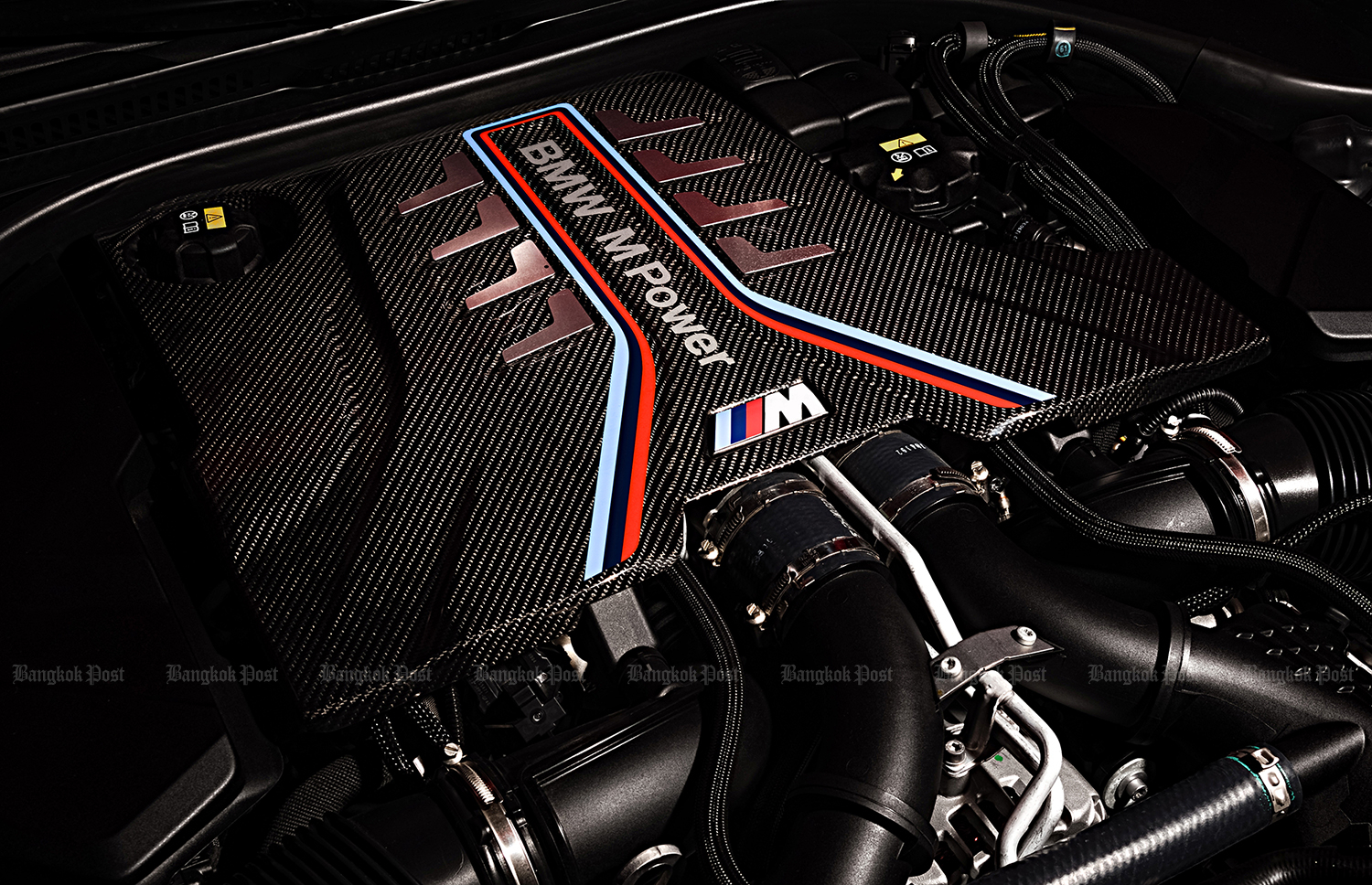 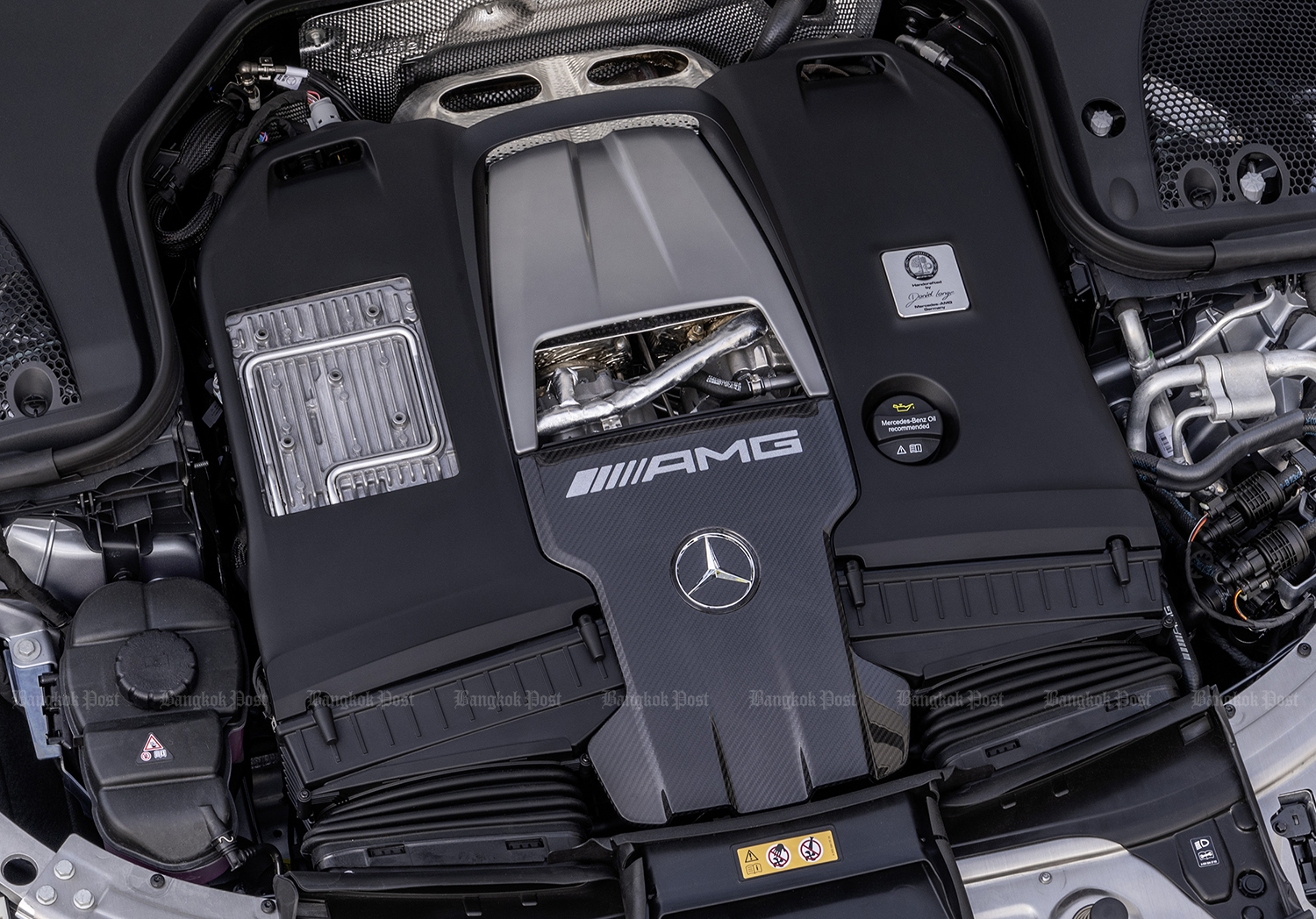 *Yummy! How fast are they now?

Pretty fast, considering that both have sub-3.5sec 0-100kph times. This is acceleration territory of supercars occupied by the near-finest from Ferrari, Lamborghini and McLaren.

For precise times, the M5 Competition is quickest at 3.3sec, a tenth of second faster than the E63S; their lower brethren are 0.1sec slower in both cases.

Depending on the options ticked (by the country distributor, which is largely the case in Thailand). Both have air suspension and ESP (electronic stability programme) with three selectable levels.

The brakes, too, come in different sizes and types. The E63, for one, has 360mm-wide front disc brakes with six-piston calipers up front. The S, meanwhile, gets bigger 402mm carbon-ceramic type, still an option in the M5 Competition… 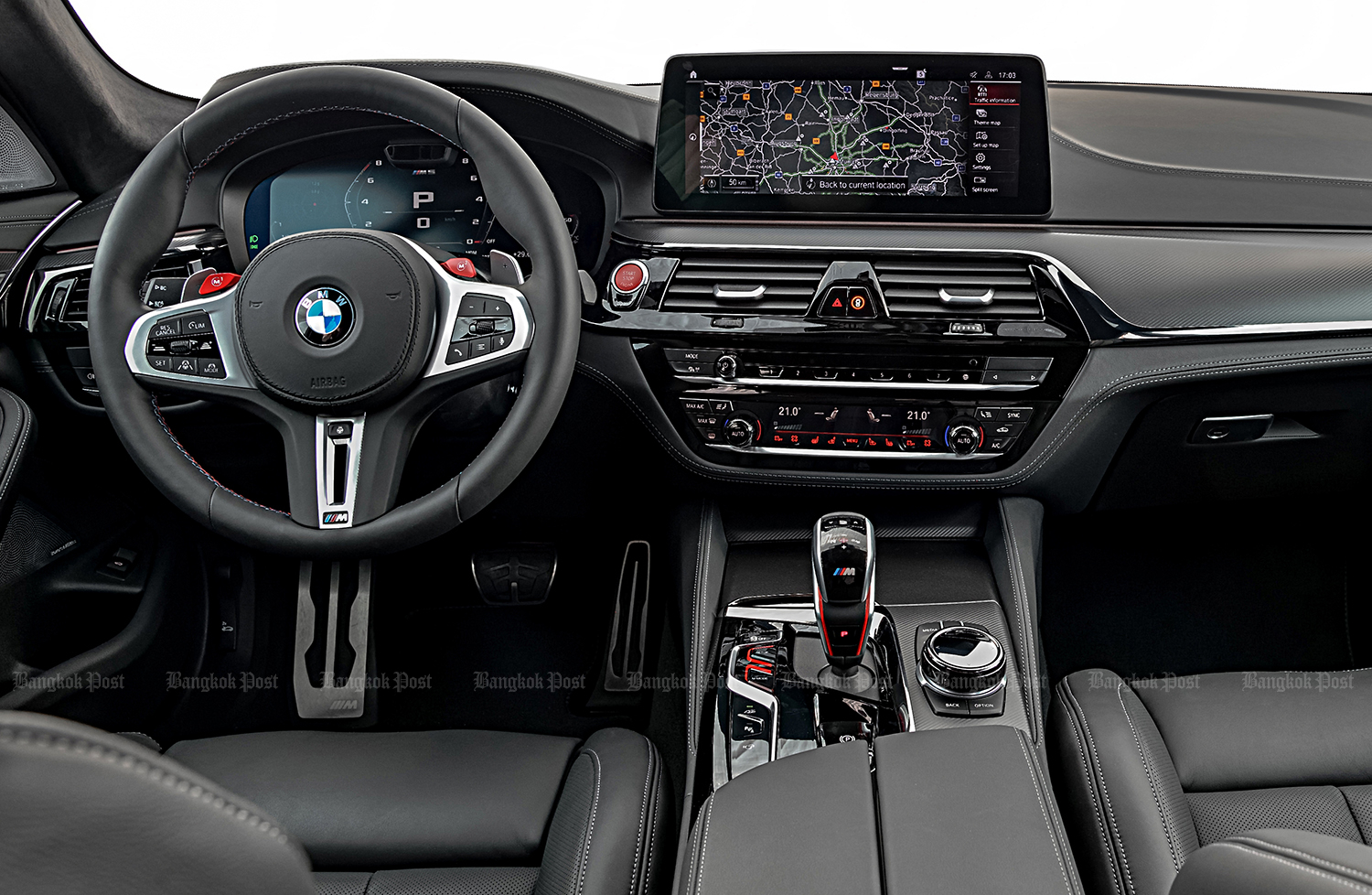 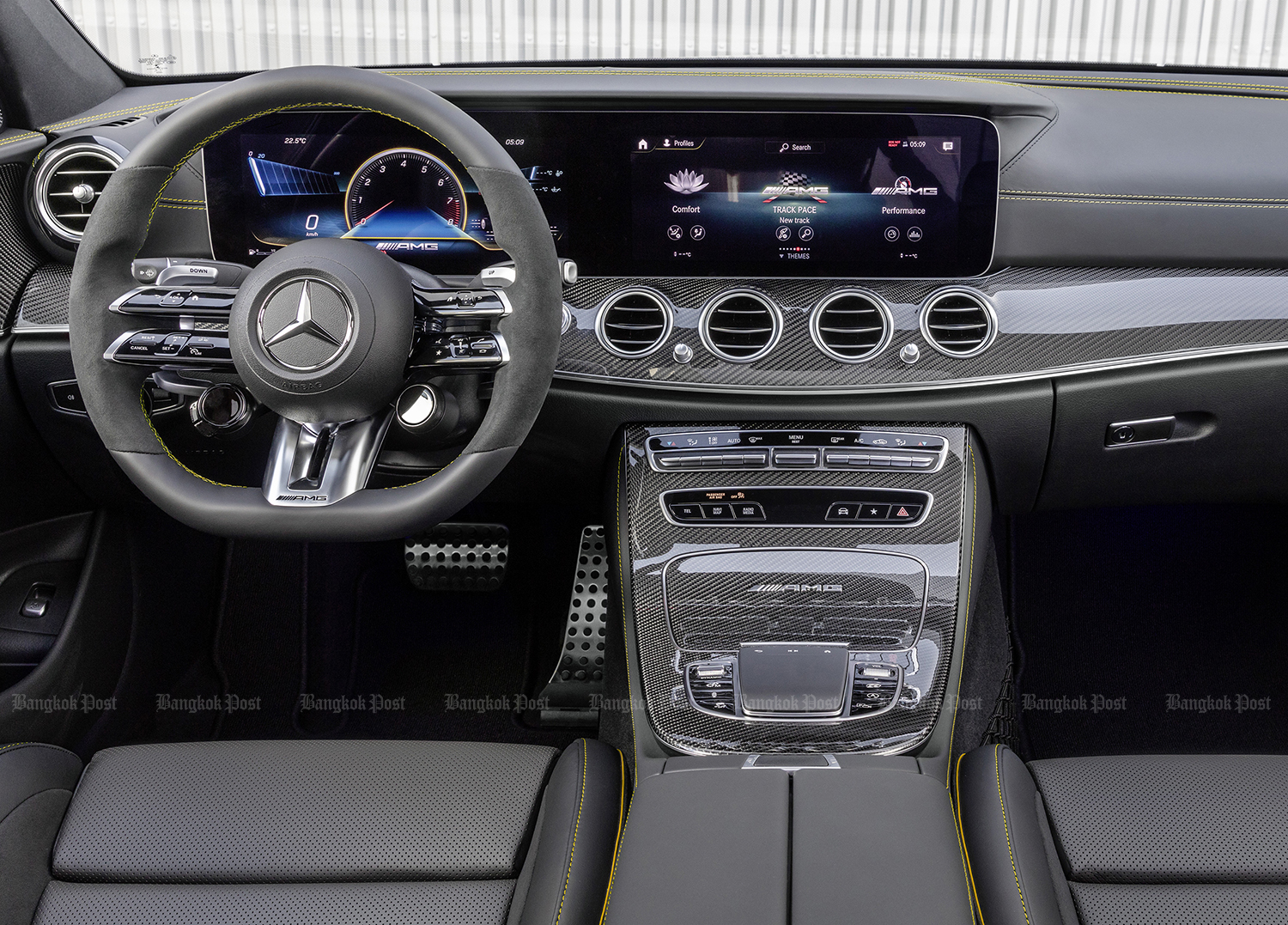 *Tch! What has changed elsewhere?

Not much, as both the M5 and E63 are merely go-faster derivatives of cars that have undergone minor changes.

The visual tweaks include some new detailed lights, as such. But their concepts are still in place: front bumpers with large surfaces for cooling and four tail pipes dominating the rear air diffuser.

Their interiors have also been slightly upgraded with the latest in infotainment, but it’s the E63 that beckons with a new chunky steering wheel.

Like before, the biggest differentiator in the M5 and E63 is the front seat design. While those in M5 looks like thick armchairs, the ones in the E63 have more race-like buckets. 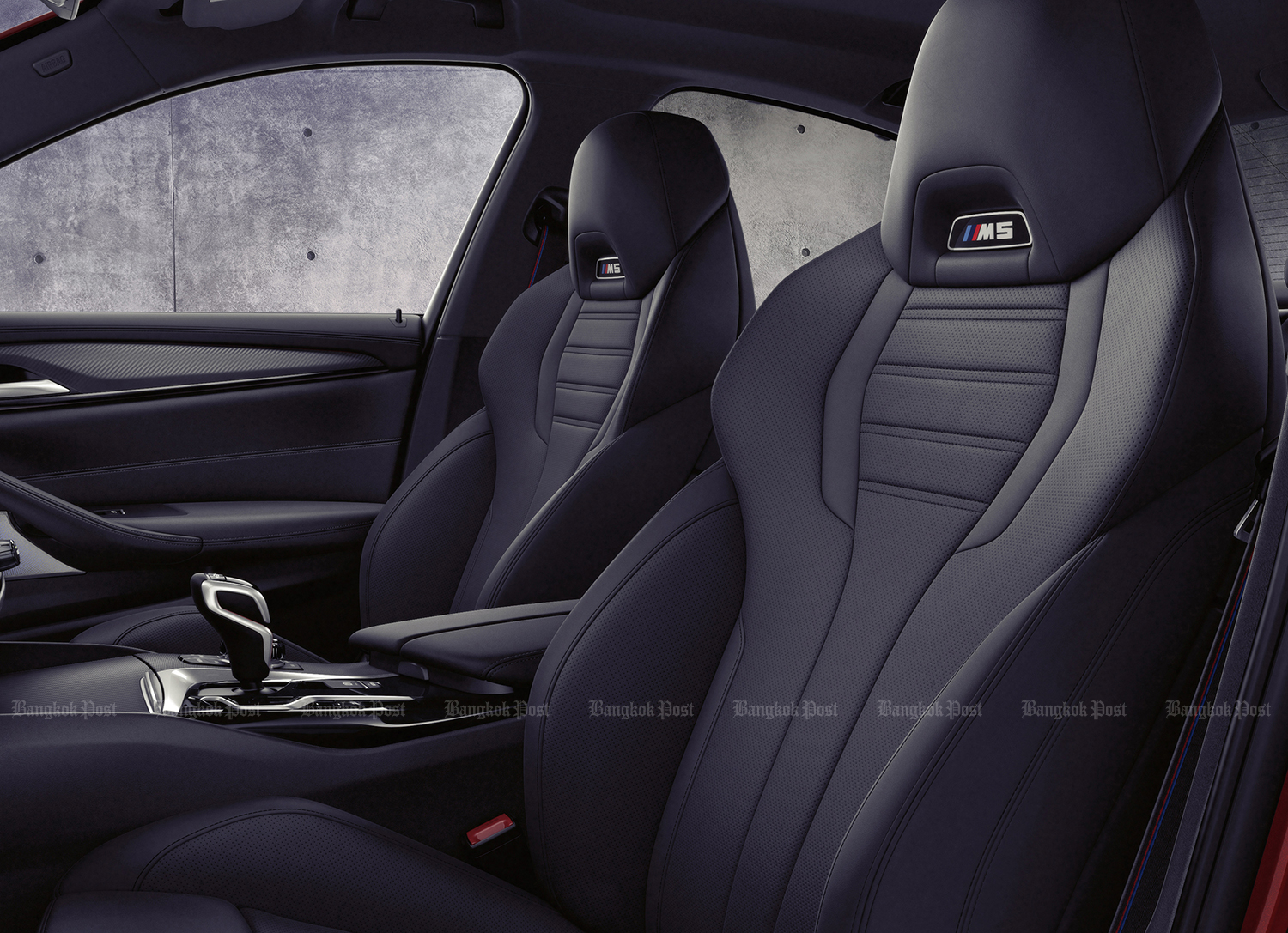 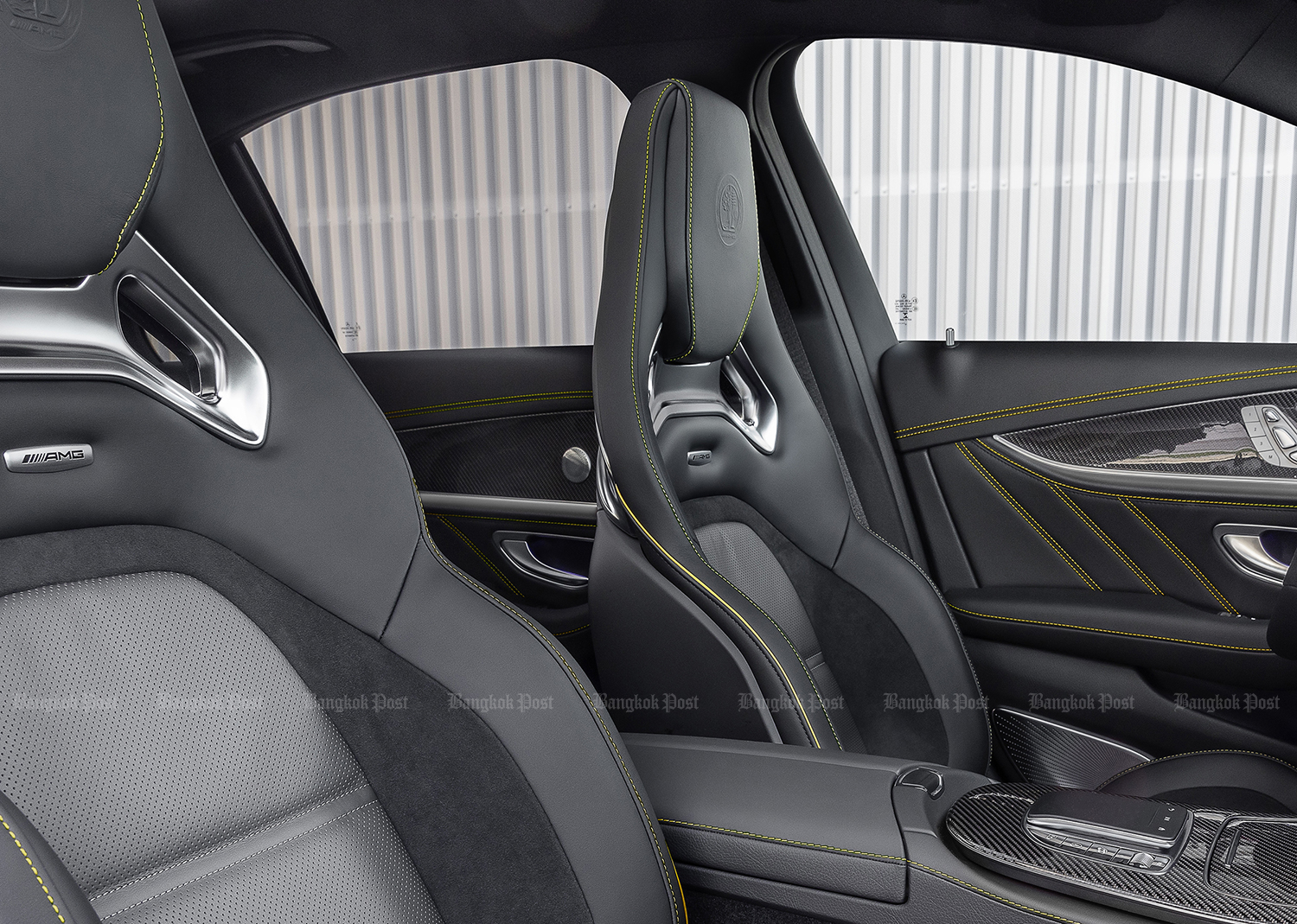 *Are they still priced head-to-head?

With such a small amount of discrepancy in price, the cars probably won’t be judged in the showroom – or down a quarter-mile strip.

The M5 has been greatly known to be fine-handling car and that remains (at least, in the pre-facelift car). The E63, meanwhile, has been making great strides in becoming a fine driver’s car, too, especially with today’s model.

The decision is most likely to rest on two things: the way it drives and entertains in the rear world, and the brand image it has to offer. Let the race continue.