Tourism was not the only industry relieved when Thailand reopened its borders to foreigners on Nov 1 last year, with automakers also applauding the move to welcome back international visitors.

The reopening was supported by the Federation of Thai Industries (FTI). Its automotive club believes the reopening, along with government promotion of electric vehicle (EV) production, should bring back car manufacturing to the lofty levels last recorded before the pandemic.

More than 2 million automobiles were produced in 2019, with over a million units exported, but the numbers dropped to 1.4 million in 2020, with just over 700,000 exported, when Thailand adopted travel restrictions and a nighttime curfew to contain the spread of Covid-19.

While it is optimistic about increased output in the future, the auto industry club is aware that a return of high Covid-19 infection rates may cause the government to return to harsh lockdown measures, while a global semiconductor shortage could also dash its hopes. 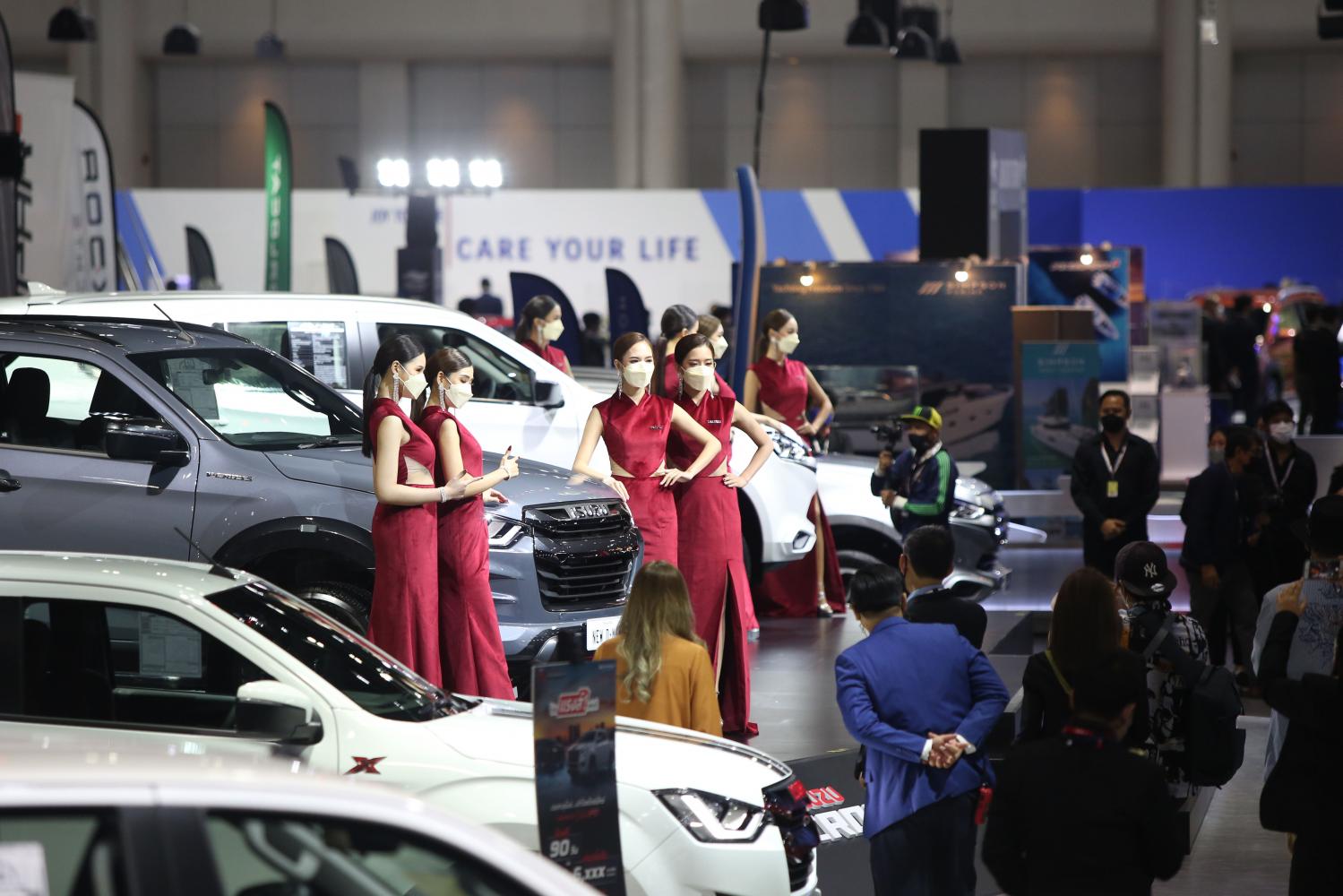 The return of foreign tourists is viewed as a positive factor to help auto production reach 2 million units again if the move is carried out smoothly, assuring foreign visitors and Thais the risk of future outbreaks is insignificant, said the FTI club.

A recovery in tourism and more bustling business activities are expected to increase car sales and production.

If the reopening is successful and authorities manage to curb the spread of the virus, production of 2 million automobiles is not a far-fetched goal, he said.

"We expect the economy to substantially recover, increasing people's purchasing power, and car buyers will not delay their purchases," said Mr Surapong.

The club compared the current period of the automotive industry with the recovery in 2012, following massive flooding the previous year that severely damaged car factories in Ayutthaya and affected supply chains.

The government of Yingluck Shinawatra launched the first car scheme in late 2011, allowing first-time car buyers to claim tax rebates worth up to 100,000 baht per vehicle. 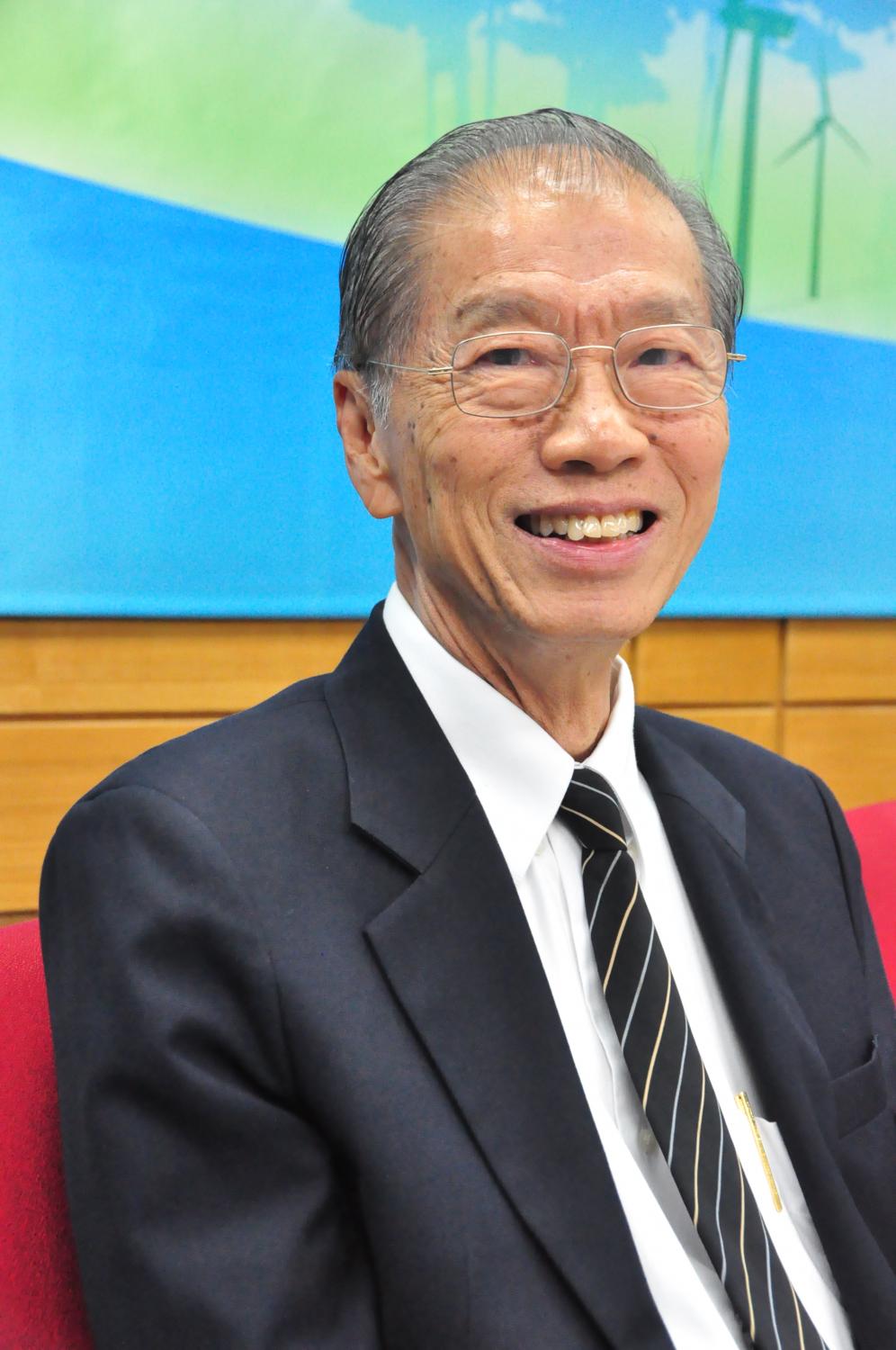 The government's determination to make Thailand an EV production base in Asean is also expected to help the country reach the 2-million unit target.

The National EV Policy Committee announced in March last year a goal to have EVs constitute 50% of locally made vehicles by 2030, part of the ambitious plan to make the country a regional EV production hub.

The target was increased from the original goal of 30% of total car production, or around 750,000 of 2.5 million units.

Development of the EV industry is in line with authorities' plans to promote next generation cars, one of 12 targeted S-curve industries located in the Eastern Economic Corridor along the eastern seaboard, which aims to be Thailand's high-tech industrial hub.

"EV promotion will pave the way for the automotive industry to move towards a sustainable and eco-friendly future, contributing to the development of the modern car industry," said Mr Surapong.

The policy to increase EV numbers encourages global automakers in Thailand to adjust their investment plans by bringing in new car technology to support EV manufacturing, he said.

The Board of Investment already granted tax privileges to EV investment projects carried out by 13 companies, including Toyota, Honda, Nissan, Mazda, Mercedes-Benz, BMW, SAIC Motor-CP, FOMM, Mitsubishi and Mine Mobility, according to the club.

The privileges include tax holidays of 5-8 years and import duty exemptions for cars and machinery.

Though it is difficult to predict whether the government and 17 car manufacturing plants can achieve both car production and EV targets, authorities are determined to maintain Thailand's status as a major output hub, once dubbed the "Detroit of Asia", said the FTI club. 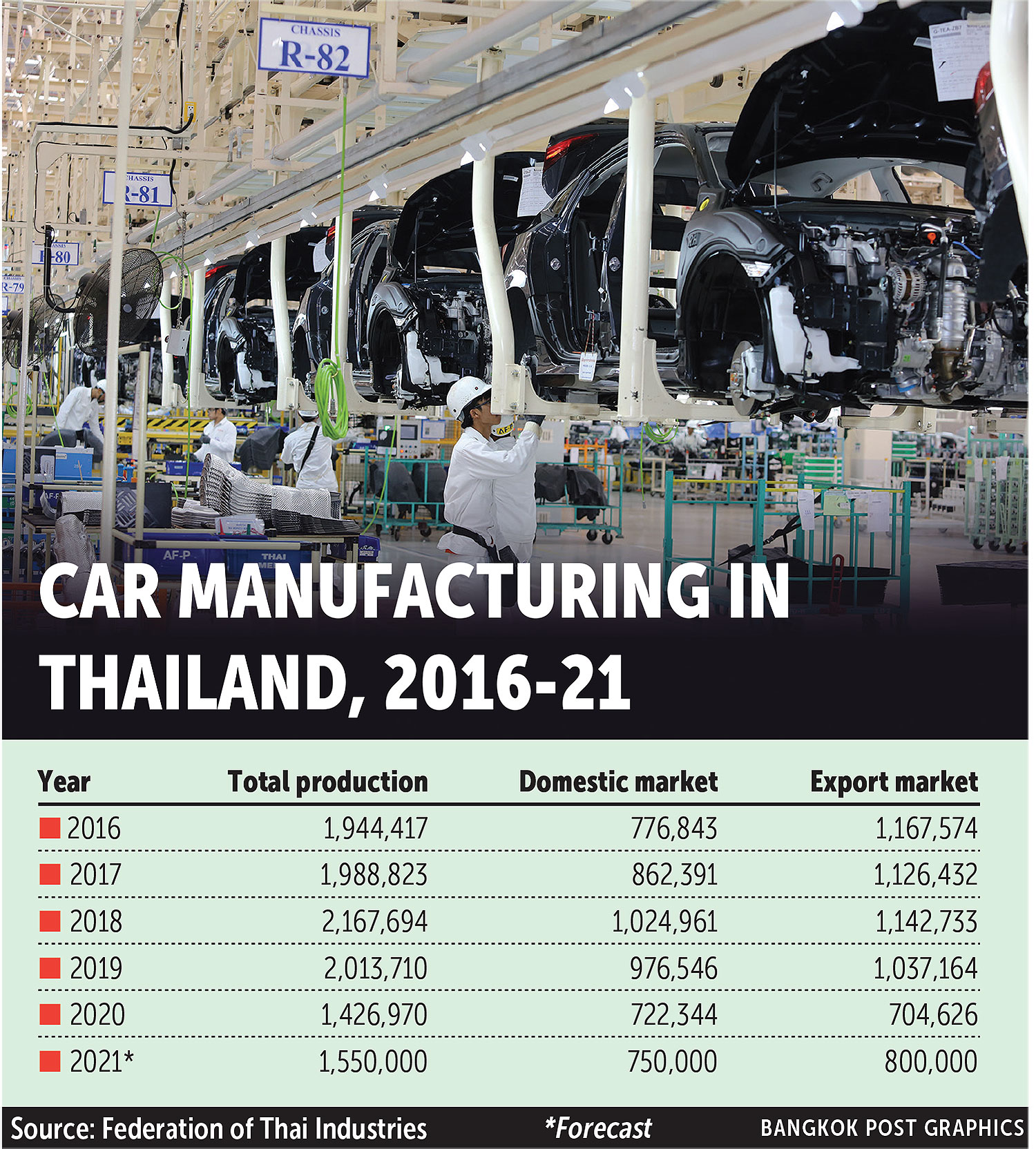 Negative factors, notably Covid-19 outbreaks and a global semiconductor shortage, are major hindrances to efforts to revitalise the automotive industry.

Some car factories in the US, Mexico, Canada, Germany and Thailand were forced to temporarily halt production when the pandemic broke out and computer chips became scarce.

The first outbreak in Thailand, which saw daily infection rates peak in March 2020, caused a sudden drop in car demand.

Car production giants such as Toyota Motor Thailand had to temporarily shutter manufacturing operations from April 7 until the middle of May that year during the lockdown period.

Drastic lockdown measures were enforced again in 2021 from around mid-July to the end of August to contain the rapid spread of Covid-19.

The impact of this lockdown, combined with the semiconductor shortage, lowered car sales last August by nearly 39% year-on-year to 42,176 units.

On the supply side, some automakers decided to adjust production by delaying plans to produce some car models, following the semiconductor shortage.

"Some global car manufacturers in Thailand needed to temporarily close their factories for 5-7 days because they could not find semiconductors, which resulted in production delays for some car models," said Suparat Sirisuwanangkura, honorary chairman of the FTI's automotive industry club.

The club expects the semiconductor shortage to continue to affect the global automotive industry for years to come.

During this tough period, the FTI still believes global automakers can cope with the situation.

Mr Suparat said it is difficult to determine when the pandemic will be completely subdued.

"Many industries say it is difficult to precisely predict when the global economy will fully recover, so we must learn to live with the pandemic," he said.

To reduce the impact of Covid-19, the government must continue administering vaccines to the population as this is the real economic booster, said Mr Suparat. 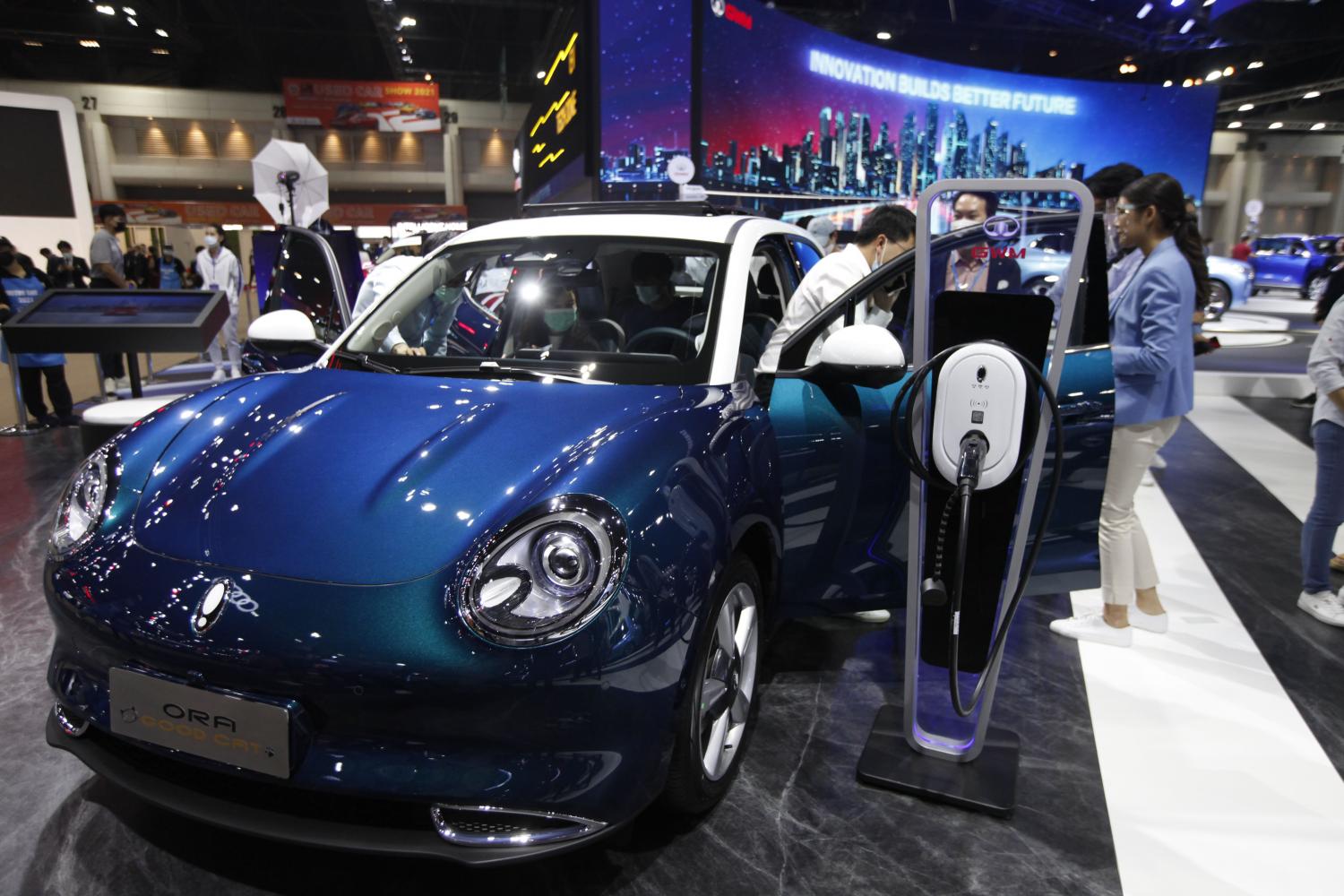 The government's promotion of EVs is expected to help boost the car industry. Varuth Hirunyatheb 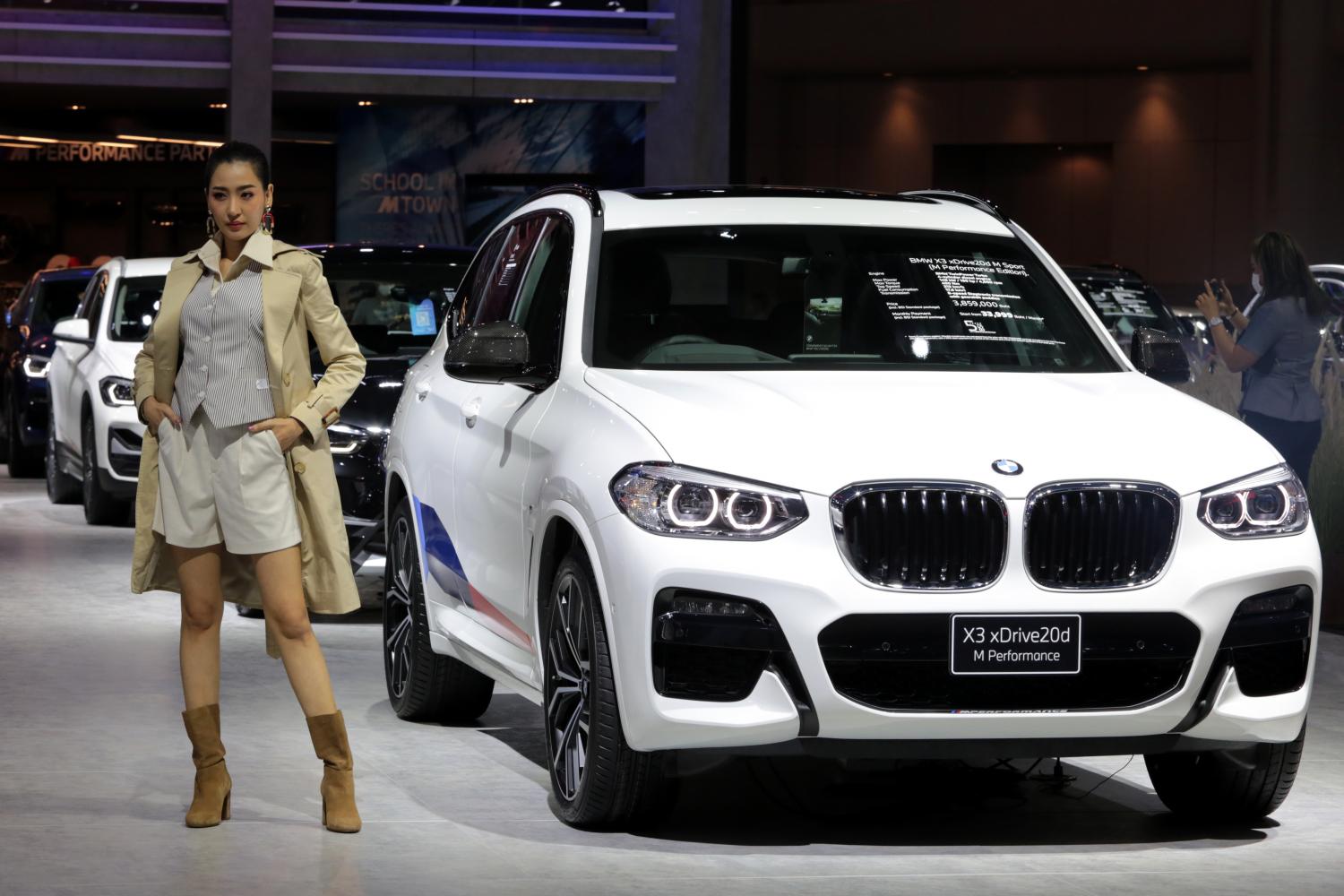 Car events, like the Bangkok International Motor Show, are a booster of car sales during the pandemic. Chanat Katanyu