People check out cars and pickup trucks on display at an edition of Motor Expo. (Photo: Varuth Hirunyatheb)

"In August alone, sales in the country soared by 61.7% year-on-year to 68,208 units because there were no lockdown measures like those imposed last year," said Surapong Paisitpatanapong, vice-chairman and spokesman for the FTI's automotive club.

The government enforced lockdown measures between July and August last year to curb the spread of Covid-19, which had been causing a great number of infections during that period.

"It will be a good sign for the industry if domestic car sales continue to increase and automakers also launch new car models into the market," said Mr Surapong. 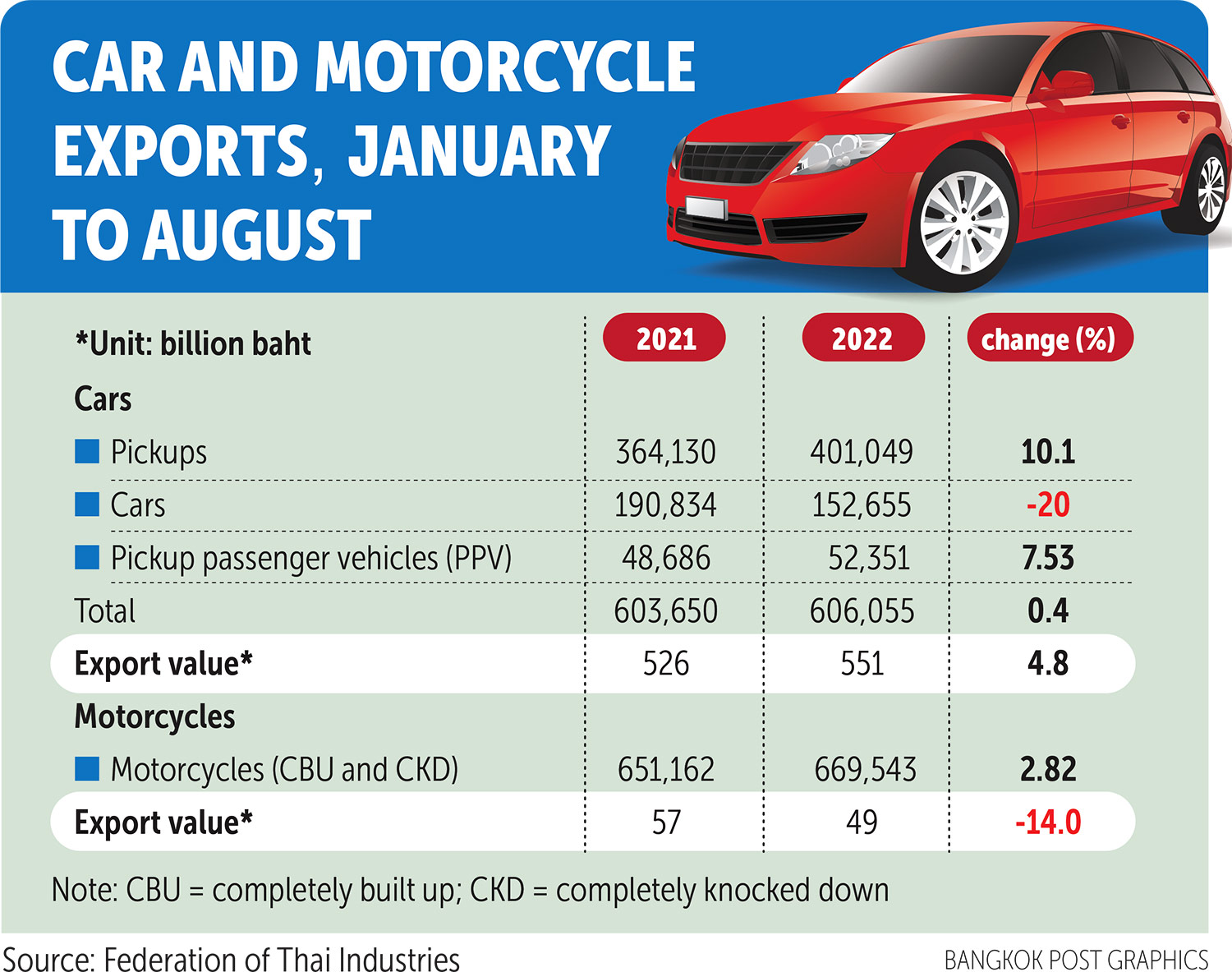 "We expect the number of cars sold domestically to reach 850,000 at the end of this year."

The FTI is not worried about the high number of cars repossessed following owners' failure to repay their car loans. The federation is upbeat about the recovery of the Thai economy, which will increase people's income, enabling them to settle their debts.

"A better economy will be a factor helping car owners to repay their loans," he said, though a recent report indicated more than 100,000 cars had been repossessed.

According to the club, the country's car production from January to August increased by 10.5% year-on-year to 1,184,800 units.

"We already announced last month to revise down the 2022 car production target by 50,000 units, down from 1,800,000 units," said Mr Surapong, in the belief that the target will be achievable.