Volvo says that using electricity that's produced with renewable energy like solar will not only help in terms of environmental issues but also in terms of cost.

Managing director Chris Wailes said: "At the beginning of the year, Volvo made a commitment to reduce greenhouse gas emissions by more than 50% within three years, which includes the co-operation of our partners. We have installed prototype solar charging stations at all four Volvo dealerships, which can reduce electricity bills by up to 106,000 baht per year and reduce carbon emissions by over 11,500kg per year in each dealership as well."

"We want to protect the environment for future generations because climate change is one of the greatest problems we all face," Wailes added. "And we believe consumers want to choose brands that truly care about doing the right thing."

The Solar Carport is an energy system connected to the electricity grid. Solar cells are used as the source of electricity which is sent to the inverter that converts direct current into alternating current for feeding to a wall box charger for EVs. 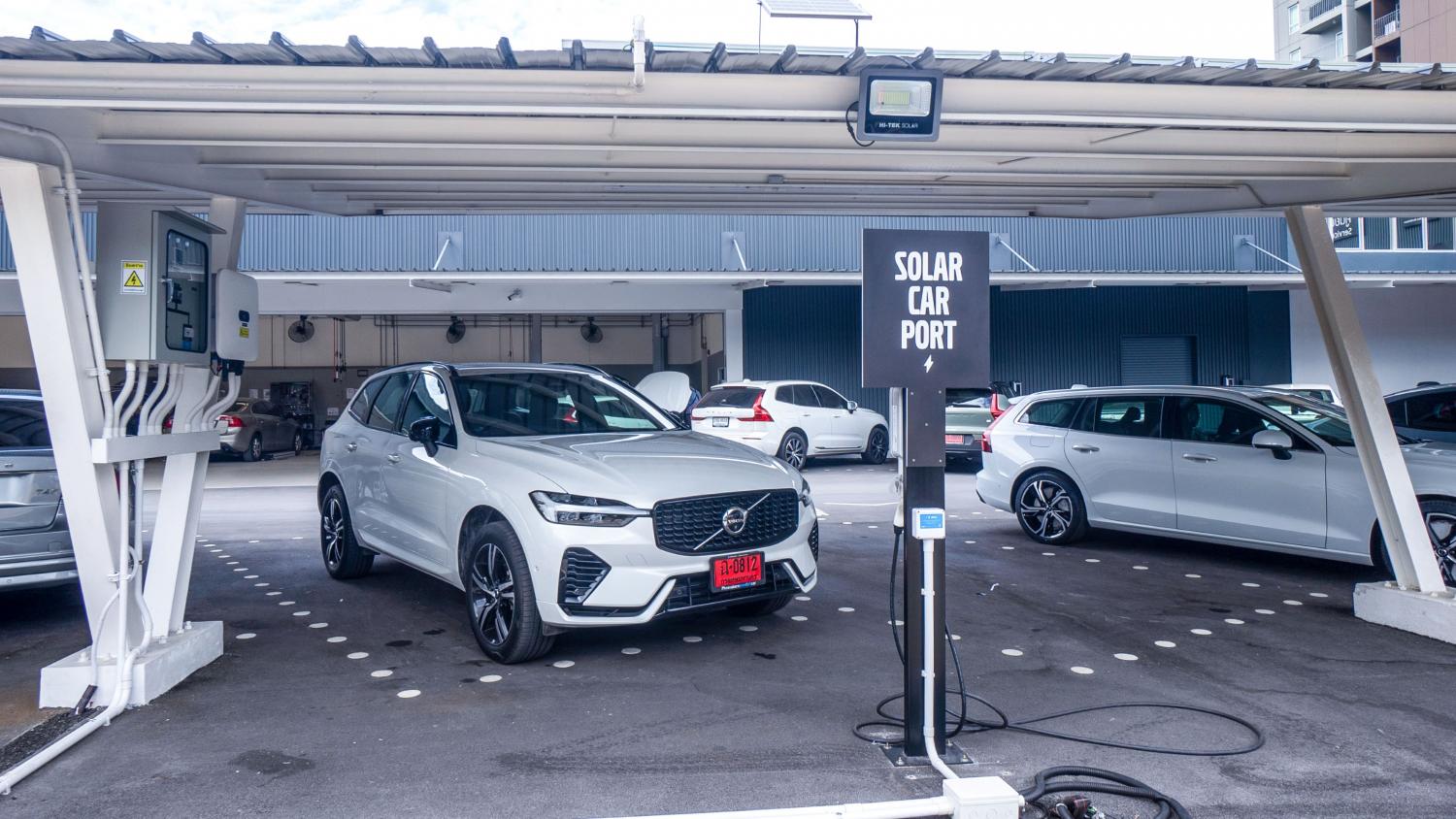