Mitsubishi’s mini-MPV has spawned a high-riding model to rival the Honda BR-V. Is it really necessary? 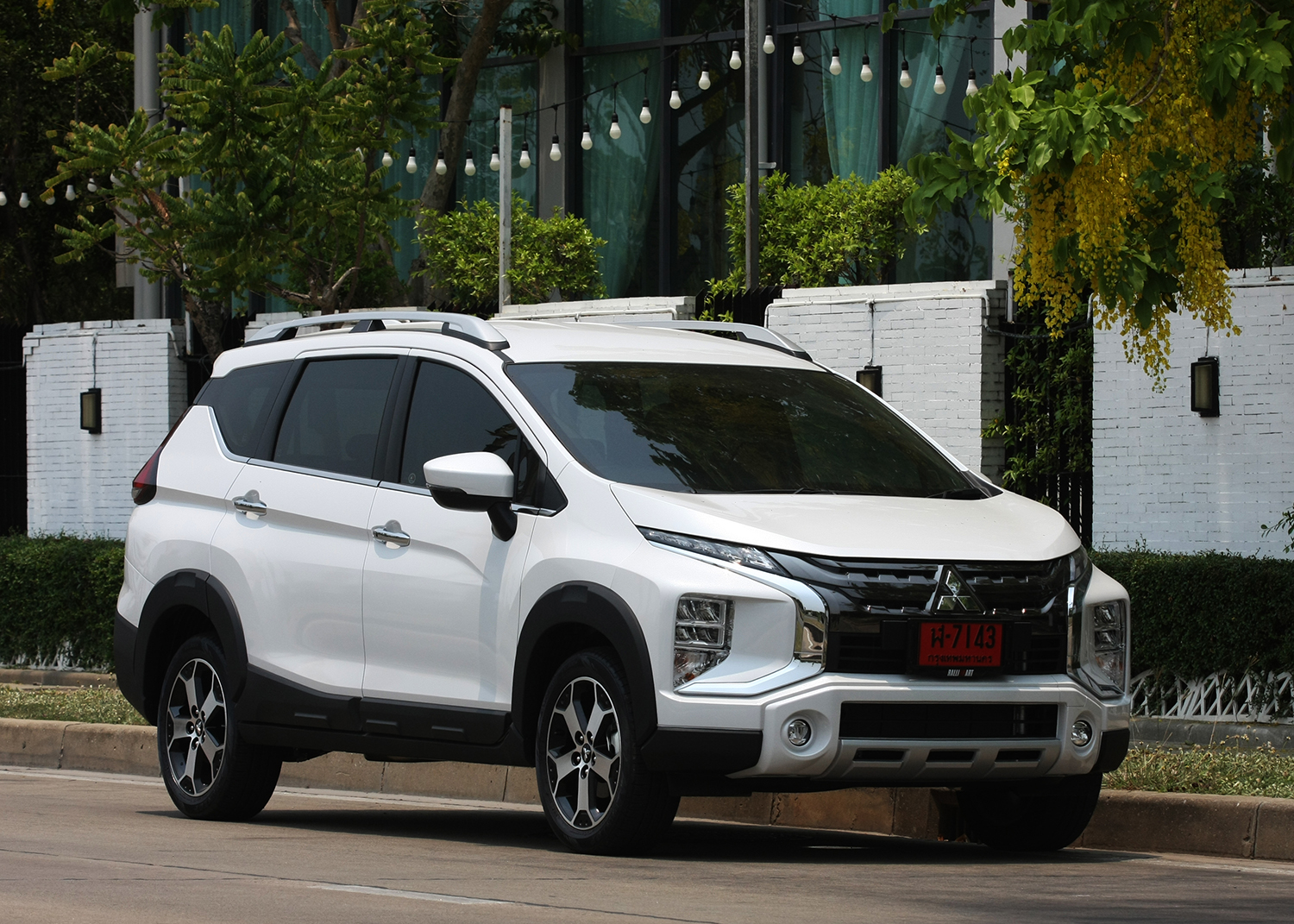 Thanks to a reasonably spacious seven-seat interior and circa-800,000 baht prices, the Mitsubishi Xpander has managed to meet Thai sales expectations taking up around 20% of the brand’s total sales in 2019.

Developed primarily for Indonesia, where it is made and shipped from, the Xpander has now spawned a new, high-riding version additionally bearing the Cross moniker.

Although it’s still a front-wheel-drive-only car like the regular model, Mitsubishi bills the Xpander Cross as an SUV taking the fight straight to the Honda BR-V, itself more or less a jacked-up variant of the Mobilio mini-MPV.

Key differences in the Xpander Cross SUV from the Xpander MPV is the 20mm higher ride height and slightly wider tracks.

The powertrain is unchanged and comprises of 105hp 1.5-litre petrol engine and four-speed torque-converter automatic transmission.

There’s only one grade for the Xpander Cross going for 899,000 baht, 40k more than the most expensive version of the regular Xpander.

Can it be any better overall the BR-V, which costs 65k less thanks to an E85-capable engine and sub-150g/km CO2 rating? 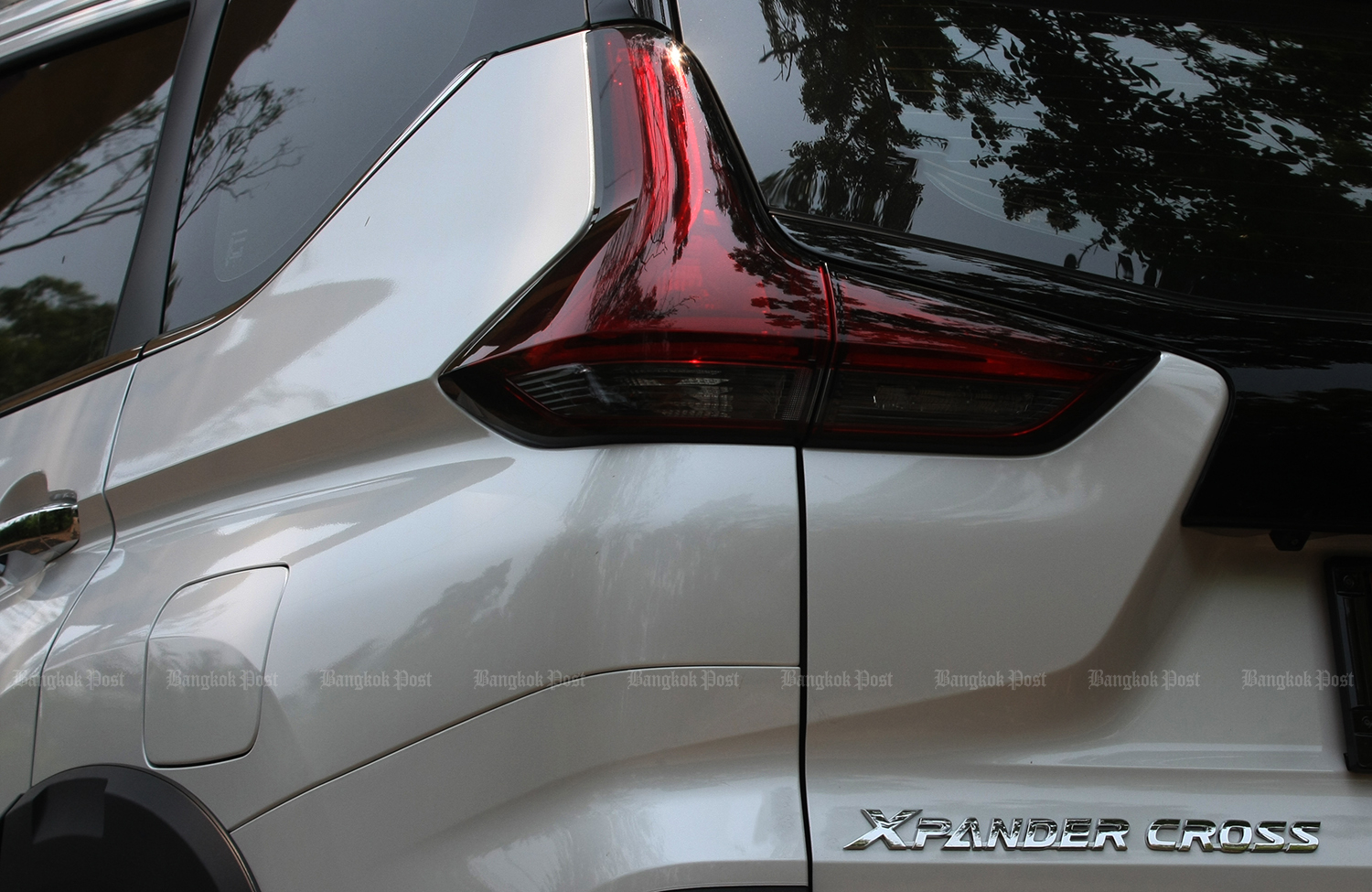 Vehicles with increased ground clearance theoretically tend to handle less neatly. But that doesn’t necessarily seem to be the case in the Xpander Cross, claimed to have an altered suspension setting over the basic model.

Despite its higher stance, the Xpander Cross doesn’t feel that soggy when making quick changes in directions. Of course, handling sharpness still can’t match that of the BR-V but the transformation hasn’t spoiled it (unlike what we experienced in the Toyota Yaris Cross earlier this year).

The ride on 17in wheels is comfy and absorbent, as well, making the Xpander Cross more accomplished than the BR-V is this particular aspect.

Other than that, the Xpander Cross has the interior space and quality (for a car of this class) to stay ahead of the BR-V. And yes, the Xpander Cross’ high seating position from the driver’s side truly lives up to the SUV bill. 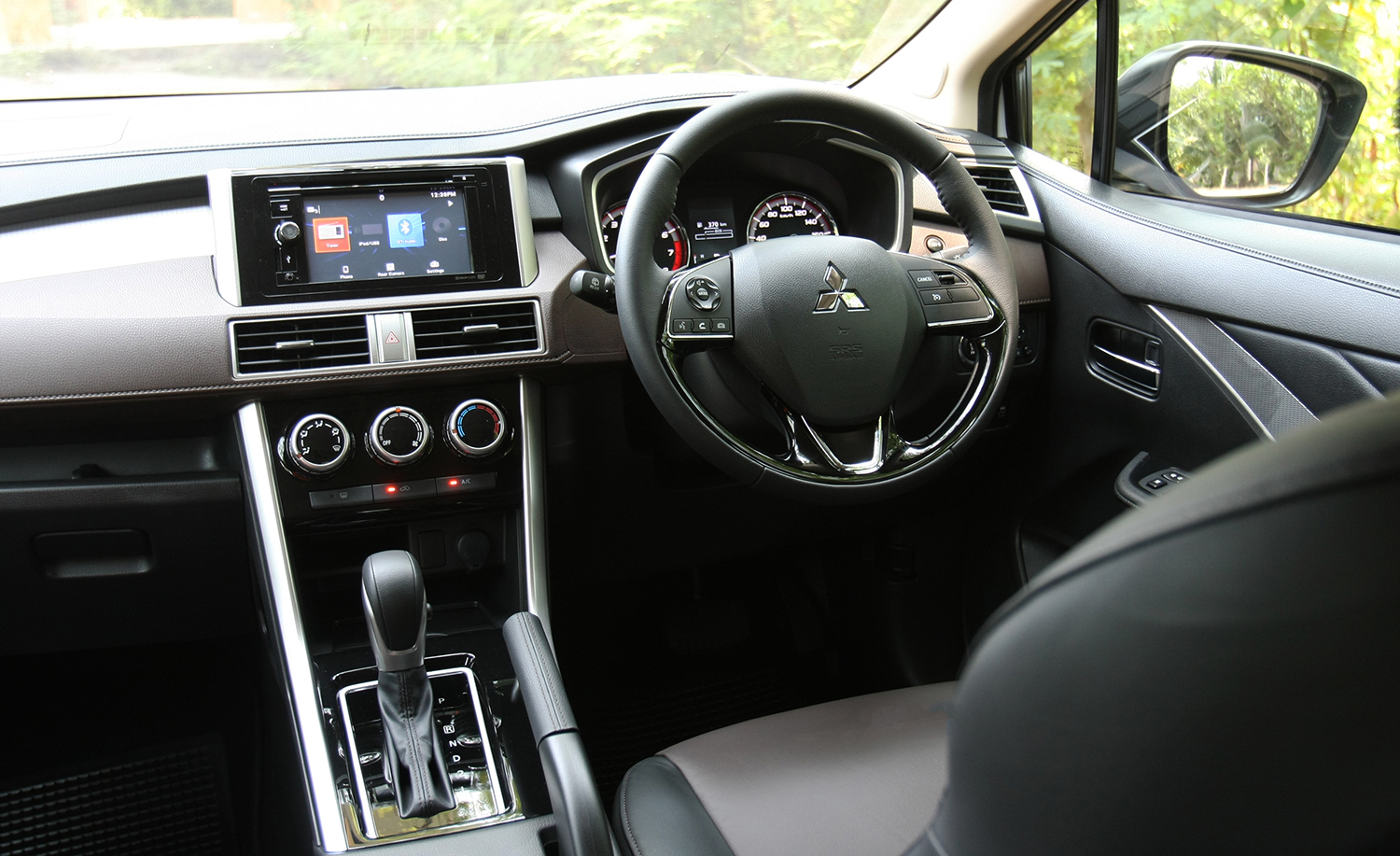 Unsurprisingly, the engine and gearbox are the weakest points in the Xpander Cross. It lacks usable punch for real-world driving and isn’t economical on fuel; the BR-V beats it here.

There are convenience features in the Xpander Cross like the infotainment system and rear parking camera displayed on the central screen.

But passive safety levels are low, as well as the number of driver-assist features. Hey, the Xpander Cross is a 900,000 baht car – the most expensive mini-MPV or mini-SUV. 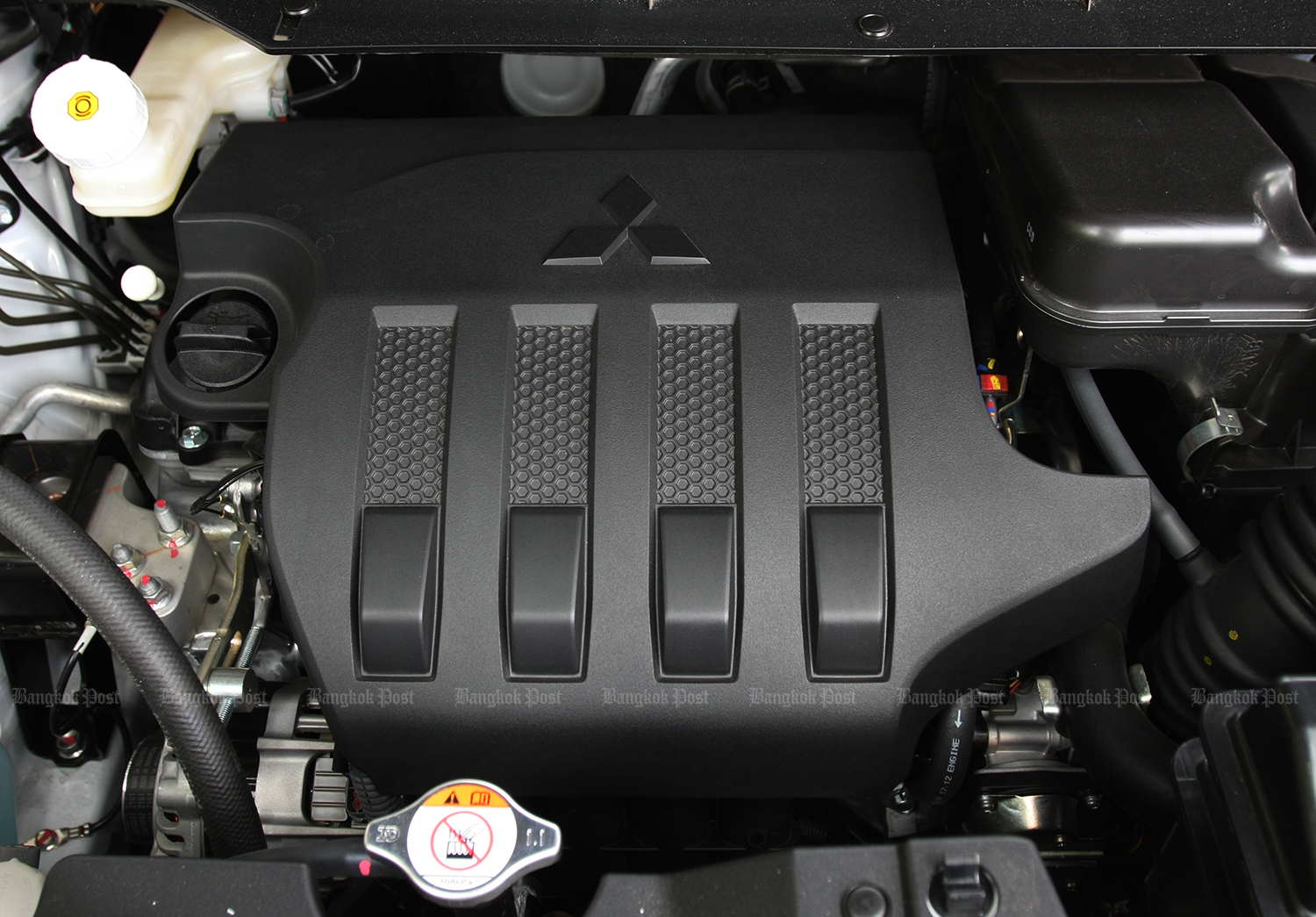 Compared to the regular Xpander, it’s really up to you whether those add-ons and increased ride height are to your liking.

Speaking of the ground clearance, the standard model already stands out with a 205mm reading, be it among SUVs or MPVs of this size. So if wading through floods is a must, maybe the 225mm height of the Xpander Cross might be useful.

The Xpander Cross doesn’t beat the BR-V overall, though. It’s far pricier, has a weaker powertrain and less convincing driving manners but makes up with a more comfortable interior and, if debatable, more modern-looking package.

But with many buyers of mass-market cars putting aside the driving experience these days, the Xpander Cross probably might be the vehicle they crave for: high-riding, comfy and decently spacious for seven. 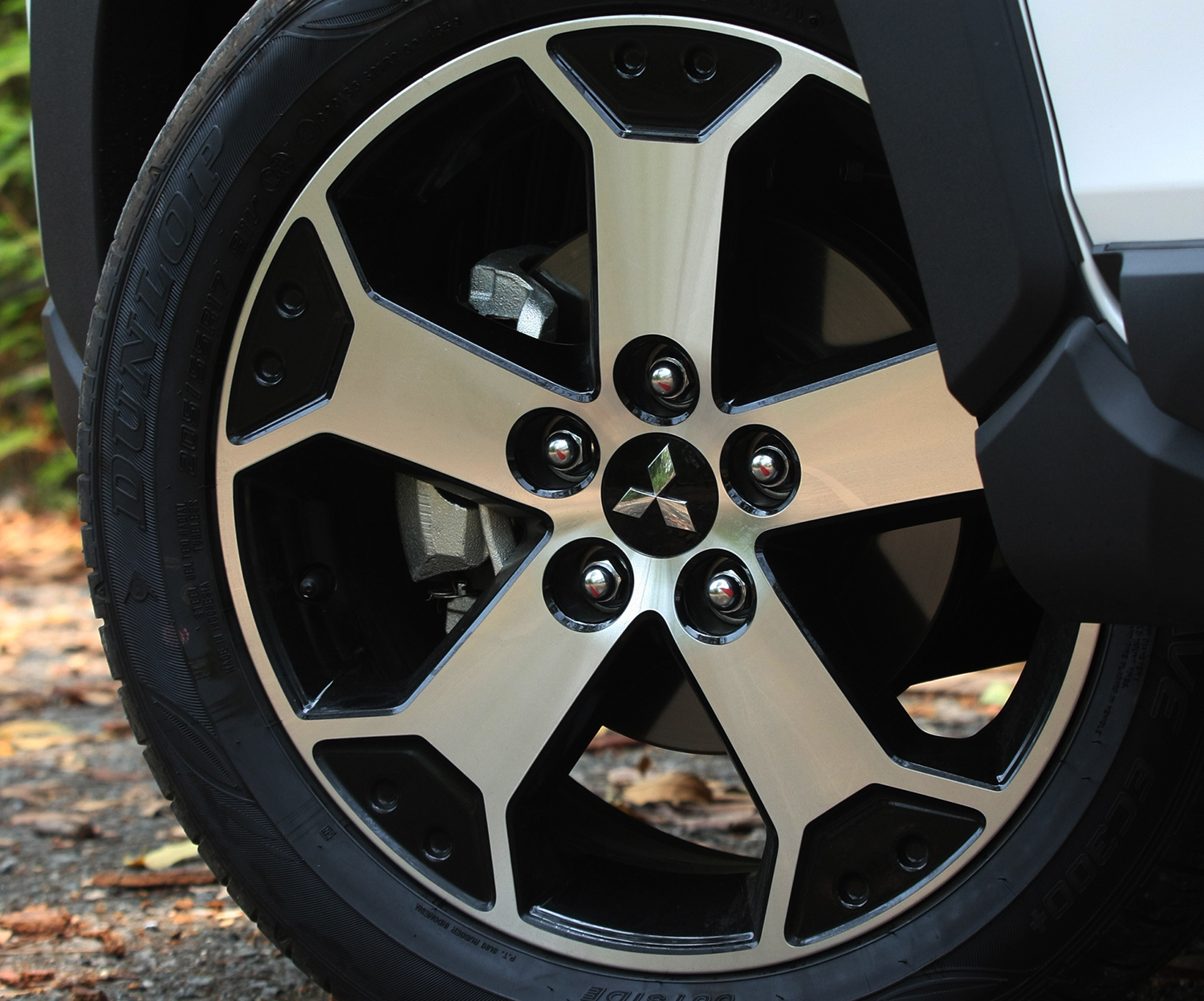 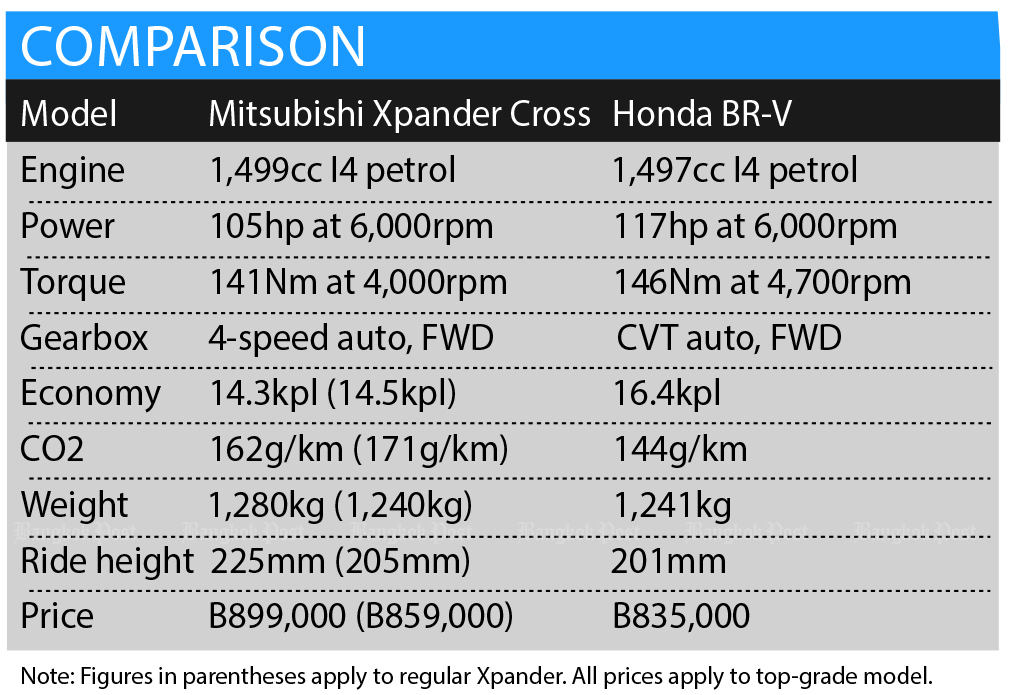