MG has revised its ZS with tweaked looks, smarter interior and new gearbox – all at class-beating prices like before. 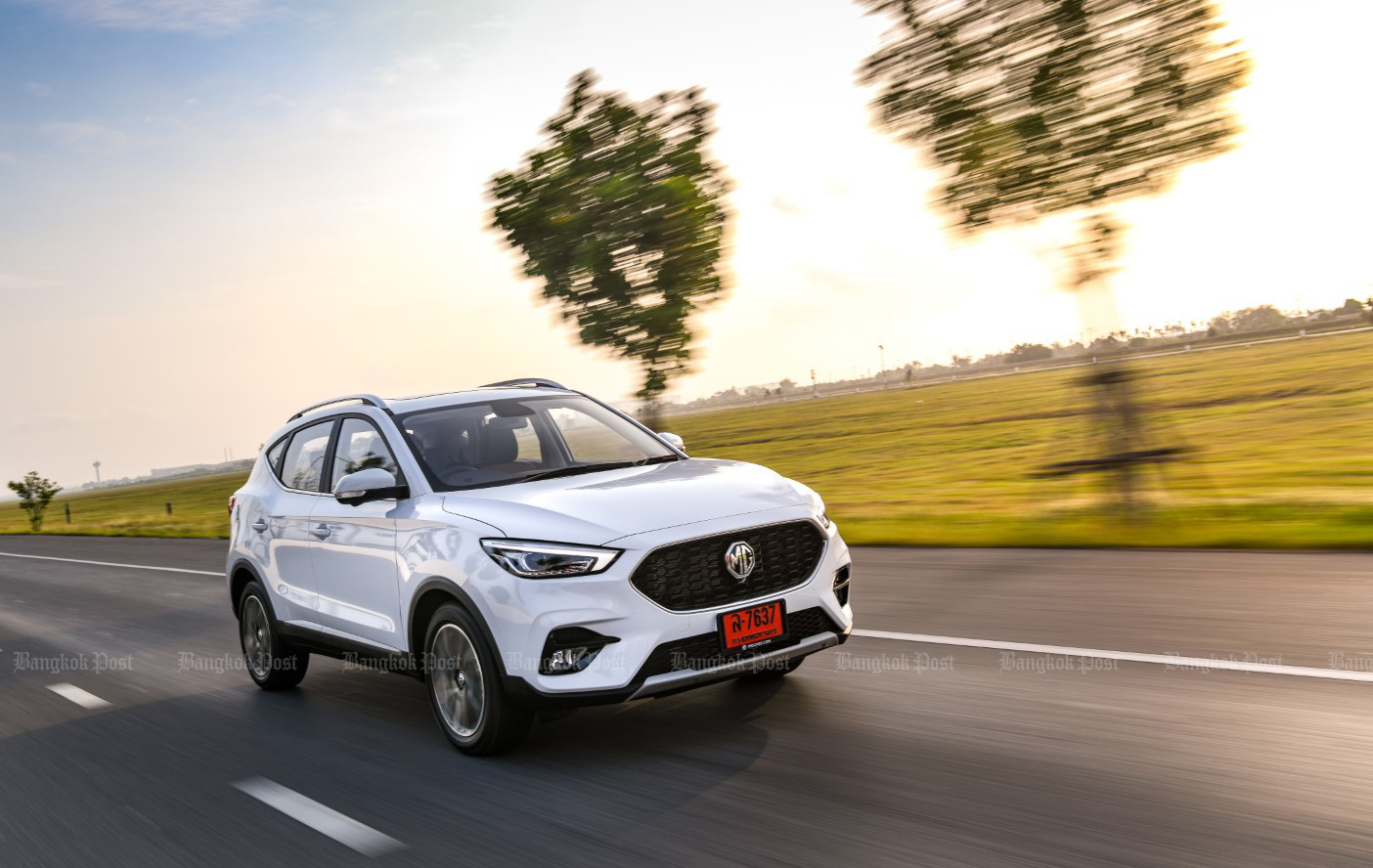 MG Sales (Thailand) has released a minor-changed version of its popular ZS after selling in its current generation since 2017.

The main visual change for the mid-life update is the front end which sees a redesigned grille, bumper and LED lights, the latter also applied on the rear. The 17in wheel design is new, too.

The interior remains basically the same as before, but the instrument panel has been upgraded to the digital type. Like before, the central infotainment system has voice control that can be operated in Thai language, as well.

Although the ZS is still powered by the same 114hp E85-capable 1.5-litre petrol engine, the 4-speed torque-converter automatic has been replaced with a CVT type with 8-speed manual mode. MG claims better responsiveness with the new gearbox.

There are three grades for the revised ZS with a price increase of 10k ranging from 689,000-789,000 baht. Due to these low prices, the ZS has emerged as one of the best-selling B-segment SUVs in Thailand and has helped the brand boost is market share substantially.

Other players like the Honda HR-V, Mazda CX-30 and Toyota C-HR compete in the 900,000 to 1.2 million baht price bracket. Nissan will introduce the hybrid-powered Kicks later this week in Thailand, although its price target isn’t known yet.

This revision by MG doesn’t extend to the all-electric ZS EV which has only been introduced into the market last year. The Chinese-made battery-electric vehicle currently retails for 1.19 million baht in just one grade. 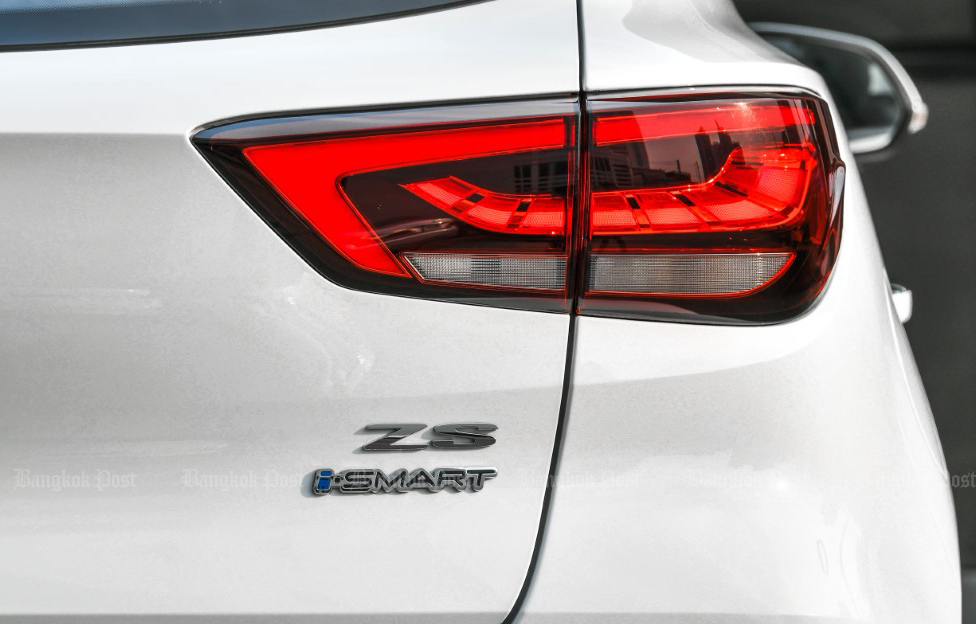 Thanks to an upgraded transmission, some sense of lethargy from the non-turbo 1.5-litre has gone because the gearbox now has a tendency to keep the engine higher up the revs upon squeezing more throttle effort for the better responsiveness MG is claiming.

Mind, it’s not the old generation CVT auto with that “elastic” feel; this one has the “stepped” perception of torque-converters that can also be found the latest Hondas and Toyotas.

While the chassis remains changed, some small differences in the aspect ratio and tread width of the same 17in tyres have slightly improved the secondary ride. Yes, it improvement can be felt over sharp bumps.

We never really had a problem with the driving cockpit of the pre-facelift ZS, which is why the digital panel is a welcome addition paying benefits of modernity, clarity and adjustability.

Japanese brands are quite stingy with this particular feature. And yes, if you want a car that can speak in Thai with you, there’s still no other than MG yet.

One strong point is inherent but significant: spacious and well-furnished interior which Thai have greatly come to like. It also doesn't feel cheap here, either. 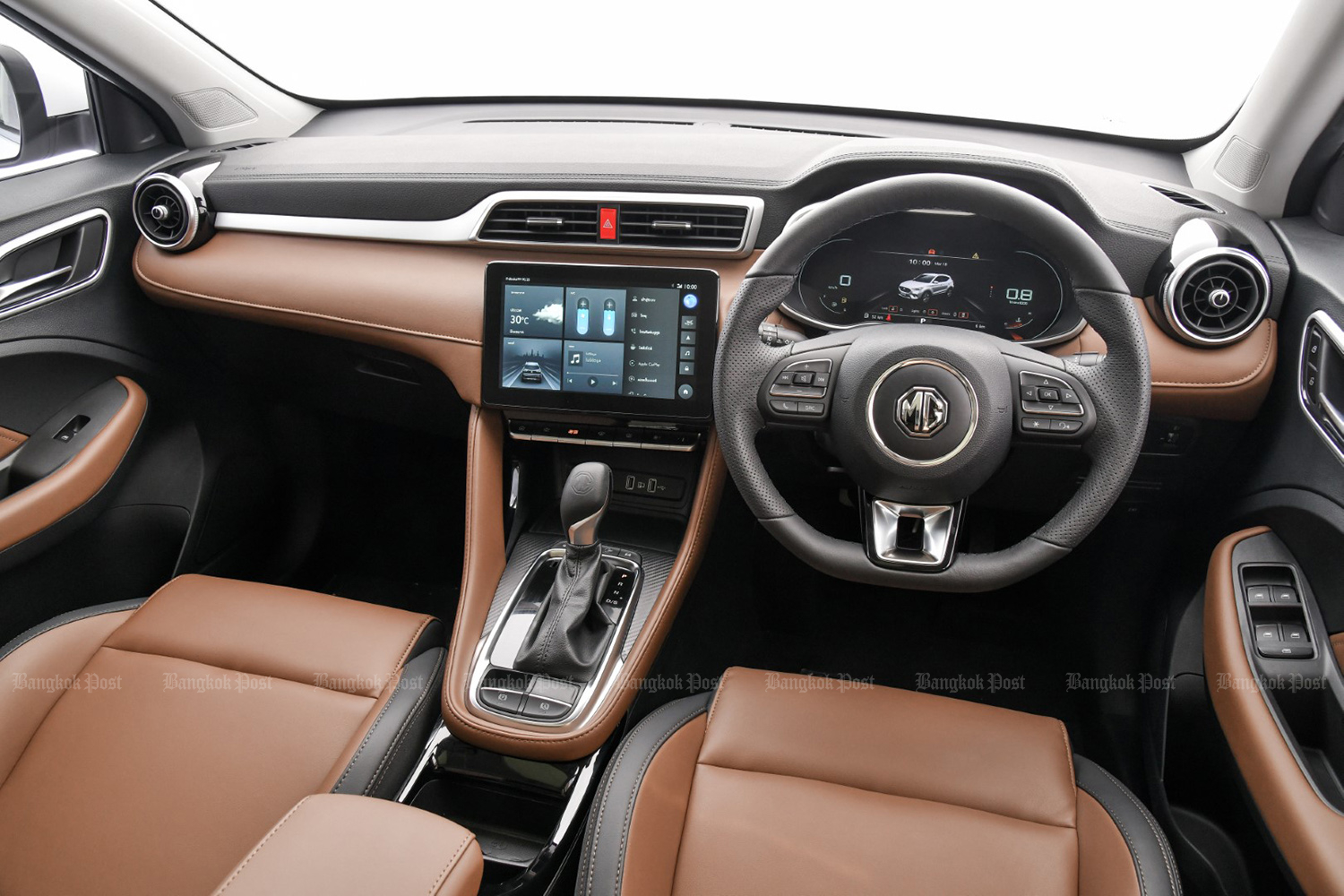 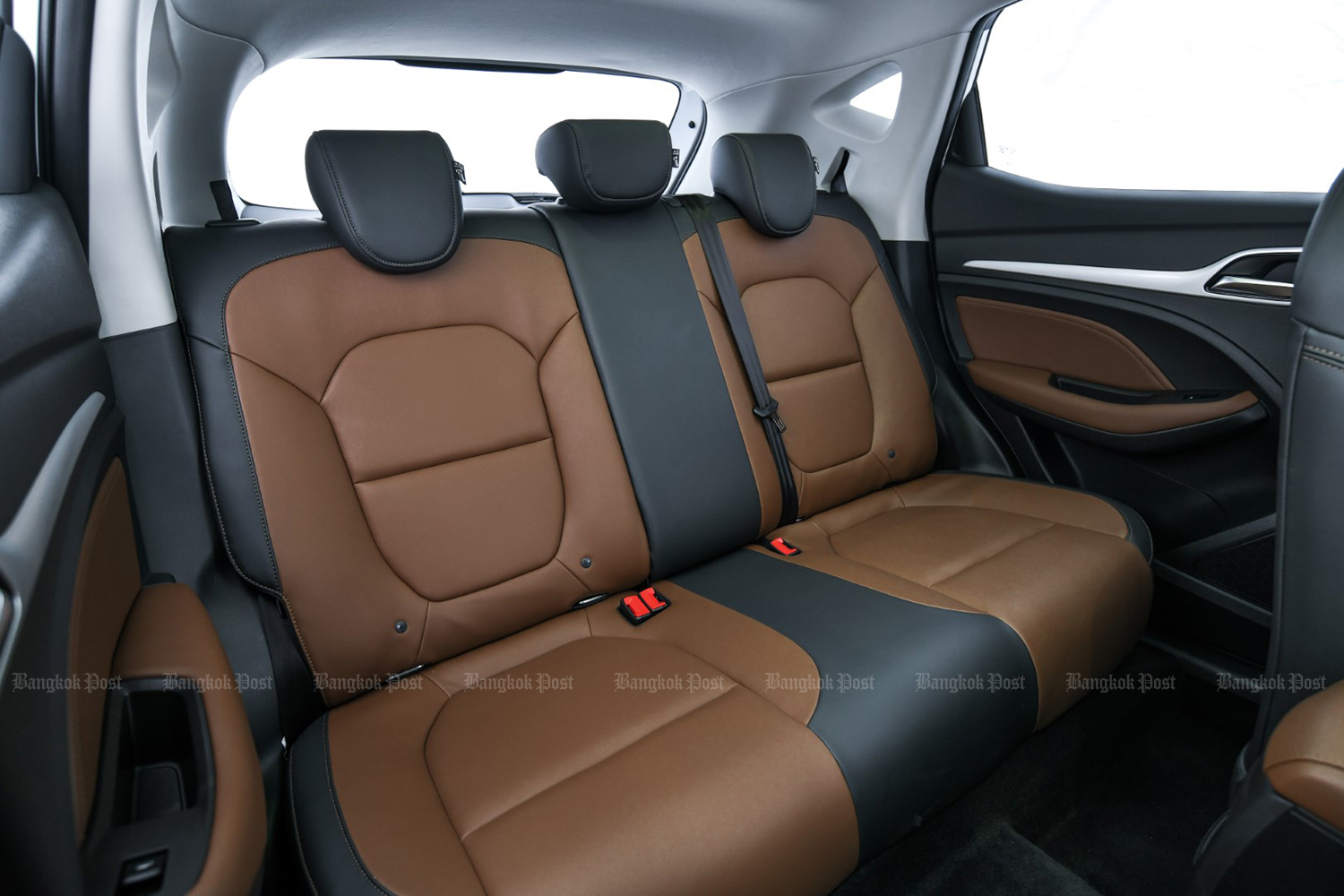 Despite putting some effort in trying to enhance performance, this carried-over petrol engine is still quite breathless at highway speeds. Moreover, the CVT can also be too eager in staying at higher revs or erratic in trying to keep a smooth driveline.

MG still thinks the benefits outweigh the downsides which is why they think customers won’t mind the inferior fuel economy and CO2 figures: 15.6kpl and 148g/km vs the 16.1kpl and 144g/km figures of the previous model.

The ZS remains an attractively priced SUV, but just be aware that the three trims available do have some significant differences in kit. As some examples: the basic spec doesn’t get 17in wheels or that digital instrument panel. And the number of airbags only start to increase when you climb the spec ranks.

This is just a mid-life effort, so you can’t expect the ZS to be totally transformed in appearance. So despite looking neat in its own right, the competition is filled with some bold (even if radical to some) design like the C-HR, CX-30 and Kicks. 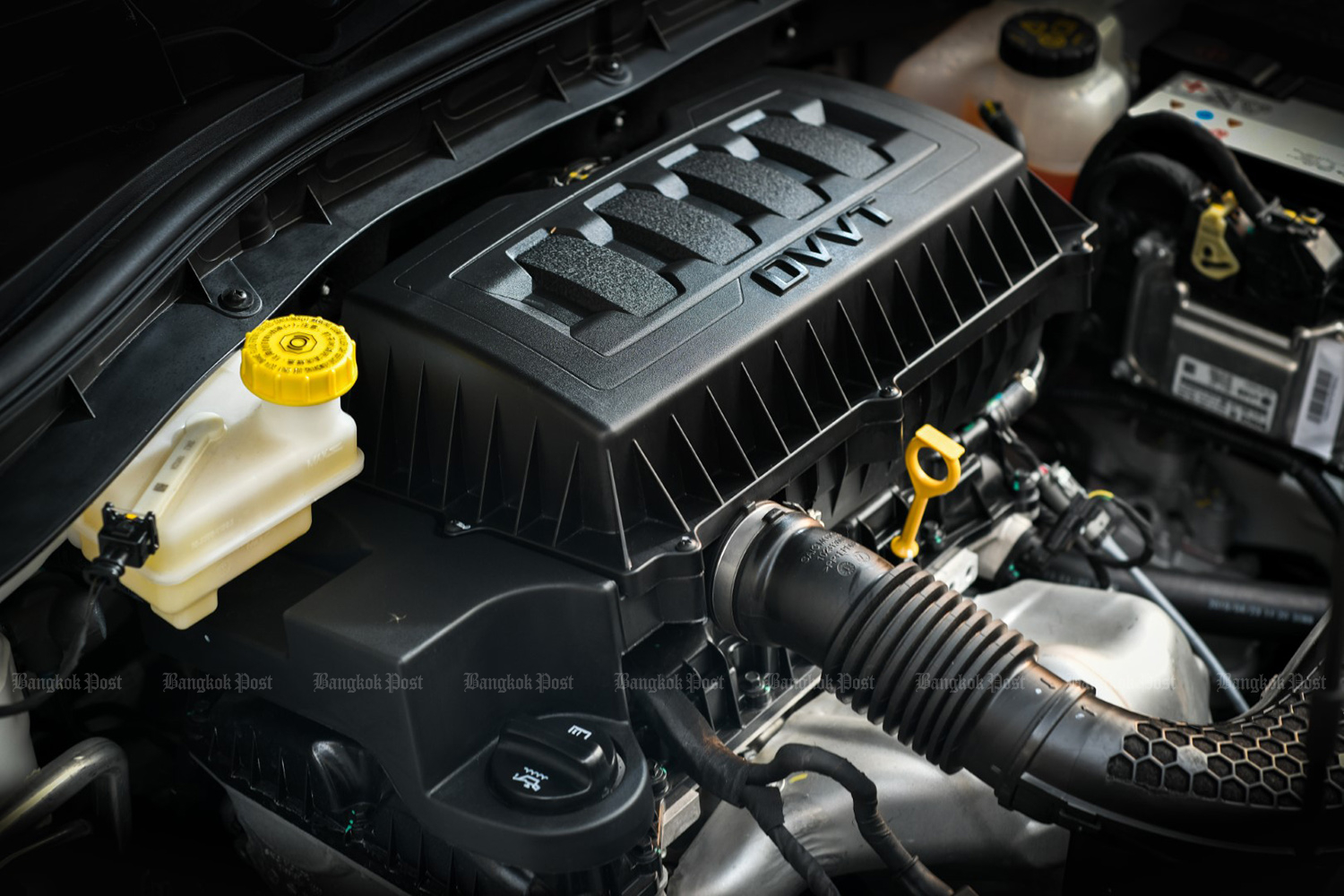 While most of the improvements of this so-called minor-changed ZS looks minimal, they are actually quite significant when it comes to satisfying Thai palates.

MG clearly knows that many potential buyers are ready to sacrifice some driving performance for lowered retail prices especially among urbanites who don’t place priority for it.

In other markets, the ZS has a 1.0-litre petrol-turbo unit but is claimed to have detrimental effects in retail pricing (an entire powertrain can take up to half a vehicle’s costs).

So while MG has been producing some better results in higher SUV segments, like where the HS is nicely priced and powered, it still remains to be seen if it could apply some magic in the 700-800k segment.

That’s because other areas of the ZS appear to be sufficing and competitive enough, especially with a roomy body. In other words: an SUV sized the Honda HR-V but priced far lower than it. 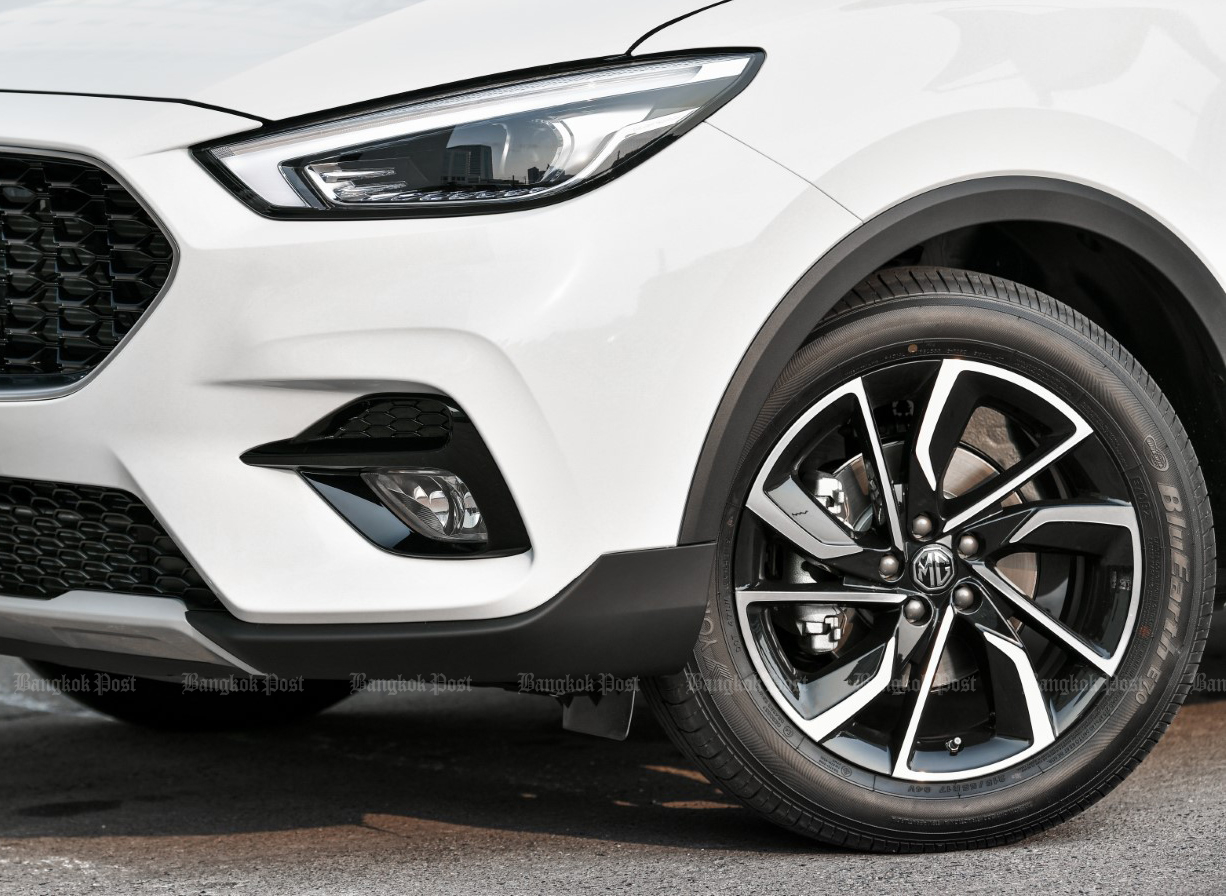