Suzuki goes on the offensive

Stylish and versatile, the XL7 is the perfect choice for those on a budget

The economic crunch sparked by the Covid-19 pandemic has resulted in lower consumer spending, with many downsizing budgets for new car purchases.

This has benefitted, to some extent, automakers offering products in the lower end of the spectrum, and one of them is Japanese small car expert Suzuki.

Suzuki is one of the stronger players in the low-budget market, having sold more than 200,000 eco-cars in Thailand since 2012. Its product portfolio ranges from small hatchbacks like the Celerio and Swift, to the Ciaz sedan, Carry small truck and the Ertiga/XL7 subcompact MPV that's imported from Indonesia.

Suzuki says that since the XL7 was launched in July last year, the dressed-up model has been attracting a steady 300-400 customers monthly thanks to its stylish design, high versatility and affordable pricing. In fact, after it was launched, the XL7 proved to be the more popular model compared to the Ertiga which it shares underpinnings with, claiming a commanding 80-20 sales ratio. 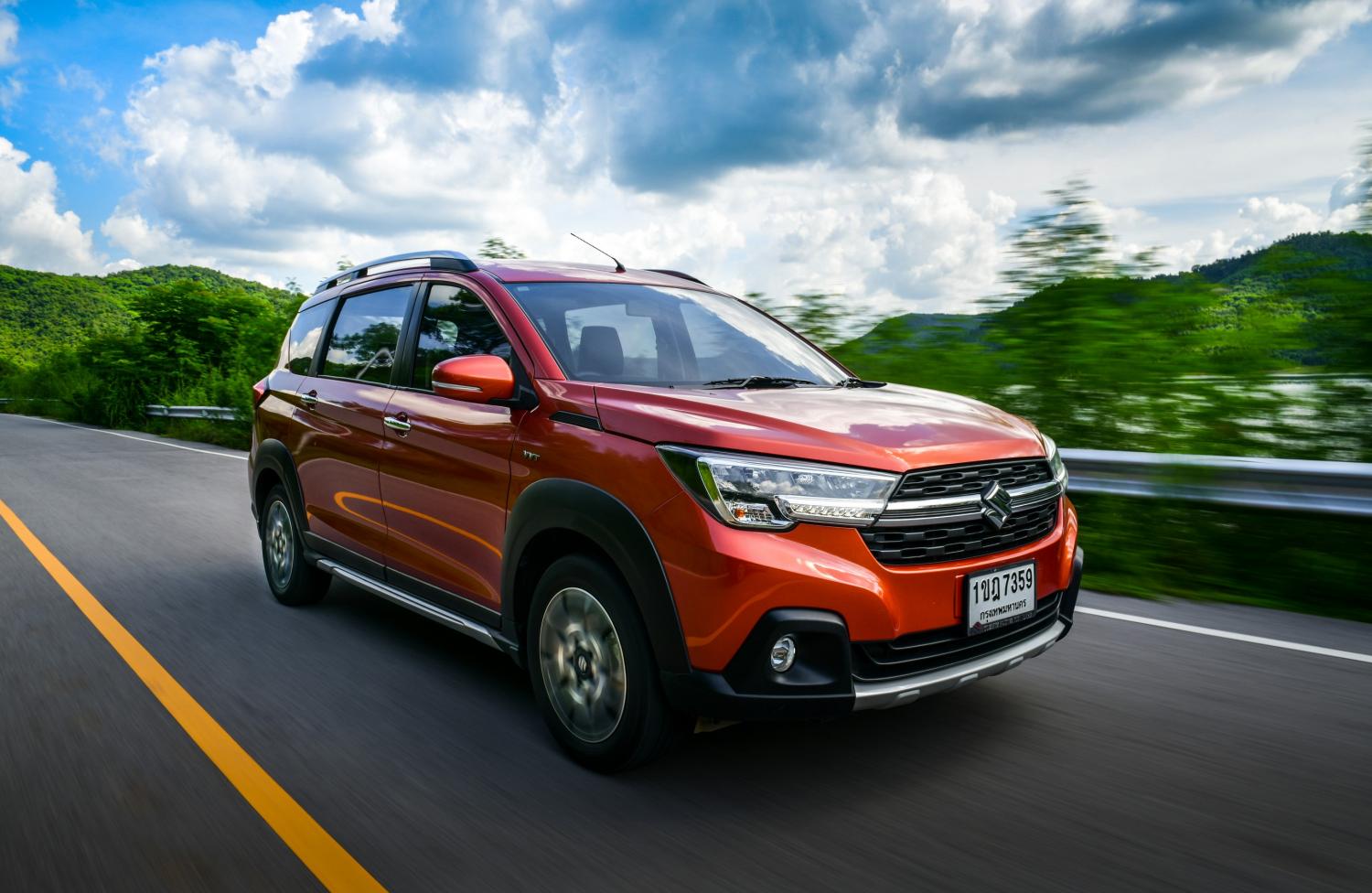 The main reason for the popularity of the XL7 over its sibling is the exterior design that is more stylish and dynamic, which makes the Ertiga appear somewhat bland.

The off-road styling gives the XL7 a rugged and convincing look that appeals to a large number of younger buyers, while Ertiga customers are mostly family-type buyers, according to Suzuki.

The front end of the XL7 features a black/chrome grille and LED headlights, daytime running lights and foglamps neatly laid out. Contributing to the off-road looks are a black-chrome lower body trim as well as black wheel arch mouldings, two-tone alloy wheels and roof rails.

The interior design of the XL7 is pretty straightforward, while the materials used are average in quality. Nevertheless, there is a striking carbon-kevlar pattern on the front console that offers a small premium feel. There aren't many soft-touch areas around the cabin though, but that's the norm with vehicles in this price range. 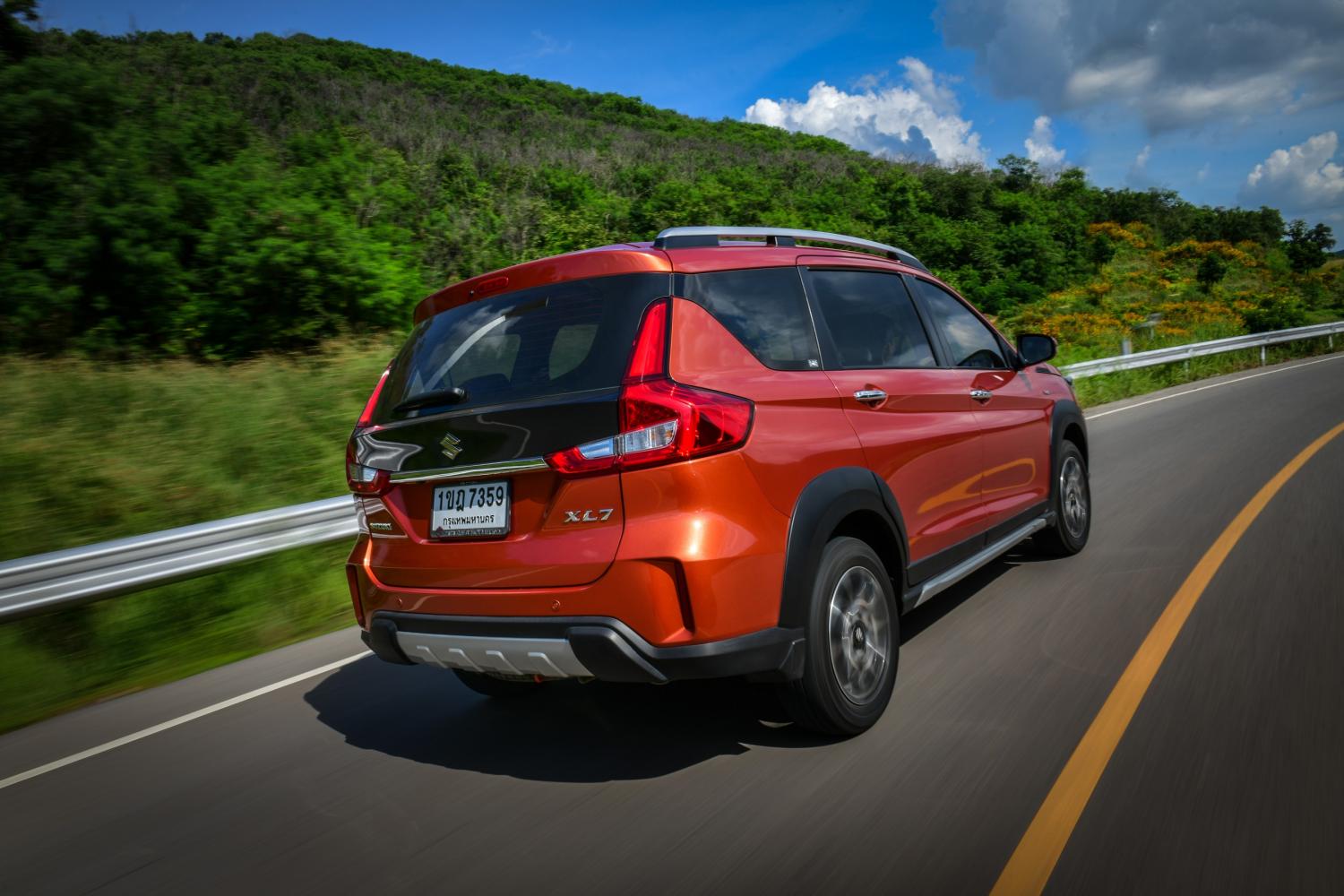 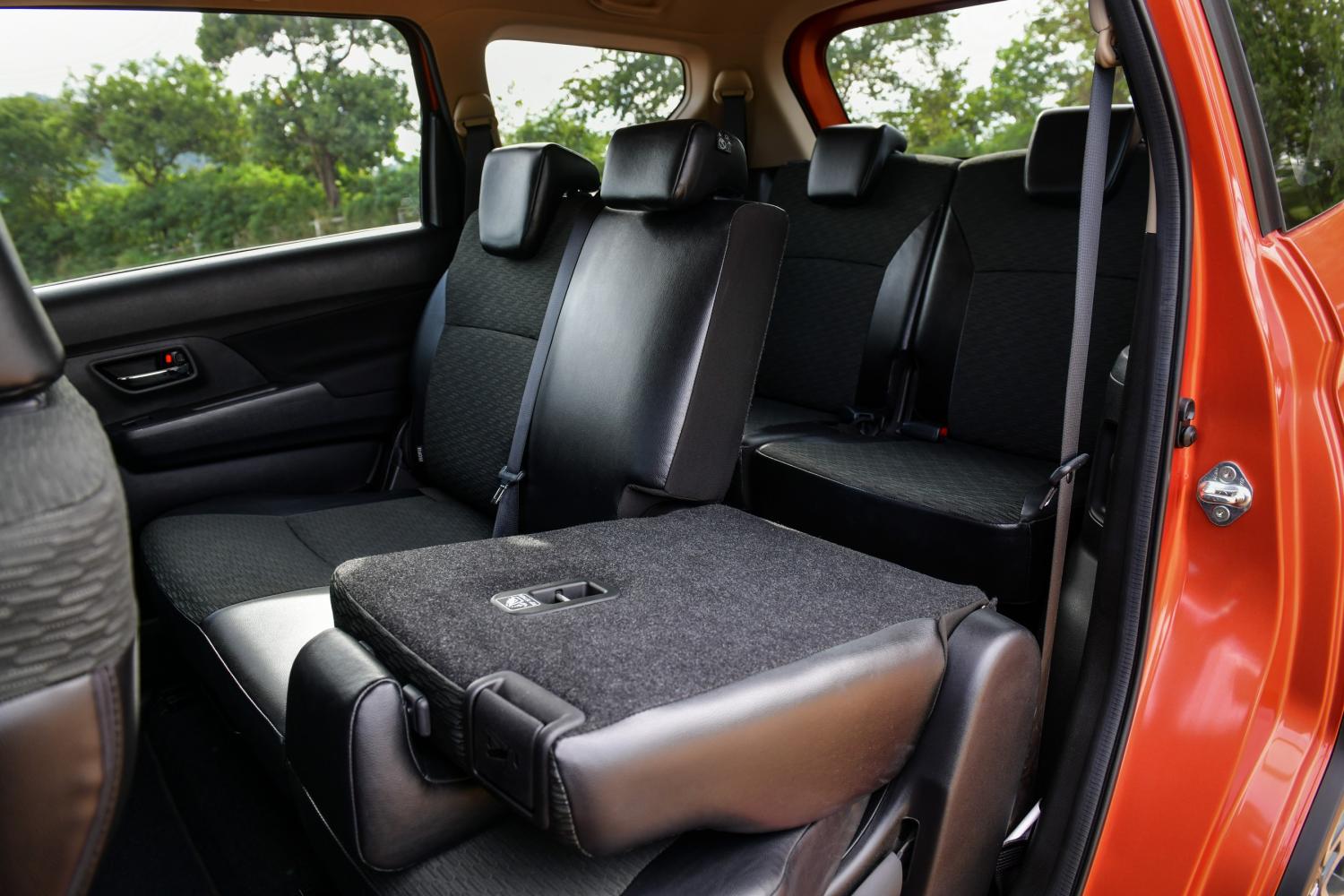 The XL7 comes with a rather sporty 3-spoke D-shaped steering wheel with a few controls for the audio and smartphone, while the instrument cluster has a small LCD screen that displays various information such as fuel economy, engine power and torque, and even G-force (which looks out of place in a vehicle like this).

The centre touchscreen is pretty good though, coming with Apple CarPlay and Android Auto and large graphics that are super easy to read. There are USB and HDMI ports upfront, and another USB port at the rear along with three 12-volt outlets located around the cabin.

The front air-conditioning is fully automatic and there's a second set of controls and air vents located on the roof for the rear passengers. Adjustable vents are provided for front cupholders to keep them cold, which is a nice trick. In total, there are eight cup/bottle holders in the XL7.

The seats are upholstered with fabric and PVC, and offer decent comfort for long-distance driving with an upright sitting position. The three-row seating layout allows the XL7 to be used for family trips, or for lifestyle excursions with plenty of space for carrying stuff when the second- and third-row seats are folded. According to figures from Suzuki, there is 550 litres of space with the third-row seats folded, and 803 litres with the second-row seats folded too.

The second-row seats can be slid back and forth by 240mm to open up entry for third-row passengers. There are ISOFIX and top tethers for child seats fitted as standard.

Dual front airbags, seatbelts for seven and electronic stability control are basically the safety package you get. 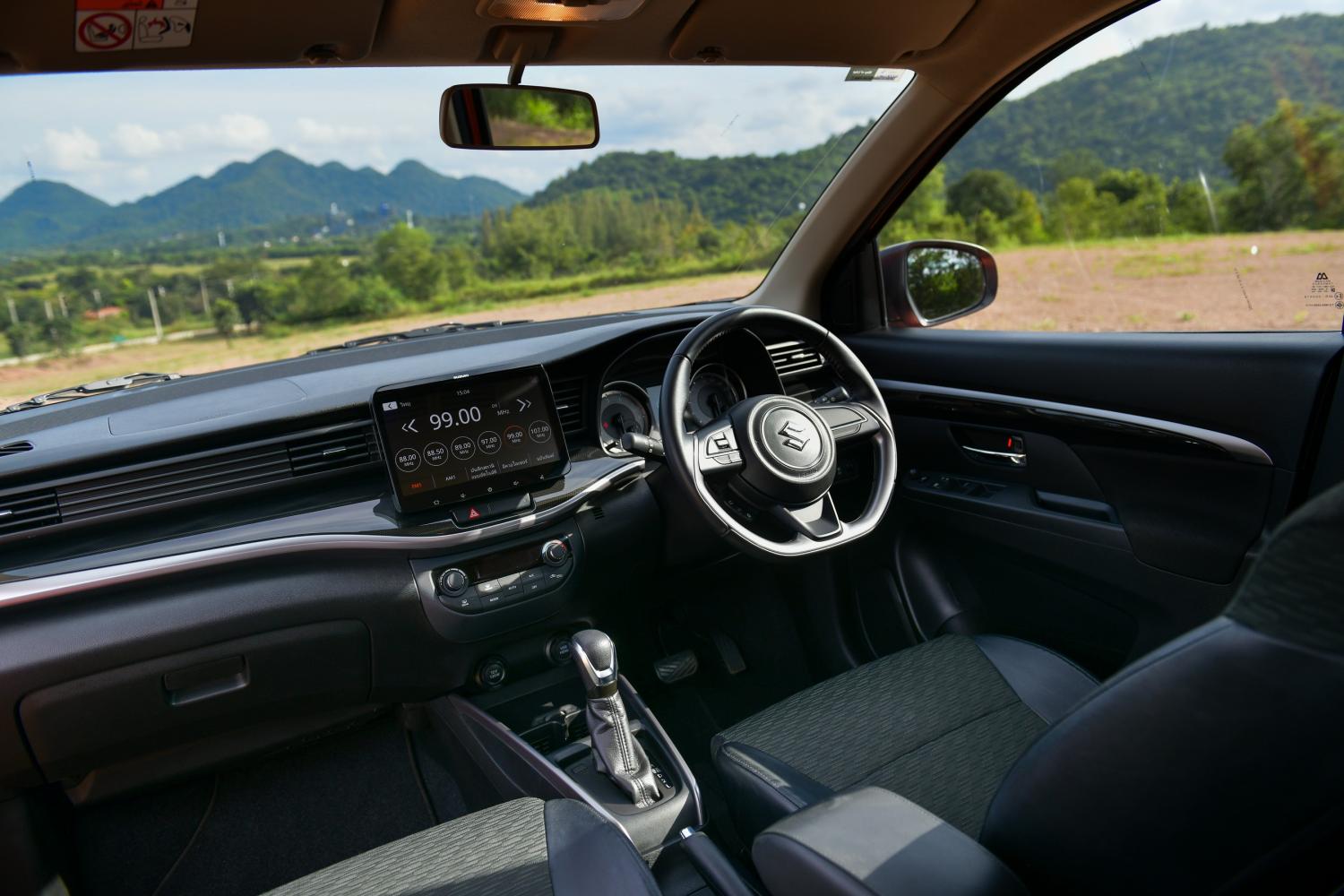 The XL7 weighs in at 1,175kg (which is about 100kg more than a subcompact 1.5-litre car), so do not expect eye-popping performance. There's just enough power and torque to get along comfortably, although the 4-pot 16-valve K15B engine can get pretty lively when the revs hit 4,000rpm and above. 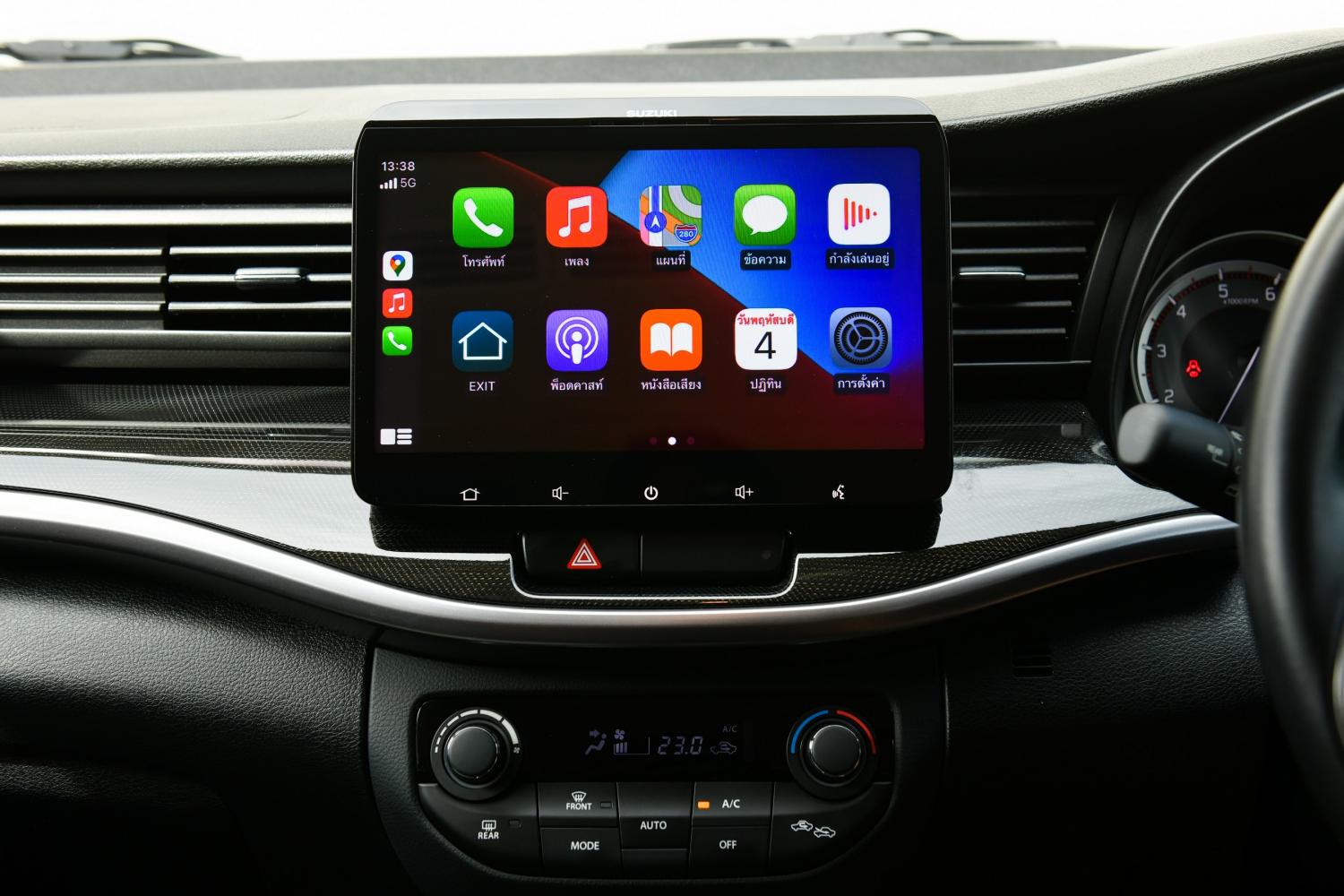 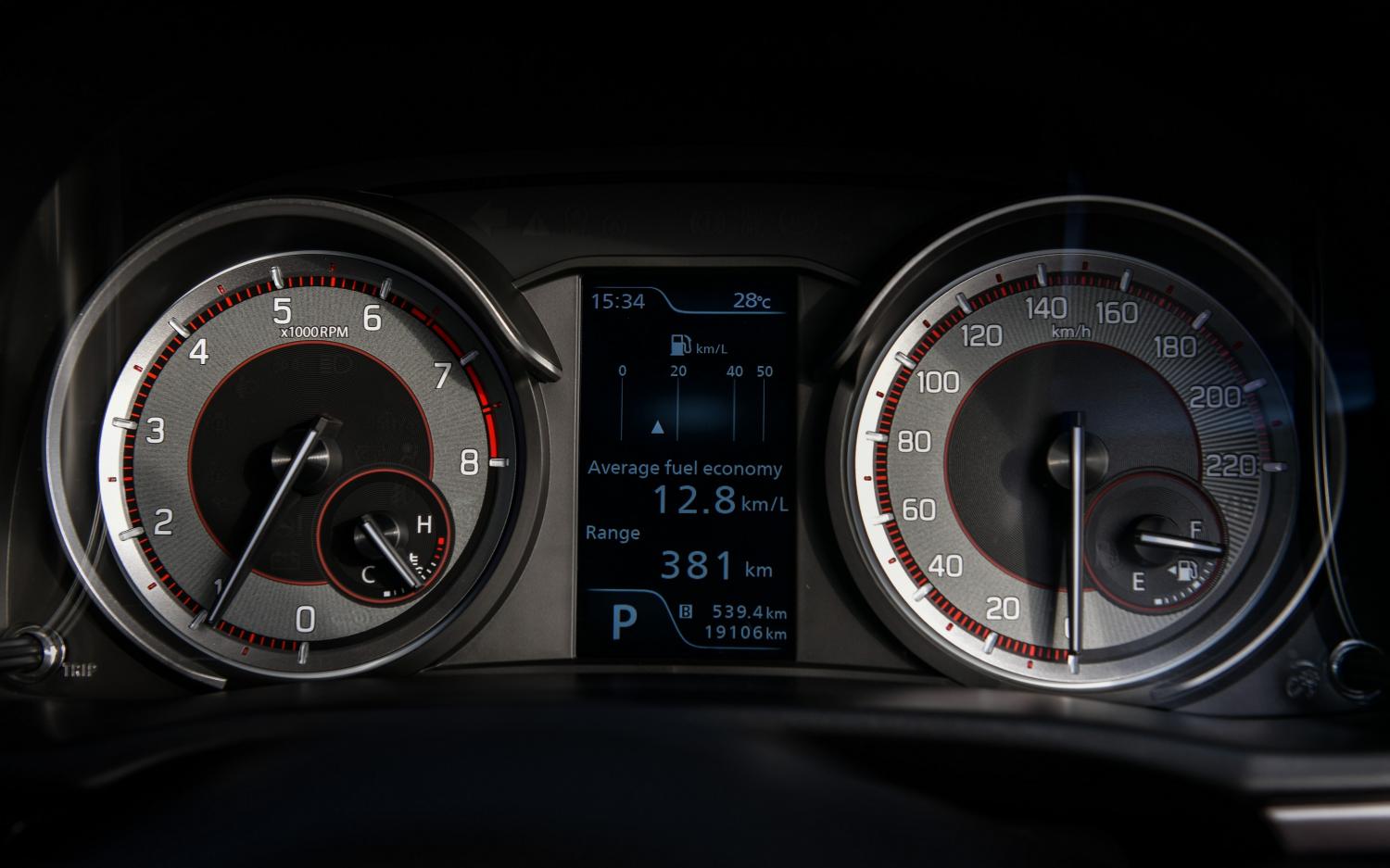 The front strut suspension comes with a stabiliser to tidy things up when cornering, while the rear suspension comprises a torsion beam setup.

The good news is that the suspension height has been raised to provide a generous ground clearance of 200mm, which gives the XL7 the ability to be driven over semi-rough terrain or wade through floodwater comfortably. Hill Hold Control is also provided for easy uphill driving.

On the highway, the 195/60 R16 tyres contribute to a smooth ride. And although it has the looks, the XL7 isn't anywhere close to a true off-roader, being just front-wheel-driven. Meanwhile, stopping power comes from discs up front and drums at the rear that provide a satisfactory pedal feel and performance. 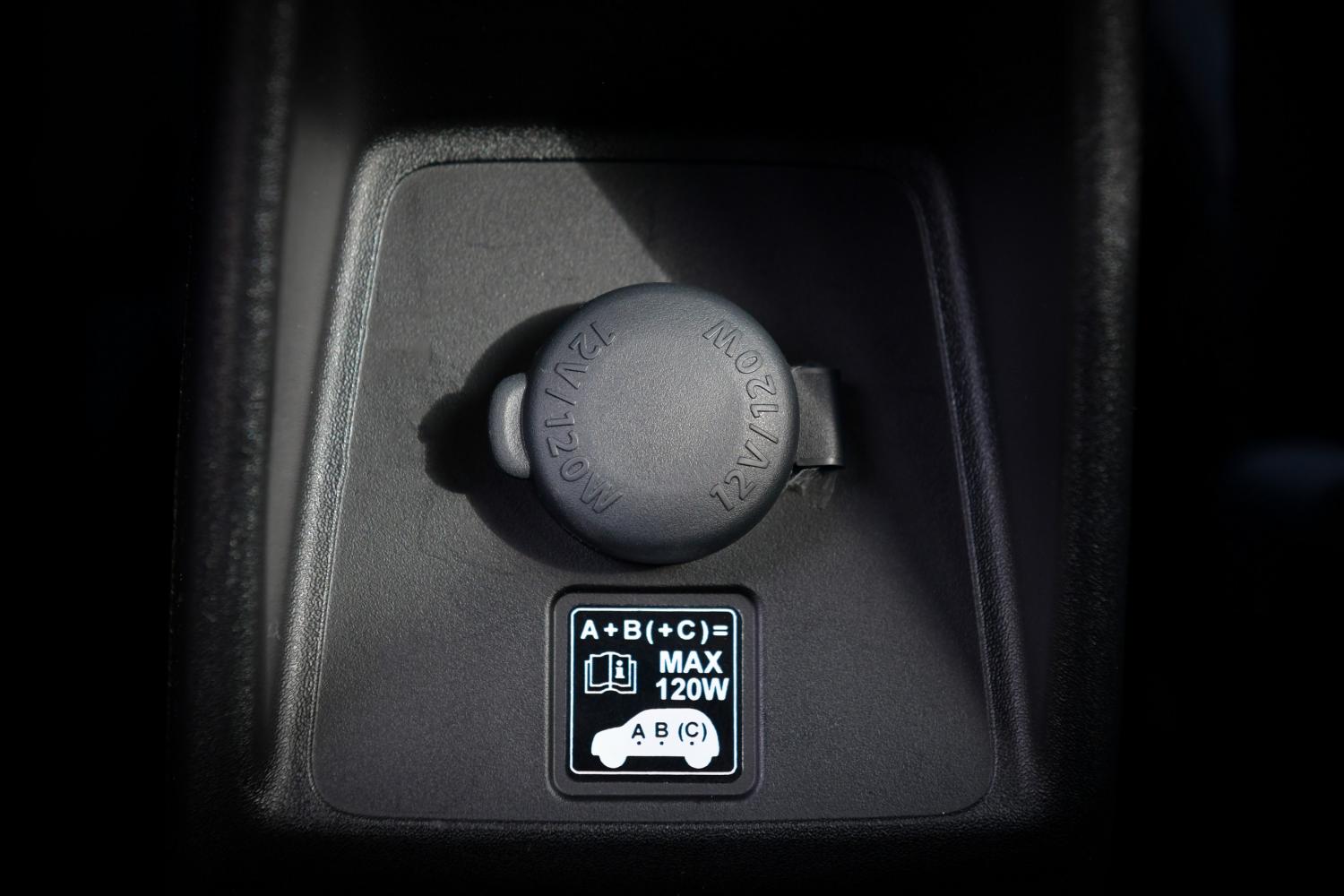 There's a saying that people who don't like the XL7 are people who have already bought the Ertiga.

And while the Ertiga may find it difficult to compete against rivals in the small seven-seater MPV market all by itself, the XL7 is able to help lead the Suzuki charge, thanks to a more attractive exterior package. The price increase of 54,000 baht compared to the top Ertiga model seems justified and is actually working out well for Suzuki in terms of sales.

But do bear in mind that you're not going to get pampered with tons of luxury and high-tech features that are present in MPV and crossovers at a higher price point, for example from 1-1.2 million baht. The XL7 is an attractive choice only if your budget is under 800,000 baht. 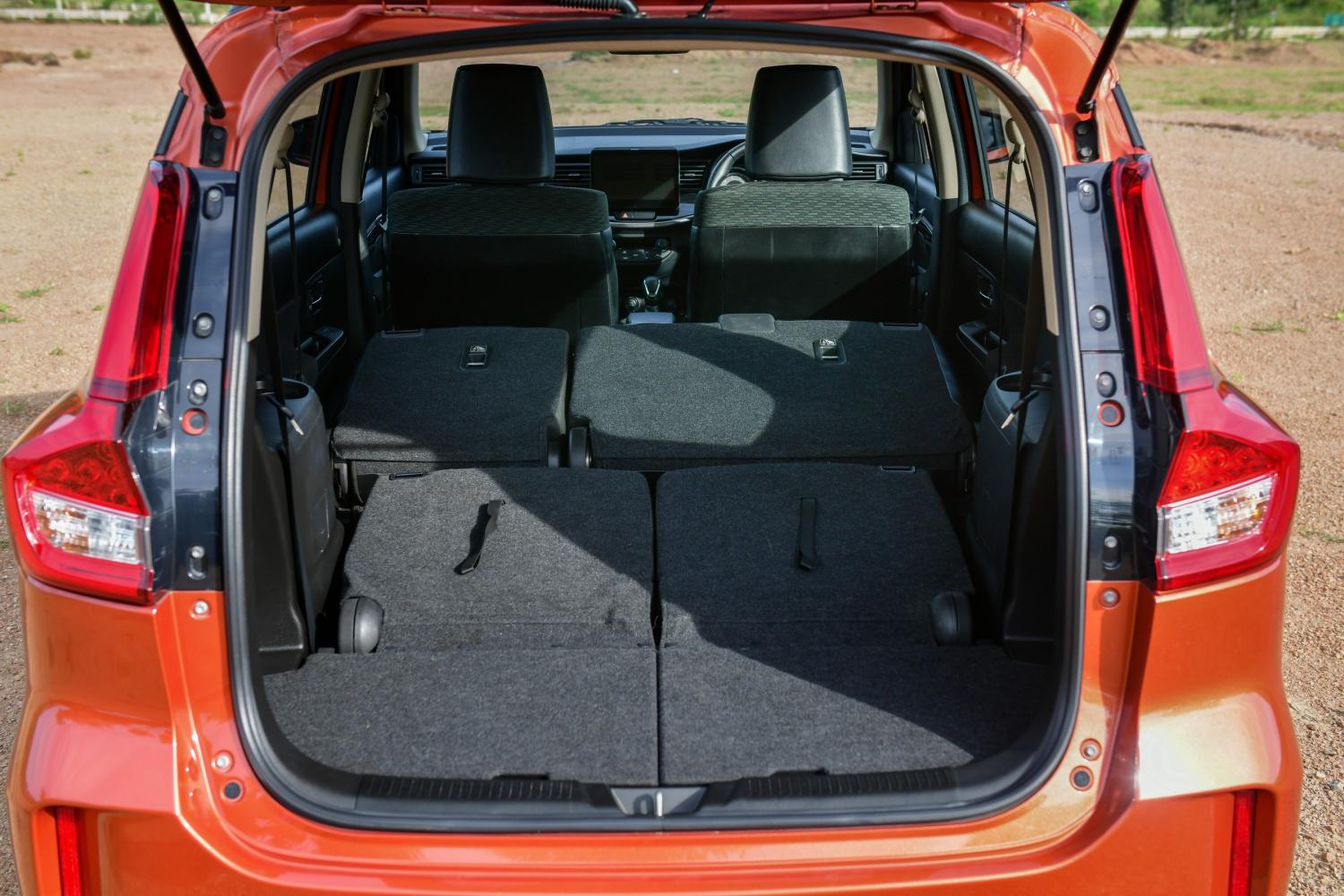 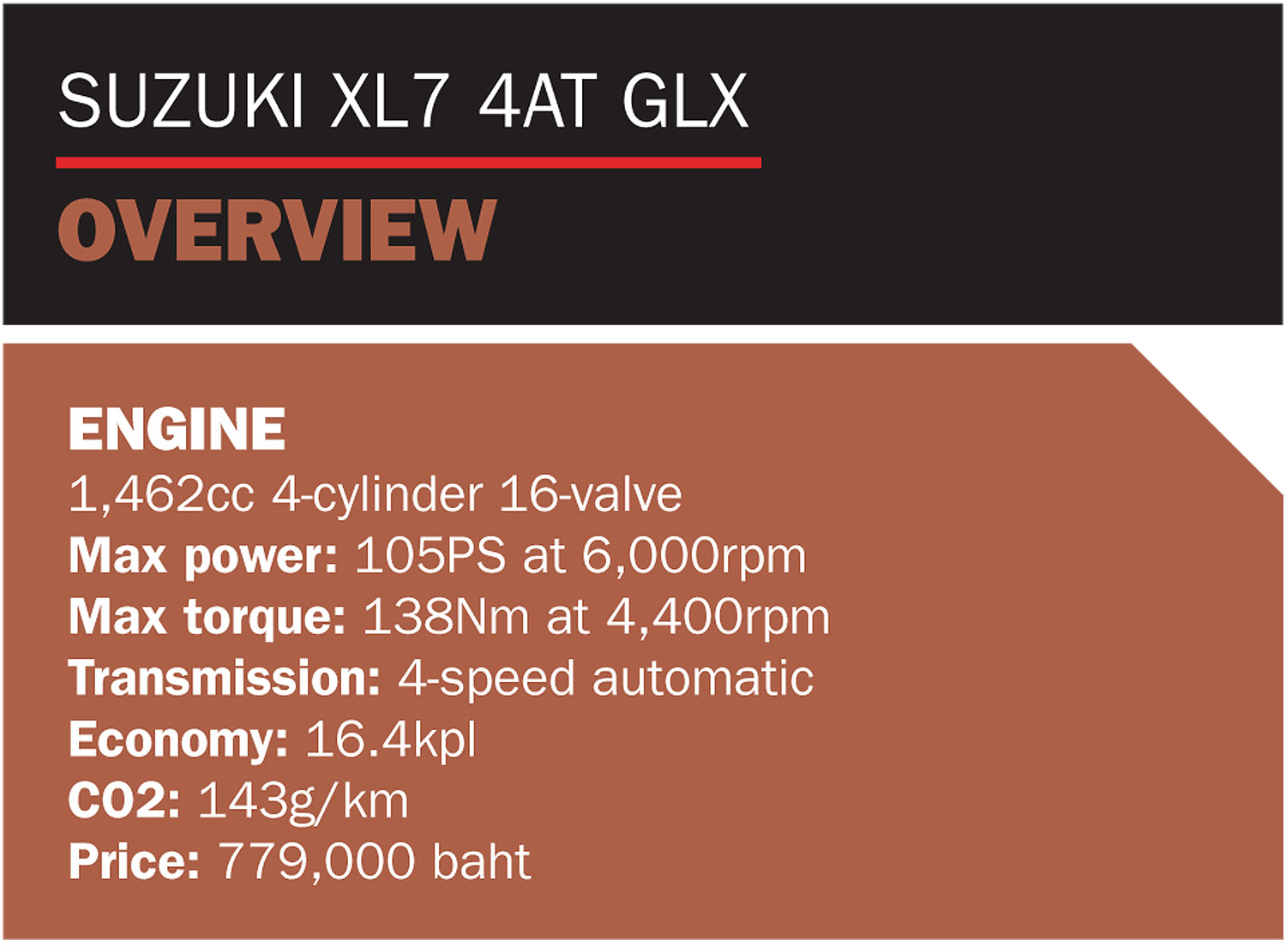