While the original Terra PPV (Pickup Passenger Vehicle) launched in 2018 did not create as big an impact as Nissan would have liked, the Japanese automaker has made sure that the current updated version gets whatever is required to turn things around.

Introduced in Thailand in August last year, the new Terra comes with improved performance as well as several interesting new features that makes you wonder why Nissan didn't do this in the first place. 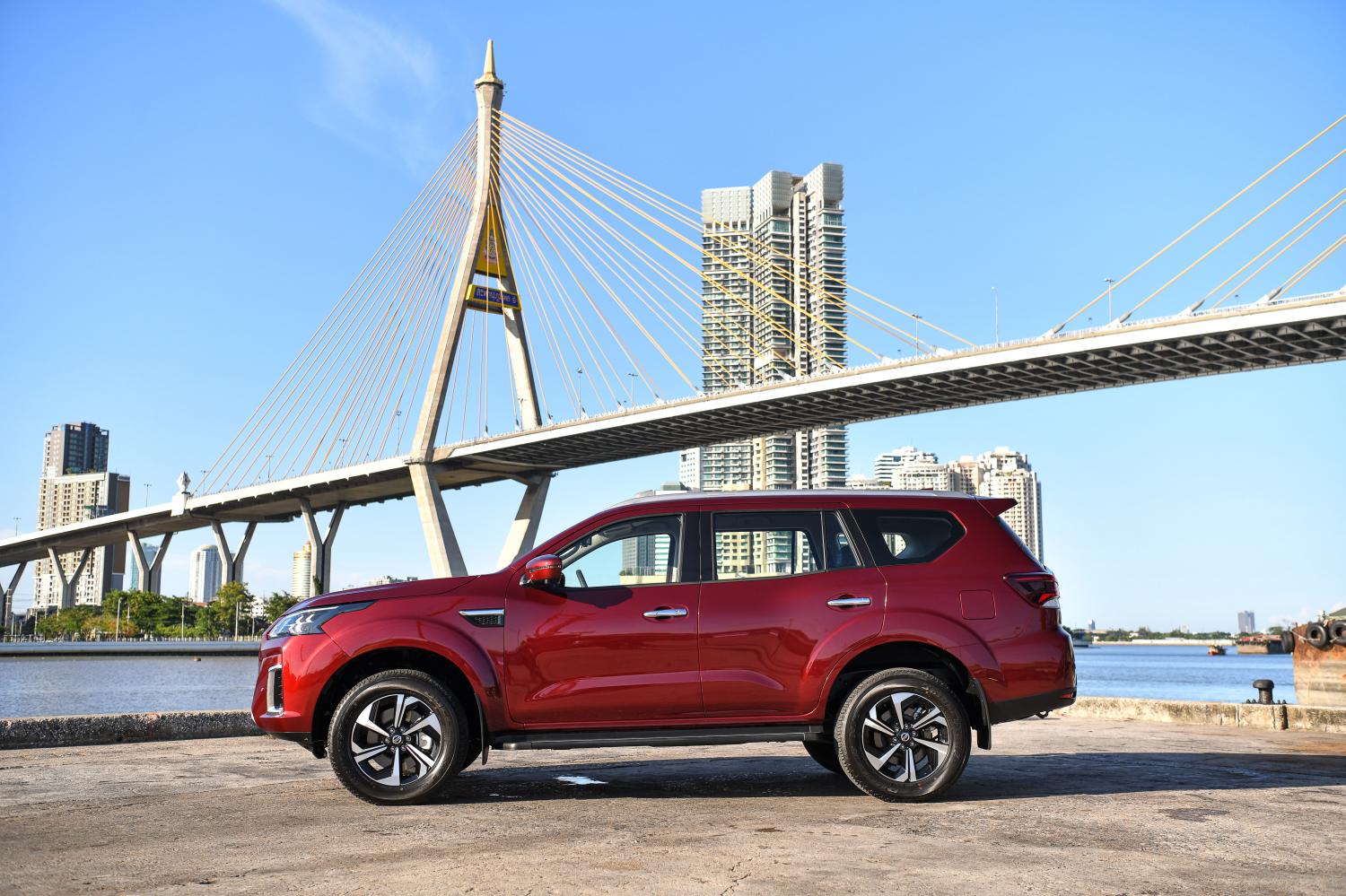 The Terra's facelift comes with a redesigned front end consisting of a new engine compartment lid and "V-Motion" front grille that has 3.5 times more chrome area than the previous version, giving it a more luxurious look that would appeal to family-type buyers. The lower bumper has been redone as well, and features a silver skid plate lower lip.

The LED headlights are replaced, with the new quad-LEDs offering 34% more brightness (along with C-shaped daytime running lights) and new LED fog lamps.

There is not much change at the side, except for the new 18-inch alloy wheels with 255/60 Bridgestone Dueler tyres and silver-coloured roof rails. 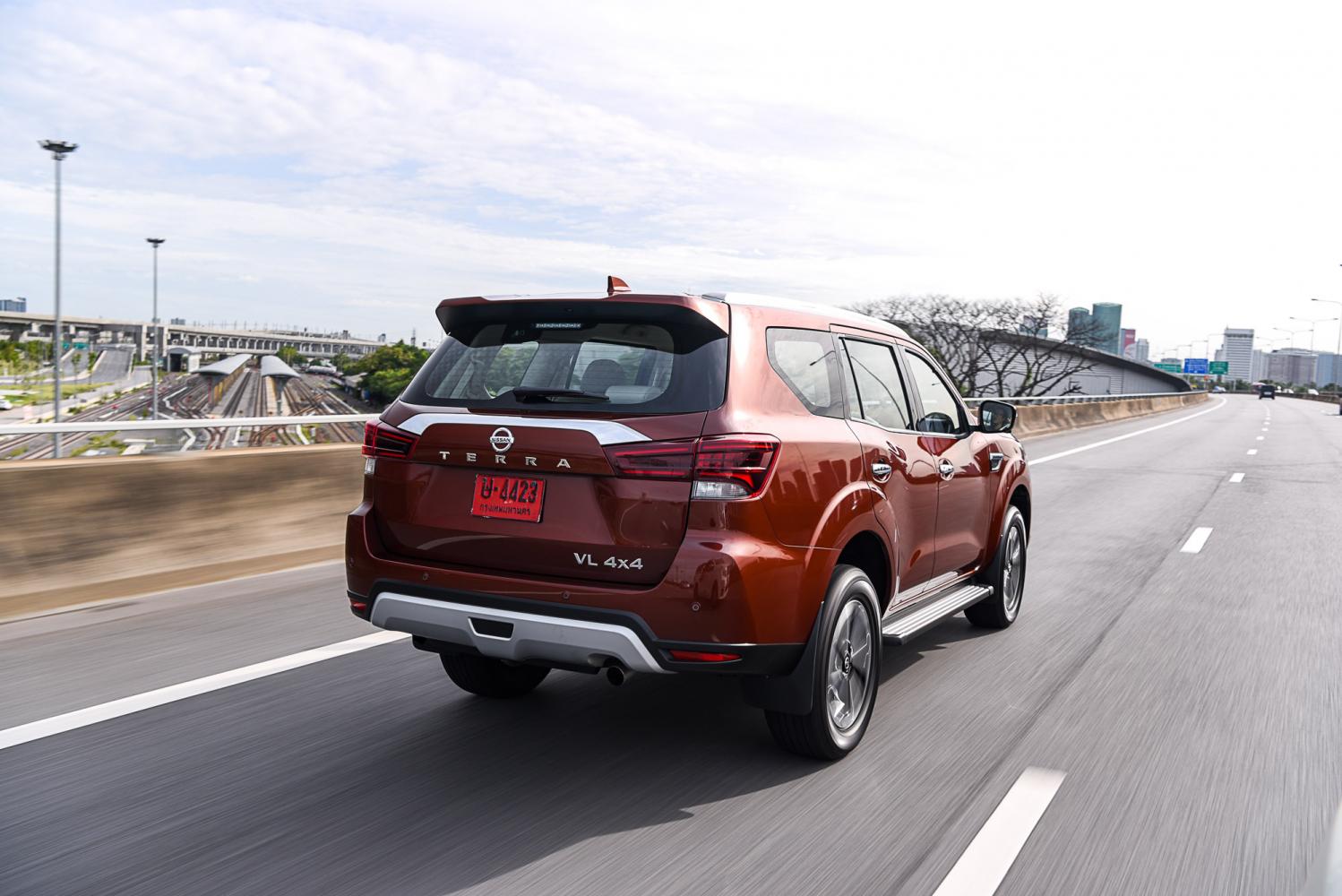 The interior of the updated Terra VL 4WD is pretty stylish with a burgundy/black (or beige) upholstery theme (mix of leather and PVC) and a sporty D-shaped multi-function steering wheel. Soft-touch areas have been increased around the cabin, while the seat cushions and backrests have been improved for better comfort (but only the driver's seat is electric powered).

The size of the instrument display screen has been increased from 5 inches to 7 inches, while the centre touchscreen size goes up from 8 inches to 9 inches. The screen sensitivity and resolution (1024x768) are top-notch and there is also an all-around-view monitor, although the quality of the rear-view camera isn't impressive. A plus here is the intelligent rear-view mirror that shows live images in case the luggage area is fully loaded. 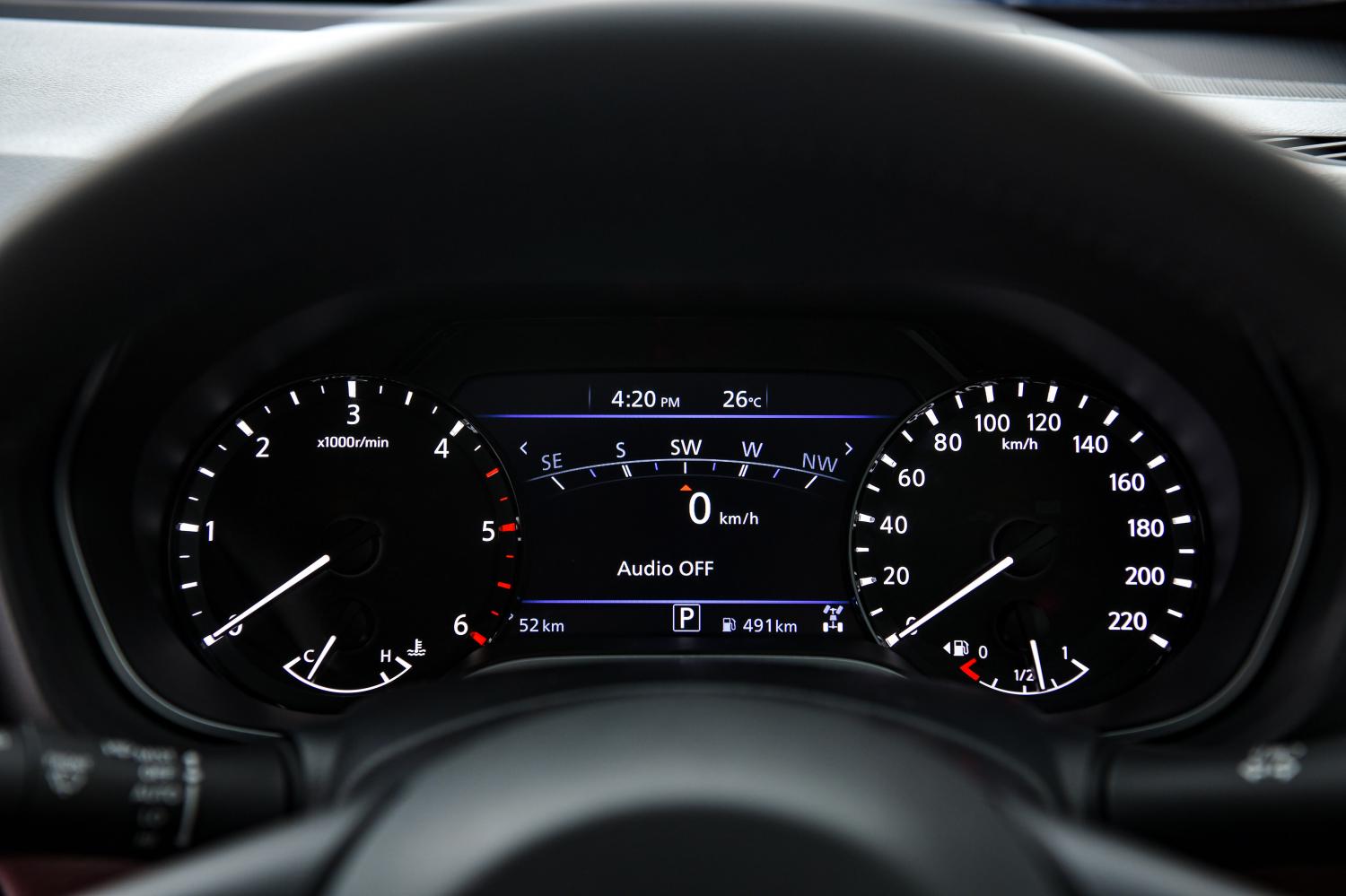 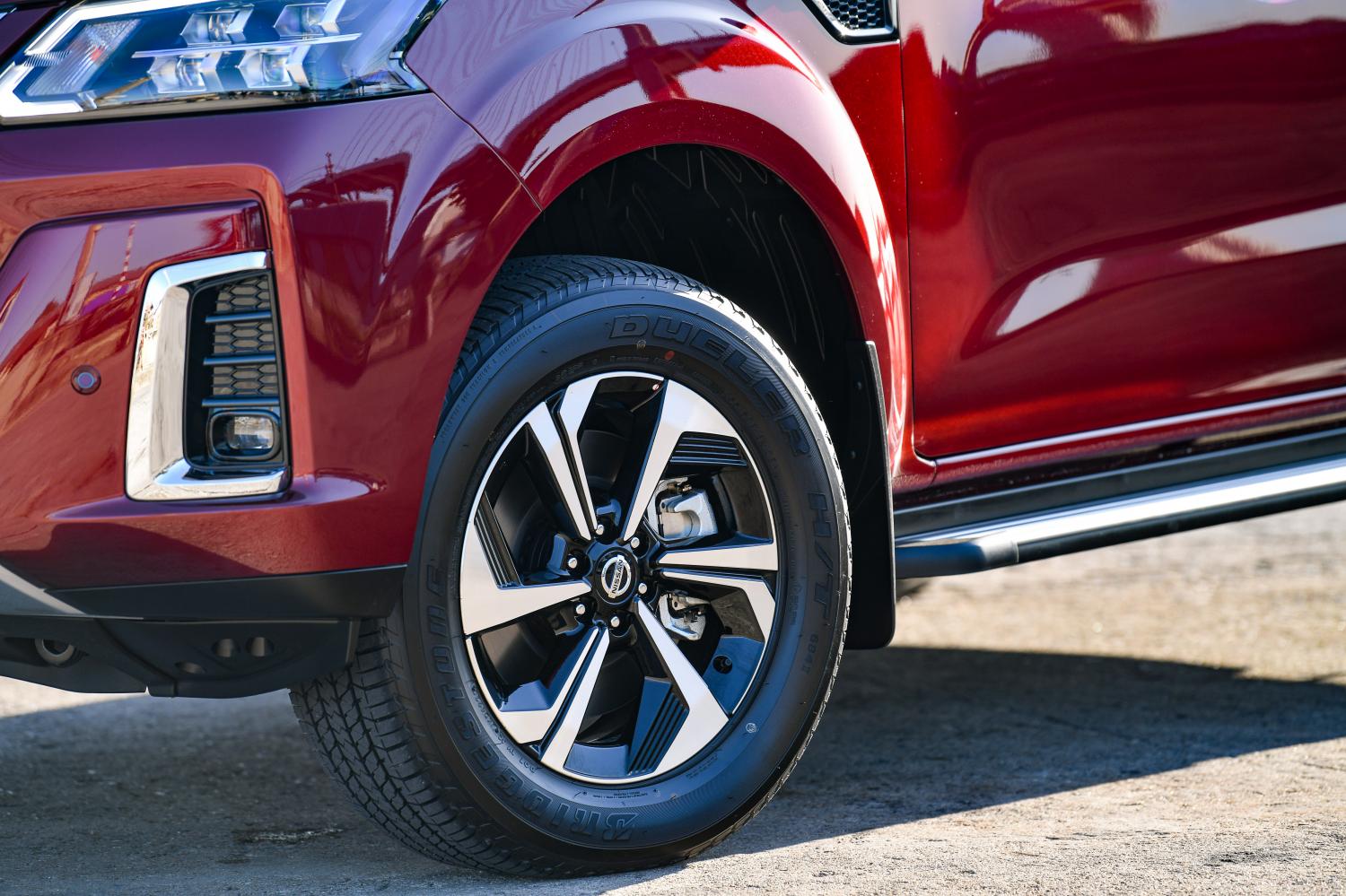 Controls for the dual-zone air-conditioning have been redesigned, and there's a total of five USB ports (three USB-A and two USB-C) plus three 12-volt outlets. Other new features include a smartphone wireless charger and electronic parking brake.

Second-row passengers get separate air-conditioning with air vents both on the ceiling and at the centre tunnel (there are two more ceiling vents for third-row passengers).

To top it off, Nissan has also decided to throw in an overhead 11-inch TV screen that connects via HDMI or Smart TV stick to keep rear passengers entertained.

Along with the facelift, the Terra also gets a new engine -- a 2.3-litre twin turbo diesel that pumps out 190hp and 450Nm. Nissan says that this YS23DDTT power plant, mated to a seven-speed automatic gearbox, offers improved low-end acceleration for the updated Terra, which weighs in at 2,150kg for the VL 4WD version.

The new engine runs on a wide range of diesels (B7, B10 and B20) and has an average fuel economy of 13.1kpl which is a notch under the 14.7kpl offered by the Toyota Fortuner 2.8 (201hp/500Nm) or 14.3kpl offered by the Ford Everest 2.0 Turbo (177hp/420Nm). The Terra can go off-road too, coming with 2WD, 4WD-High and 4WD-Low selector knob on the centre console (shifting from 2WD into 4WD can be done at any speed up to 100kph). There's also brake-operated limited slip differential plus electronic differential lock to help improve off-roading capability. An off-road mode utilises cameras around the Terra to help drivers check out surroundings in order to cross obstacles safely.

Occupants in the Terra will enjoy the comfortable ride offered by the front double wishbone and rear multi-link suspension (there are stabilisers both front and rear) that offers good balance and class-leading ride quality, whether on the highway or during off-roading. The use of acoustic glass (front windshield and windows) also helps lower noise, contributing to a more comfortable interior.

The steering has been revised, now coming with more assistance as well as sharpness (3.4 turns lock-to-lock compared to the previous 3.8).

Even the brakes have been upgraded -- vented disc brakes replace the drum brakes previously offered in the pre-facelift model. 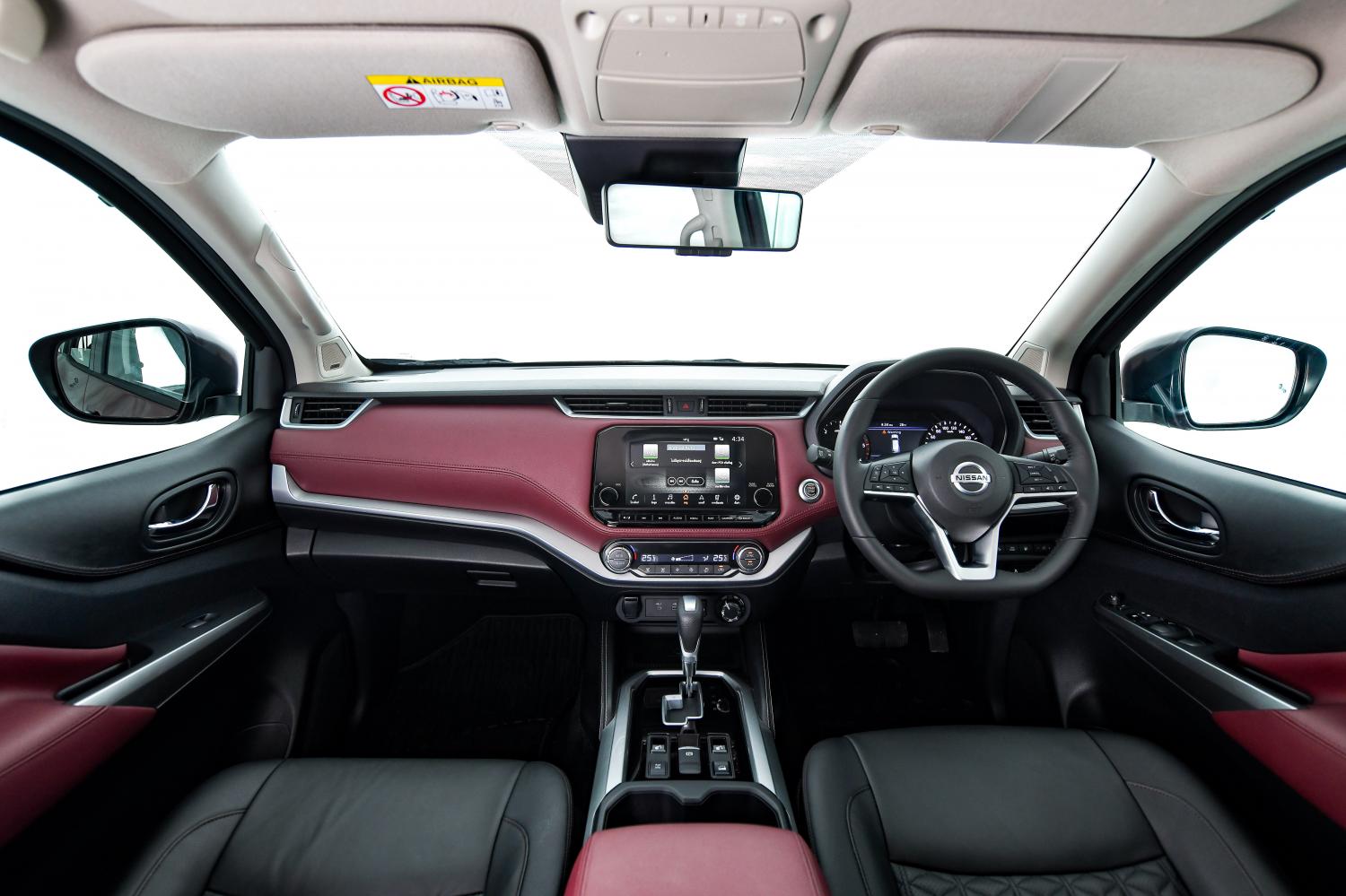 It's hard not to give the thumbs up to Nissan for the improvements in the minor-change Terra. With the updated model, Nissan has been able to turn a once mediocre PPV into something that's totally desirable, while at the same time maintaining highly attractive retail pricing. 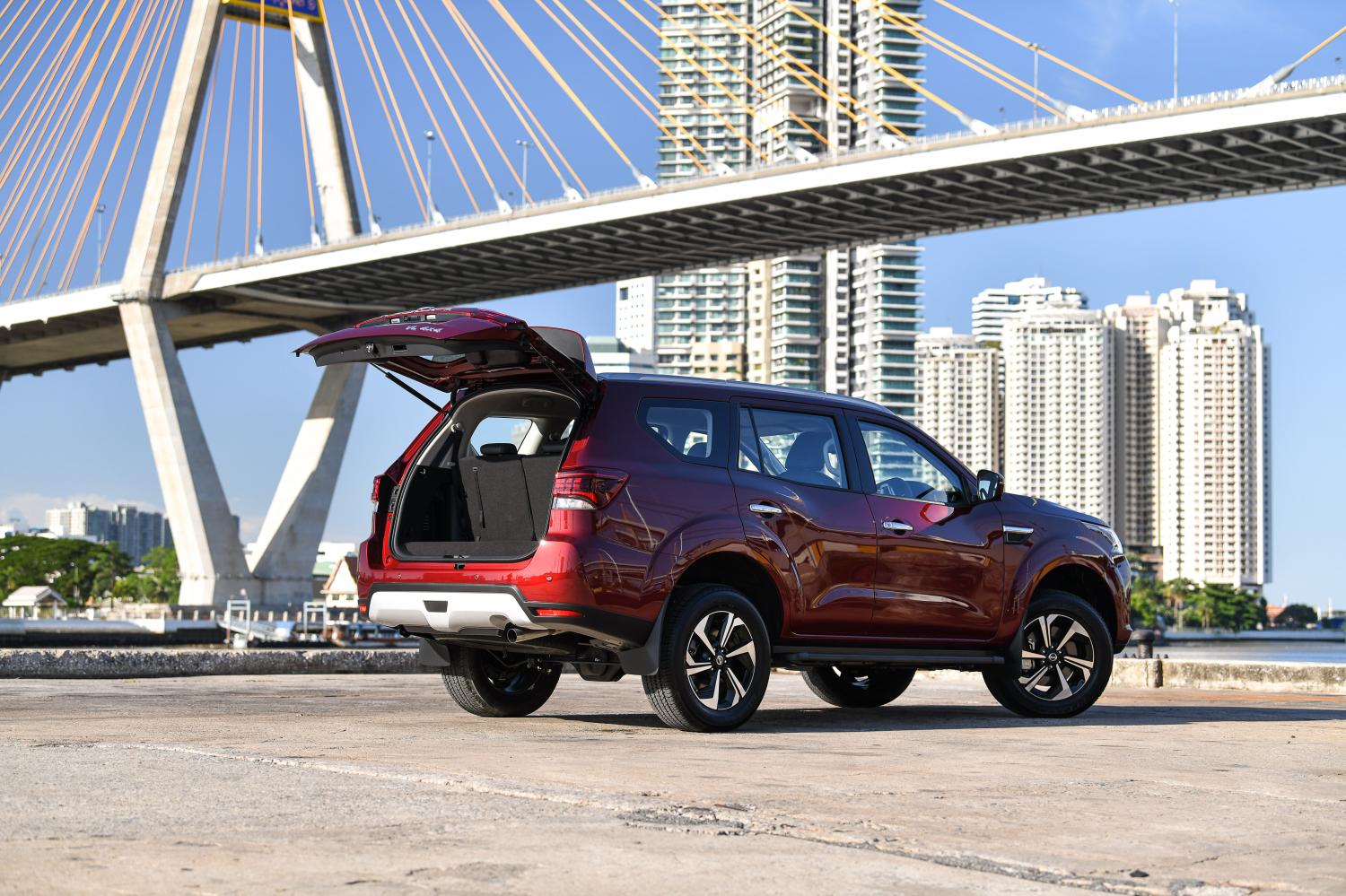 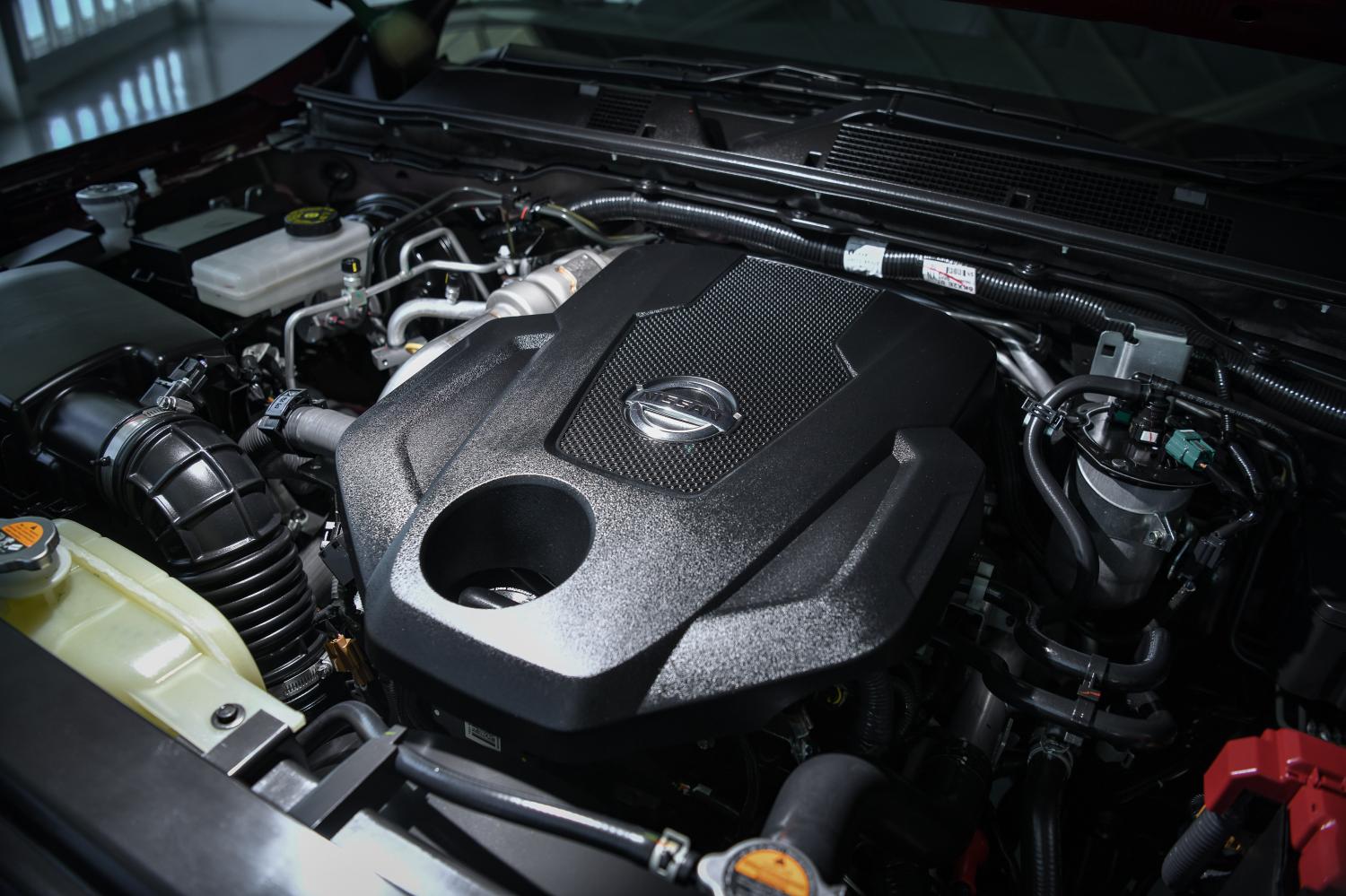 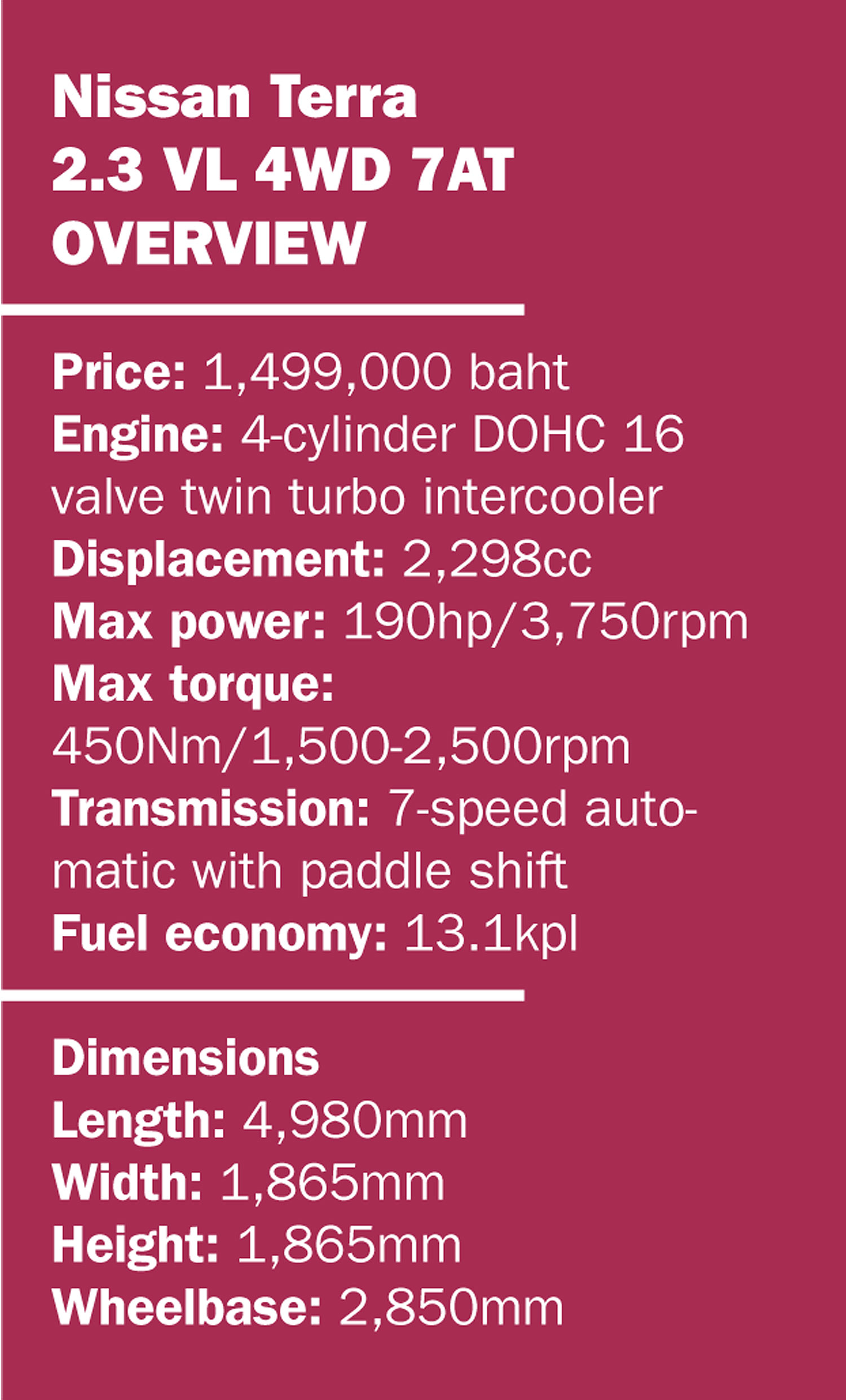