Xpander tries to muscle its way in
Auto
Review

Mitsubishi offers improvements, both in appearance and performance, as it competes in crowded subcompact MPV market

The Mitsubishi Xpander subcompact MPV, first introduced in August 2018, has been given a major facelift and equipment upgrade as well as significant improvements in performance and fuel economy thanks to a new transmission. 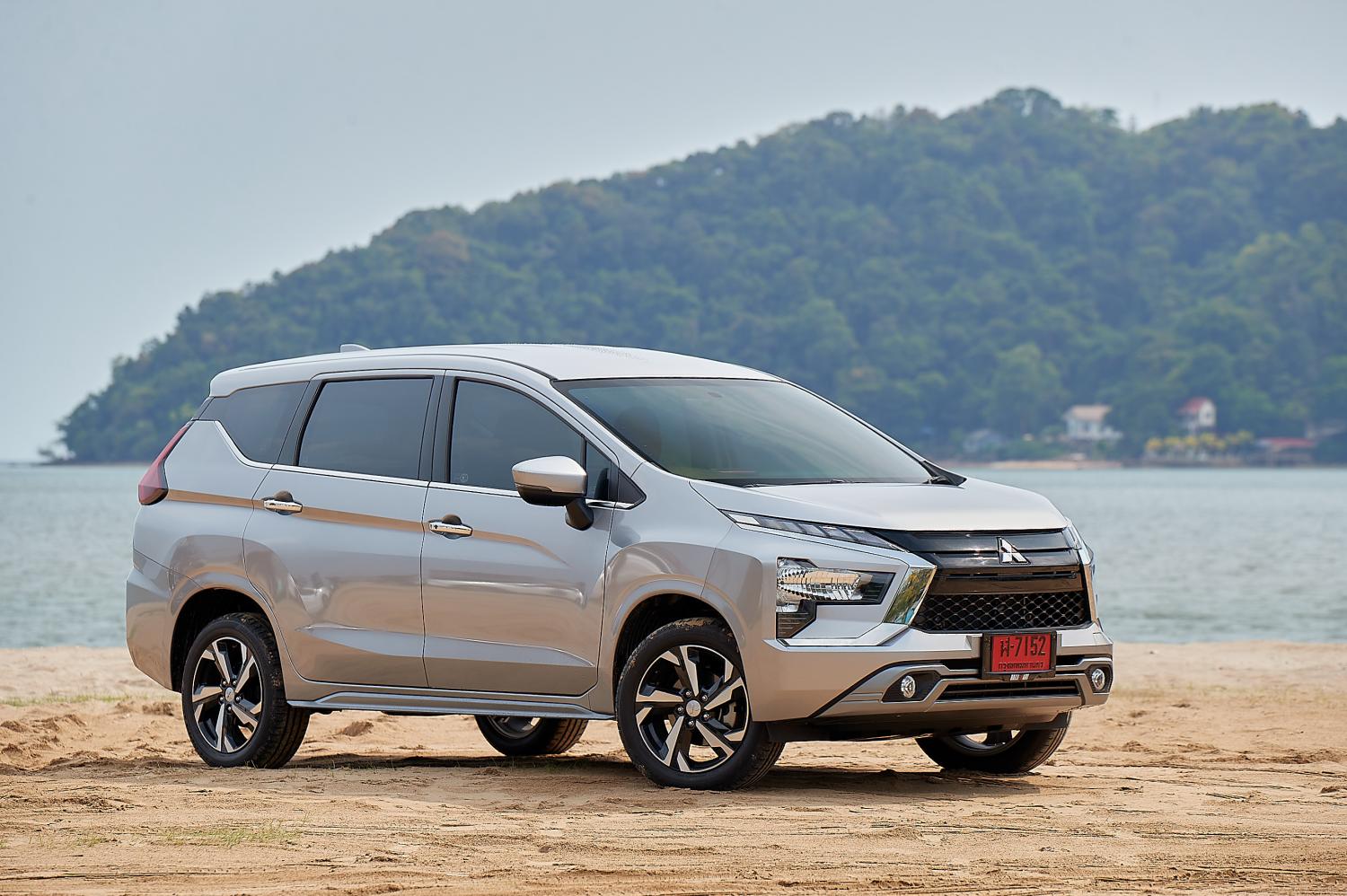 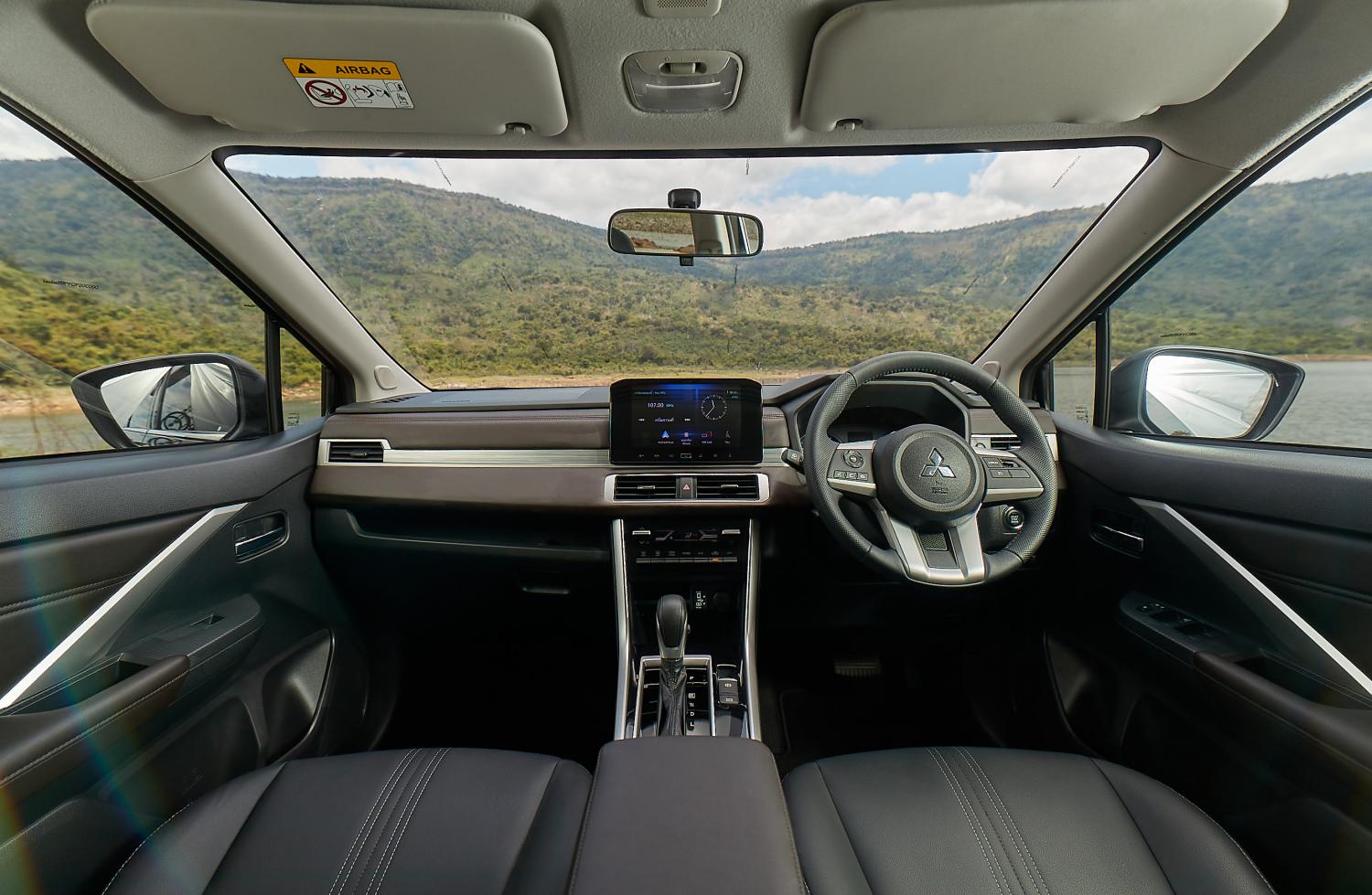 Since its introduction, the Indonesian-made Xpander has found over 44,000 customers in Thailand, making it a major player in the subcompact MPV segment that also includes the Honda BR-V, Suzuki Ertiga/XL7 and newcomer Toyota Veloz.

Mitsubishi says that it has decided against adding advanced safety features (such as auto emergency braking and lane keeping assistant) that would raise the price even further. If this strategy doesn't work, changes could be made for the next product update. Meanwhile, the 2022 Xpander Cross is also set to be launched in the near future for those looking for more adventurous exterior styling. 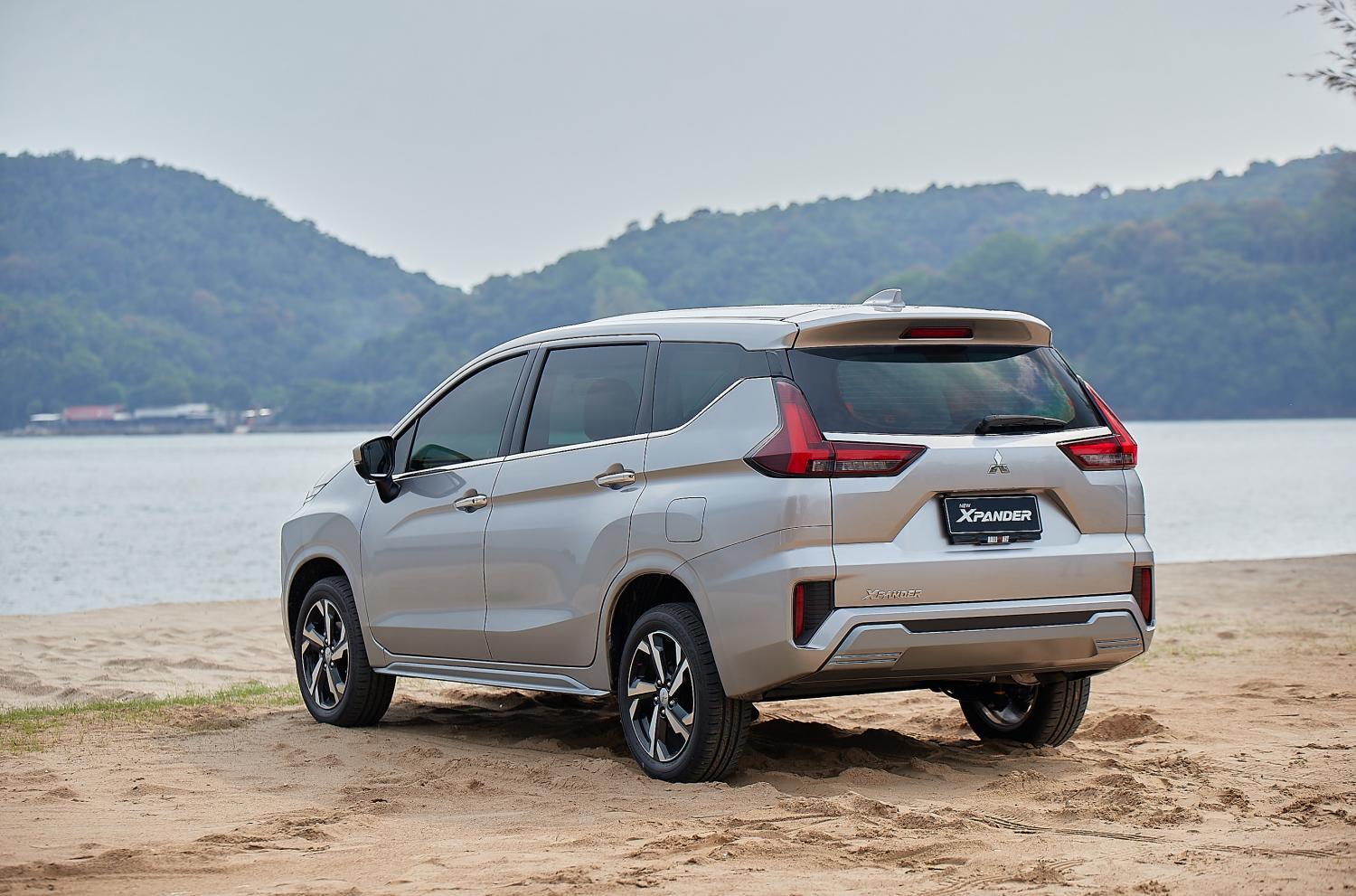 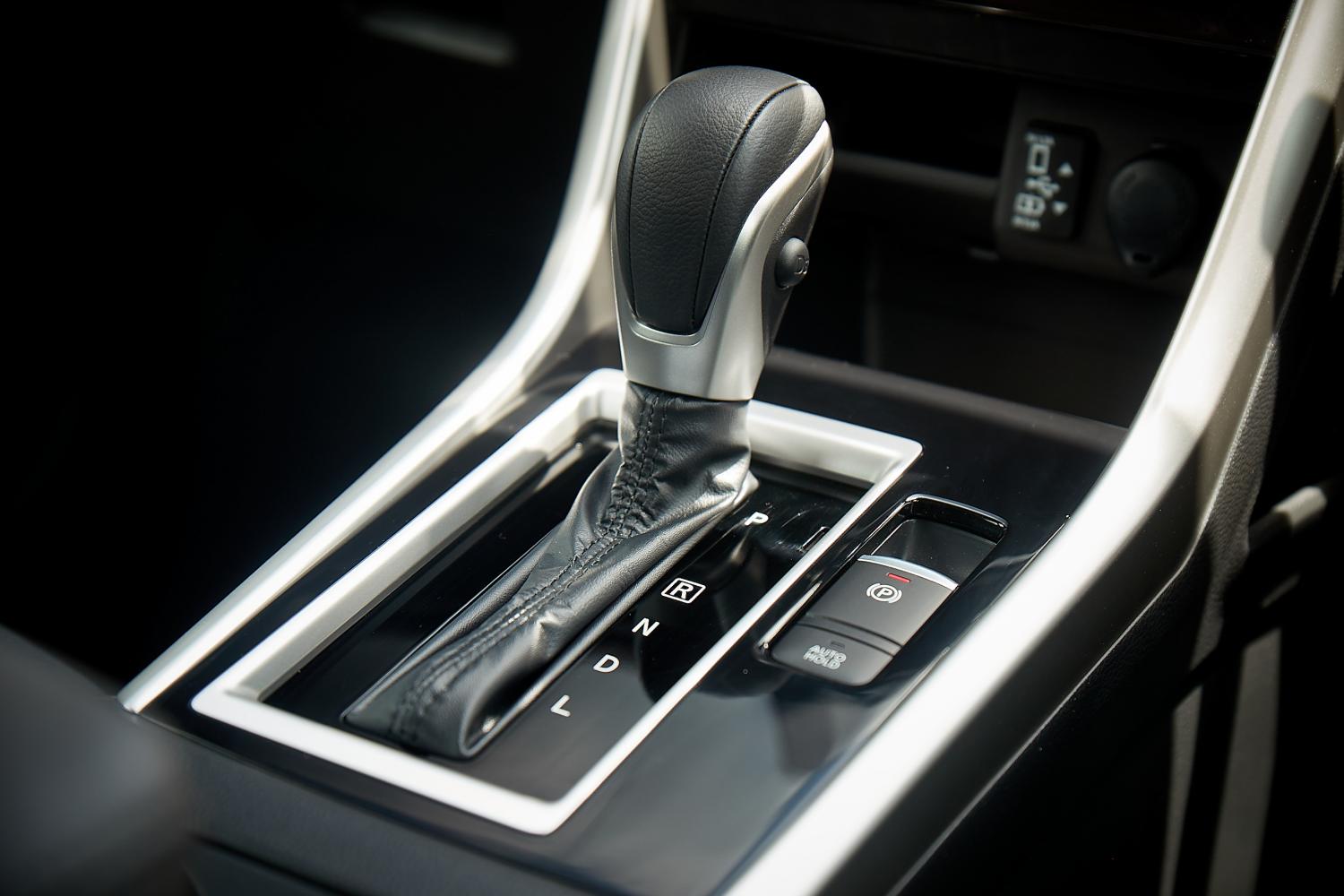 The 2022 Xpander gets a redesigned front end featuring a "Dynamic Shield" with T-shaped halogen headlights and 3D skid plate. Ground clearance has been raised by 15mm to a class-leading 220mm to give the Xpander added capability when driving through floods or rough terrain.

The GLS comes with 16-inch alloys but the GT model tested here is fitted with 17-inch two-tone wheels mated to sporty 205/55 tyres. The width of the lower side skirt has also been increased to add some beefiness to the side profile.

The rear end features a floating roof design with built-in spoiler and new shark fin radio antenna. The rear lights come with LEDs, but not for the brake lights (which are pretty small). The tailgate design has also been refined and the overall appearance is neater.

There's also a good level of improvement in the cabin, starting with the new three-spoke multi-function steering and a front console that comes with soft pads upholstered with PVC. 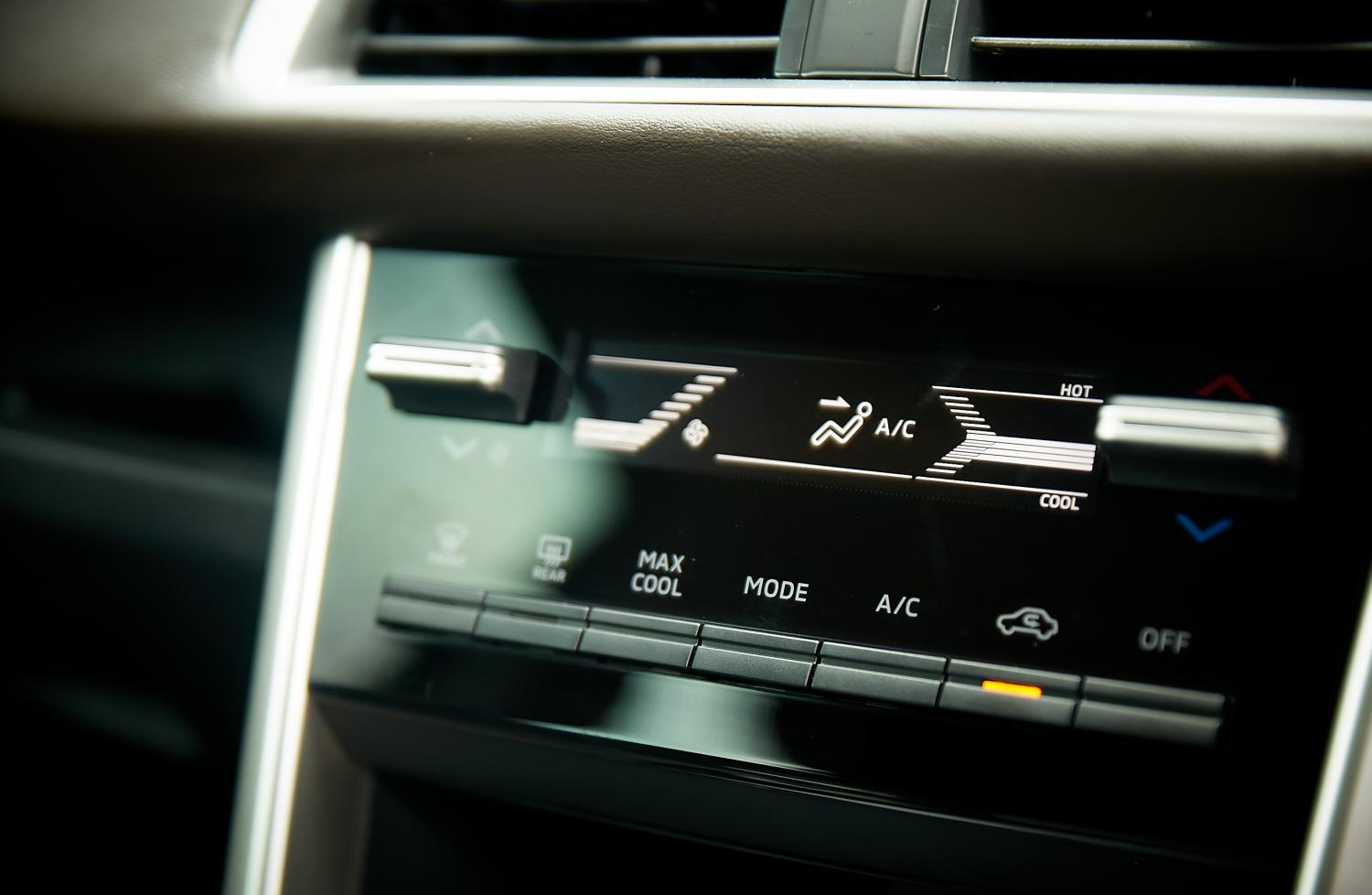 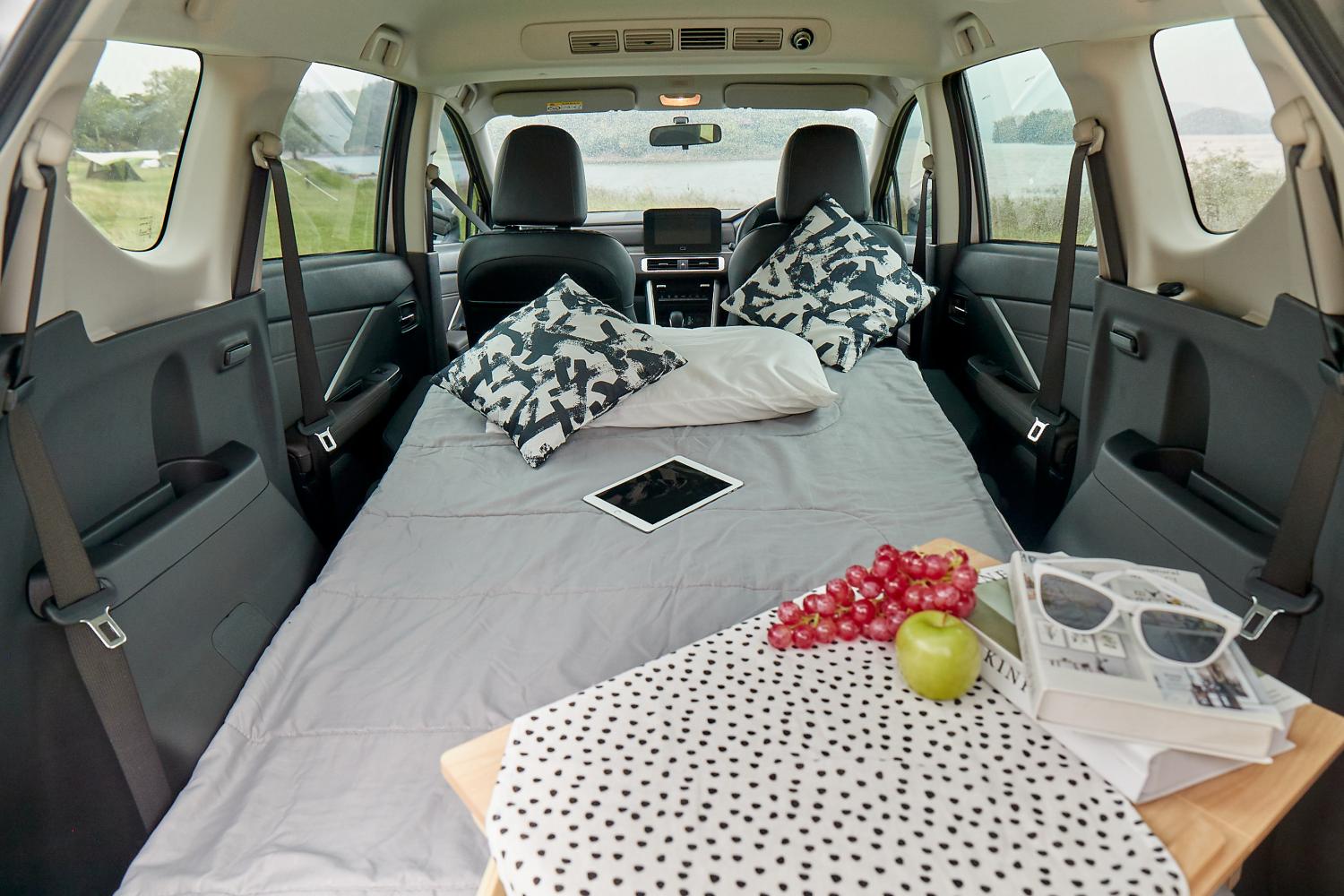 According to Mitsubishi, customer feedback contributed to the design and grip size of the new steering wheel. In fact, many of the improvements are a result of customer feedback, for example, the tissue paper dispenser inside the centre front armrest.

The seats are also new and feature synthetic leather with heat guard technology. The upholstery offers a nice touch and the seats provide decent support for long trips. The brown-black interior tone is unique to the Thai market, while Indonesian versions gets a beige interior.

The Thai version also gets a 9-inch centre touchscreen with Apple CarPlay/Android Auto (compared to 6-inch screen for Indonesia).

There are USB ports and 12V outlets both front and rear (Type C also available), and entry/exit to the third-row seats is super easy thanks to a tumbling mechanism for the second row (the seat cushion and backrest are adjustable and there's a nice armrest with cupholders). 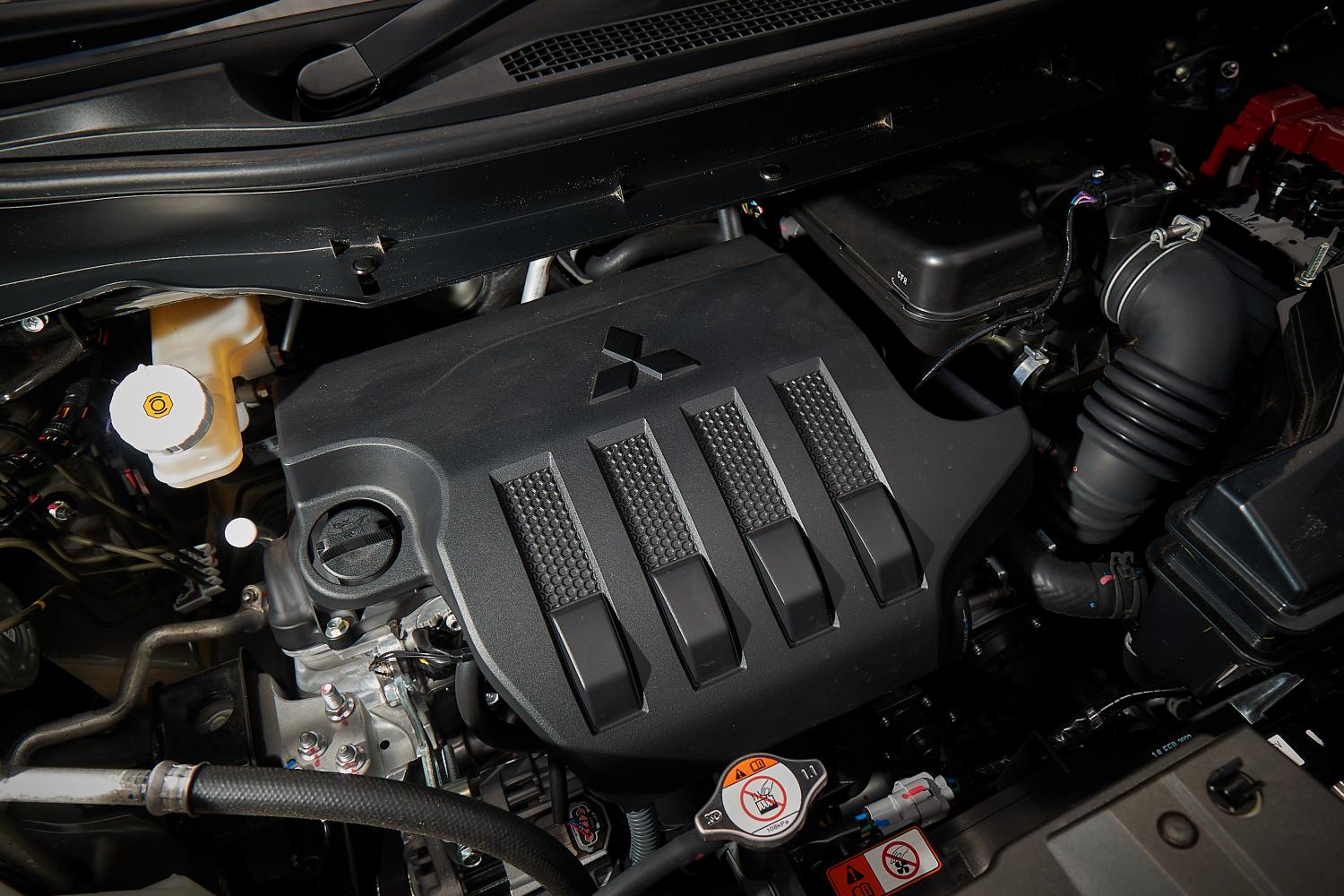 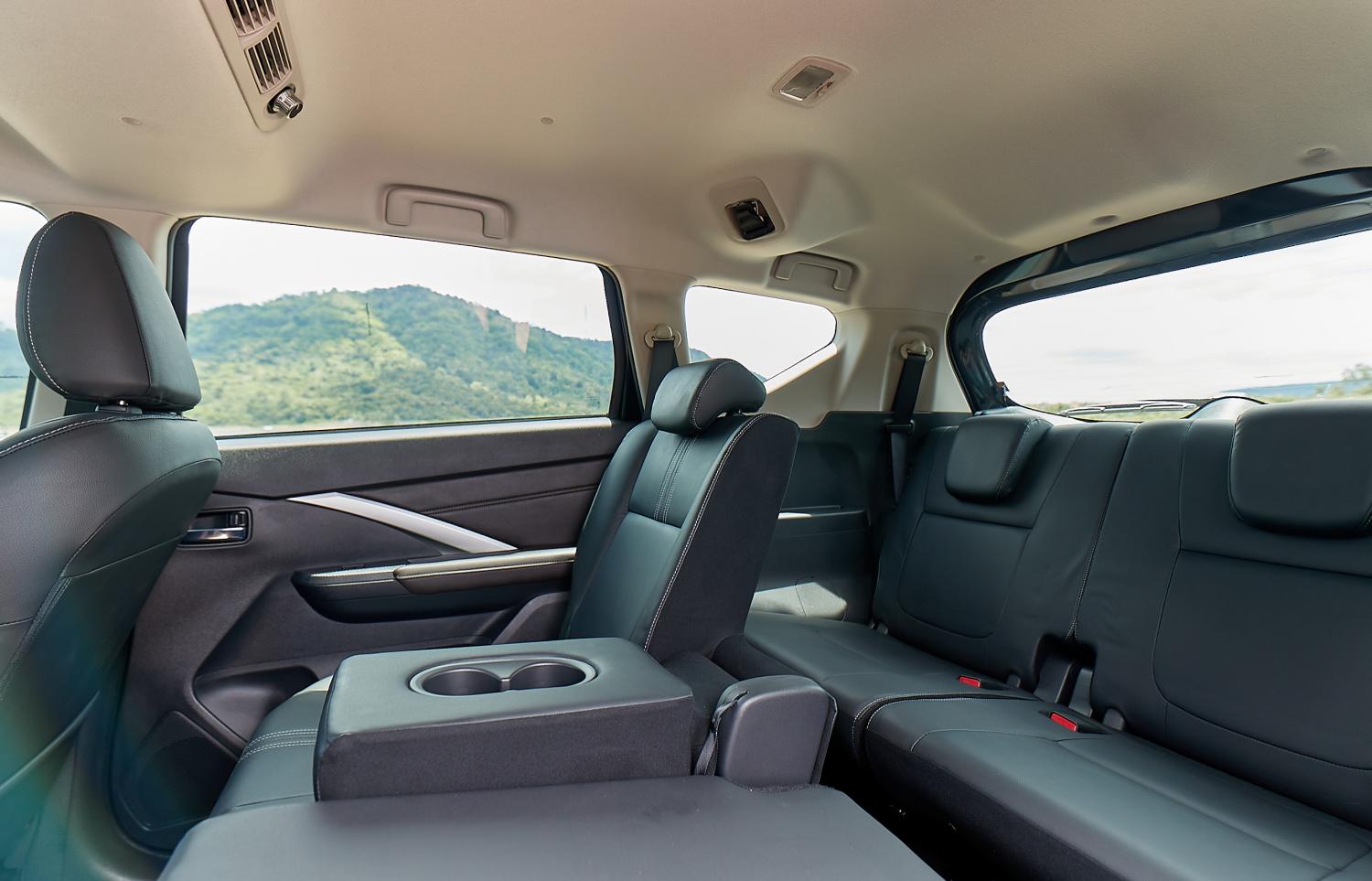 Mitsubishi did not provide the total luggage area for the Xpander, but it looks pretty decent with a special storage box offered behind the third-row seats (the cover is made from particle board and looks cheap though). The good thing is that it contributes to providing a flat luggage area when the seats are fully folded.

The front air-conditioning gets digital controls for the fan speed and temperature, but they are not automatic, while the overhead air-con for rear passengers gets a new rotary switch that looks more upmarket.

The original 1.5-litre MIVEC engine with a mediocre 105hp and 141Nm has been improved in terms of emissions with the addition of an EGR (Exhaust Gas Recirculation) system, but that doesn't help improve performance.

However, the new CVT (Continuously Variable Transmission) that replaces the 4-speed automatic does wonders for the Xpander. As a result, 0-100kph acceleration has been improved by as much as two seconds (15.5secs to 13.5secs) while fuel economy has also been improved (14.5kpl to 16.5kpl), according to Mitsubishi.

The suspension also gets upgrades, with improved rigidity of strut-mounting parts up front and rear shock absorbers with expanded cylinder size (32mm). High-performance valves are also adopted both front and rear. The suspension is firmer and performs better when driven over cracks and bumps on the road, or when driving quickly through winding upcountry roads. 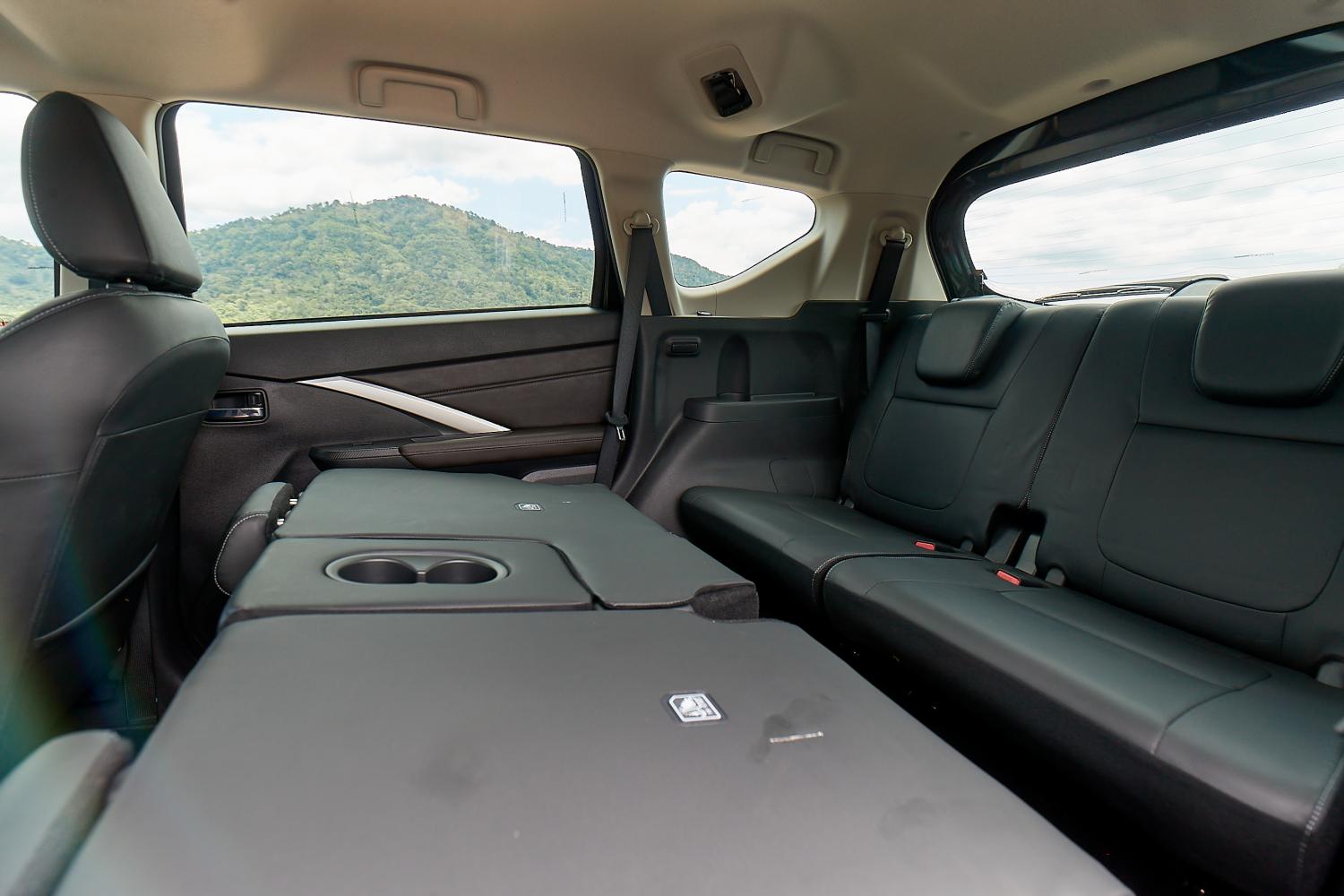 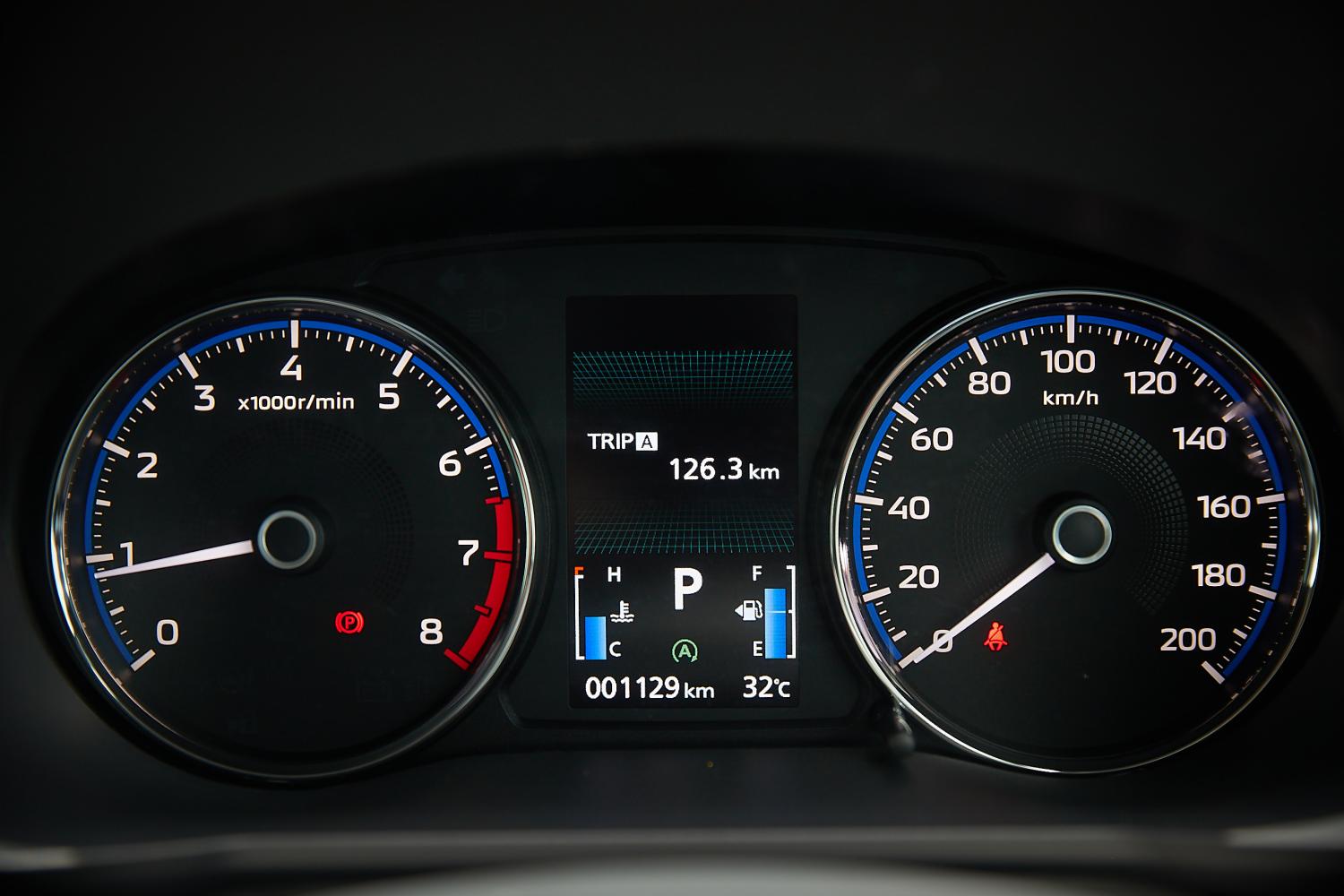 Driving the Xpander from Bangkok to Ratchaburi was a rather comfortable experience, with the suspension offering a smooth ride up to 120kph (above that the Xpander may be affected by strong crosswinds). My guess is that it could be caused by the increased ground clearance that technically raises the centre of gravity.

Brakes consist of discs up front and rear drums. Mitsubishi said while stopping performance may not match those with four discs, Xpander customers are families that don't drive their cars very fast. The rear drum pads are also less expensive to replace (700 baht vs 2,000 baht for rear disc pads), contributing to the low maintenance cost for the first 100,000km of under 20,000 Baht.

While Mitsubishi has definitely put in a lot of effort to improve the Xpander on many fronts, the competition is tougher than ever in the subcompact MPV market, with new players raising the bar (like the Veloz) while more are to come towards the end of 2022 (like the new Honda BR-V).

But if you're already interested in the Xpander, then the 2022 model promises a better package for a small increase in pricing over the outgoing model. 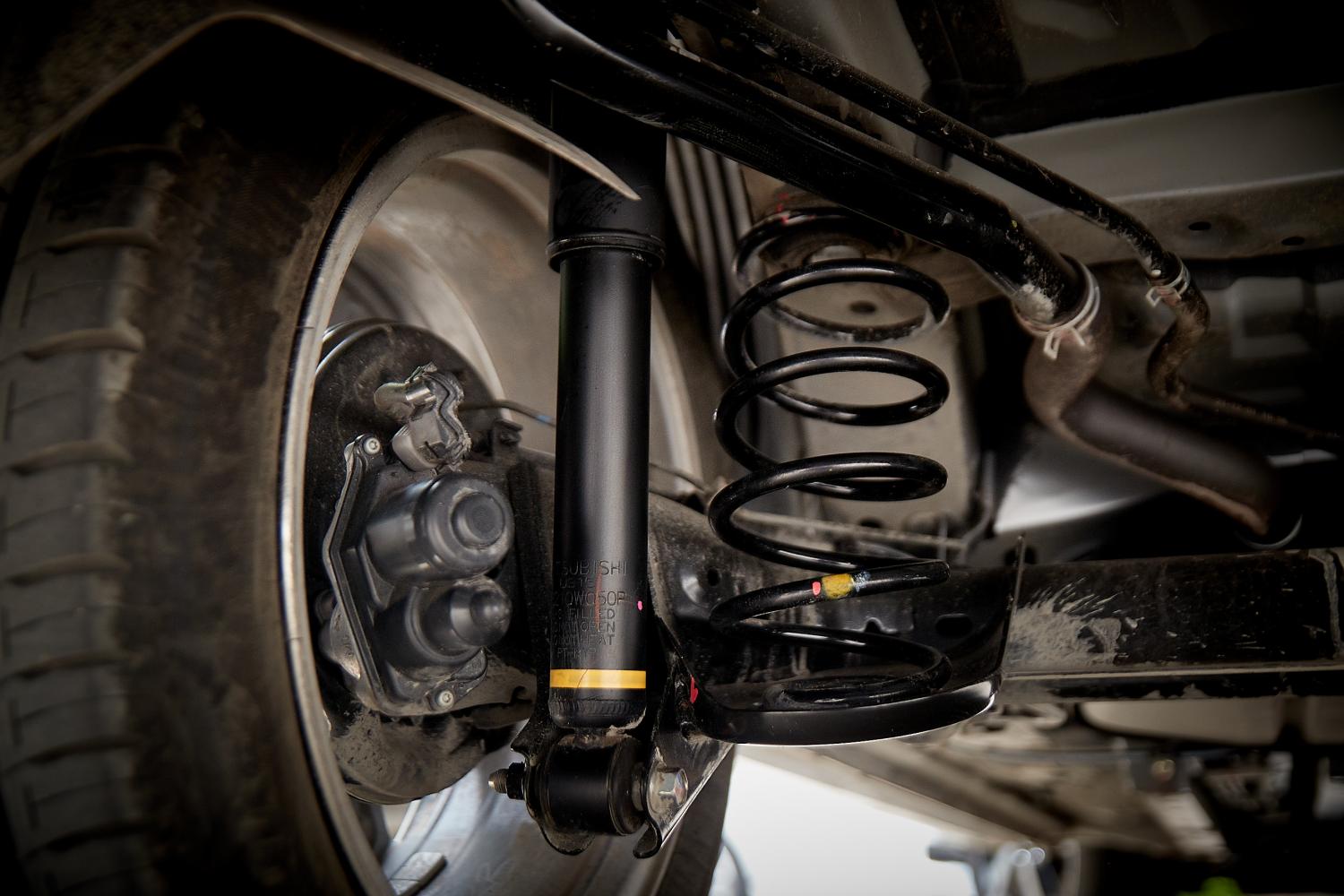