After months of anticipation, Thai automotive journalists finally got a chance to drive the new Ford Ranger pickup, and it was pretty awesome.

Although the new Ranger may not be 100% new, with the engine and transmission carried over from the previous generation, Ford has made sure it sets the benchmark in a wide range of areas, from equipment levels to versatility and driving enjoyment.

Development of the third-generation Ranger took place mainly in Australia, with an international team of designers and engineers contributing to building the new 1 tonne Ford pickup that will be sold in 180 countries around the world.

In Thailand, Ford officially launched the Ranger, along with the Everest PPV (pickup passenger vehicle) and fire-breathing Ranger Raptor (powered by a 397hp twin-turbo petrol V6) variants, at the Bangkok International Motor Show earlier this year. Since then, more than 4,750 orders have been placed for the three models (1,472 Rangers, 1,975 Raptors and 1,303 Everests). The first Ranger deliveries are scheduled to commence next month.

Thai media were the first in the world to drive the production version of the Ranger in Phuket-Phangnga earlier this month, offering both on- and off-road opportunities. Here is what we think of the new Ford truck. 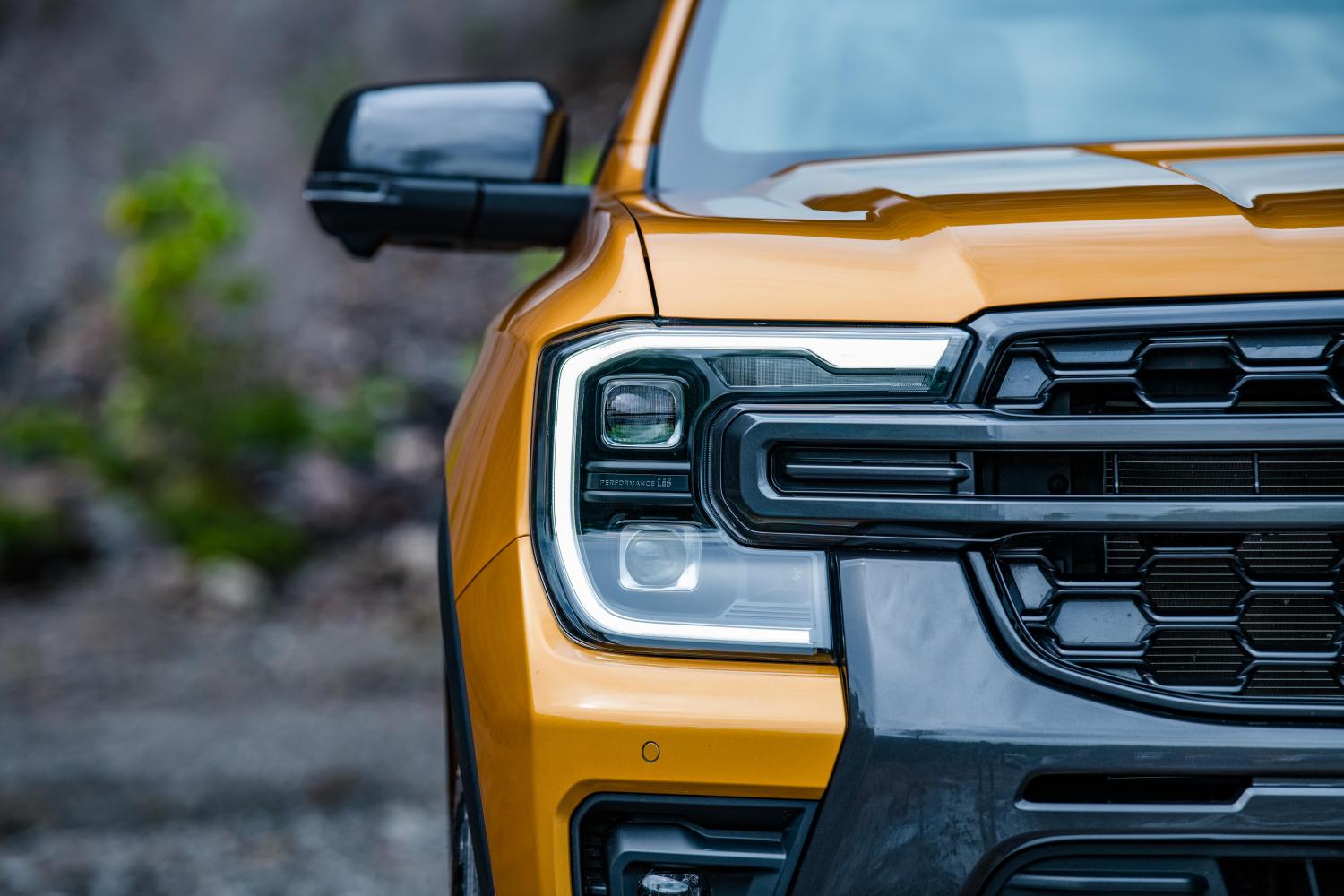 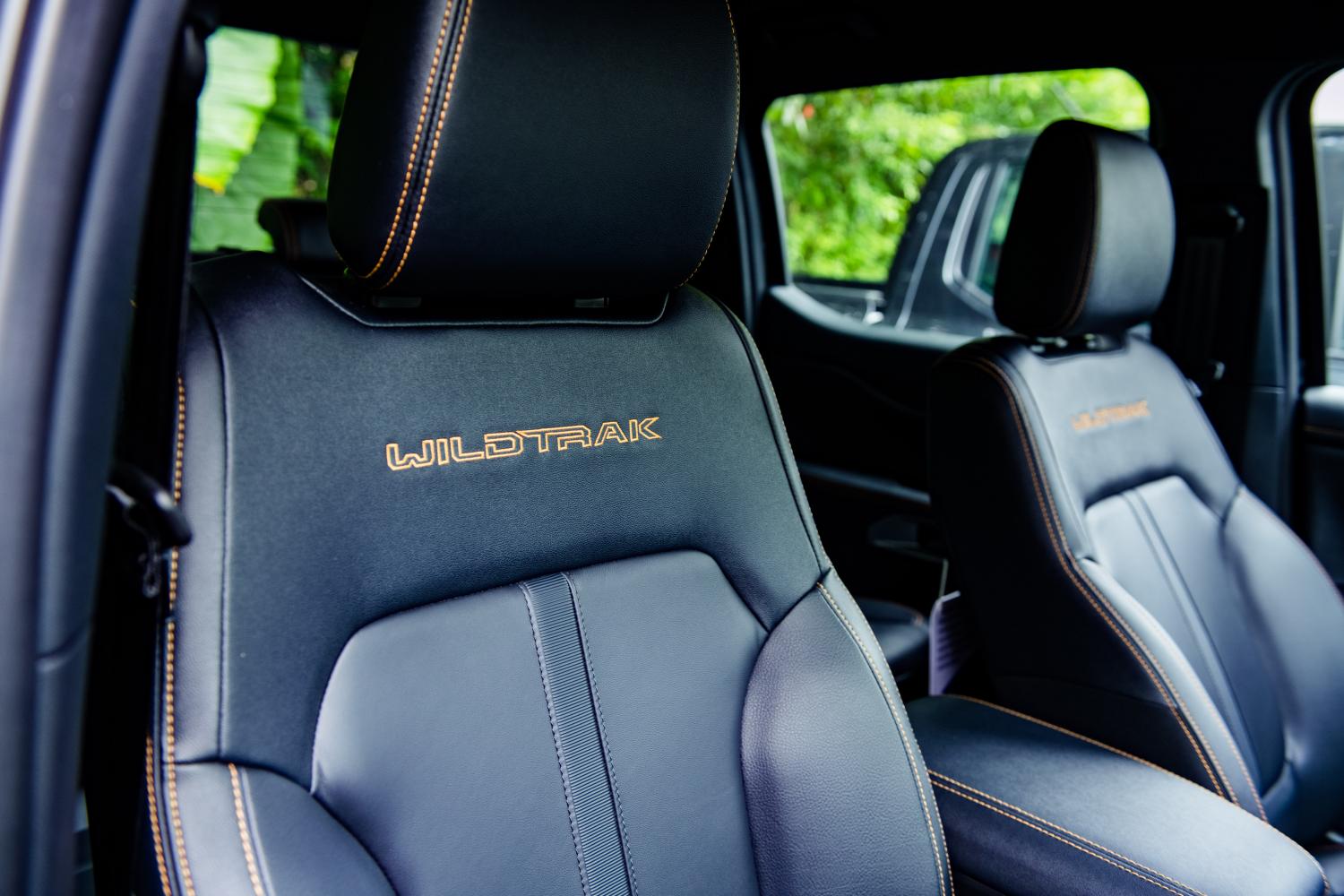 The Ranger Wildtrak 2.0 Bi-Turbo 4x4 10AT featured in this review is priced at 1.299 million baht and comes with 18-inch alloys with 255/65 tyres along with several attractive add-ons, although customers planning to go off-roading will have to pay 5,000 baht extra for an underbody skid plate.

The pickup bed comes with more capacity thanks to a 50mm increase in wheelbase, as well as loads of extra features (check out the 10 best features sidebar). The tailgate design is stylish and features a third brake light above the opener, as well as a large Ranger indentation. The rear bumper comes with side steps both left and right, which is another cool feature.

The new Ranger's interior is one of the best in its segment and comes with a large number of high-tech and cool features. I fancied the door opener that's concealed in the door armrest as well as the extra two retractable cup holders that are hidden below the left and right air vents (with front grill matching design). 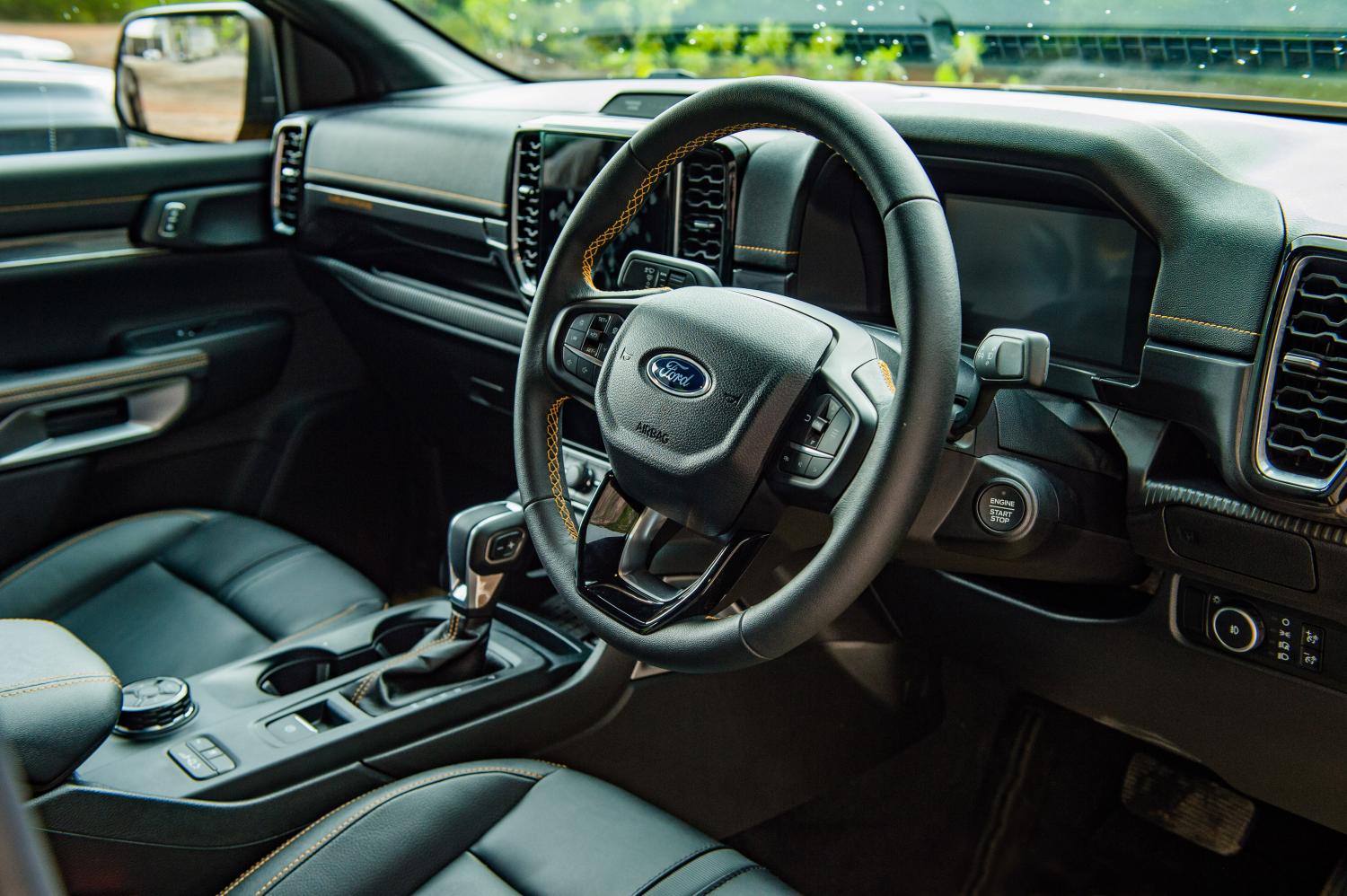 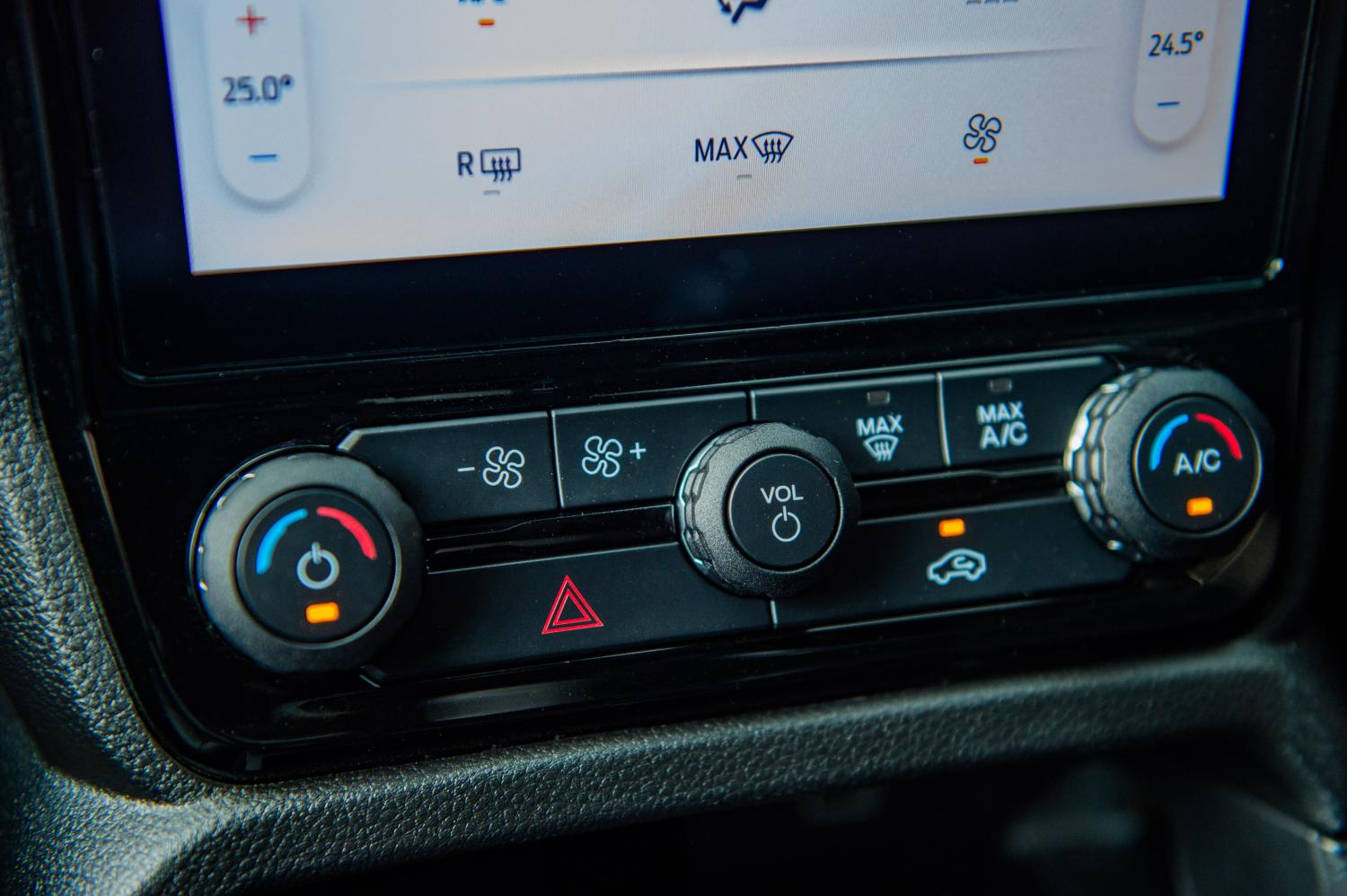 The most striking interior feature is the Tesla-style 12-inch centre touchscreen and fully digital instrument display that makes the competition look outdated. Controls for the air conditioning are available on the touchscreen as well as below it, although many of the traditional driving mode controls have been relocated from the dashboard and centre console to the Ford SYNC4 screen. Here drivers can monitor the driveline, steering angle, pitch and roll angles, and more.

The Thai-spec Ranger does not come with an e-shifter -- our Ranger Wildtrak was equipped with a conventional 10-speed gear-shift lever with a manual gear-change button on the knob.

Apart from a wireless phone charger, there are both USB-A and USB-C ports plus a 12V outlet in the centre console.

The seats come with a mix of leather/PVC upholstery that look nice and offer good comfort. Meanwhile, there is a good number of soft-touch materials as well as storage areas around the cabin.

And for the first time, there are air vents for the rear passengers, plus more USB ports and an AC power outlet. There is adequate headroom for both front and rear passengers (rear legroom is just average though). 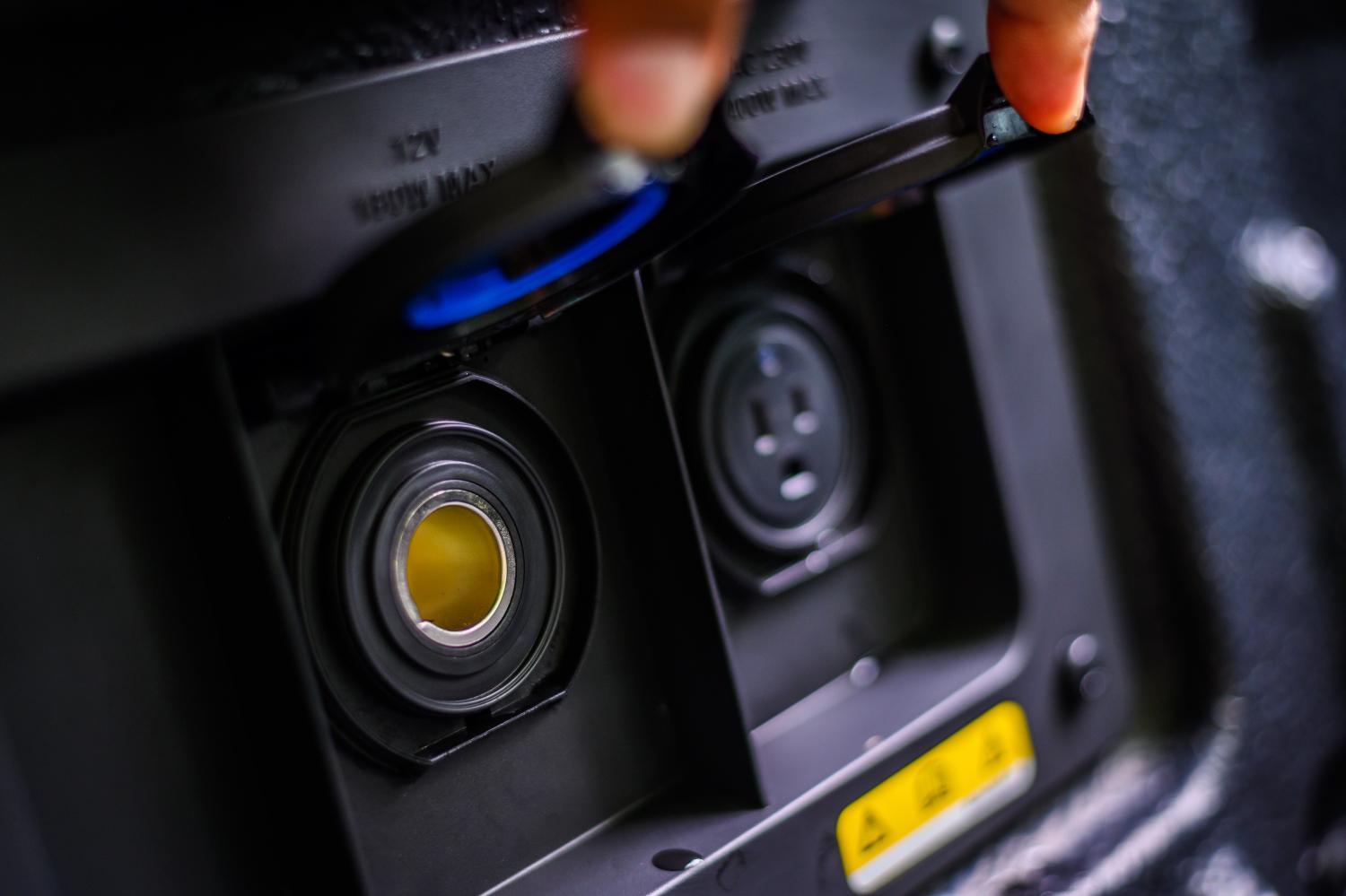 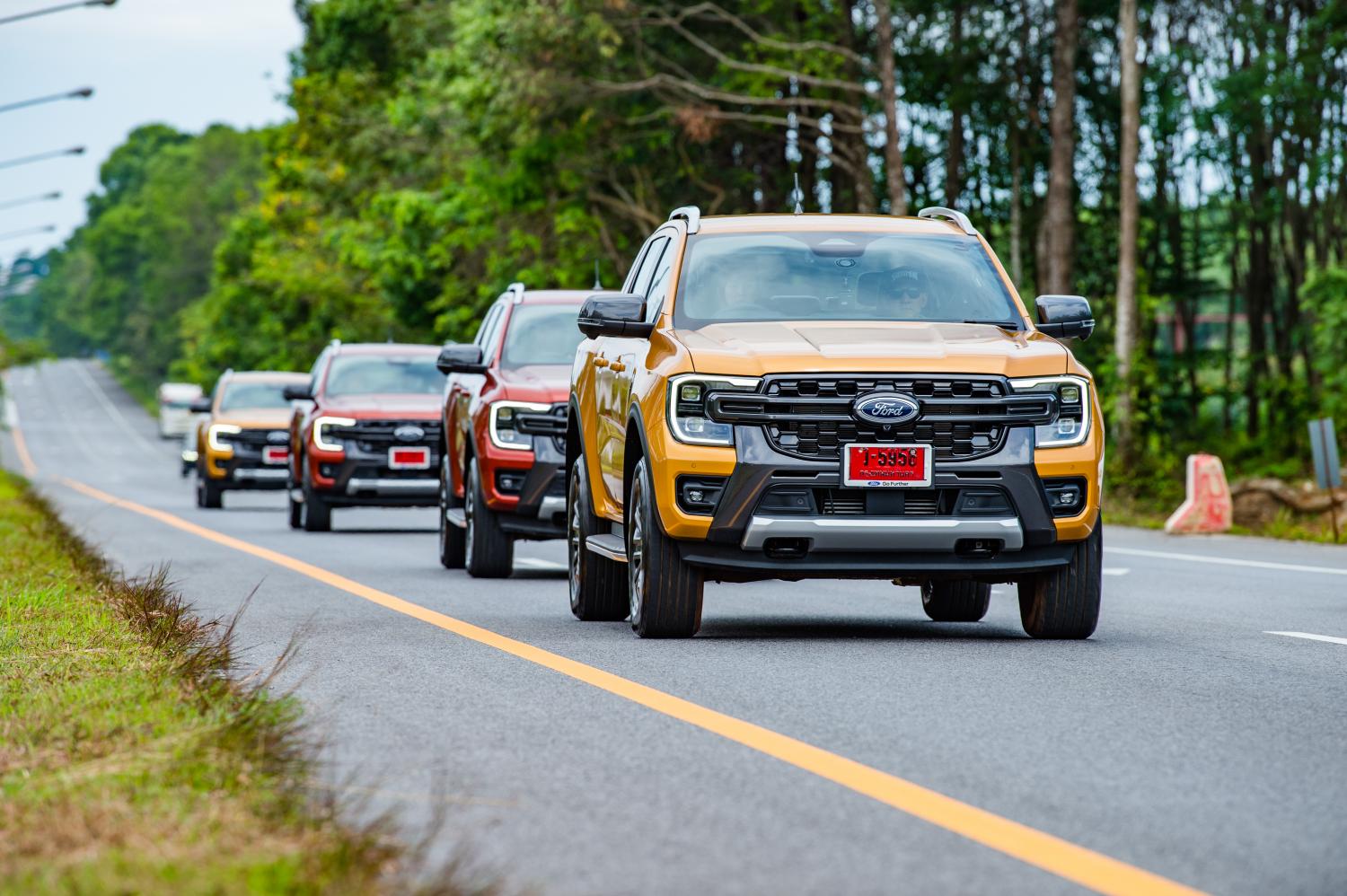 The Ranger Wildtrak actually comes with two engine choices -- a 170hp, 405Nm single-turbo diesel with six-speed manual or automatic transmission, and a 210hp, 500Nm bi-turbo diesel that's carried over from the previous gen but loses three horsepower due to stricter emission levels.

Nevertheless, the bi-turbo engine is still the most powerful in the market (the Hilux Revo GR Sport has 204hp and 500Nm), and works well with the old 10-speed automatic gearbox, which has also undergone improvements. It revs up smoothly, and there's not much engine noise thanks to extremely good cabin soundproofing.

Acceleration isn't head-banging though -- there is more equipment/weight in the new model but Ford has tried to maintain the same weight by using weight-saving measures. The drivetrain offers a linear and balanced performance along with a mediocre average fuel economy of 13.5kpl.

There are no official figures, but 0-100kph acceleration times should be cut to around 10 to 11 seconds with the improved gearbox.

The Ranger Wildtrak comes with a part-time 4x4 system with Terrain Management Control that has been taken from the previous-gen Raptor, offering a range of programmes for different driving situations, including rocks, mud or sand. The Ranger took on the nine Ford-built off-roading stations comfortably, with low-range gear, diff lock and hill descent control offering loads of traction. The maximum wading depth for the new Ranger is claimed at a remarkable 800mm.

The suspension tuning for the new Ranger is pretty remarkable too, with the rear suspension dampers being moved outboard of the frame rails for the better ride both on- and off-road. The use of monotube shocks (another new feature) dramatically improves the performance and comfort, which is one of the biggest strengths of the new model. 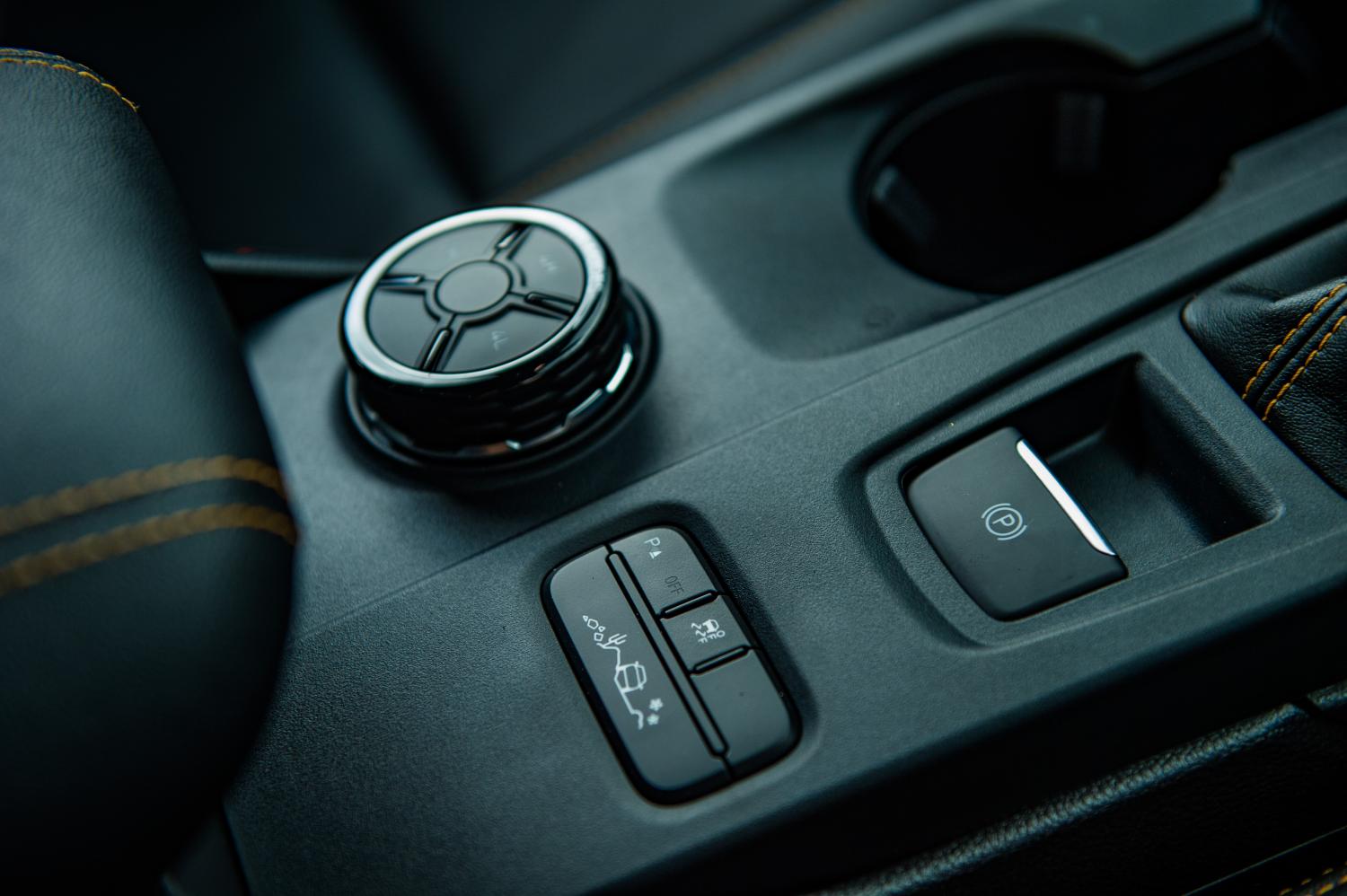 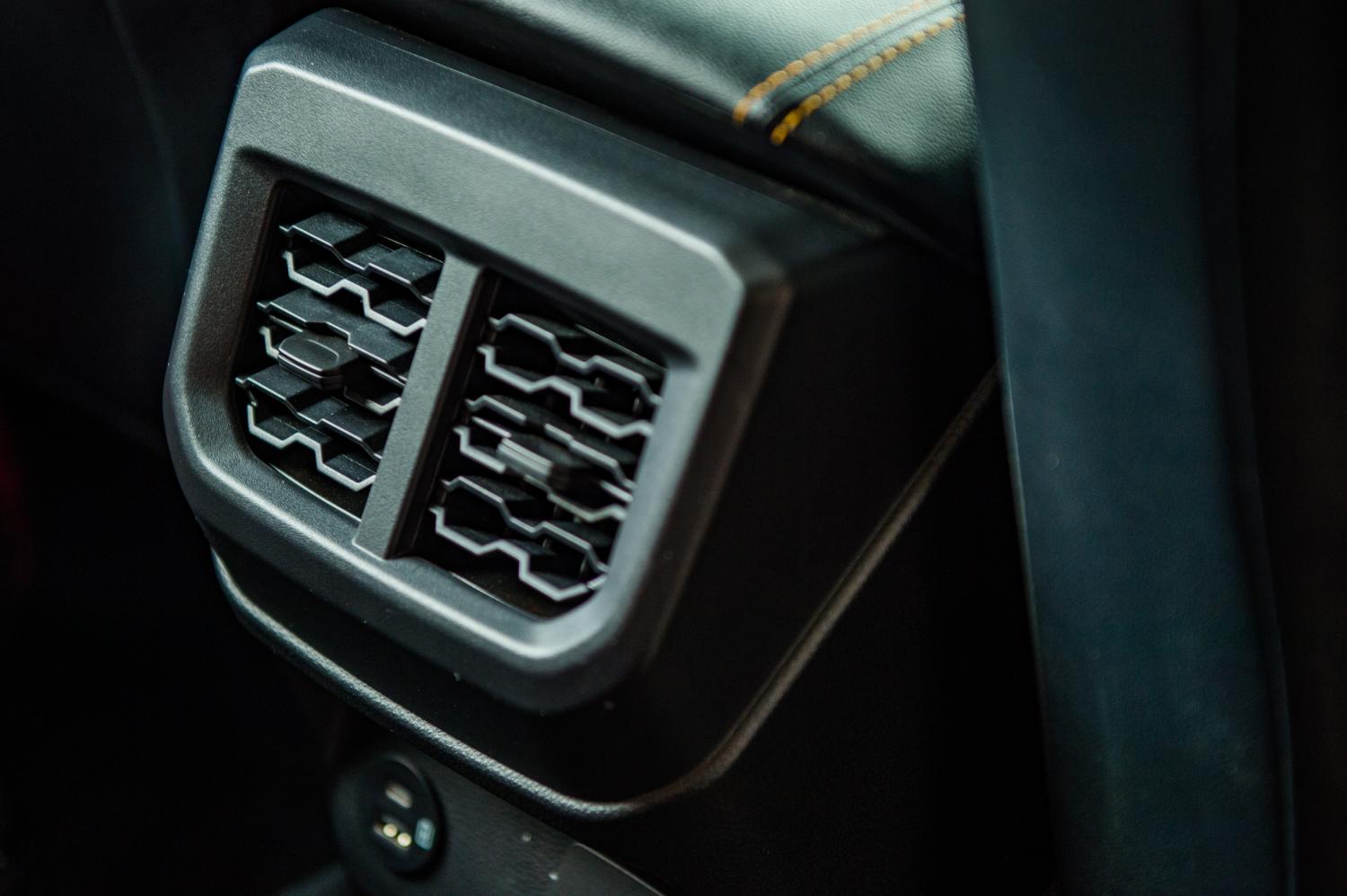 Whether on or off the road, the Ranger's suspension remains highly comfortable, soaking up cracks and bumps on the road effectively, while the electrically-powered steering is reasonably precise and well-weighted. The Ranger went through winding country roads with ease and held on to high-speed corners well for an unloaded pickup truck.

Brakes are vented discs both front and rear across the Ranger Wildtrak range, offering a firm pedal feel and shorter stopping distance than cheaper disc/drum setups.

It's not often that I get excited about a new pickup, but the Ford Ranger is truly an exception. Although there are traces of cost-cutting, Ford has still come up with a highly attractive package that masterfully combines the latest advancements in automotive technology with the capabilities of a go-anywhere 4x4 pickup.

Pros: Outstanding design, plenty of equipment, class-leading ride quality
Cons: Doesn't get a brand-new drivetrain, display menu can be difficult to use 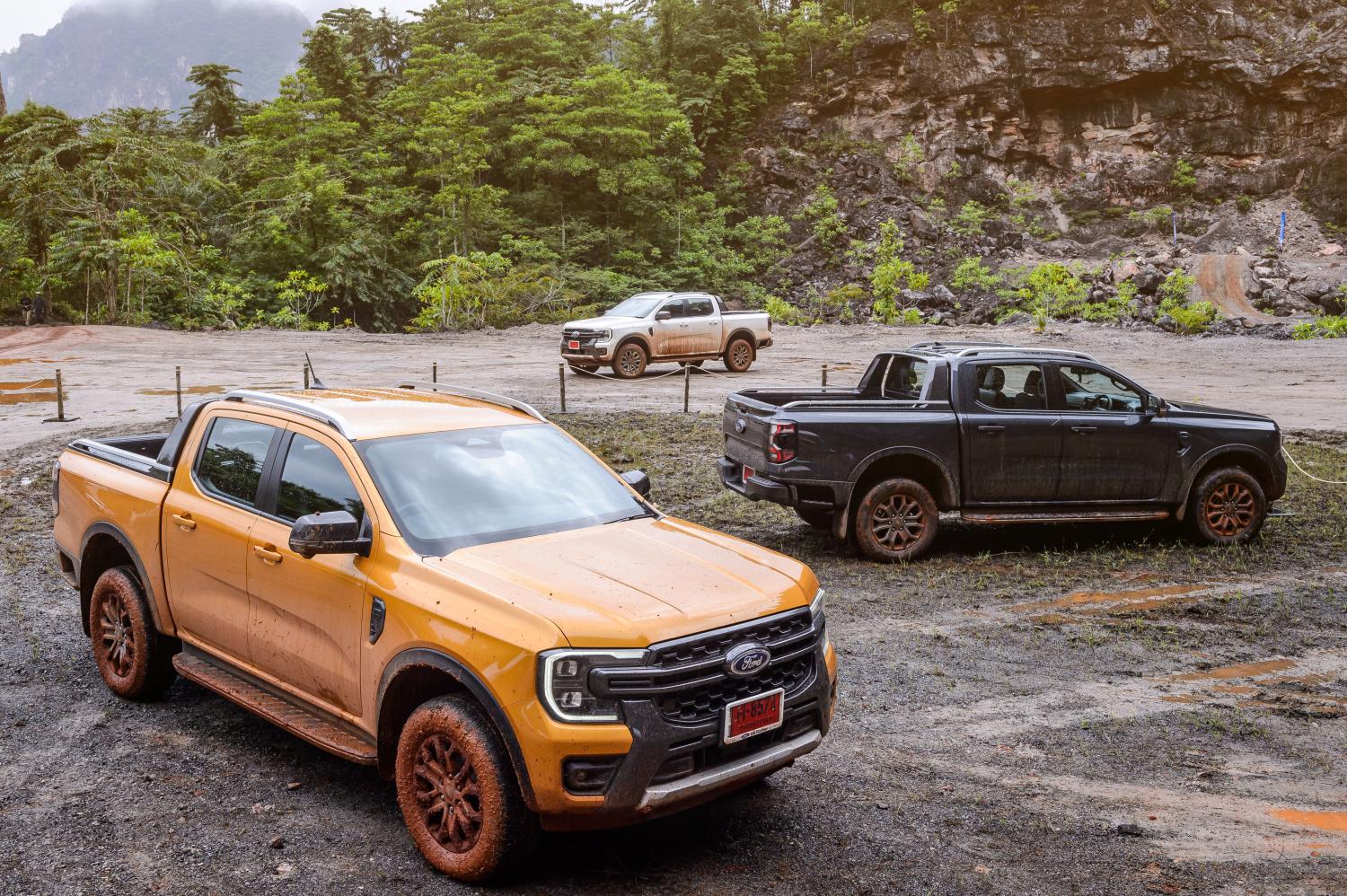