Rider Mania is an annual Royal Enfield event that has always been on my wishlist, and I finally got a chance to take part in this celebration of motorcycles, music, races, art and travel.

I've always wondered what draws thousands of Royal Enfield customers to the event. This year, it was held in Goa and I think it was a perfect choice by the organisers.

The small alleys of Goa came alive with the sounds created by Royal Enfields of all varieties as Rider Mania participants arrived a day before the event's official launch. Old Classic and Bullet 500s, Classic 350s, Himalayans and Interceptor/Continental GT 650s practically took over Goa's streets. Travellers came from all across India to the western region of the country.

This was Royal Enfield's biggest party of the year. 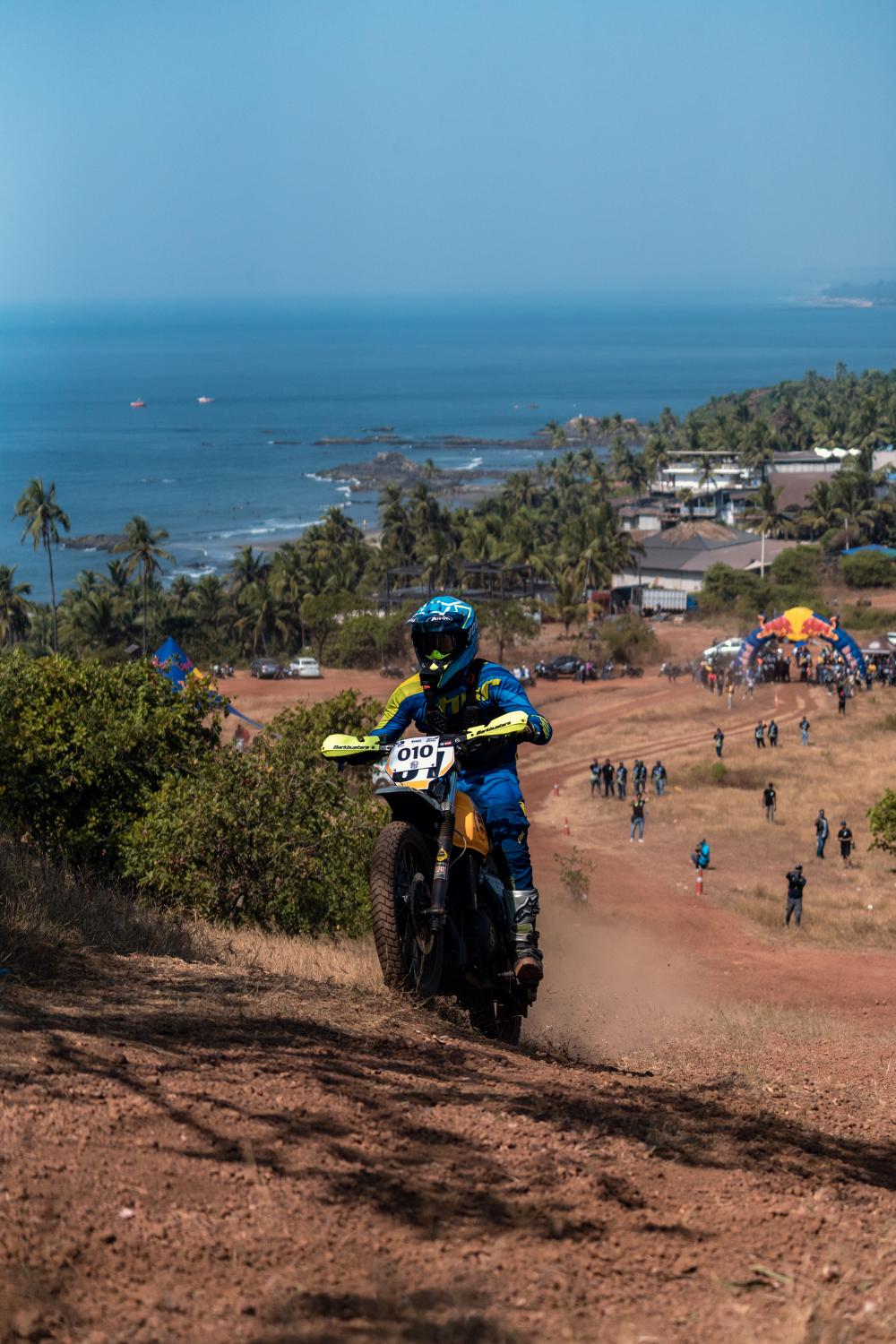 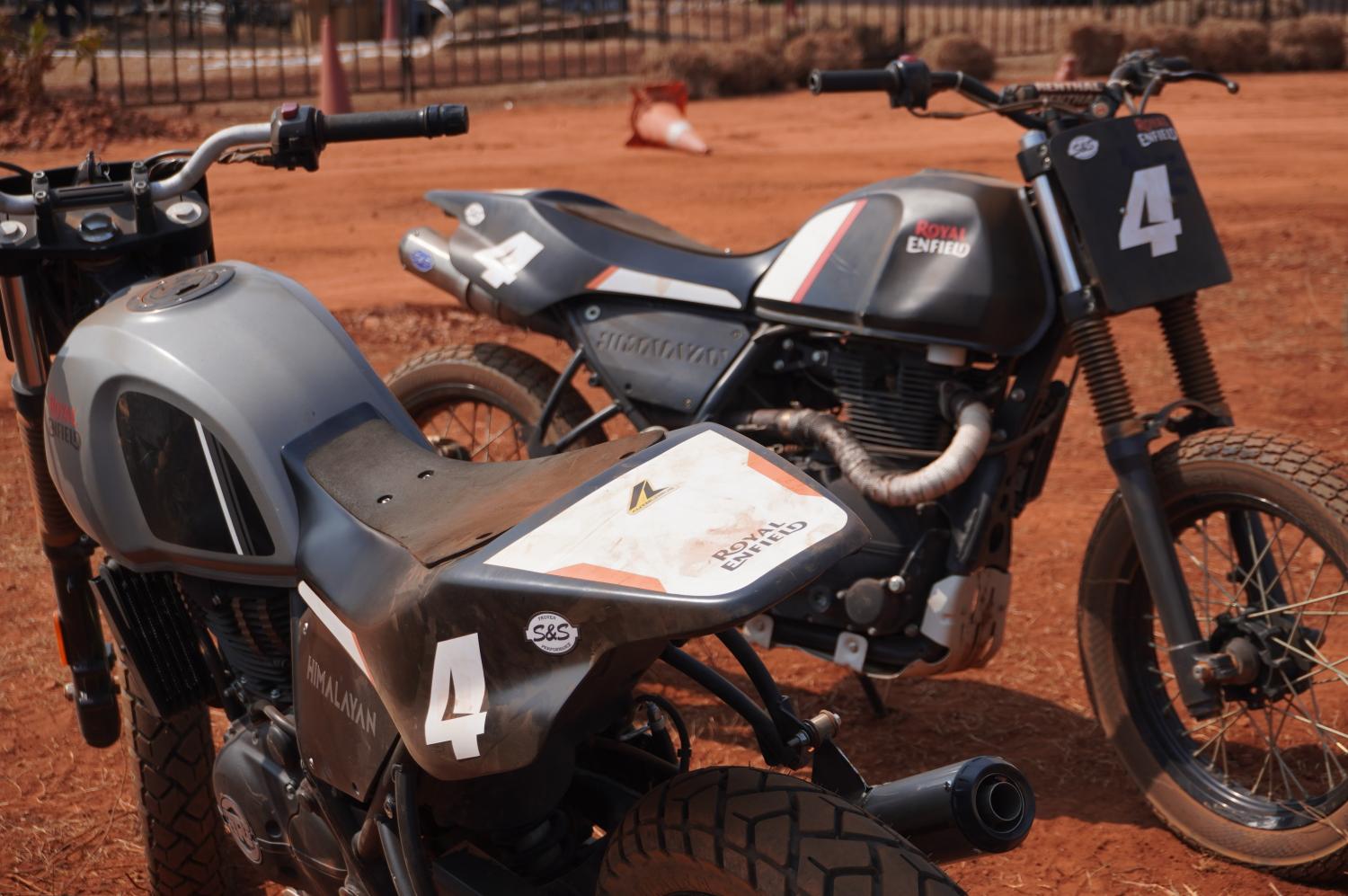 The Royal Enfield Garage Café is located about 20 minutes ride from the main venue, offering the best food and drinks, plus the biggest apparel store with discount prices. Royal Enfield handed me a Himalayan for three days and told me I could go anywhere with this bike.

Goa is a beach town located on the Arabian Sea -- people came here to enjoy the beach and the event. I wanted to have a taste of riding in India, so I hopped on the Himalayan and headed to Arambol beach, which is one of the top 10 beaches in Goa, located 25km from the main venue.

In India, you must use the horn often. If you don't, you will get blamed for not doing it (which is the opposite of Thailand). Besides motorcycles, there are buses, cars and other vehicles. Once in a while, you also see wandering cows sharing the road as well.

It took me 90 minutes to reach the beach and clear waters -- the weather in November was perfect. It was sunny but also cool. The atmosphere reminded me of Koh Samui or Koh Phangan. The food was great in Goa with fresh seafood that is delicious, cheap and clean. This doesn't apply to other big cities in India though. And by the way, KFC tastes better here than in Thailand.

Going to Rider Mania was chaotic though. There were so many people heading there and the fun part is that everyone wants to go in two directions on the narrow roads. You need to adjust your attitude about riding here.

Rider Mania 2022 was an epic weekend full of fun and adventure at Hilltop in Goa from Nov 18-20. After a hiatus of two years, the 12th edition of this exhilarating motorcycling festival brought music, art, heritage, inspiration and pop culture together with some of the greatest riders, artists, musicians and storytellers from all across India.

Rider Mania 2022 was the perfect cocktail of some thrilling motorcycling experiences, music and an unparalleled ambience. Every action-packed day of the event was followed by power-packed performances by famous artists including some of the biggest names in the music industry. 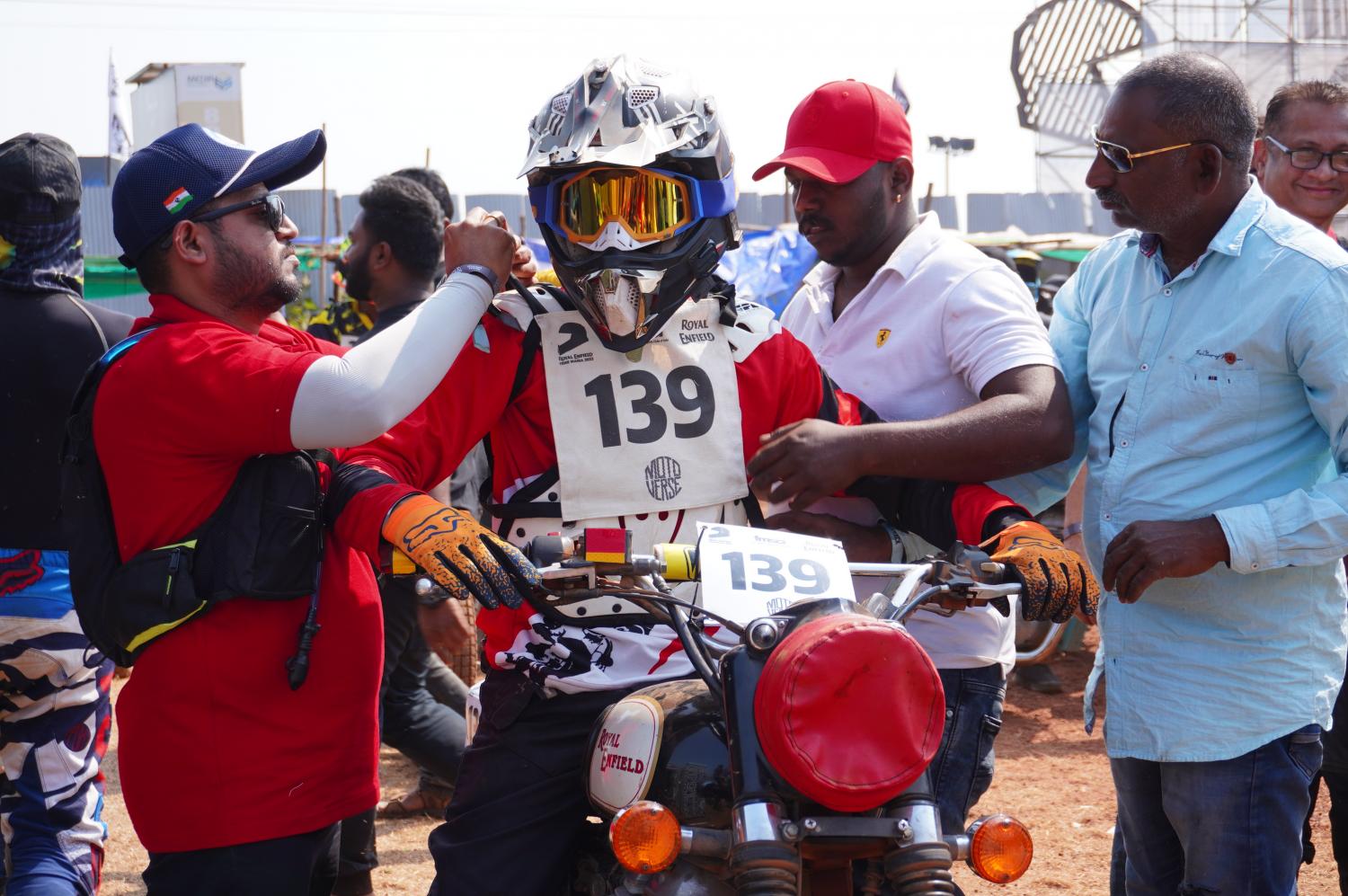 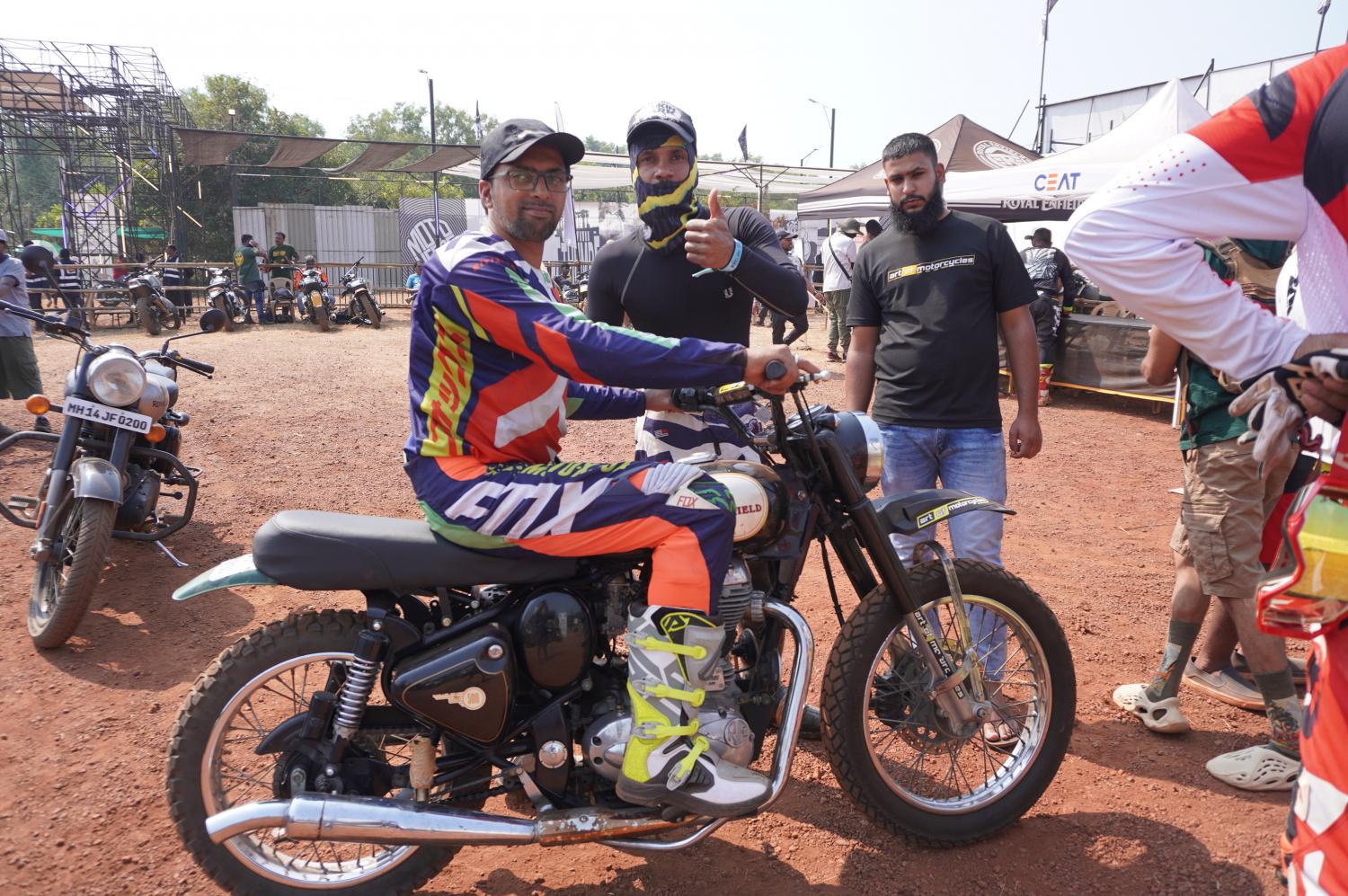 It is tradition to enter the event with a high-energy and colourful club parade. This made me understand more about the social culture of Royal Enfield owners. I also ran into an old friend -- Mr Rohit from Royal Enfield Bangalore who led almost 100 riders from the city to Rider Mania.

They took part in every challenge, ranging from races to beer-drinking competitions, not to mention arm wrestling and more. It was a friendly battle party between clubs.

This year's theme was "Motoverse", which is short for the motorbike universe of Royal Enfield. It was impressive to watch scores of riders race around the circuit on Bullets and Classics equipped with high-mount mudguards, knobby tyres and aftermarket exhausts.

Although the action proceeded at a leisurely speed (and you had to feel sorry for the riders pushing these large vehicles around the course), it was still rather exciting. Many people were entertained by additional activities including the RE Slide School with Moto Anatomy by Johnny Lewis, an American flat track champion, which involved riding an FT411 flat-tracking bike on an oval mud flat to learn essential traction-related abilities, the trail school and hill climb time assault.

Together with an aim to create a new-age pop culture calendar event that offers an exciting, kaleidoscopic gateway into the vibrant world of motoculture, Royal Enfield introduced the theme of Motoville -- a village led by the narrative of riding cultures ranging from exploration and cruising to street and custom.

The Motoverse Village brought together people, their stories, their machines, fashion, food and lifestyle in one inclusive space.

This year's Rider Mania was divided into four sections -- Motothrill, Motoville, Motosonic and Motoshop, encouraging the attendees to experience different hotspots as per their convenience. 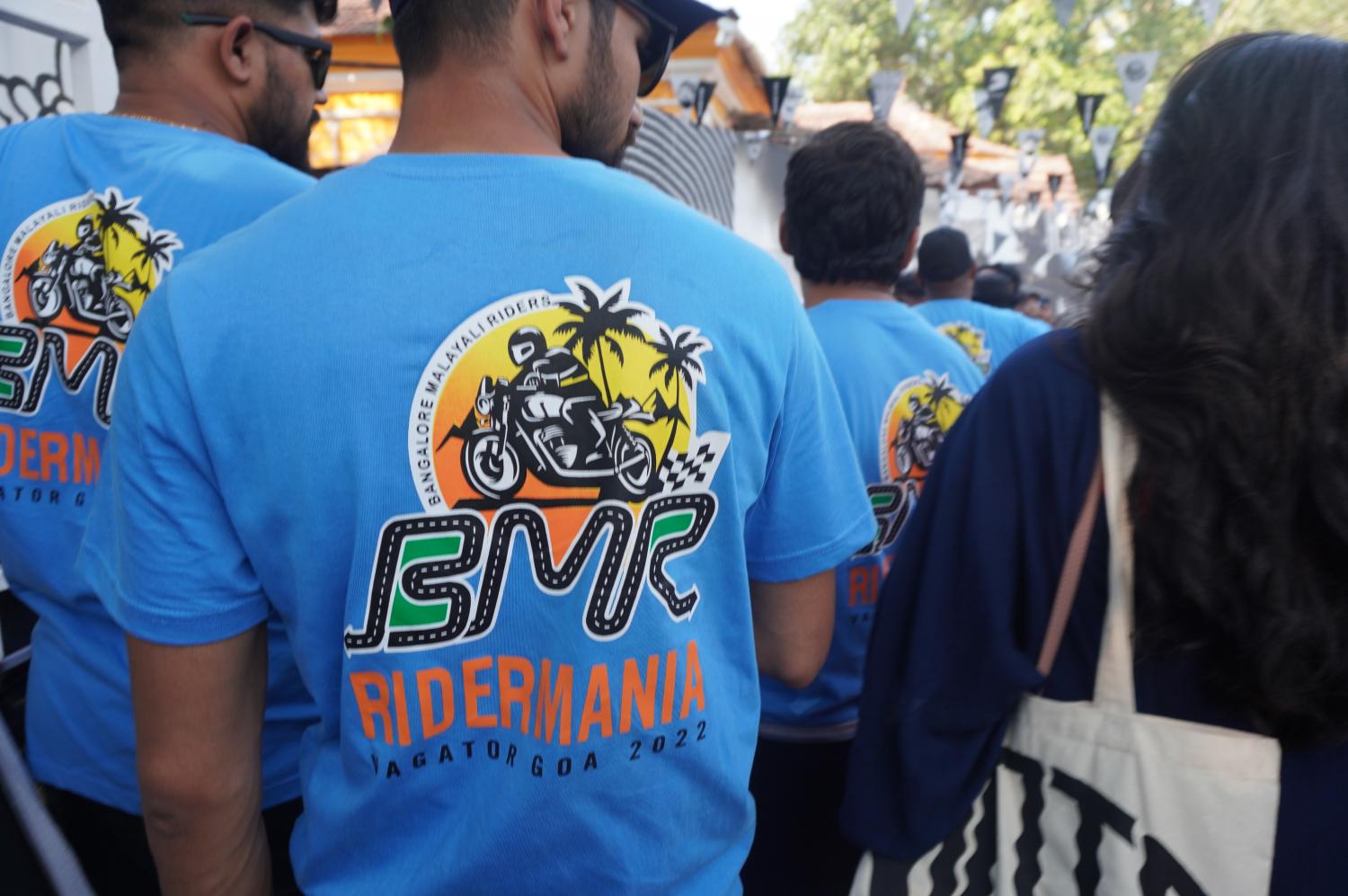 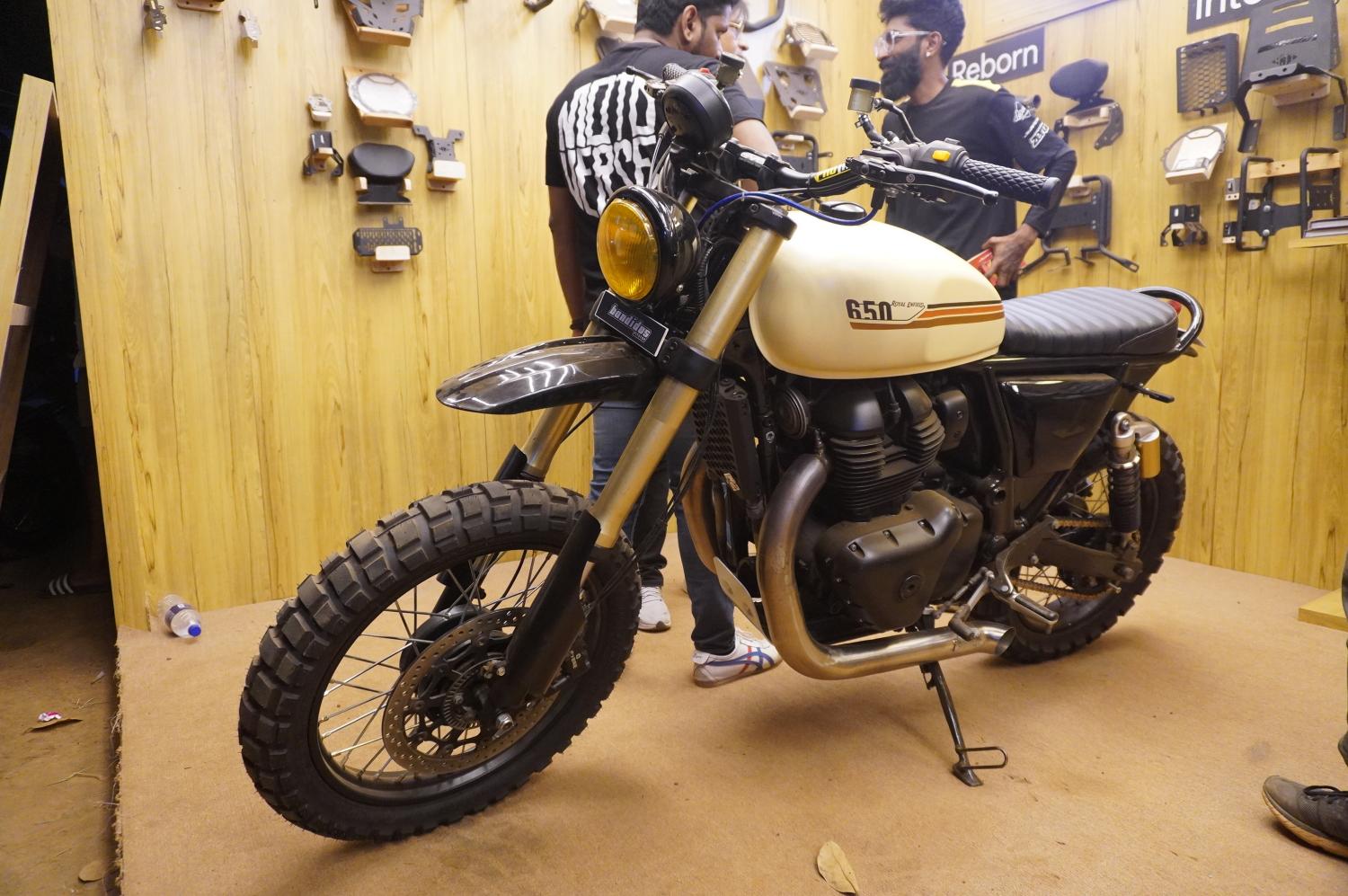 Taking Puresport to a whole new level, Rider Mania 2022 offered some of the most electrifying motorsport experiences at the event. Motorsport enthusiasts got a chance to ride on India's premier off-road training motopark and training academy curated by India's first Dakar rally participant CS Santosh, and learn from speaker sessions with the illustrious Nani Roma, the legendary Dakar rally champion known for racing two- and four-wheelers, and Ashish Raorane, one of the Indian representatives at Dakar.

The Motothrill section witnessed some of the most popular activities in Rider Mania, including Dirt Track, one of the toughest challenges at Rider Mania, Slide School, designed for riders to experience flat-tracking in a controlled and safe environment as trainers guide participants in the basics of the sport on the customised Royal Enfield Himalayans, Trail School, Ace the Hill, Adventure Zone and others.

For art and heritage lovers, the Royal Enfield Pop-up Museum offered a chance for visitors to revisit Royal Enfield's brand legacy, while the Unesco arena displayed some of the stories of indigenous tribes and many other facets of the Himalayas documented under the Royal Enfield and Unesco partnership. 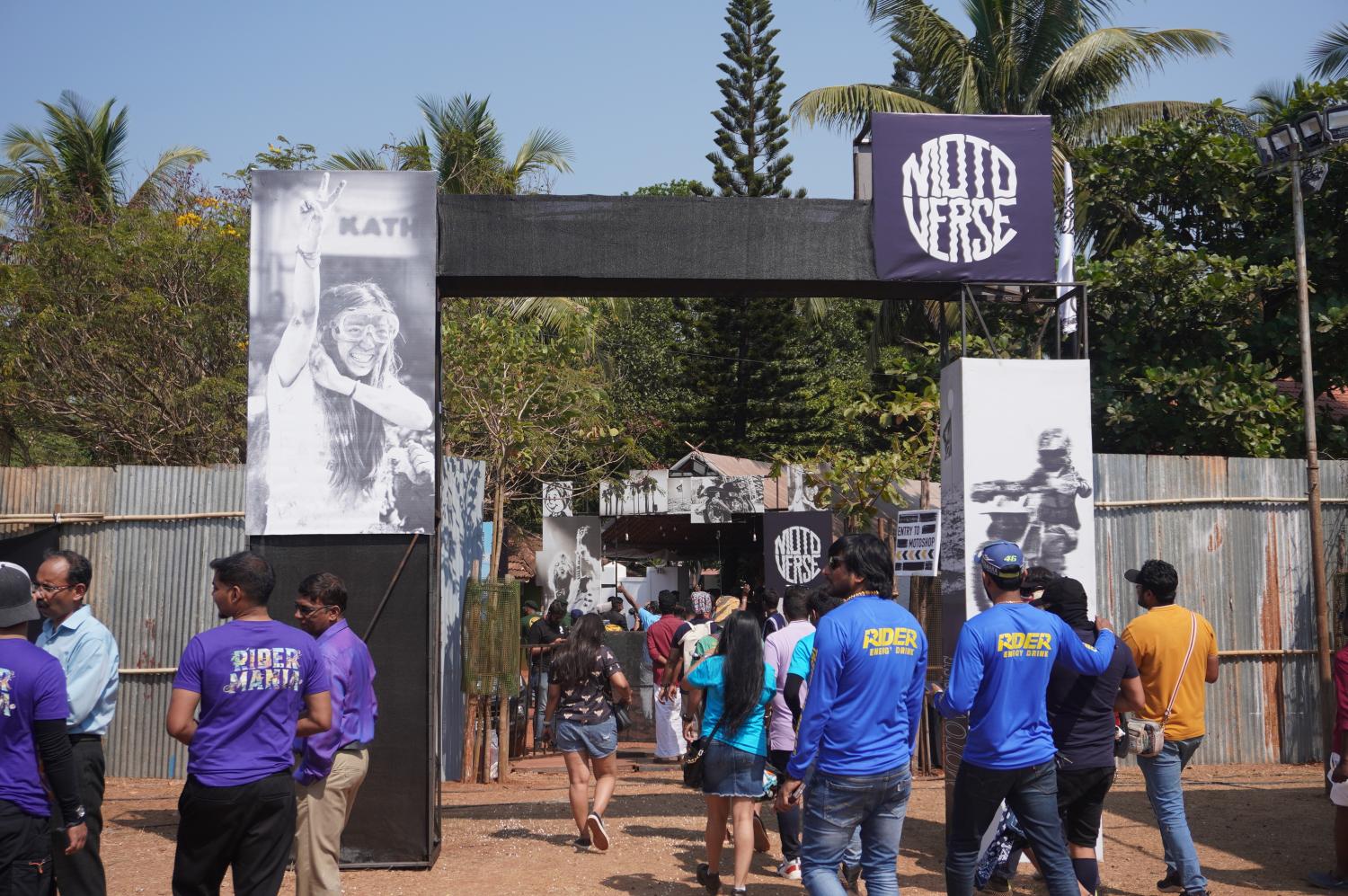 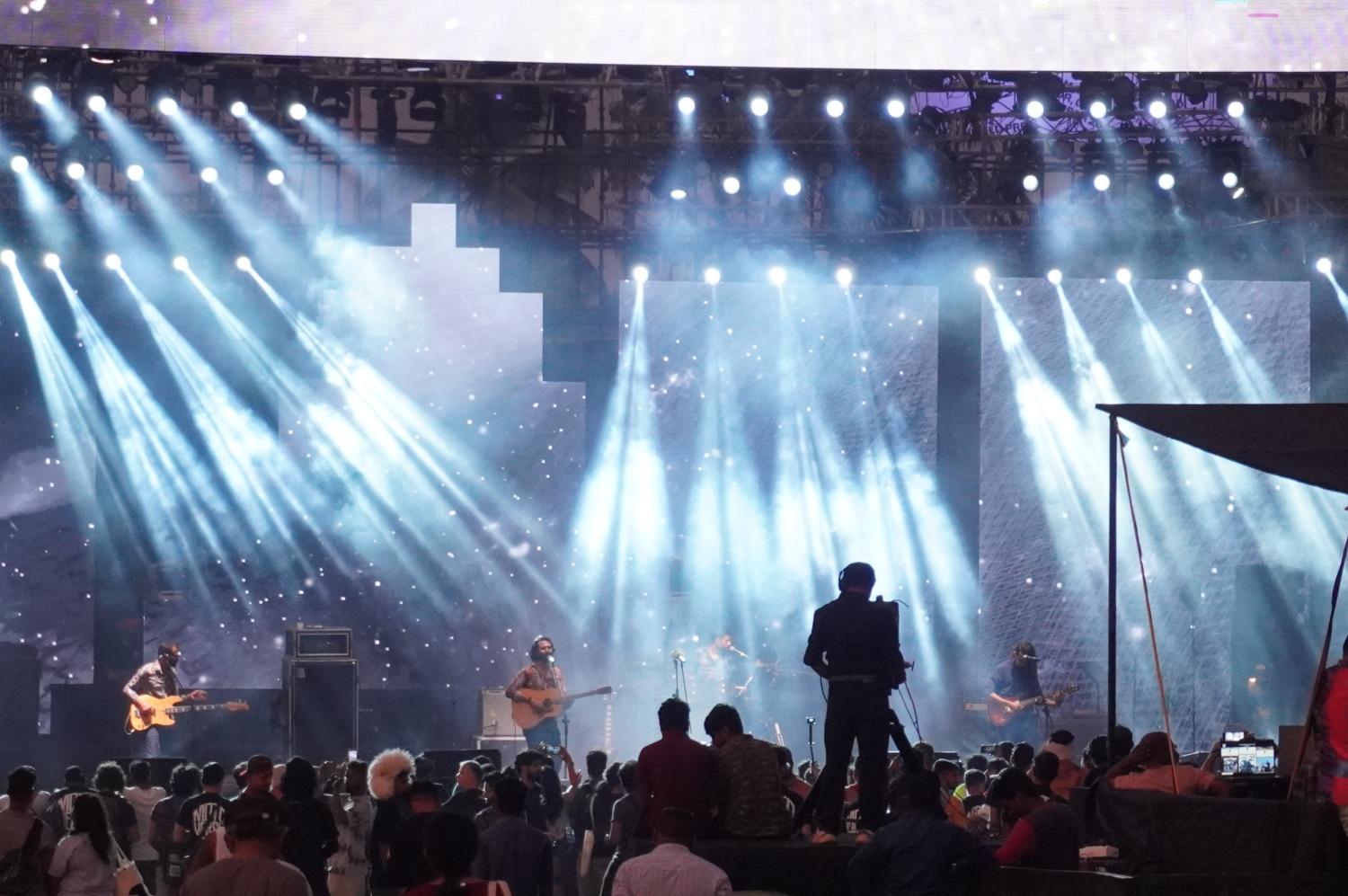 A whole new groove was heard with celebrated artists such as Tetseo Sisters, a quartet of sisters from Nagaland who has been devoted to the art and tradition of the vocal folk music; Parvaaz, a band whose sound has often been described as one that transcends musical genres taking the listener into spaces that traverse folk; Karsh Kale, known primarily for his experimental tabla drum playing within electronic music contexts; Divine, a globally recognised Indian rapper, and several other musical icons.

Beyond just motorcycles, this edition of Rider Mania also witnessed a lot of action from the world of apparel and accessories as well. Royal Enfield unveiled its 1:3 model of the Classic, a scaled-down and hand-crafted representation of the actual motorcycle. The Art of Motorcycling (AOM) Gallery in the Arts & Heritage section displayed designs handpicked from the first and second seasons of AOM. 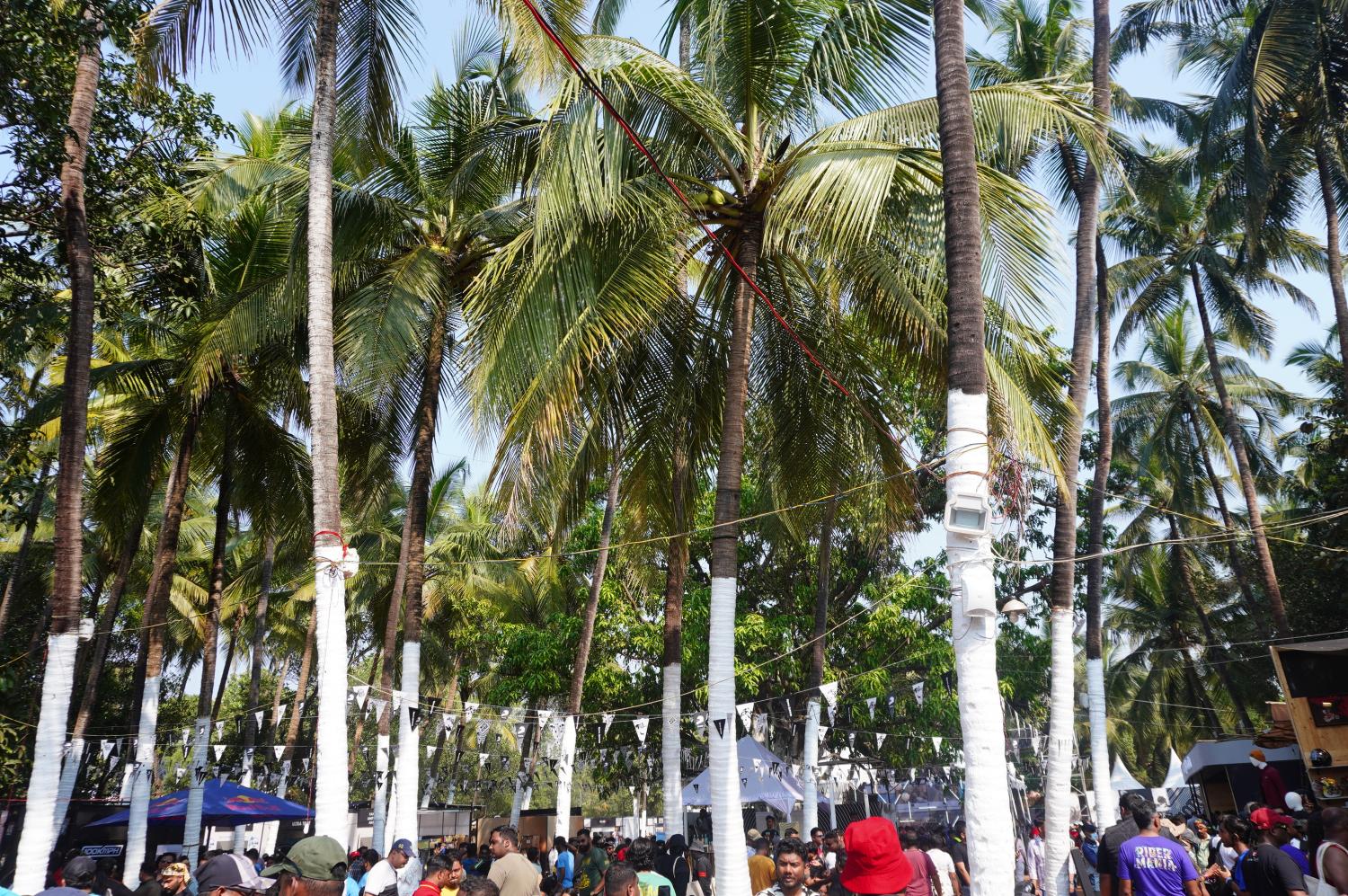 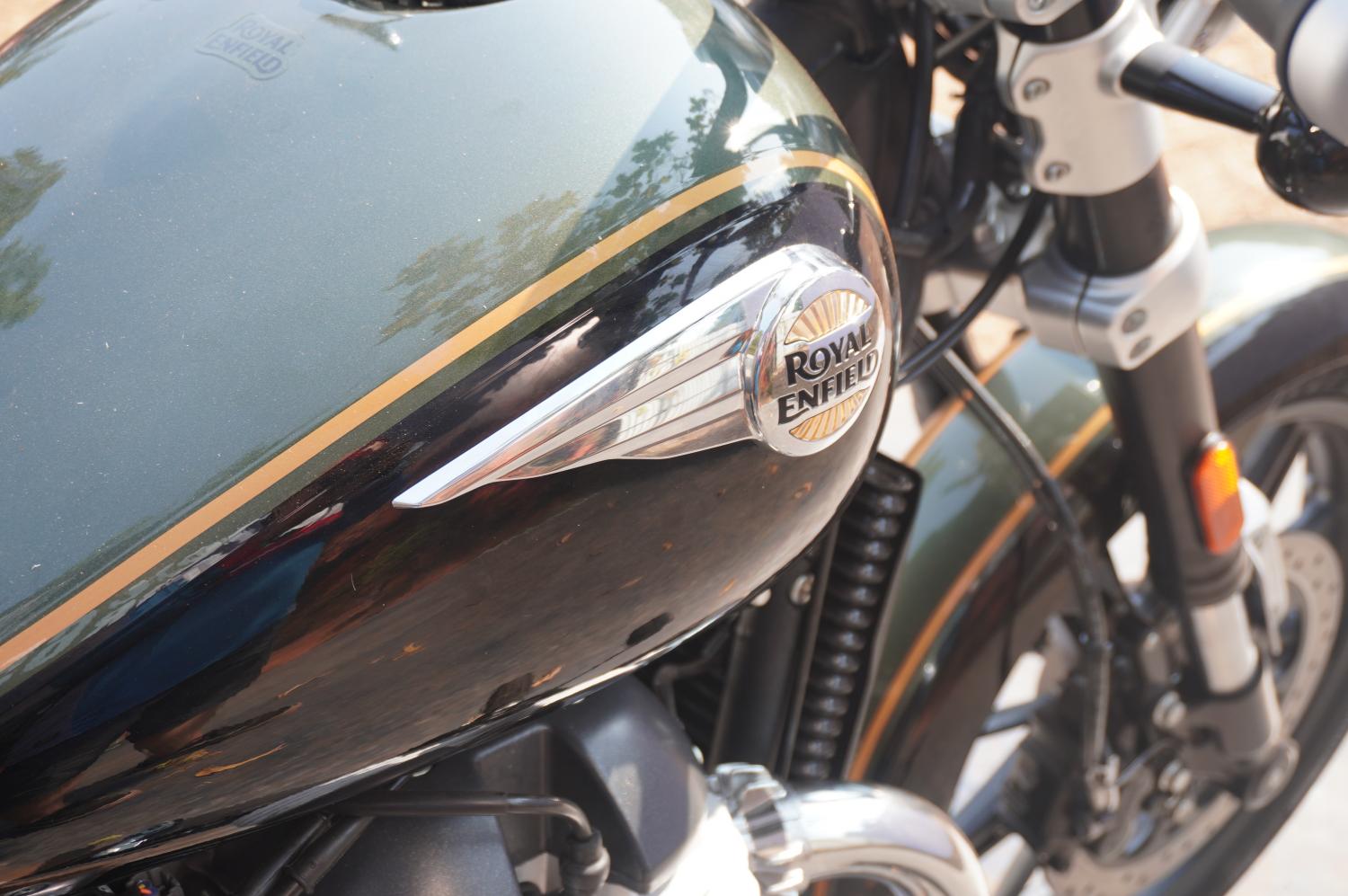 A sizeable projector displayed flicks and the creations of many artists whose brilliance astounded visitors. Many people were touched and stunned by the films and discussions, particularly those given by Dakar heroes CS Santosh and Ashish Raorane, who talked truthfully about their experiences competing in one of the world's toughest races. Then, inspiring stories were aired including the heroic journey of a Royal Enfield to Everest Base Camp.

Rider Mania is a unique platform that brings together riders from all over the world.

It is not just a festival and three days of fun activities, but a testament to the dreams and aspirations of motorcyclists. As a journalist and rider of the Himalayan, I couldn't imagine the level of consumer passion and dedication from Royal Enfield owners at Rider Mania.

Royal Enfield provides clients with more than just a motorcycle. They also connect directly to a big community of people sharing the same passion.

The all-new Super Meteor 650 was officially introduced at the event right after the EICMA show in Milan, and it was the first time we could start the engine and experience the bike up close. Purchase orders were accepted at the event. 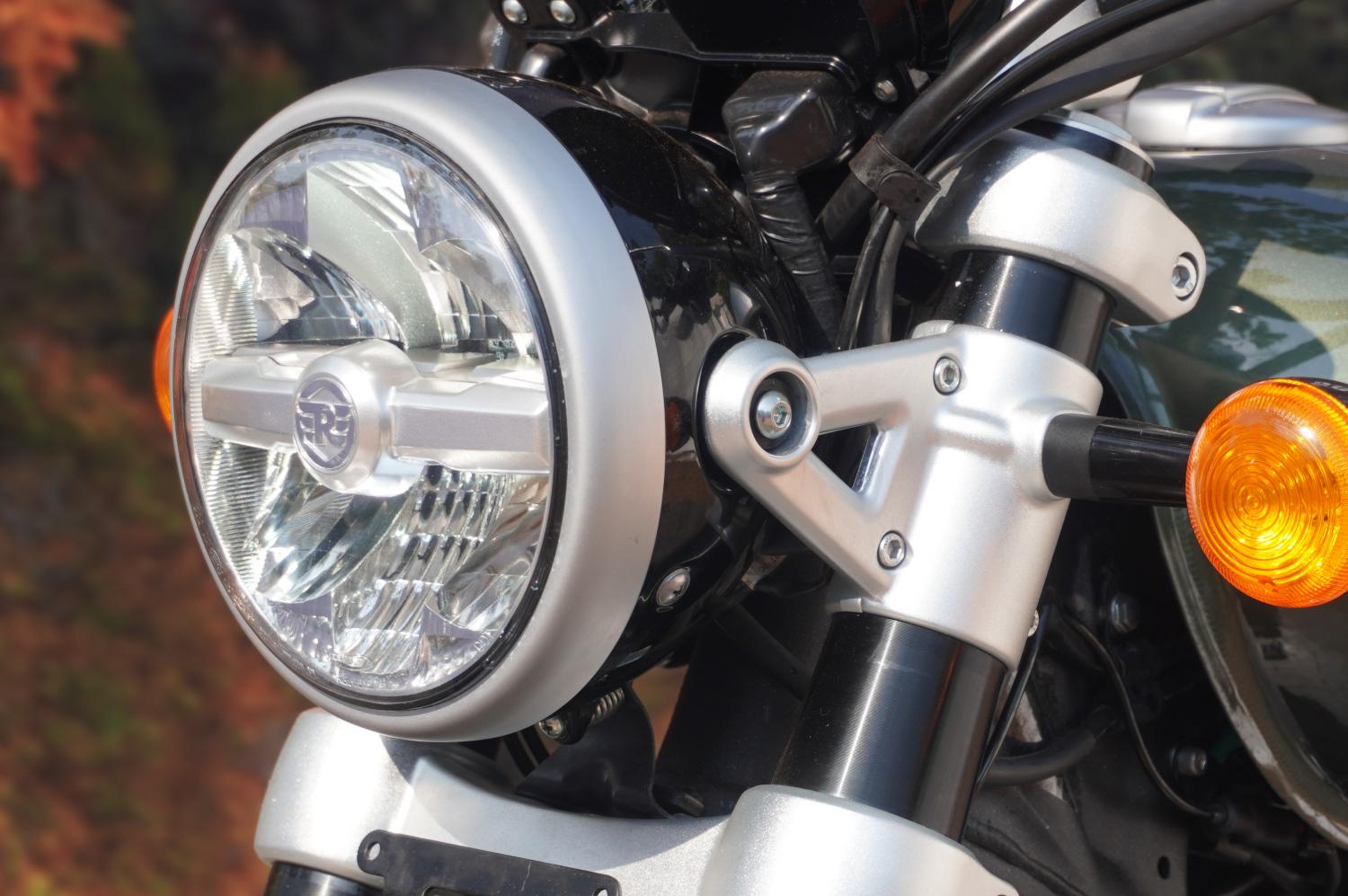 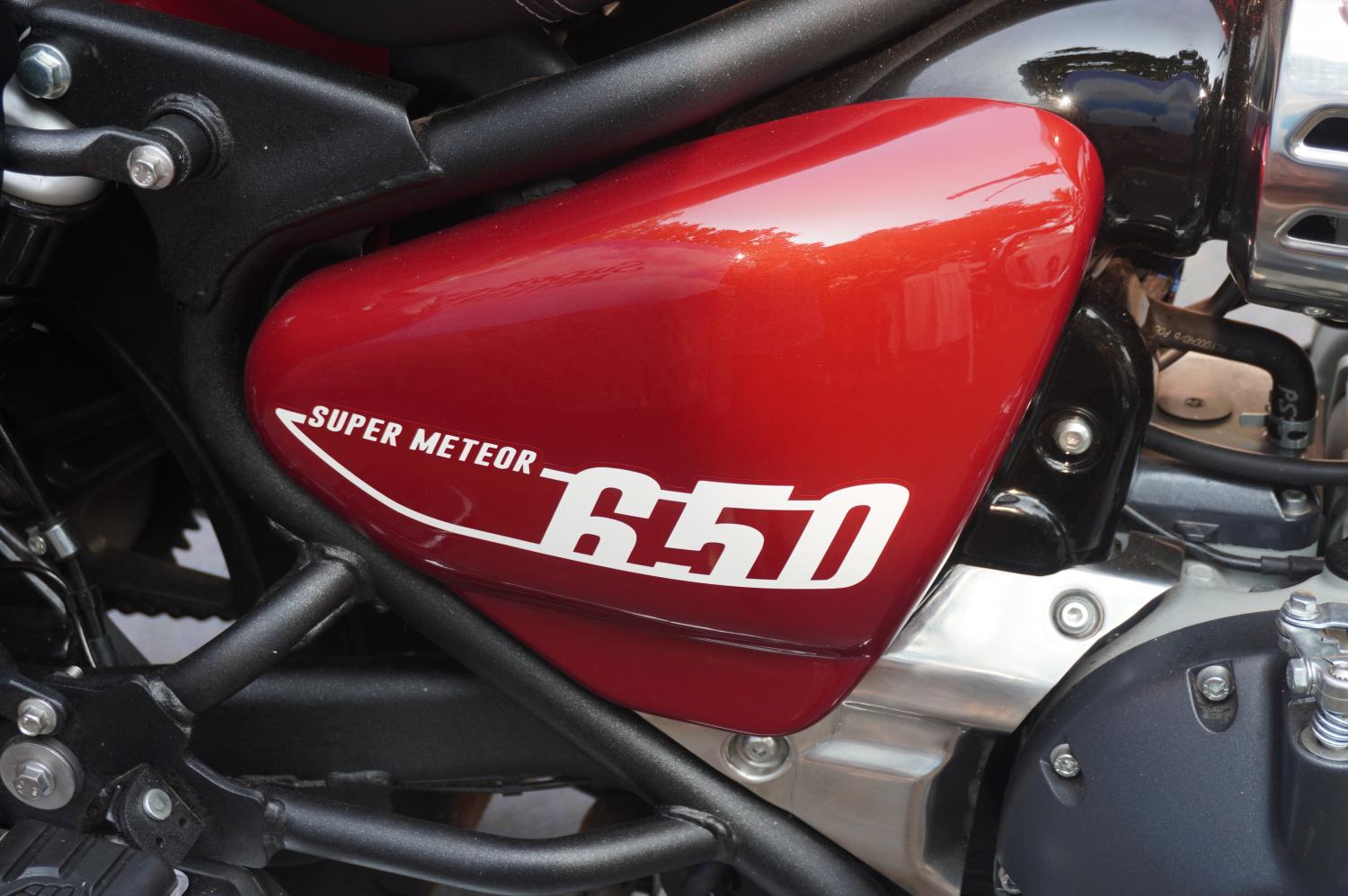 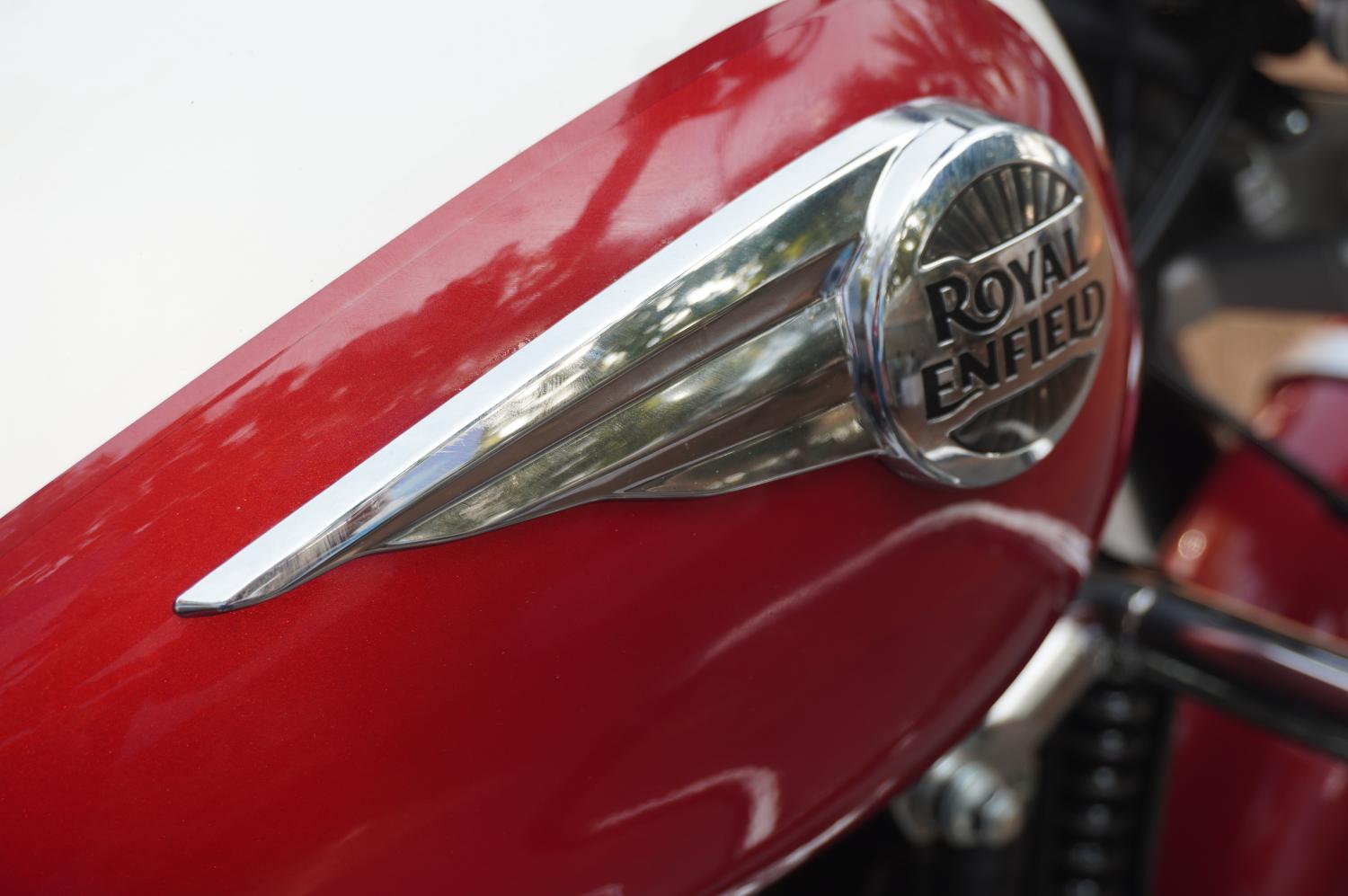 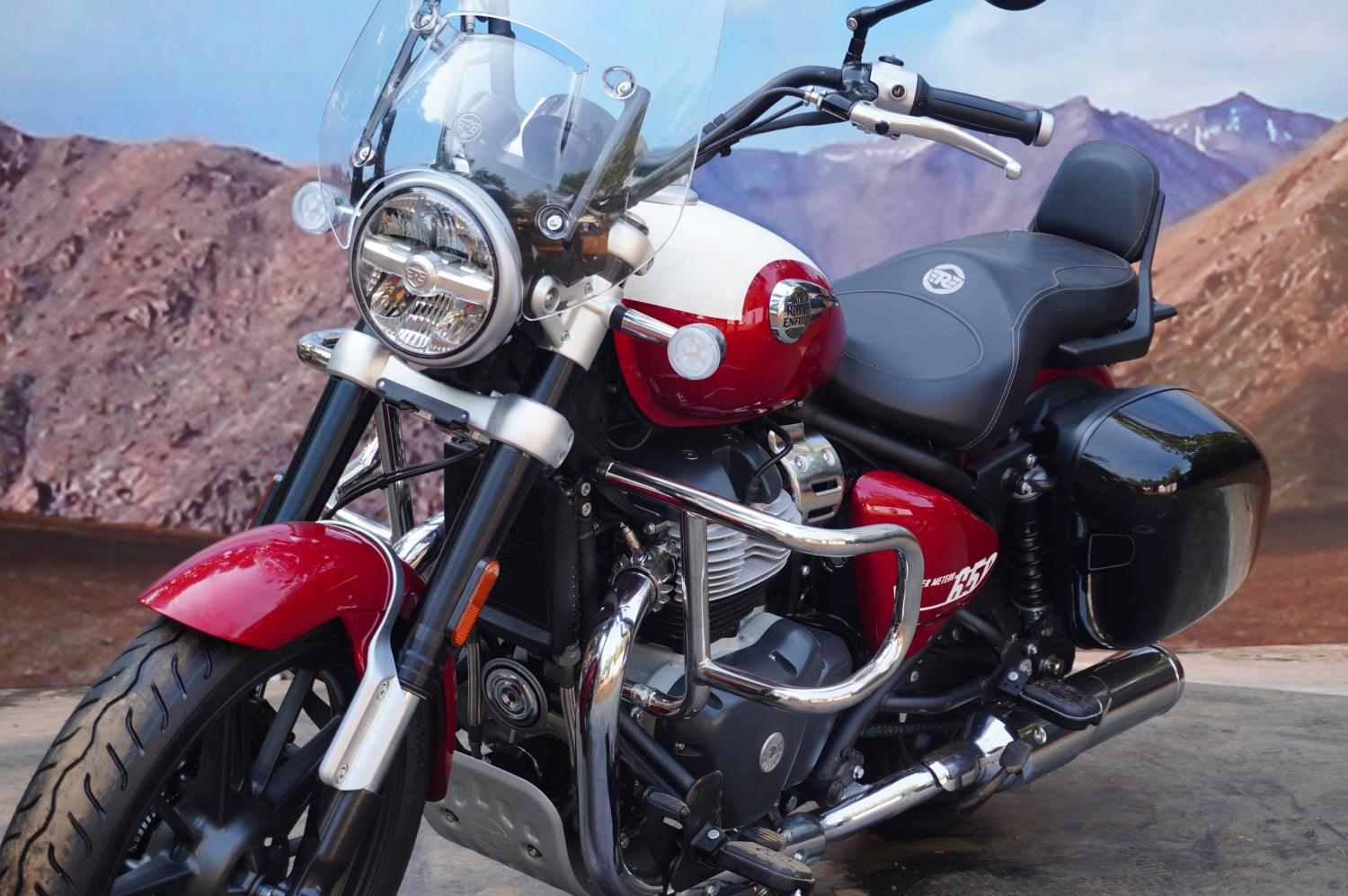 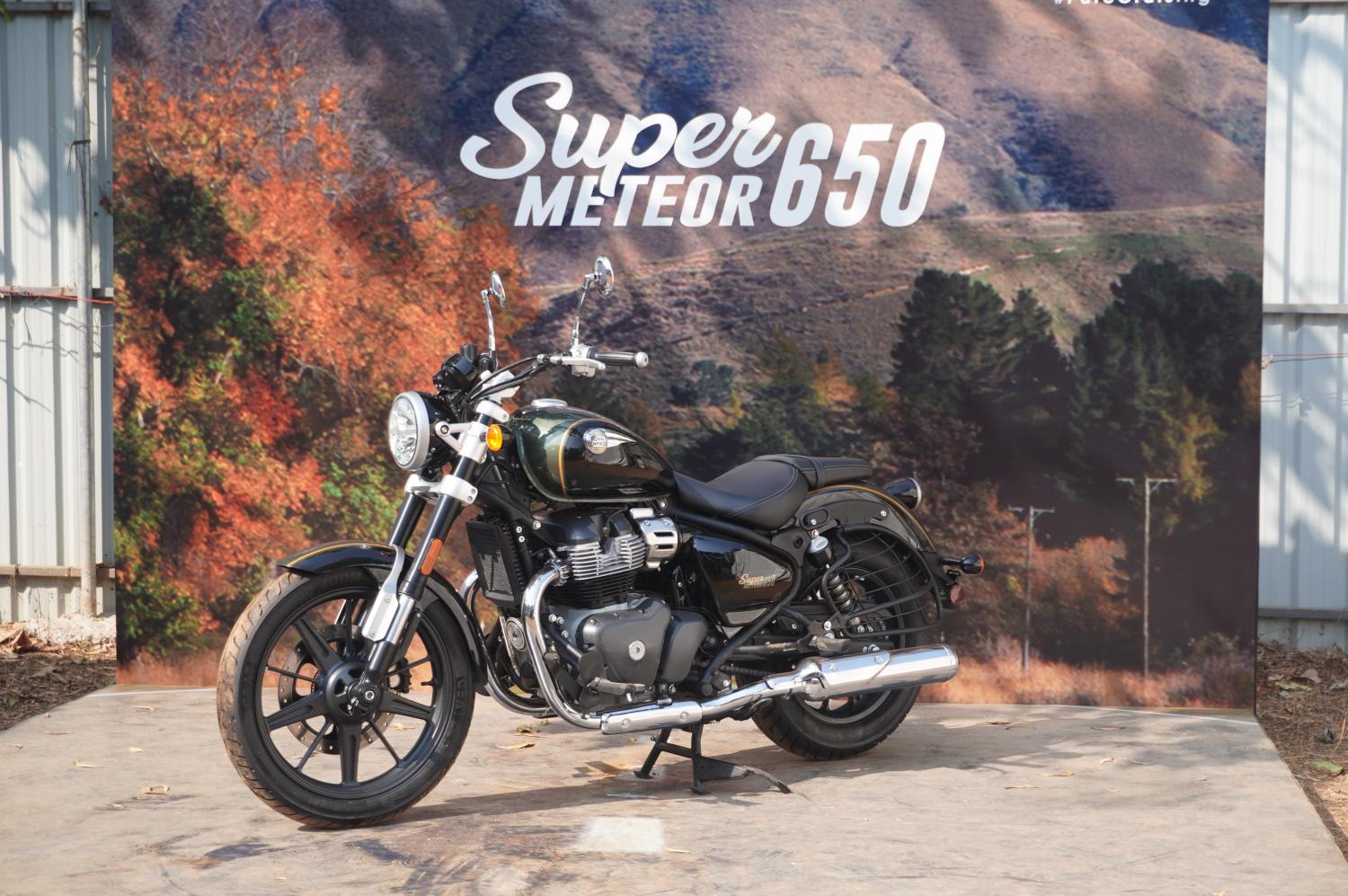