The world waits on UK
Business

The world waits on UK

Thai economy unlikely to be badly hit by exit

Britain's European Union referendum has global markets on a knife edge. Fears of "Brexit" on Thursday have already gripped global equities and revved up demand for safe havens such as the Japanese yen, gold and the US dollar.

Many investors expect Britain to vote to leave the EU, while opinion polls put the Leave camp slightly ahead of the Remain campaign.

Yet the impact from Brexit on Thailand's trade and economy is likely to be limited even though it could have a ripple effect on the capital market.

The Thai economy is not expected to be directly affected by Brexit because exports to Britain only make up about 2% of Thailand's shipments, said Jitipol Puksamatanan, TMB Analytics' vice-president. 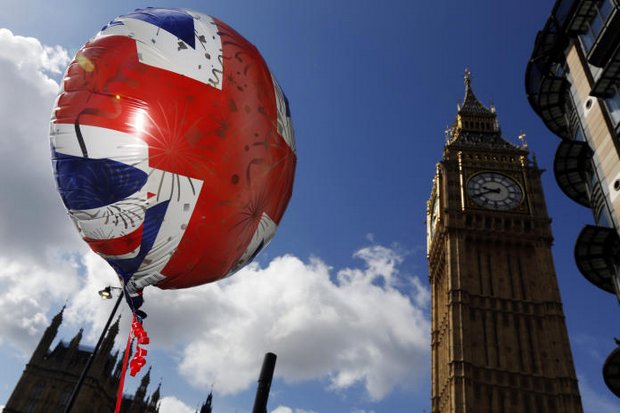 "Direct impact on the Thai economy would not be substantial because of the minimal trade volume, but [Brexit] could have an effect on slowing global economic growth, which could in turn affect Thailand's economy," he said.

Since the EU and Britain account for only about 10% of Thailand's trade, slower investment in the EU and Britain could affect Thai exports of cars and integrated circuits, said Mr Jitipol, adding that food shipments are not expected to be affected by Brexit.

Britain was ranked as Thailand's 19th-largest trading partner in 2015, accounting for 1.5% of the Kingdom's trade, according to the Commerce Ministry's Department of Trade Negotiations.

Funds would probably flow into Japan's financial market due to the yen being a safe haven, while capital flows to other Asian financial markets are expected to be designated as diversified flows, said Mr Jitipol.

He said if Brexit induced substantial fund flows into Thailand's financial market, the Bank of Thailand could use a policy rate cut to prevent a sharp appreciation of the baht as it is more of a cost-saving move compared with foreign exchange intervention.

Although the central bank would want its policy interest rate to be in line with domestic economic conditions, it could use uncertainty in the global economic recovery to justify a rate cut, said Mr Jitipol, noting that the International Monetary Fund's recent remark in support of a rate cut amid low inflationary pressure adds weight to the justification.

If Britain leaves the EU, demand for Thai shipments in Britain might decline, particularly for processed chicken, cars and auto parts, and integrated circuits.

Thai importers might have to shoulder higher import costs due to the strengthening US dollar and yen after Brexit, said the research unit.

"But the baht is not expected to depreciate substantially since foreign investors' holding of Thai bonds is not significant, while Thailand's current account and foreign reserves are relatively high," said the EIC.

The effect on foreign direct investment by Thai investors in Britain is also projected to be minimal because the proportion is only 4.4% of Thailand's total.

However, further monitoring would be needed because Brexit would incur recession risks to the European and British economies, which would broadly affect the Thai export sector, said the EIC.

If the British and EU economies do not recover soon, this would slow global economic growth and Thai exports would decline.

Somkiat Triratpan, director of the Commerce Ministry's Trade Policy and Strategy Bureau, said it was still too early to predict the impact of Brexit, with Britain needing up to two years to complete the exit process.

"Nonetheless, speculation [about Brexit] has affected the baht," he said. "Embattled exports would create more trouble if the baht becomes stronger."

Mr Somkiat said the key issue would be how other EU members handle Britain's exit and which would seek to follow suit.

Isara Vongkusolkit, chairman of the Thai Chamber of Commerce, said export prospects were unlikely to be much affected by Brexit.

Last year, Thailand's exports to the 28 EU countries totalled just under US$22 billion, down 6% from 2014, while shipments to Britain were worth about $4 billion.

"Britain's exit would definitely affect confidence in the whole bloc, while a number of questions would be raised about EU members' capability to shoulder liabilities of other members," said Mr Isara.

Rolf-Dieter Daniel, president of the European Association for Business and Commerce, said Brexit would affect the economic growth of both the EU and Britain.

The indirect impact will affect Thailand later as the bloc's sluggish economy will affect the global economy as a whole, he said.

"All indicators point out that the benefits of staying outweigh the disadvantages, but the result is too close to call," said Mr Daniel.

Surachet Kongcheep, associate director of research at property consultancy Colliers International Thailand, said the direct impact on Britain's property market from Brexit would be minimal but the pound could be devalued.

"Britain is one of the economic pillars of Europe," he said. "If it exits, Thai demand for British property may leap in line with the baht's appreciation against the pound."

Over the past five years, Thai property developers have invested in Britain to serve the demand of wealthy Thai families who prefer to have assets overseas.

Kesara Manchusree, president of the Stock Exchange of Thailand, said volatility would occur after Brexit, warning that investors should monitor the market closely.

A leave vote would only slightly affect direct investment and fundamentals due to Thailand having limited trade with Britain, she said.

"Anything that happens in London will affect the world because it is an important country with a large economy," said Mrs Kesara.

Warut Siwasariyanont, managing director of Asia Wealth Securities, said Brexit's effect would be temporary in terms of currency exchange and the share market. The market has already absorbed fund outflows from emerging markets including Thailand.

Funds have shifted from equity assets to low risks such as gold, government bonds, treasury notes and the money market.

Bualuang Securities' research department projects that if Britain remains in the EU, the SET index will rebound to 1,450 points and the SET50 will rise sharply.

The Mass Rapid Transit Authority of Thailand (MRTA) on Monday reiterated its promise to minimise the impact of the construction of the Purple Line rail project on the premises of the centuries old Wat Iam Woranuch.

Bottom club Rayong must avoid defeat against PT Prachuap in Thai League 1 on Tuesday to delay their relegation.

After much anticipation and delay, Thai authorities have announced they are planning to roll out AstraZeneca jabs on Thursday with Prime Minister Prayut Chan-o-cha the first recipient.