An electric car is seen while being charged during the opening of a PTT commercial EV (electric vehicle) charging station, in Bangkok on Monday. (Reuters photo)

PTT Plc, a state-owned oil and gas company, on Monday signed contracts with six major automakers for cooperation in developing electric cars, opening the first in a series of electric vehicle charging stations associated with the project.

PTT will be responsible for building a network of 20 charging stations under the accord, while the automakers pledged to develop electric vehicles (EV) and boost awareness and confidence in the Thai market, according to a joint statement. 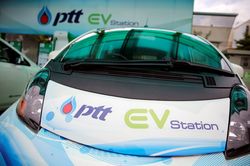 An electric car is seen during the opening of a PTT's commercial EV charging station, in Bangkok on Monday. (Reuters photo)

The move is in line with the military government's policy of promoting the electric vehicle industry, at the same time strengthening security of energy supply. Thailand is a regional auto industry production and export hub, and the sector accounts for around 10% of gross domestic product.

Meanwhile, Thailand has ambitious plans to boost the number of electric cars to 1.2 million by 2036, Energy Minister Anantaporn Karnchanarat said, compared with just under 68,000 currently in the country. Sales of hybrid petrol-electric cars or plug-in hybrid cars in Thailand accounted for just 1% of total auto sales in 2015.

The limited number of charging stations so far has made both manufacturing and selling EVs unappealing. To help spur the industry, the government has already offered tax incentives for makers of EV auto parts, including batteries and motors. 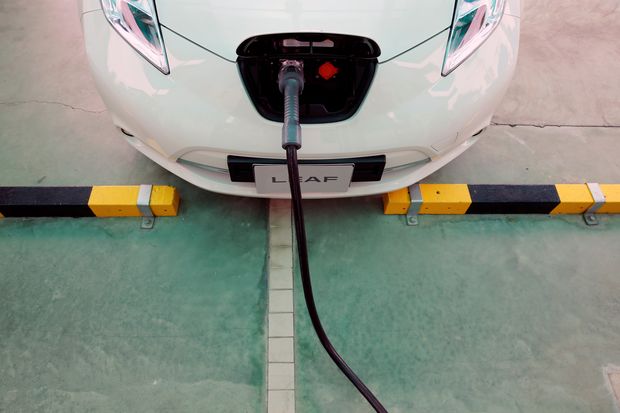 An electric car is seen while being charged during the opening of a PTT commercial EV charging station in Bangkok on Monday. (Reuters photo)