US carmaker General Motors plans to phase out manufacturing and marketing of its sedan passenger cars in Thailand, leaving only pickup trucks and sport utility vehicles (SUVs) for the local market.

GM produces four models at its production plant in Rayong. Chevrolet Cruze is the only sedan passenger car made locally. The three other models are the Colorado pickup truck and SUV variants Trailblazer and Captiva.

Wail A. Farghaly, the managing director of GM Thailand, said the company will continue to market the Cruze until the end of its life cycle. 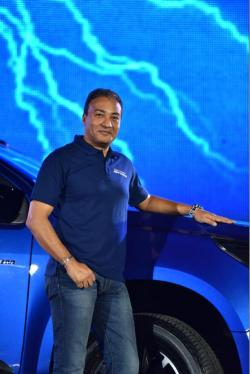 GM has not disclosed an exact time frame for when it is going to phase out its production, but normally the life cycle of a vehicle is four years.

Mr Farghaly said there would be no more new models in the passenger car segment for GM in the future.

"GM's strategic transformation was announced two years ago," he said.

"The locally made Colorado and Trailblazer models will be emphasised for exports to Asean and Oceania in the future. The company has witnessed a good momentum in each region."

GM expects to double export volume of both the Colorado and Trailblazer this year, both for completely built-up (CBU) and completely knocked-down units.

A report from the Federation of Thai Industries noted GM shipped 39,602 units of CBUs from Thailand, up by 10.1% year-on-year.

He expects domestic sales of Chevrolet to recover this year after contracting for four straight years, but no projection was available.