Struggle for freedom becomes even more dangerous after crossing into China, where a harsh fate awaits anyone who is caught.

Local residents rummage through rubble near a building bearing a portrait of Kim Il-sung, the founding leader of North Korea and grandfather of the country’s current leader. (Reuters photo)

'I left my home in North Korea in August 2014," Joon Hee recalls. A North Korean defector who has been living and working in Seoul for almost three years, she is like the hundreds of others who make the journey through China to South Korea, seeking a better life in the south.

However, the 4,800-kilometre roundabout journey via China and Southeast Asia is fraught with danger and the risk of being caught and returned to severe punishment in North Korea. But for many, the rich rewards outweigh the many risks. "I felt as if it was better to risk my life than to live without purpose," Hee tells Asia Focus.

The typical journey starts with a crossing over the narrow Tumen River into China, followed by a long and arduous journey to the relative safety of Southeast Asia before finally touching down at Incheon International Airport in Seoul. But no two experiences are the same.

Some defectors seek to live China for economic reasons, finding themselves living in relative poverty, while some are encouraged to leave after hearing word from friends or family who have made the journey. For some the lack of a future, an absence of hope, is the motivation to escape the last totalitarian regime on earth. 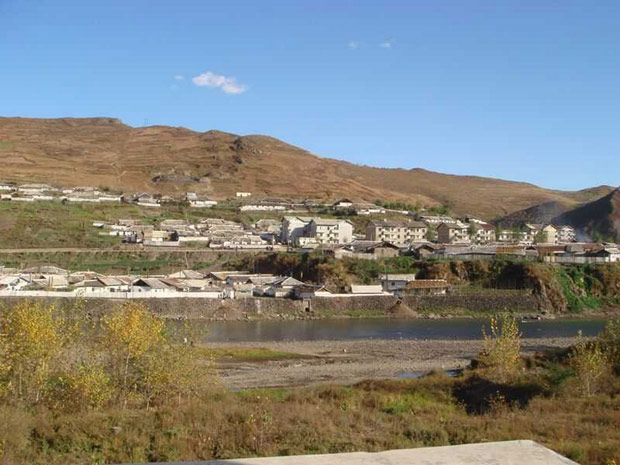 The typical journey that many North Korean defectors take involves crossing the Tumen River into China. (Photo by Hyeonseo Lee)

Sae Won has lived in South Korea since 2015. "I had a happy childhood and my story was not as bad as others might have had in North Korea," she says.

Hyeonseo Lee, the author of the bestselling memoir author of The Girl with Seven Names, was also motivated to escape for reasons other than economic privation. Having lived a relatively happy and safe childhood, Lee said it was the famine that hit North Korea in the 1990s that opened her eyes.

"Seeing the dead bodies really struck me at the time. It was the first time that I realised that the people in my country were suffering. It was confusing, contradictory, it made me have doubts," she told Asia Focus.

Lee's family home was close to the border with China, and seeing the lights from across the river made her more questioning than most. "I began to feel as if something strange was going on. ... I wanted to see whether China was real, or whether North Korea was real." 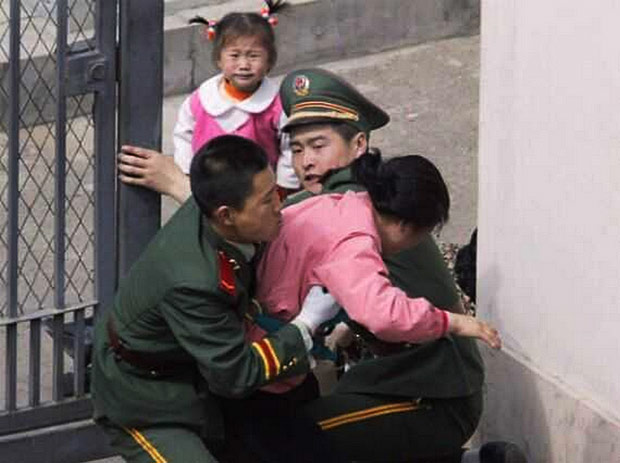 North Koreans who make it into China live in constant fear of seizure by Chinese police officers. (Photo: Kyodo courtesy of Reuters)

For many, the first steps into the outside world are a startling experience. After escaping across the Tumen River, Sae Won lived in a town near the border with distant Chinese relatives. She recalls crying a lot as the adjustment was so difficult.

"Some differences really struck me. In North Korea in the winter, we had to go out and collect water before boiling it so that it was safe to drink. In China it amazed me that, even in winter, we could get drinking water straight from the tap," she said. "The living spaces were also so much bigger in China."

Unlike most defectors, Won lived in hiding in China for seven years. It was the increased risk of getting caught, and her experiences with the Chinese police that prompted her to make the journey south. "A lot of Chinese policemen would make rounds and would search for refugees like myself. They would come and knock on our door and look in."

She describes one time when home alone, an officer spotted her in the house and came inside. "I had to lie my way through it. But after that I was very scared and thought I had to escape China before I got caught."

Michael Breen, a Seoul-based journalist and author of The New Koreans, says the decision to uproot your entire life and start anew is no easy choice. "It's a harsh battleground, it's a very risky journey," he says during an interview with Asia Focus in Seoul.

After crossing into China the risk of being caught and sent back to a grim fate in North Korea is high, he points out. As China sees defectors as illegal economic migrants, if caught they must be sent back over the border.

"The great tragedy if you like is China's willingness to send people back, to proactively go looking for North Koreans. From a humanitarian point of view it's just downright nasty."

Pastor Chun Ki-won, the founder of Durihana -- a missionary-led NGO helping North Koreans escape through China -- explains: "The punishment in North Korea if you are returned is very severe, and people are aware of that now. Most likely they will be sent to labour camps, or at worst executed. Usually, they can't even leave their rooms in China because of the high risk of being caught"

Human and sex trafficking of North Korean defectors is "absolutely still a risk", adds Sokeel Park, director of research and strategy at Liberty in North Korea (LiNK), one of the largest NGOs helping defectors escape through China.

Park admitted that sex trafficking was much more of an issue 10 years ago when many defectors would make the journey without a plan or much protection lined up. But trafficking still remains a risk for those travelling through China. "Still today, there are some North Korean women who face this exploitation. Some of the people we bring through come from this sort of experience."

Yoon Ha, a defector who was helped by LiNK, explains on its website that she was a victim of this experience. Helped to cross the Tumen and escape into China by a Chinese couple, she was quickly warned of the incredible risks living alone in China and the potential to be sent back to North Korea. They told her of the safer option, to marry a Chinese man and she heeded their advice. Soon after that, she realised what had happened.

"I saw the man give money to the couple who had brought me there. It was then that I realised that I had been sold."

The journey to freedom is dangerous and it is perhaps why fewer North Koreans have been attempting. Park explains that the number has been falling, with around 1,400 people reaching South Korea last year, the lowest it has been in recent years.

"It is getting much more difficult so fewer people are trying. The primary reason is border security. There has been a significant increase in security on both sides," he notes.

For those who do cross the Tumen the usual destinations before South Korea are the relatively safe countries of Southeast Asia. "We usually send people to three different countries: Thailand, Cambodia or Laos. When they arrive in Southeast Asia they are much safer then when in China," Pastor Chun of Durihana tells Asia Focus.

Often using the help of Chinese brokers, defectors cross into one of the friendly countries, often Thailand, where they wait resettlement to South Korea. Depending on the country and the individual case, this can take a couple of months as defectors wait to be vetted and assessed by South Korean security officials.

Joon Hee and Sae Won travelled from China through Laos before entering South Korea. Won was "itching and excited to get to Laos", while Hee, who recounts the moment a border guard entered their bus just before entering Laos but failed to check IDs, was equally excited. "But I had a lot of expectations for what South Korea would be like afterward." Both now live happily and safely in Seoul.

The tragedy of North Korea and the plight faced by its people is arguably one of the most pressing issues of this age. For those who do attempt to seek a better life, the reception in China is at best hostile, at worst evil.

"A lot of Chinese, when they hear about these stories, they get very upset. They ask, why do we treat these people so badly? What have they done?" Breen says.

"When you read these stories in depth, you want to lobby countries' governments, and say -- can't we just be nicer?"