Tasco looks to make most of foreign asphalt demand
Business

Tasco looks to make most of foreign asphalt demand

SET-listed Tipco Asphalt Plc (Tasco), the country's biggest asphalt producer, plans to invest in new asphalt storage in Laos and the Philippines, where demand is expected to grow in line with their economies, says managing director Chaiwat Srivalwat. 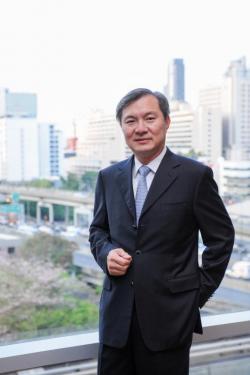 Chaiwat says Tasco plans to invest in new asphalt storage in Laos and the Philippines.

The company aims to start with building an asphalt storage facility in Laos with a capacity of 4,000 tonnes a year at a cost of 100 million baht. Operations are expected to start this year.

Tasco also expects to finish its feasibility study of storage capacity in the Philippines by the end of the year, Mr Chaiwat said.

"We expect to make our final decision about the investment plan in the Philippines by the third quarter of this year," he said. "This is part of the company's plan to invest more in the developing Asean countries where demand for asphalt is expected to grow rapidly."

Tasco recently announced a plan to invest in asphalt storage in Malaysia with a capacity of 4,000 tonnes a year worth 270 million baht.

For business in Malaysia, the company expects to get a boost from the Malaysian government's plan to invest more in infrastructure projects during 2018-22.

"That would help create a certain amount of additional revenue for the company over the next few years," Mr Chaiwat said.

In addition, Tasco plans to buy new vessels with storage capacity of 150,000 deadweight tonnage for better logistics to capitalise on rising demand. The company owns 10 vessels at present.

Mr Chaiwat said the company has assigned a total investment budget of 2.2 billion baht for 2017.

He said Tasco will give more attention to India, where the government plans a great deal of infrastructure projects, particularly in road construction, which will raise demand for asphalt.

"That will help create asphalt demand of 500,000 tonnes to 1 million tonnes a year in India," Mr Chaiwat said.

He said 2017 revenue should rise in line with growing demand and higher global asphalt prices, which have recovered to above US$300 (10,000 baht) a tonne.

Moreover, the international market remains positive, with Tasco expecting exports to traditional buyers in 19 countries to remain strong this year.

TASCO shares closed Friday on the Stock Exchange of Thailand at 21.90 baht, down 20 satang, in trade worth 78.8 million baht.