Video game makers, who have traditionally shied away from in-game advertisements, are warming up to optional rewarded ads, a less intrusive alternative that may help smaller players monetise their titles.

This year the market for mobile gaming topped US$46.1 billion (1.53 trillion baht). In Thailand, the total revenue generated by the top 10 grossing iOS and Google Play games grew 85% year-on-year.

The lion's share of the revenue is generated from in-app purchases, which accrue almost in their entirety to makers of top games like Tencent's Honor of Kings.

These revenues are dependent on dedicated gamers -- less than 2% of users -- and while Tencent and Digital King (maker of Candy Crush) take home margins upwards of 70%, smaller makers find it hard to maintain steady revenue streams.

For a long time, game makers veered away from advertisements, fearing that they might compromise the gaming experience. However, even the likes of Tencent and Digital King are now considering rewarded advertisements (optional ads that "reward" players with items they would have otherwise need to buy), which are seen as a less intrusive alternative.

Analysts estimate Digital King could generate more than $1 billion through 2019 if it decides to push forth with the in-game ads it has been testing on some of its titles.

Smaller companies like Zynga, the maker of Farmville, generated close to $200 from in-game ads last year.

"Even in the largest games the world, less than 2% of DAUs [daily active users] actually make in-app purchases. To add insult to injury, in India and Southeast Asia this number is significantly lower. What this means is that rewarded video ads actually have become one of the biggest sources of revenue for game publishers," said Rohit Sharma, chief executive and founder of India-based mobile advertising firm POKKT.

While some makers claim that including advertisements depletes the trust of players in the long term, almost 90% of publishers report that reward ads "provide a positive user experience", according to an AdColony report.

As smartphone penetration rates soar, in-app advertisements have grown much faster than advertising on mobile browsers. In Thailand, for example, in-app ads have risen 13 times faster than their mobile web counterparts, and the share of rewarded ads in the advertisement market has steadily increased over the last few years, said Mr Sharma.

For gamers and game companies, these ads seem more acceptable as they are optional, and they "pay" the user for their time and attention. While traditional ads may result in high attrition rates, rewarded ads may keep non-paying players on board, since they allow them with a free avenue to advance in the game.

In a study by Video Game firm Unity Technologies, close to two-thirds of game makers said including in-game rewarded ads "stabilised or increased" their user retention.

"Players who complete a rewarded advertising offer within their first week of downloading an app have a retention rate of over 50%, compared with the usual 13% for all other app users. Rewarded ads have been found to increase mobile app retention by at least four times," he said.

Games are a relatively unexploited area for advertisers, but they have the potential to be one of the most fruitful. Rewarded ads allow advertisers to hold the attention of players for longer spans of time since they have to watch until the end in order to receive the reward.

"The attention span of the average player is five or six seconds, so the need to need to finish viewing the entire ad also increases the likelihood for better brand awareness," said Mr Sharma. Moreover, because they receive something valuable, players tend to be more engaged with the content, he added.

Longer video advertisements like the ones produced by POKKT have traditionally been seen as risky, because they give viewers ample time to close the app while their engagement levels are down. The same, however, can be said of any other platform, said Mr Sharma. "The risk can never be eliminated, the key is to prioritise user experience to minimise the likelihood that they will close the app."

The probability that publishers will implement in-game advertisements depends at least in part on the title's genre. "Mid-core games in China and Japan might focus only on in-app purchases. However, they are mostly the exception as most casual game publishers are already using ads," said Mr Sharma.

For game publishers, the main risk is cannibalising paying users. Rewarded ads are a taster, however, said Mr Sharma, "aimed at enticing users with an introductory experience of premium content, and gradually increasing their willingness to pay further down the line". 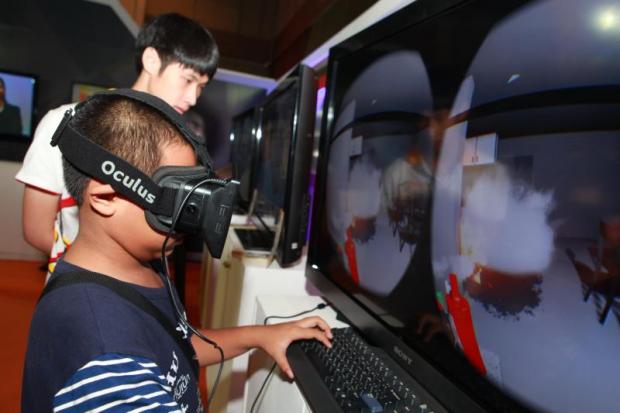