Giffarine upbeat on growth as orders start coming in
Business

Giffarine upbeat on growth as orders start coming in 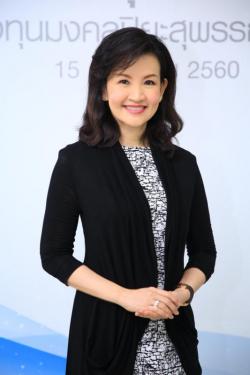 President Nalinee Paiboon said the direct sales business has become more active since early this month, leading her to forecast an industry growth of 1-2% to 95 billion baht this year. She expects the sales momentum to continue until next year.

Her projection echoes that of the Thai Direct Selling Association (TDSA), which recently forecast the industry could eke out growth of 2% this year to 95 billion baht, driven by health and food supplements.

Sales in the segment are expected to contribute more than 30% of the TDSA's total direct sales value this year as consumers become more health-conscious, up from only 10% over the past decade.

Apart from health concerns, increasing numbers of millennials in direct sales also play a part in driving the industry's growth, according to the association.

There are 32 direct sales companies under the TDSA, whose sales make up 60-70% of the country's total direct sales.

The government's shopping tax break is also expected to give a boost to Giffarine's New Year gift basket sales, he said.

Encouraged by the good signs, the company plans to spend 150-200 million baht to finance its sales campaigns next year, with about 40% going to online marketing activities.

"We are set to aggressively expand our sales promotion from the first half of next year instead of the normal second half, as we are very optimistic about business prospects next year," said Mr Pongpasu.

Giffarine expects its sales to reach 5 billion baht this year, up 1-2% year-on-year.