While the tobacco giant rallies regulators worldwide to sanction heat-not-burn products, the jury is still out on the company's claim of reduced harm.

Philip Morris International is switching its strategy to emphasise its heat-not-burn tobacco products, which, according to studies submitted to the US Food and Drug Administration, contain less harmful agents than traditional cigarettes.

But in Thailand the company is still barred from retailing its reduced-harm devices, even as 300,000 Thais already use e-cigarettes illegally.

The company has begun a worldwide campaign to push for consumer and regulatory acceptance of its smoke-free products, which included a complete redesign of its website. Some executives have gone so far as to have the phrase "smoke-free future" printed on their business cards.

The company has also backed numerous studies in support of its products, lobbying regulators around the world to lift marketing bans and levy lower excise tax rates on them, reflecting their arguably less harmful nature.

Speaking with The Bangkok Post, Gerald Margolis, managing director of Philip Morris Thailand, framed the campaign in terms of giving people who are already smokers a safer alternative.

Regardless of Philip Morris' concern for smokers, moving customers to smoke-free alternatives will give it a veritable competitive edge in terms of pricing, marketing, reputation and product design.

Local cigarette makers like Thailand Tobacco Monopoly, for example, may take years to develop credible alternatives to Philip Morris IQOS, which cost US$3 billion dollars (95.8 billion baht) and 10 years to work out.

Moreover, the company will not stop selling traditional cigarettes, which still generate most of its income, in the foreseeable future, which means that its balance sheet will be cushioned even if the campaign fails.

Cigarettes contain more than 5000 harmful and potentially harmful components (HPHCs). Heat-not-burn products can reportedly eliminate a substantial part of HPHCs that are produced by the burning of tobacco. 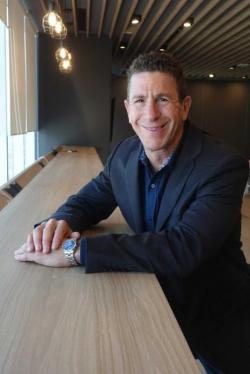 Mr Margolis says he seeks to give people who are already smokers a safer alternative.

According to studies submitted by the company to the FDA last year, devices like IQOS, which deliver the nicotine and flavour of tobacco with minimal heating, eliminate 95% of HPHCs delivered through traditional smoking.

Sceptics says there is not enough evidence to confirm that the devices decrease the risk from tobacco, as opposed to simply eliminating harmful constituents, charging there were certain irregularities in the studies supporting these reduced risk products. In a December investigative report, Reuters said the company's studies were suspect, among other things, because one of the investigators did not seem to have enough knowledge of tobacco to conduct the study, and another submitted a urine sample that was suspiciously large.

The company said it has taken steps to investigate and remedy the irregularities, adding that the FDA had toured several of its facilities.

According to the Shareholders Foundation, an investor at Philip Morris International filed a lawsuit on Dec 22 in the US District Court for the District of New Jersey, in which plaintiffs accused the company of making "false and/or misleading statements and/or failed to disclose that there were irregularities in the clinical experiments that underpin Philip Morris' application to the FDA for approval of its IQOS smoking device."

Heat-not-burn products, which may secure more favourable tax and marketing treatment, and would allow it to leverage its technological edge, are at the crux of the company's competitive strategy.

The company has not issued a hard deadline by which it will stop selling cigarettes, and chief executive Andre Calantzopoulos earlier told the Wall Street Journal that "shifting the company to these products doesn't mean that I will give market share to my competitors free of charge."

Mr Margolis said the transition would require outside assistance.

"We'll stop selling cigarettes as soon as possible, but we need help from the government to switch smokers over," he said.

The device is now available in 31 markets, including Japan, where it was introduced in 2014. Close to 3.7 million smokers so far have moved over to the device, and the company increased production of so-called "Heets" or "HeatSticks" from 7.4 billion to 50 billion from 2016 to 2017.

In 2018, Phillip Morris plans to double its Heets production to 100 billion sticks, which would account for 12.5% of the close to 800 billion sticks it sold worldwide in 2016.

In Japan the market share of IQOS climbed to 12%. In some cities the share of heat-not-burn products (including those of IQOS and other makers) has grown to 40%.

"Supply has not kept [pace] with demand. While Heets can be found at 7-Eleven and other convenience stores, they've become hard to find in some markets," said Mr Margolis.

He said there has been a certain degree of cannibalisation regarding the company's traditional products.

"We are more than happy with cannibalisation, in fact we are using the same brand names, and we are using our cigarette packs to advertise the new product and encourage people to switch over," said Mr Margolis.

IQOS devices, with minor variations, retail for US$100 in markets across the world. Heet packs are sold at parity or below the price of conventional cigarettes. In the UK, were cigarettes retail at £10 pounds (439 baht) a pack, Heets are sold for £8 pounds a pack. In Japan, they are sold at roughly the same price, but are taxed at a slightly lower rate.

"I don't think the price will be barrier to adoption in developing markets. There are over 300,000 Thais already using illegal e-cigarette devices. They are ordering these devices through Line or Facebook and paying up to US$300 dollars for simple devices you can get for $15-20 in the US," he said.

The company currently makes no profit on the devices, said Mr Margolis.

Thailand is one of 28 countries where e-cigarettes are banned, according to the Global Tobacco Control, which precluding Phillip Morris from introducing Heets.

"The government is not receptive at this point, and there is also a tobacco monopoly here, so there is a lot of interaction with the tobacco industry," he said.

"We are working on communicating our findings to health officials. It doesn't make sense to deny the nearly 11 million Thai smokers alternatives that are less harmful."

If they are approved the company could potentially bypass or at least lessen the impact of Thailand's strict tax and marketing policies, which prevent the company form advertising its products or displaying them in stores, and which mandate that 85% of cigarettes packs be occupied by health warnings.

In Colombia, for example, a Reuters report said the company was able to market IQOS in spite of that country's ban on tobacco promotion, because strictly speaking, the device does not contain tobacco.

Seeking a more favourable tax treatment may be a central motivation for the move, as it would allow them to offer cheaper products that are potentially more profitable.

Asked about the profitability of the new product, Mr Margolis said it varies by market, but that the company currently does not make a profit on the device itself.

The new products could also allow the company to leverage its technology and reputation to increase its market share. By pushing a reduced-harm narrative, Phillip Morris aims to place itself at an advantage over local competitors, who could take a substantial amount of time to develop credible reduced-harm products.

"With alternatives to traditional cigarettes we have seen we can grow our market share even if the market reduces," Mr Calantzopoulos said in the Wall Street Journal interview.

Healthier products can also help lower its litigation costs. As of February 2017, Phillip Morris faced 94 pending cases across several jurisdictions, some of which involved claims in the billions of dollars.

The increasing media attention that the products received toward the end of 2017 came soon after a radical change in the Thai excise tax regime.

The new Thai excise tax regime, which calculates taxes based on recommended retail price instead of production cost, has had a mixed impact on foreign cigarette makers. While most of Philip Morris products in Thailand are in the upper tax tier, it is a much more transparent process, said Mr Margolis.

"Prices have risen quite significantly for almost every manufacturer. It's going to be hard for everyone in terms of volume and profitability. Once the tier system goes away in 2019, we will have a more even playing field," he said.

Mr Margolis said it has been hard on everyone adopting to the changes, and it is difficult to say what will happen in the long term.